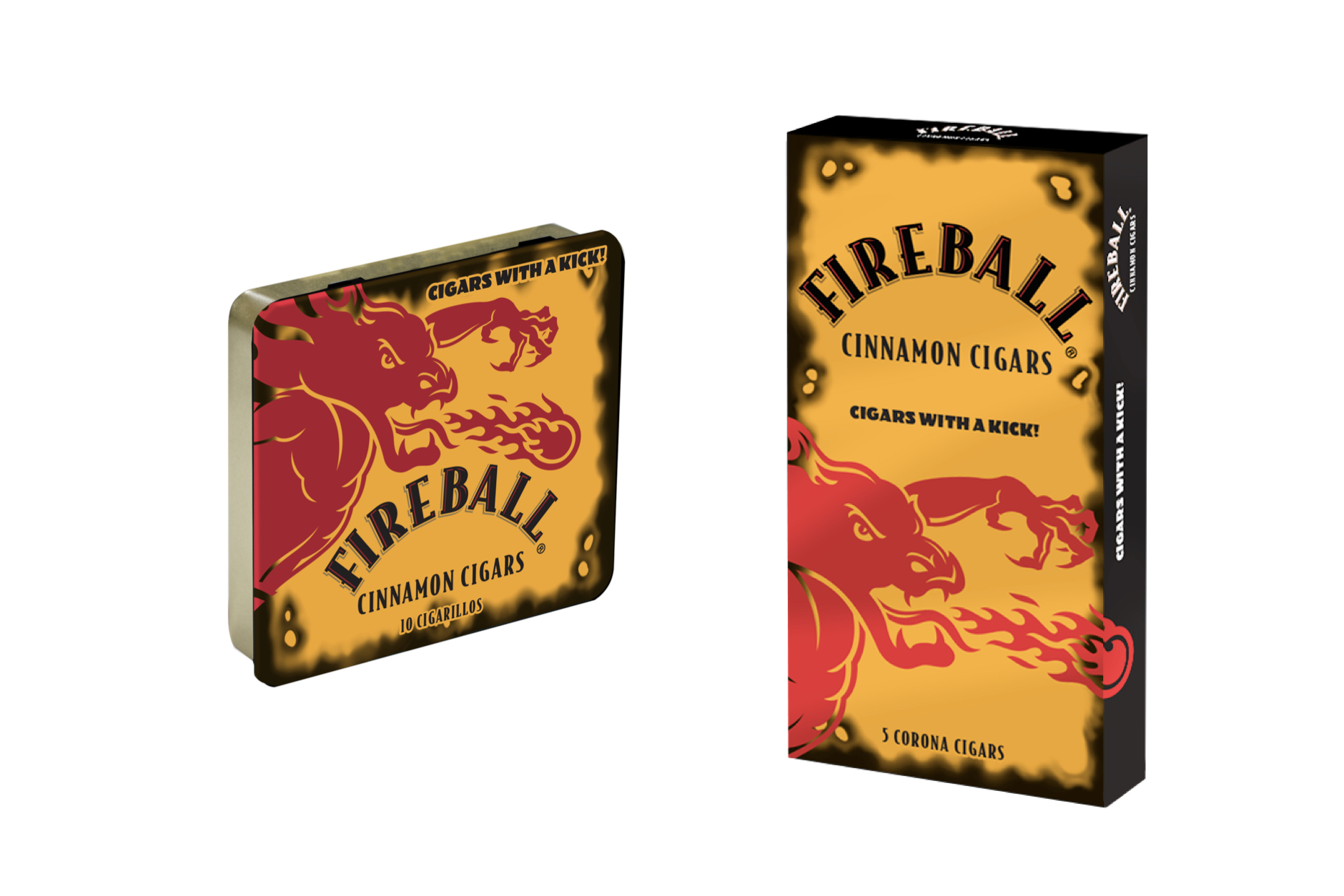 Fireball, the popular cinnamon whisky brand, is getting a branded cigar through Scandinavian Tobacco Group’s (STG) partnership with Sazerac Co., owner of Fireball and Buffalo Trace.

The new line is flavored with cinnamon and uses an Indonesian wrapper over a Dominican binder and fillers from the Dominican Republic. There will be two vitolas at launch:

The cigars will debut at STG’s Thompson Cigar before heading to the company’s other retail channels—Cigars International, Cigar.com, etc.—and will ship to stores nationwide in mid-June.

General Cigar Co. says the cigar is made in the Dominican Republic though the company is not disclosing the specific factory making the cigars.

“Fireball is one of the most celebratory and sought-after spirits on the market and we’re proud to bring that unmistakable experience to life for our customers,” said Kevin Irvine, product coordinator of Scandinavian Tobacco Group’s (STG) Online and Retail division, in a press release. “For us, Fireball speaks to disrupting the market with a cigar that’s totally fun and unexpected and we’re confident this new line will be an instant hit.”

This is the fourth release between STG—which also owns General Cigar Co.—and Buffalo Trace. The company has made a variety of cigars that are branded with various Buffalo Trace-produced whiskey brands, this is the first infused cigar. The other three releases have been a Buffalo Trace cigar sold through Meier & Dutch, Weller by Cohiba, which is being sold nationwide through General, and an Eagle Rare gift set sold by Cigars International.