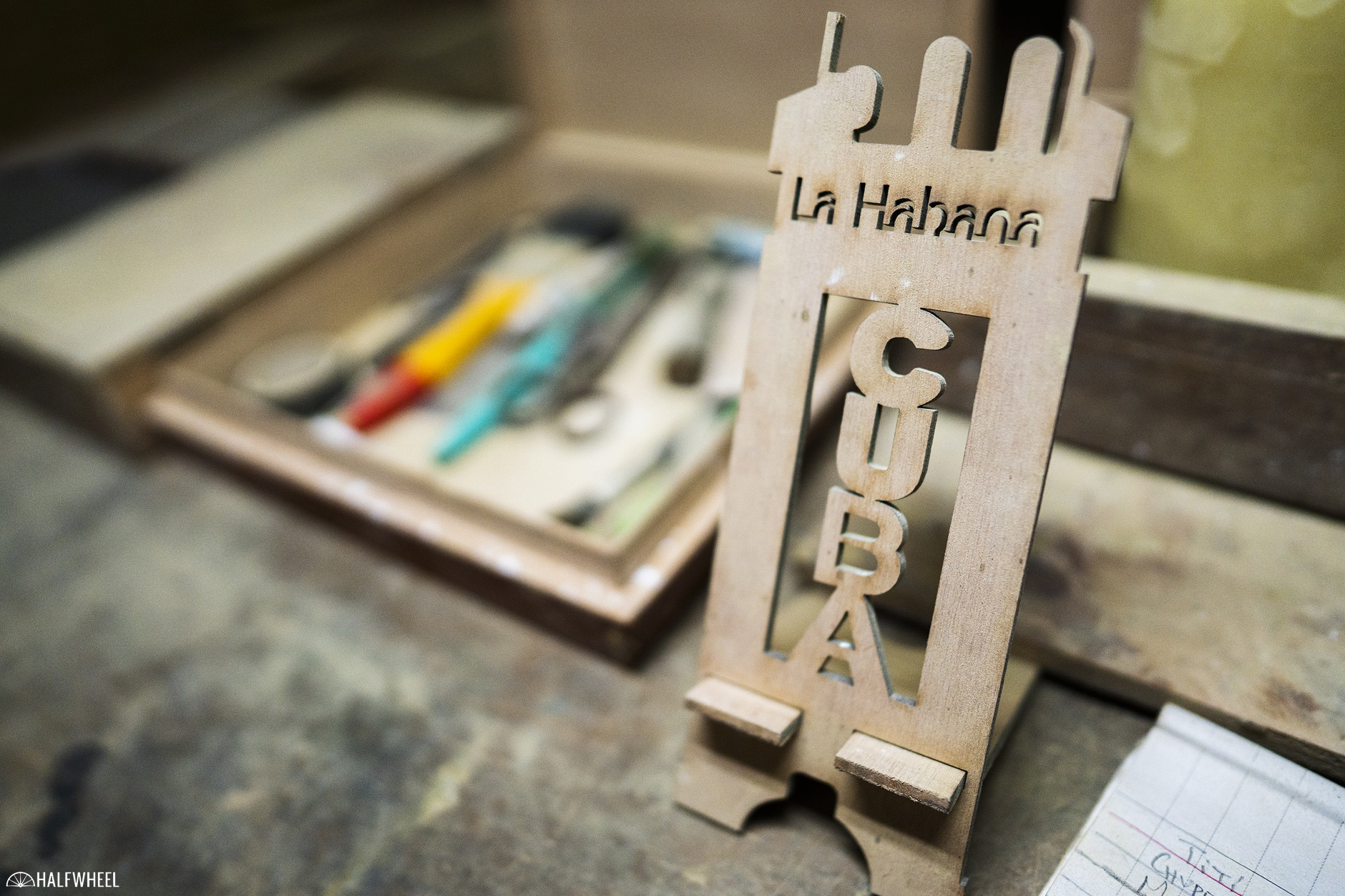 While I did wake up early to get some work done before my second full day in Cuba officially started, it would end up being a much more relaxed day, albeit the calm before the storm. After a quick breakfast, it was off to the convention center to spend some more time at the actual trade show part of the Festival del Habano.

When I first came to the Festival del Habano years ago I was expecting something much larger than what’s here. Compared to American trade shows where there’s oftentimes hundreds of thousands of square feet of trade show space, the Festival del Habano’s trade show is two floors, one of which was is actually more of an open-air market, and it features less than 100 booths spread between two different floors. The vast majority of booths are made up of alcohol, clothing, antiques, cigar accessories and custom humidors, and most of the vendors tend to occupy the same spaces year after year. The first stop I made was at the Adorini booth, where Torger Brunken was showing off not only his well-known humidors and accessories but also Vedado, a rum brand named after the central business district and neighborhood in Havana. A blend of three different Cuban rums, Vedado comes in at 39 percent ABV and is meant to be paired with cigars. Next, we ran into Ariel Gonzalez, a custom humidor maker and artist that I met years before while covering the festival and someone I talk to every time I visit Cuba. Although we had tried to set up a time for me to visit his box factory multiple times in the past, we had never been able to make it work; but this year was a bit different. Since I was pretty much done walking around the trade show, I decided to stop by his facility later that night after dinner. After a quick dinner, it was on to Ariel’s facility, which occupies about 3,000-square-feet and is located in an industrial section of Havana. Walking around the factory, I learned the history of Ariel and his business, which started with him training under a master humidor maker for more than 10 years before going out on his own. That happened about 10 years ago, and since then the business has grown from eight workers in a location occupying his front and back yards to the current location where 30 people have jobs. In addition, Ariel is planning on opening a new facility in the near future that will encompass even more workers and more space.

According to Ariel, the main reason for his increase in business is a new contract with Habanos S.A. to produce boxes for a number of different cigar releases. The boxes that he currently makes used to be made in China, but Habanos S.A. decided to move some production back to local artists. After saying our goodbyes to Ariel and his team, it was time to go back to the Casa Particular, basically Cuban airbnb, to get some work done and turn in a bit earlier than normal, as the next day will be quite a bit more busy in just about every aspect.