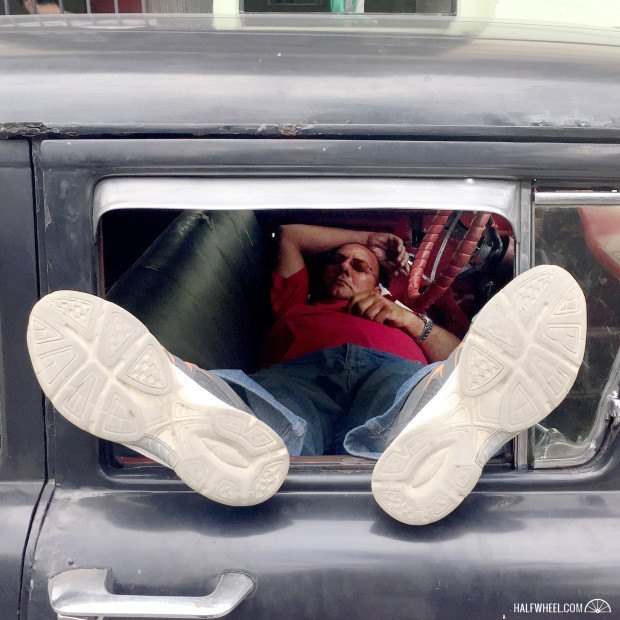 After writing my day-by-day posts of the actual events during the Festival del Habano XVIII, I thought I would take a little time to put down my thoughts on the festival as well as the city of Havana and Cuba overall.

As others have reported around the internet, the city of Havana seems to be perpetually stuck in the past, with cars, buildings and even furnishings harking from much earlier eras. It is fascinating to see—and ride in—lovingly restored cars from the 50s and 60s, although most cars I used for taxis were far from that nice, and a couple of them seemed to be more rust than car. 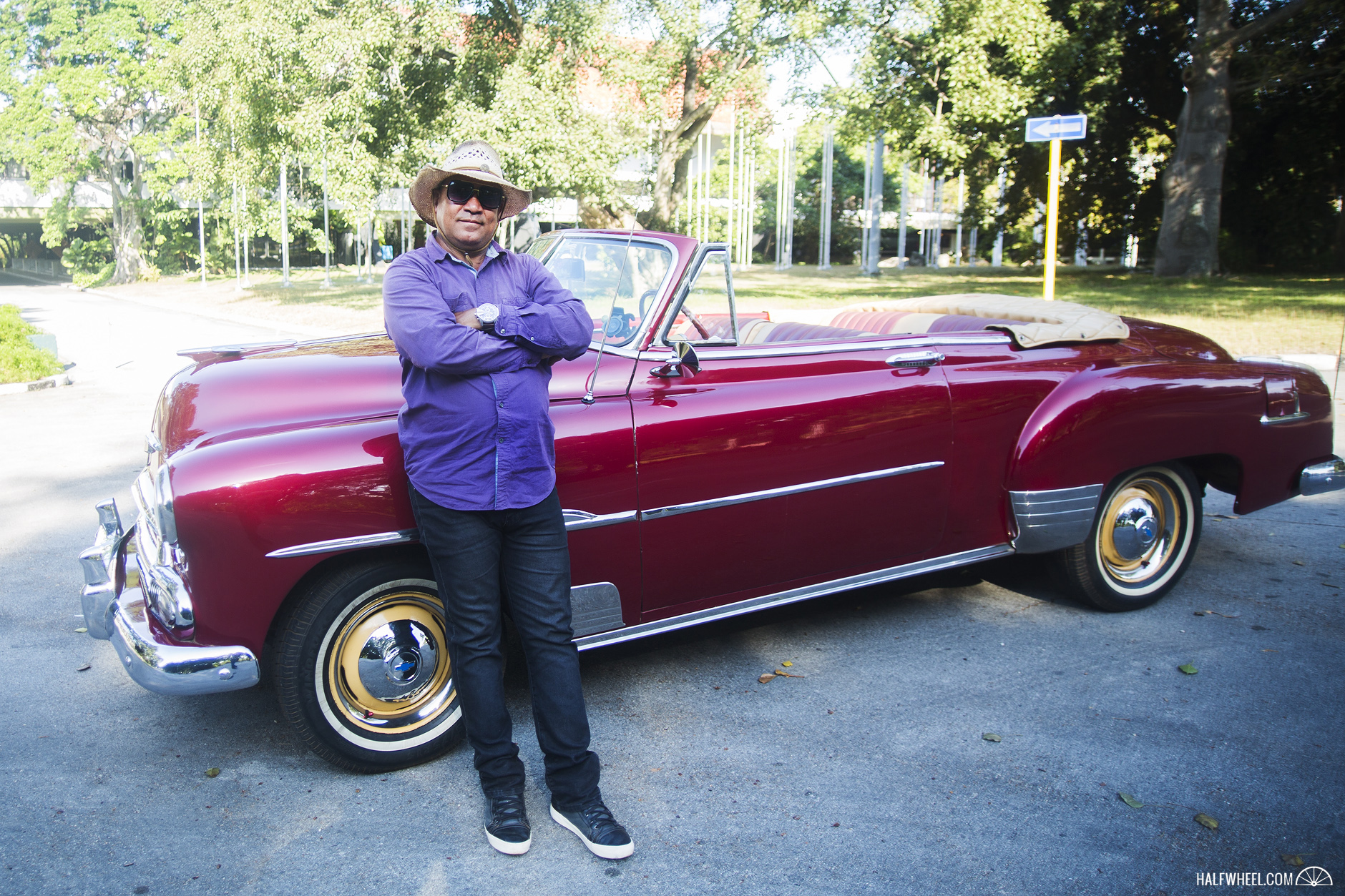 Of course, there were issues, especially coming from a major metropolitan area. Working as part of the media, the internet situation can only be described as extremely challenging, with people needing to purchase internet cards—usually in one hour increments—that work in specific locations. Some work in different hotels, while other hotels’ internet can only be accessed by using its specific cards. This means that wherever you are, there is a very good possibility that you will either have to purchase a different internet card, or won’t be able to get online at all.

Although there were a few exceptions—mostly people working for the festival ironically—the people of Havana were not only overwhelmingly courteous and kind, but also extremely positive about their future.

I had many conversations with locals about the possible ending of the embargo and what it would mean for their country, and as a whole, they are looking forward to whatever that may bring. I was concerned my Spanish would hinder me, but I was able to get around quite easily with a combination of Spanglish, the little Spanish I knew and the little English each Cuban knew.

In every new place I visit, really try to take some time to shoot some photographs for myself, and this trip was no different. While I am far from a great street photographer, I decided to visit Old Havana and just walk along the streets to see what I could see. I chose the late afternoon time frame, and there were quite a few people who were coming home from work, sitting outside or talking with neighbors. 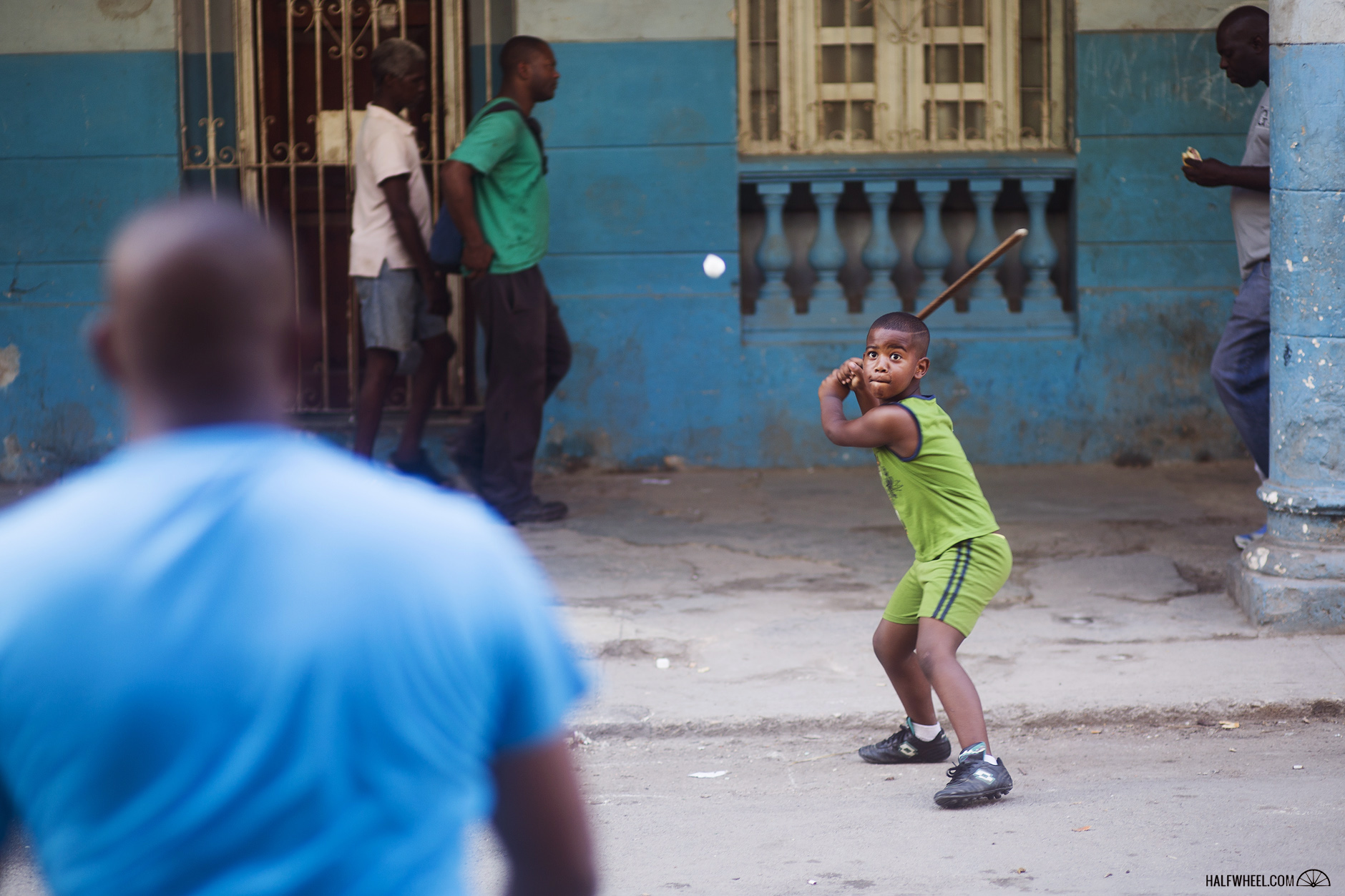 While I would not call the area I was in slums, it was certainly a run down part of town, but the people who lived there seemed happy and content, at least for the short amount of time I saw them. I ran across a father playing with his two sons in the street, using a stick of wood as a bat and a bottle top as a ball, and I could hear their laughter and joy when they hit the ball long after I left them. 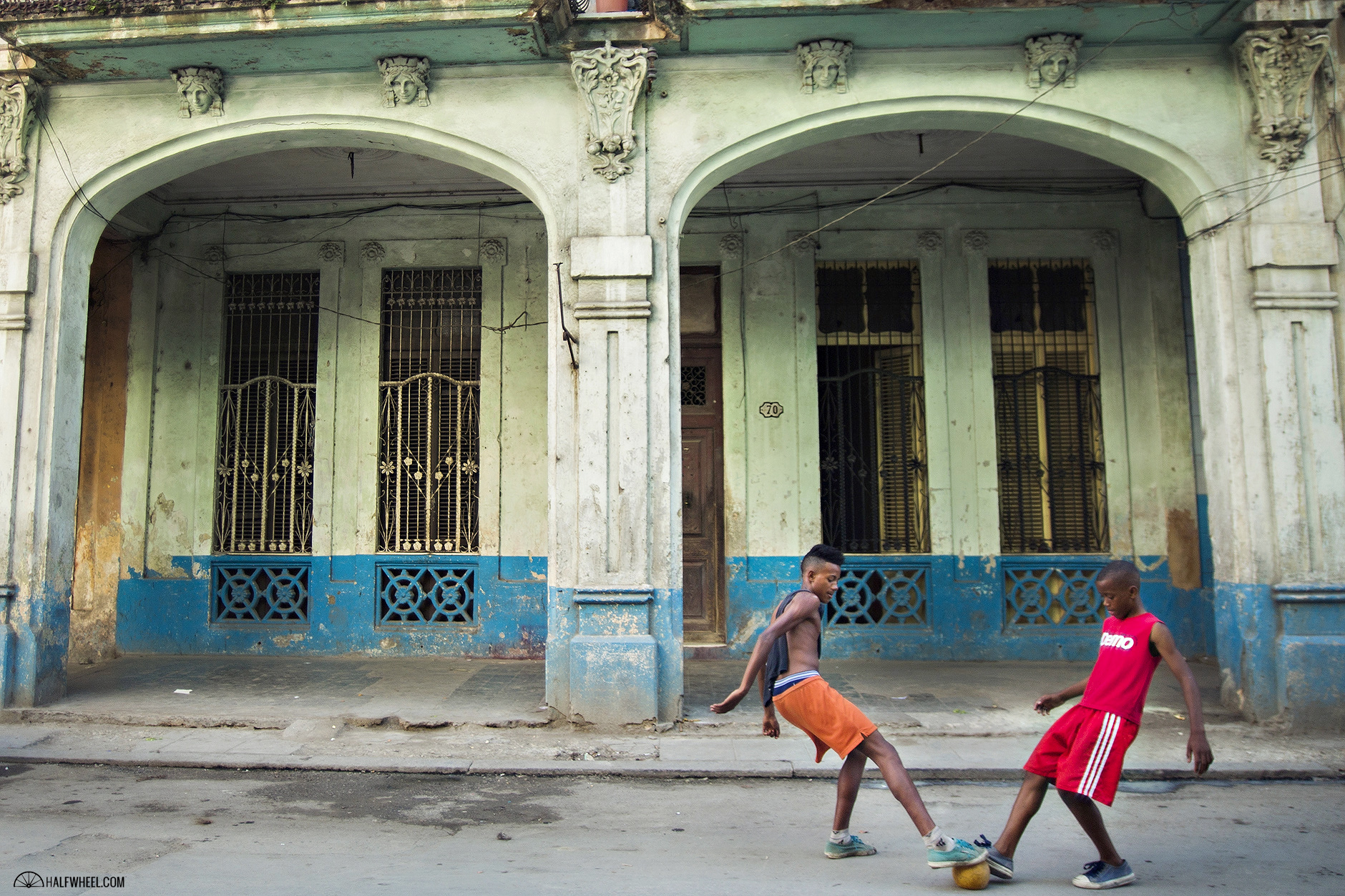 On another street, I found an impromptu soccer—sorry, football—game taking place, and although fouls did not seem to be getting called all that often, all of the participants were enjoying themselves quite a bit.

Of course, I did not go to Cuba just for the people or the atmosphere, but for the Festival del Habano. As with Cuba itself, the 15th incarnation of the festival had its ups and its downs. 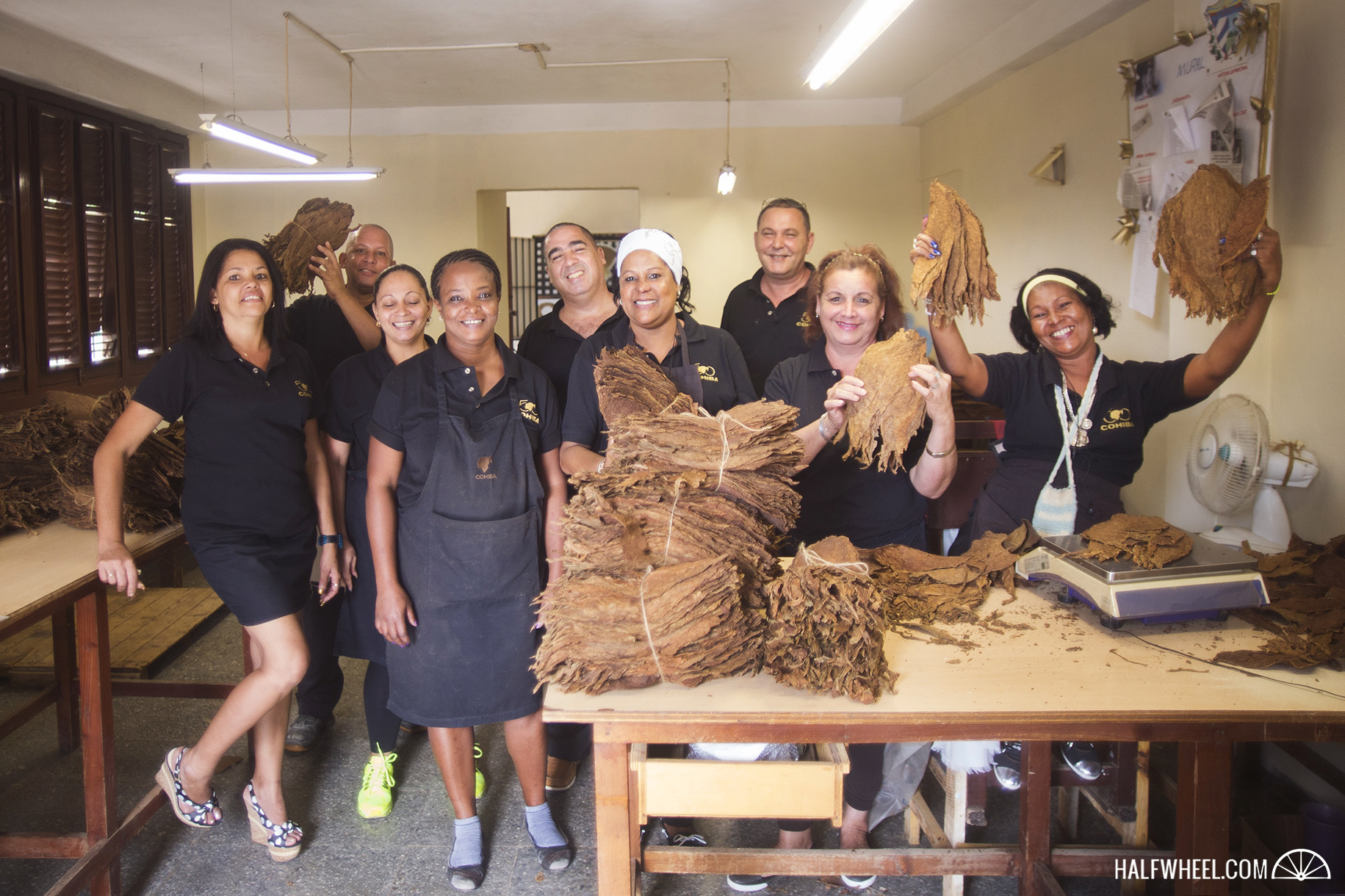 There were quite a few different seminars that people could go to, and while I have never been a fan of sitting around for hours on end and listening to people talk in a huge room filled with people, the seminars were quite interesting, and the fact that you could smoke while attending was a definite plus. My personal highlights included the chocolate and cigar pairing seminar, the cigar rolling seminar and a history lesson on the Cohiba brand.

In addition, although I thought it would get monotonous after a while, the XV International Habanosommelier competition was fascinating, and really did explain quite a few things in detail that I had not thought of before.

The trade show was a bit small, but there were some interesting booths that I had not seen before at other shows, including some vendors selling vintage looking humidors, and free rum samples are never a bad thing. I was also extremely impressed with the three official events on Monday, Wednesday and Friday nights, which were well run, visually interesting and different enough to make sure that they did not overlap each other.

However, with all that said, there were some fairly significant issues that I noticed as well. While I have already mentioned the problems I had getting press credentials and the much, much too long bus ride to Pinar del Río, there were also major issues with regular attendee passes after a number of them were cancelled by Habanos at the last minute due to the event being oversold, forcing people to scramble to find replacement tickets, sometimes at significant price increases. It all worked out in the end for the people I knew, but it was quite stressful for a time. 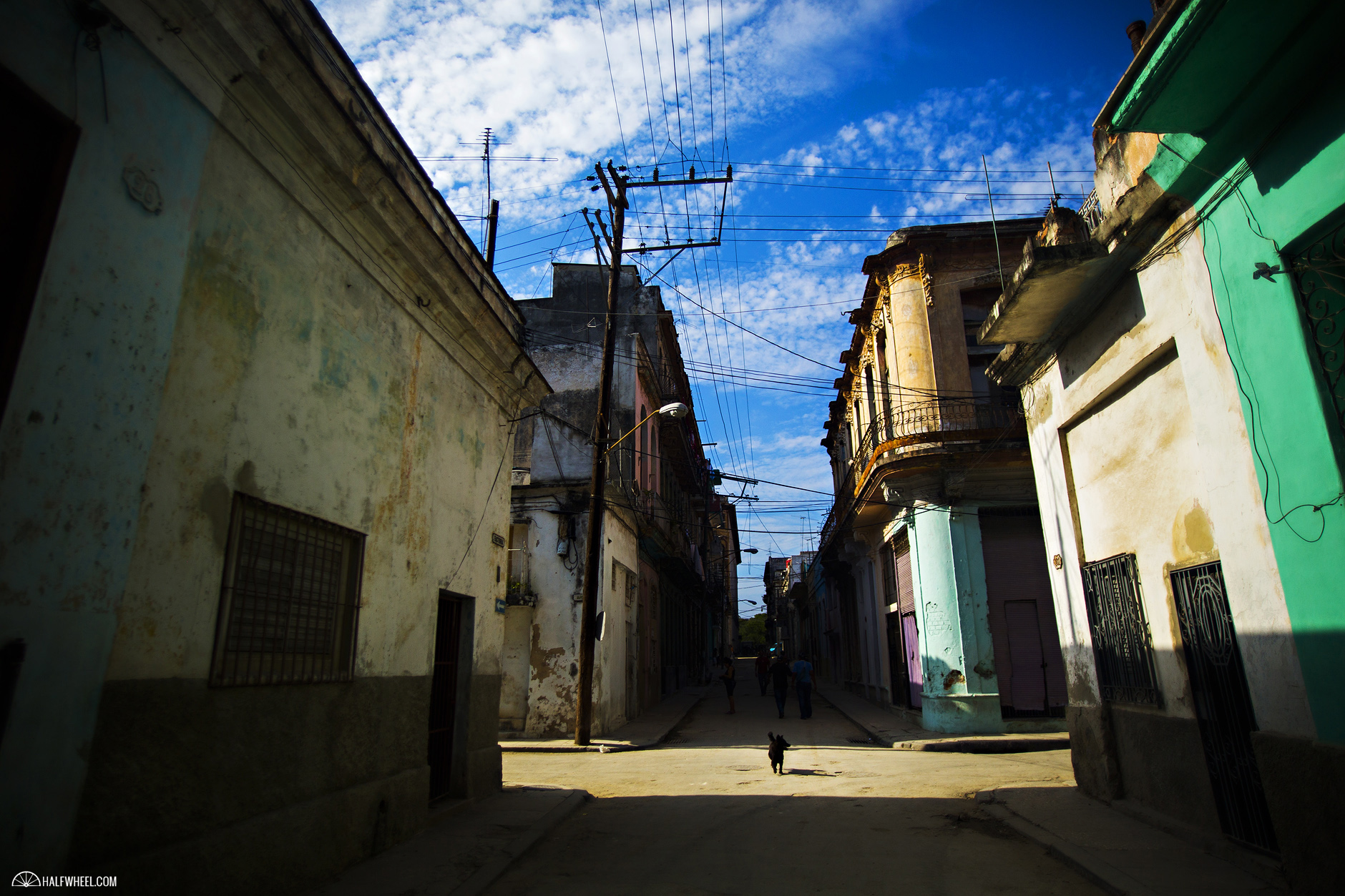 In addition, getting in and leaving the country was an exercise in frustration, as it look over three hours to get my bag when I came into the country—I would love to have not had any checked baggage, but the amount of camera equipment I took precluded that—and there were major issues when we left as well. The flight that I and some others were on was delayed by more than eight hours, and the government had already taken our visas, meaning that we had to stay in the main terminal for the entire length of time. We finally left at close to 12 a.m., but those of us without direct flights had to book new flights home after missing our connecting flights out of Miami.

Finally, I just do not understand the point behind Habanos refusing to include samples of the cigars given to attendees to the accredited members of the media. I get that they want to keep the cigars somewhat exclusive to the people who paid for the tickets, but it would only help them as an organization to have those cigars out there, and if we have been accepted as an accredited media enough to cover the event, than it should stand to reason that the cigars should be a part of that.

In the end, my trip to Havana to cover the Festival del Habano was exactly what I expected: memorable in most areas, and frustrating in others. The city and people are welcoming and I would love to go back, especially now that I have experience on how things work.