The building, which was recently renovated and is currently a brewery, was decked out in red and white with musicians and food performing on the outsides of the building, with one side dedicated to Romeo and the other to Julieta. Attendees were greeted with red and white roses and then enjoyed a sampling of Cuban hors douveres and cocktails while listening to a variety of Cuban musicians. The headlining act of the night was Descemer Bueno, a Cuban pop artist who just won three Latin Grammy Awards last year for his song “Bailando.” He gave an energy-filled performance with several guest stars that wowed the crowd, especially the locals in attendance. 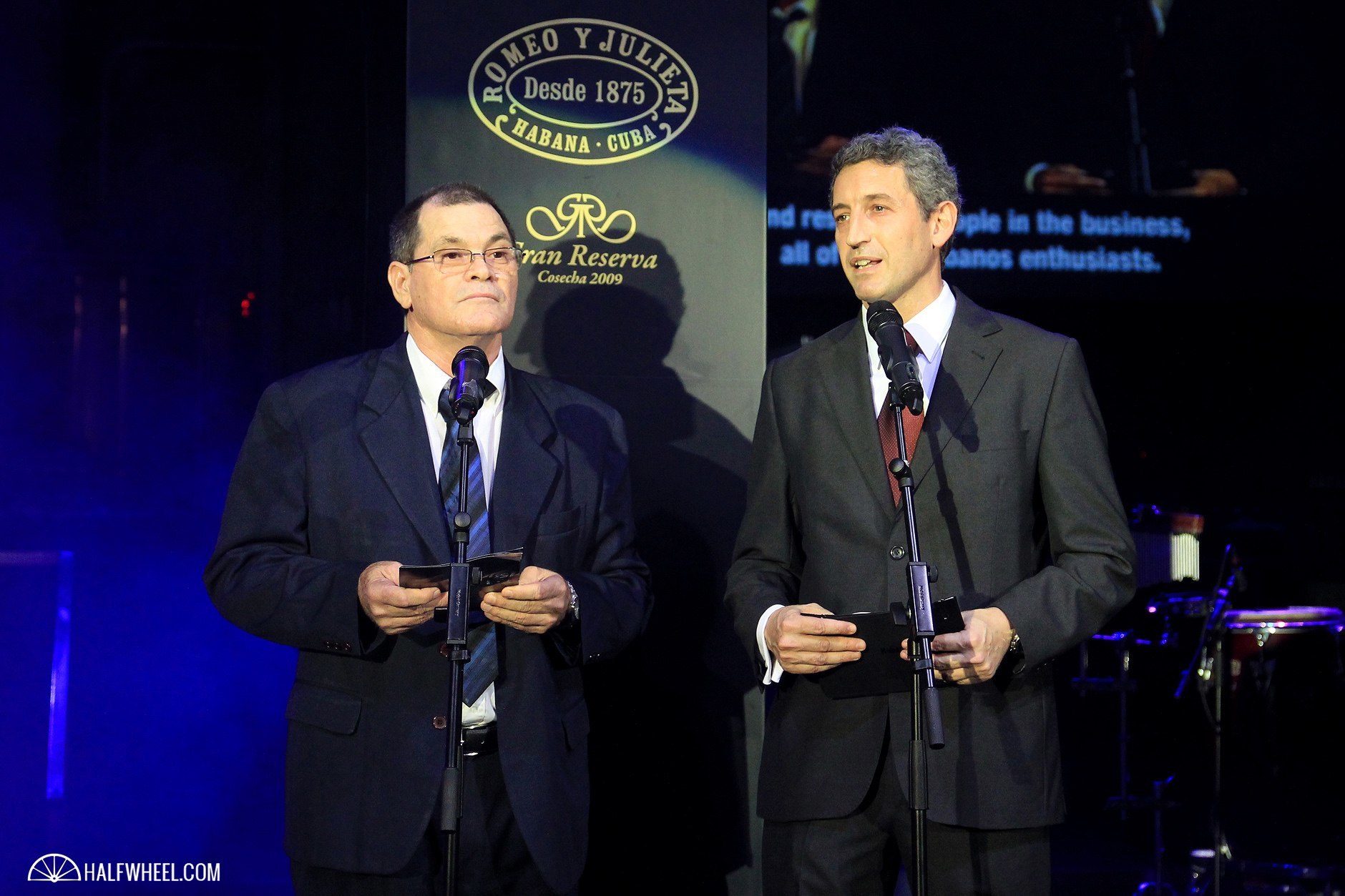 During the event, Havana Club was showing off not only a variety of rums, but a variety of branded mixers that can be added, including the essences of honey, coffee, island fruit and “aromatic leaf,” which uses tobacco. I can’t say I was floored by the aromatic leaf additive, but it is interesting to see a very traditional rum company exploring this new product.

Day two was supposed to begin with a trip to a tobacco farm in Pínar del Río, but an invitation to a special tasting put a quick change in my plans. Instead of heading west, it was back to the Palacio de Convenciones to join a small group of attendees in getting to sample the new Añejados releases, the Romeo y Julieta Pirámides and Montecristo Churchill. The cigars were not only being sampled on their own, but in pairings with Havana Club Grupo de Maestros and Havana Club 15 Años. I also poked around the trade show floor once again, which was still fairly busy despite many people being out on the farms. It was a half-day for the exhibitors so I didn’t have time to see everyone again, but did come across some selections from the accessories maker HFBarcelona, which recently signed a distribution agreement with Miami Cigar & Co. and have been showing up in U.S. stores in recent months. There were also more cigar antiques to explore and a number of elaborate humidors on display. At every turn there seemed to be an even more elaborate humidor from the one prior, depicting tobacco barns, buildings, company histories and more. 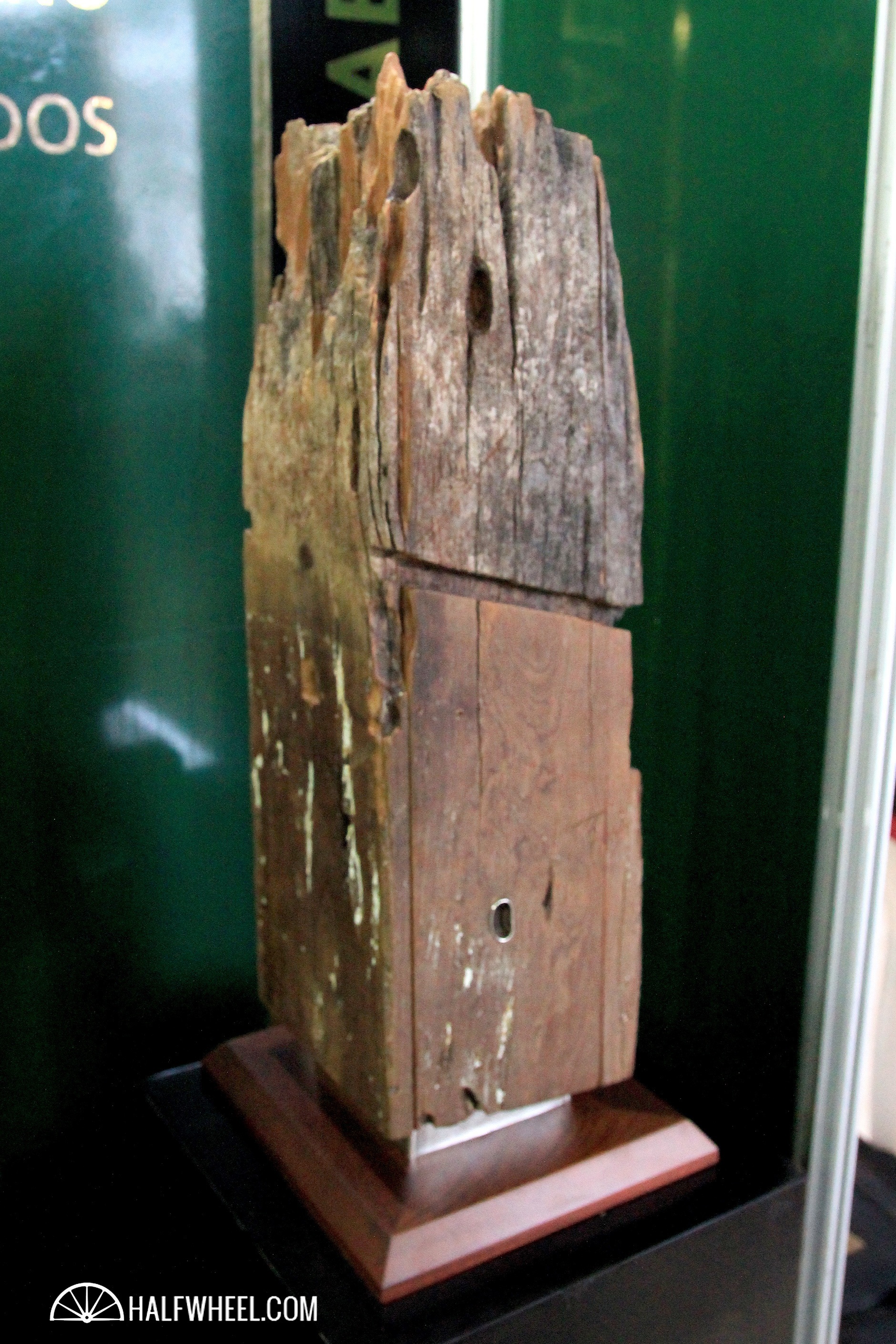 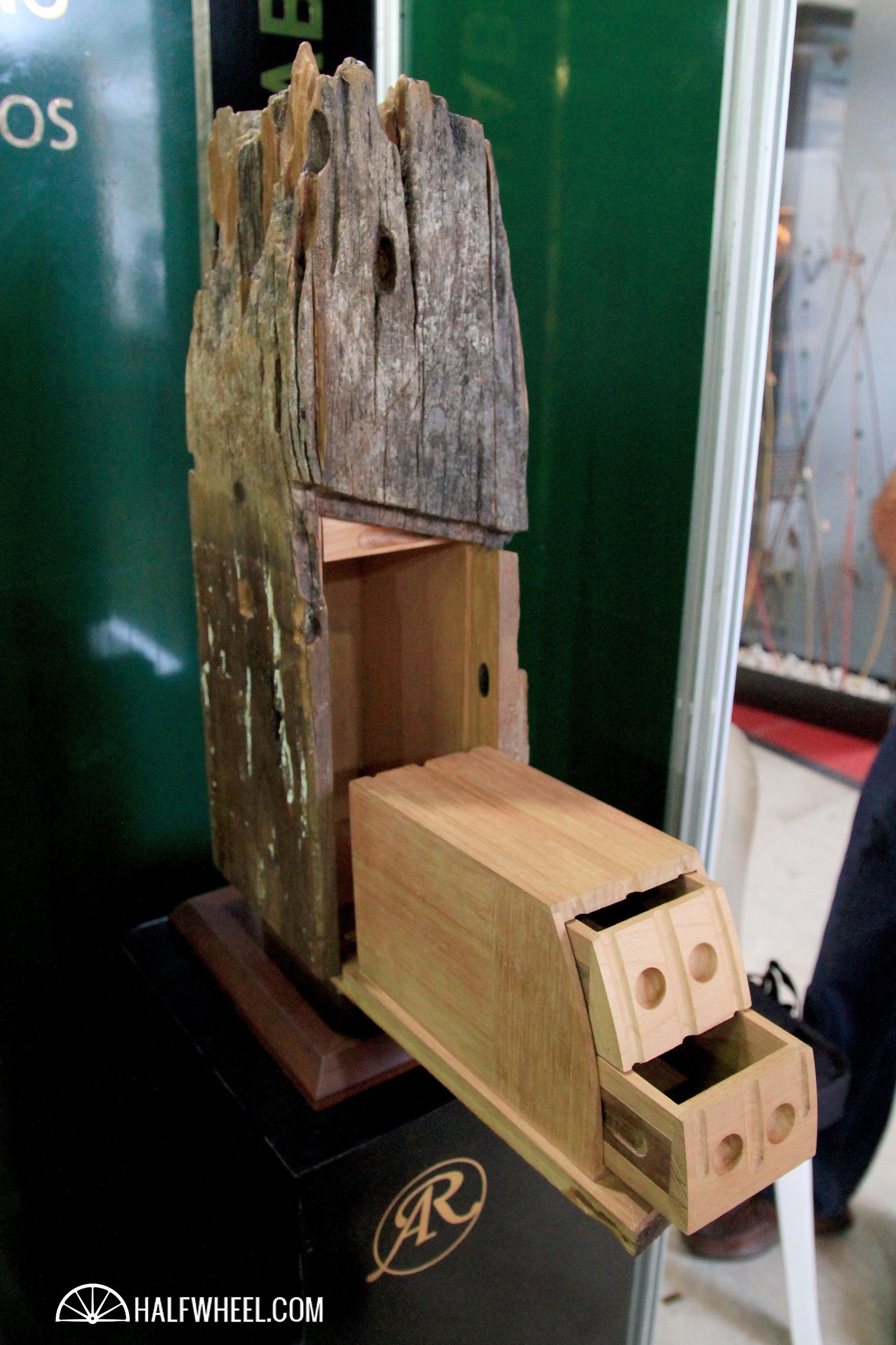 With the show floor closed, (and if I heard correctly) a meeting of Congress happening that afternoon in the space being used by the Festival, it was out of the convention center and into a cab for a quick trip to Club Havana and one of my favorite La Casa del Habano shops. It’s located in the west end of the city and home of the famous Monsdale cigar, a house-rolled stick that got its name because of the shop’s previous manager, Enrique Mons. The shelves were well filled with boxes of cigars, most of which were from 2013 and 2014, though a few earlier years showed up with a bit of investigation. It’s a store that makes you feel immediately at home, with an airy lounge filled with huge, comfortable leather chairs and an environment that invites you to kick back and relax with a cigar.

From there it was on to check out a few other La Casa del Habano stores in Havana, as the majority of the day is left unscheduled so that distributors, retailers and other groups can organize smaller get-togethers, a welcomed breather after a full first day. I’m hoping to stumble across a good paladar for dinner, and if nothing less a place to get a haircut.

Day three features an international seminar to start the day, then a presentation on the history of tobacco factory lectors, a master class on cigar rolling and the Habanos brands, with a cigar and Chianti wine pairing and an evening celebration of the 25th anniversary of the La Casa del Habano franchises.