After an uneventful night on Tuesday, I was up again bright and early at 7:30 a.m. to get a jump on the day. Most of the scheduled events were held at the convention center, and I was looking forward to some of the presentations that would be taking place. First up was a lecture titled “Habanos and chocolate: Two Pleasures from Paradise.” As the somewhat hammy name indicates, this was a seminar wherein the attendees were given a cigar—in this case, a Cohiba Siglo VI—and two different pieces of chocolate, then were asked to combine the two on our palates. Although it is far from a normal practice, I have enjoyed chocolates with cigars before, and this proved to be extremely enjoyable.

The speaker for the lecture was Dr. Maria Cristina Jorge, director of the Chocolate Institute of Latin America, and as participants smoked and nibbled, she went through a speech which included the history of chocolate, a slideshow of historical images and the unique ways that different tobacco and different types of chocolate could be combined to end up with specific combinations of flavors. The actual chocolate that was tasted was composed of 60 percent cocoa and filled with a combination of honey, Havana Club 3 Anos rum and lemon skin.

The lecture was both informative and enjoyable, and interestingly, by combining the cigar and chocolate, I did end up with some great flavors that I did not taste when I tried each alone, including coconut, orange and sweet rum. In addition, an interesting tidbit that I picked up was that when pairing chocolate with cigars, it is best to eat chocolate with high levels of cocoa, as it combines well with the tannins that are present in the cigar. 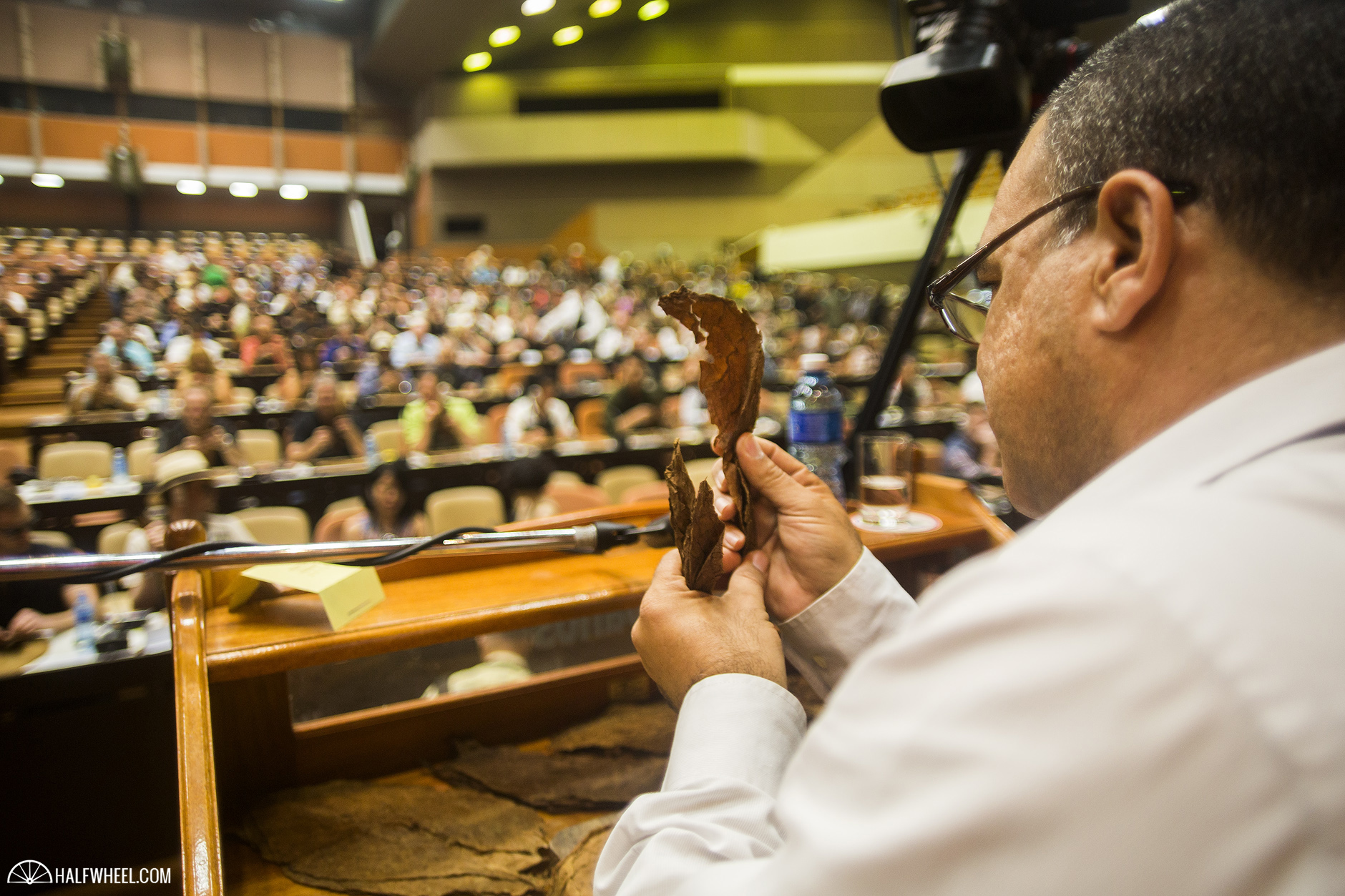 After that lecture ended, I wandered over to another master class which included both all of the materials and instruction needed to roll their own double torpedo cigar. Participants were given tobacco leaves—seco, ligero and wrapper —along with a board, apron and a chaveta to cut the tobacco. The lecturer then went into great detail on how each type of tobacco needed to be bunched or rolled, and participants followed along as best they could.

While I did not try my hand at it — I have tried a few times in various factories, and am painfully aware of how inadequate my rolling skills are—some of the people in the room actually did quite well, with samples ranging from seemingly loose tobacco rolled in what some might call a cylindrical shape to a few very good examples of a rolled cigar. 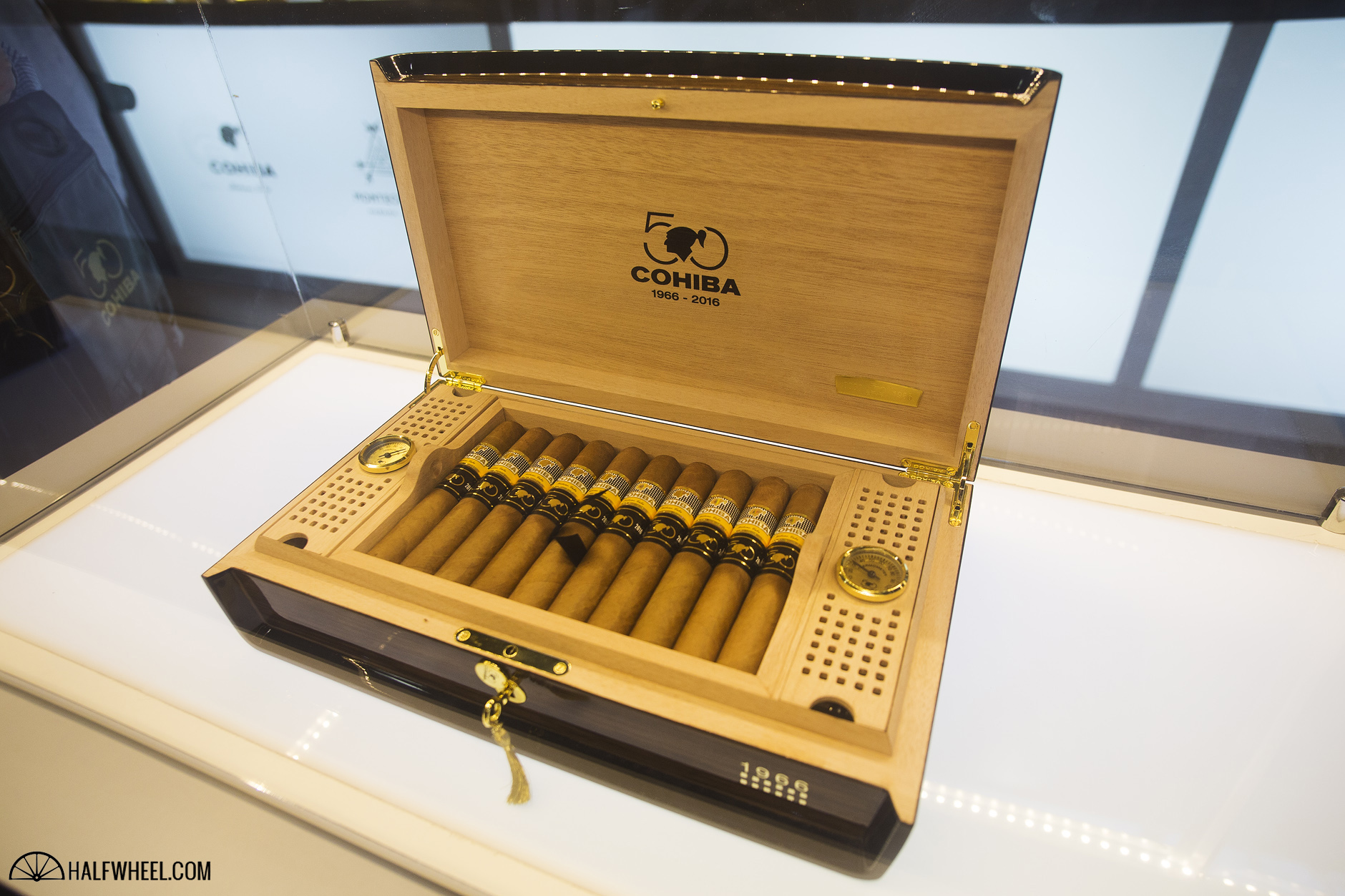 After everyone was finished with that, I wandered over to the trade show to see if anything had changed, and was thrilled to find that Habanos had actually opened the box of Cohiba 1966 50 Aniversario that was on display, allowing people to see both the cigars as well as the inside of the 10-count box, which resembles a small humidor. 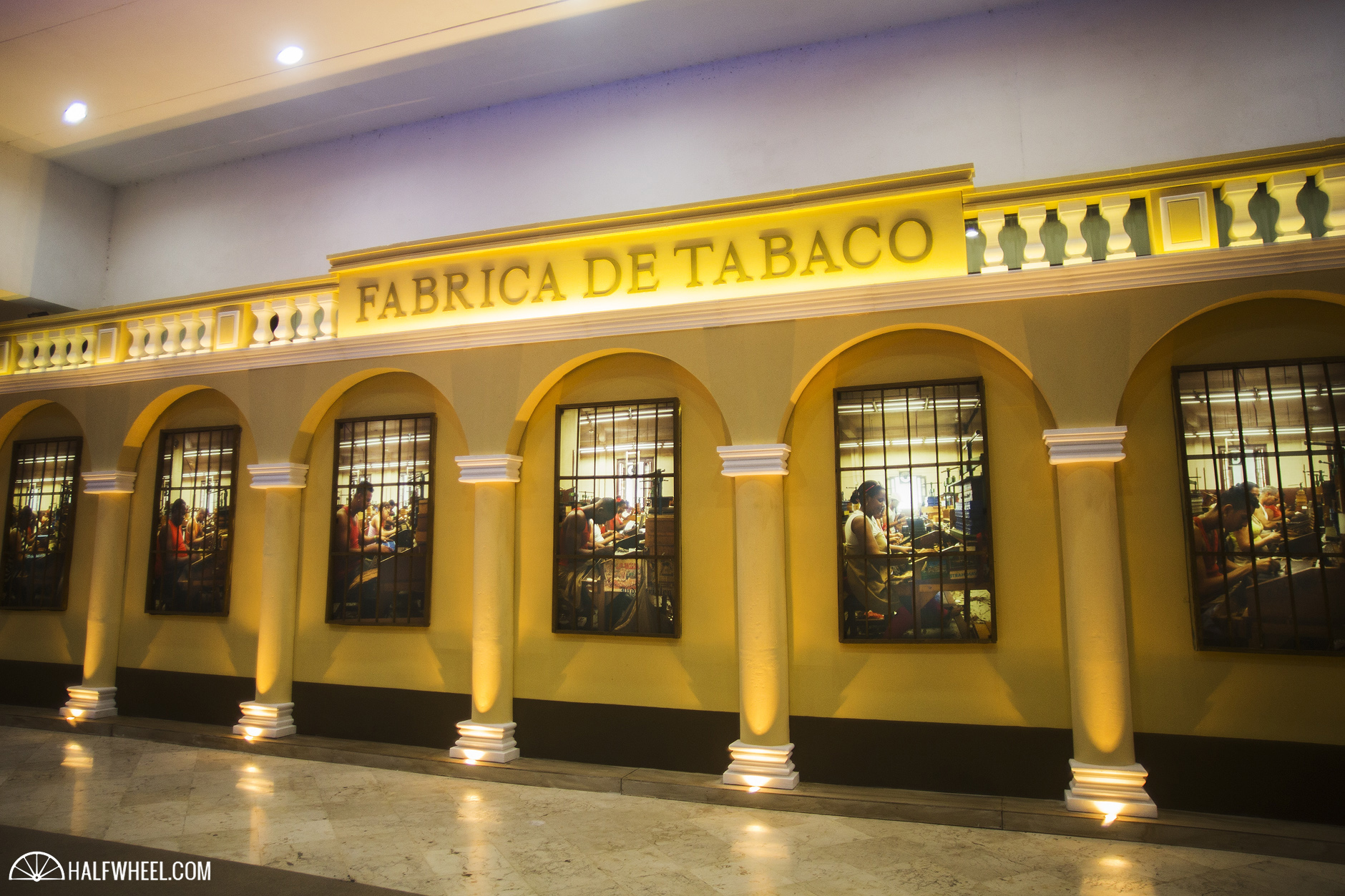 After a quick shower and change of clothes, I took a cab to the El Laguito Protocol Hall, where Habanos S.A. was putting on an event commemorating the cigar rollers that literally hold the company’s success in their hands. 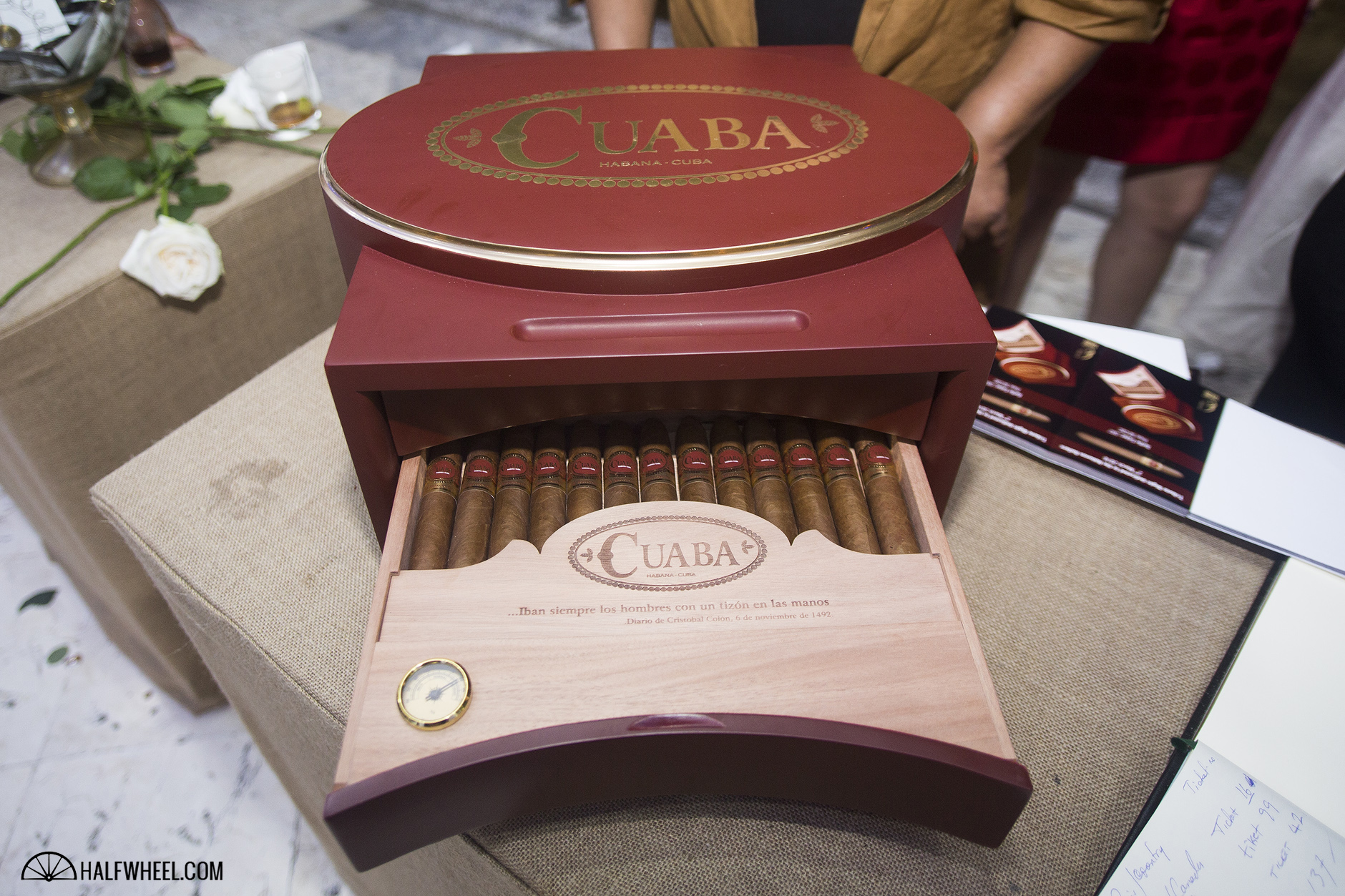 In addition, the event was celebrating the 20th anniversary of the Cuaba marca, with attendees receiving a Cuaba double torpedo, and showing off at the special Cuaba 20 Aniversario, a 50-counter humidor containing 7 x 56 cigars. As dinner was served, dancers took the stage to show off their craft, as did a live band incorporating both a flute and maracas as some of the main musical instruments. 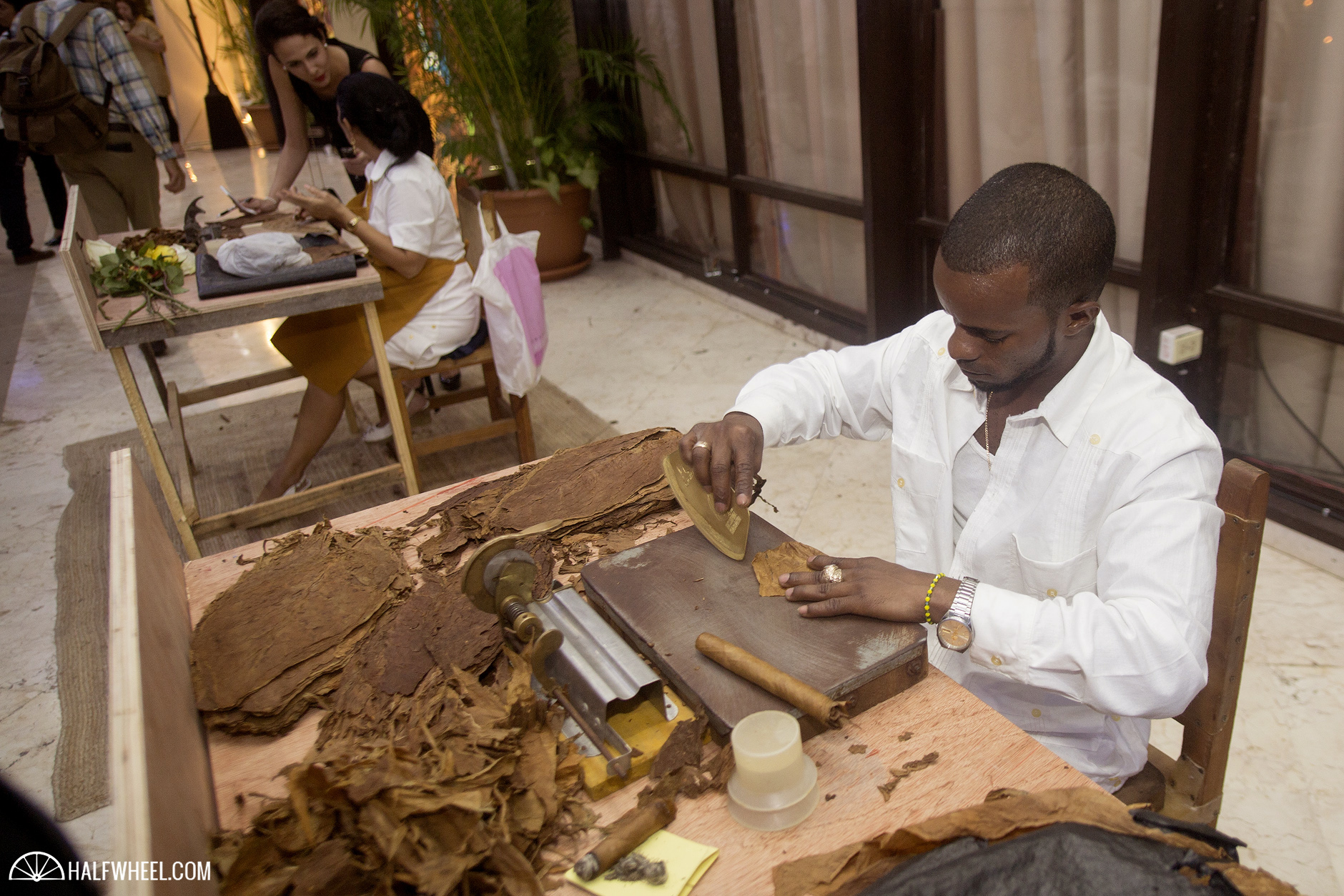 Throughout the night, attendees were given cigars freshly rolled by rollers stationed around the event. Each roller was rolling a specific vitola, and people could therefore choose which roller to visit based on their preferences. 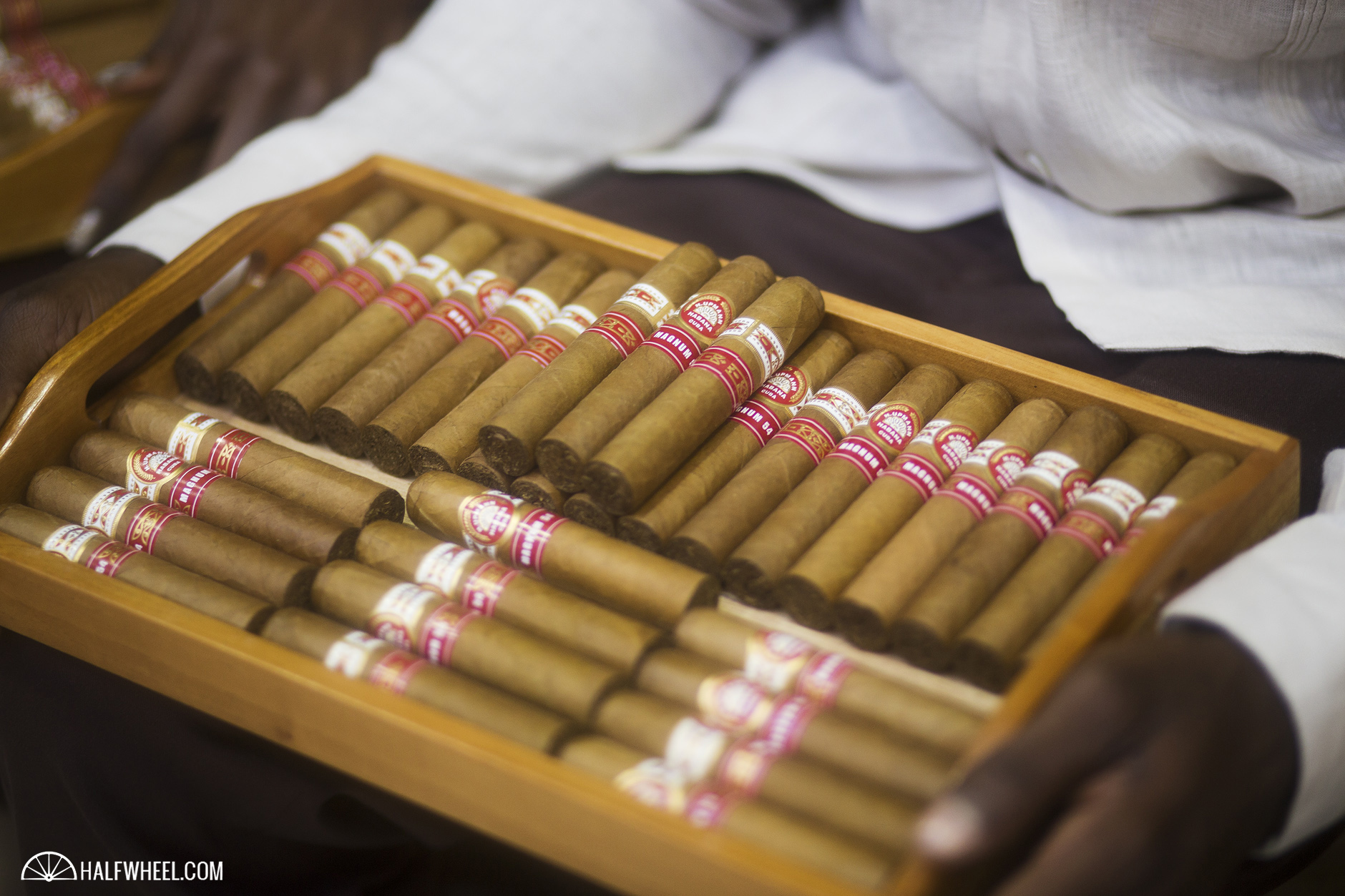 In addition, each coarse of the meal was accompanied by a different cigar, including the yet-to-be-released H. Upmann Magnum 54, San Cristóbal La Fuerza and Trinidad Topes Edición Limitada 2016. 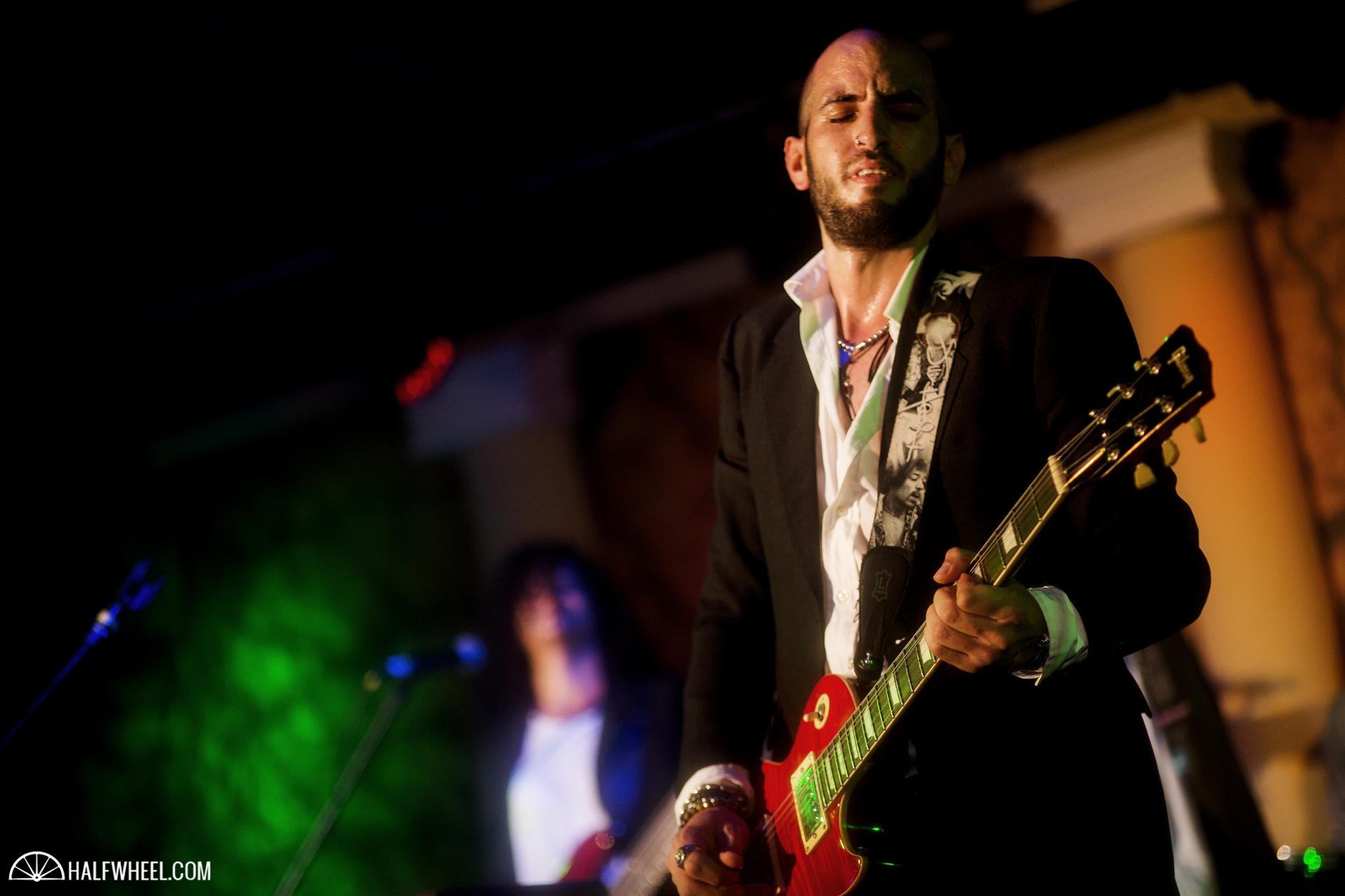 Finally, after dinner was finished, a band took over the stage, and played long into the night, and continued playing long after I left to get some much needed sleep before the next day’s activities.