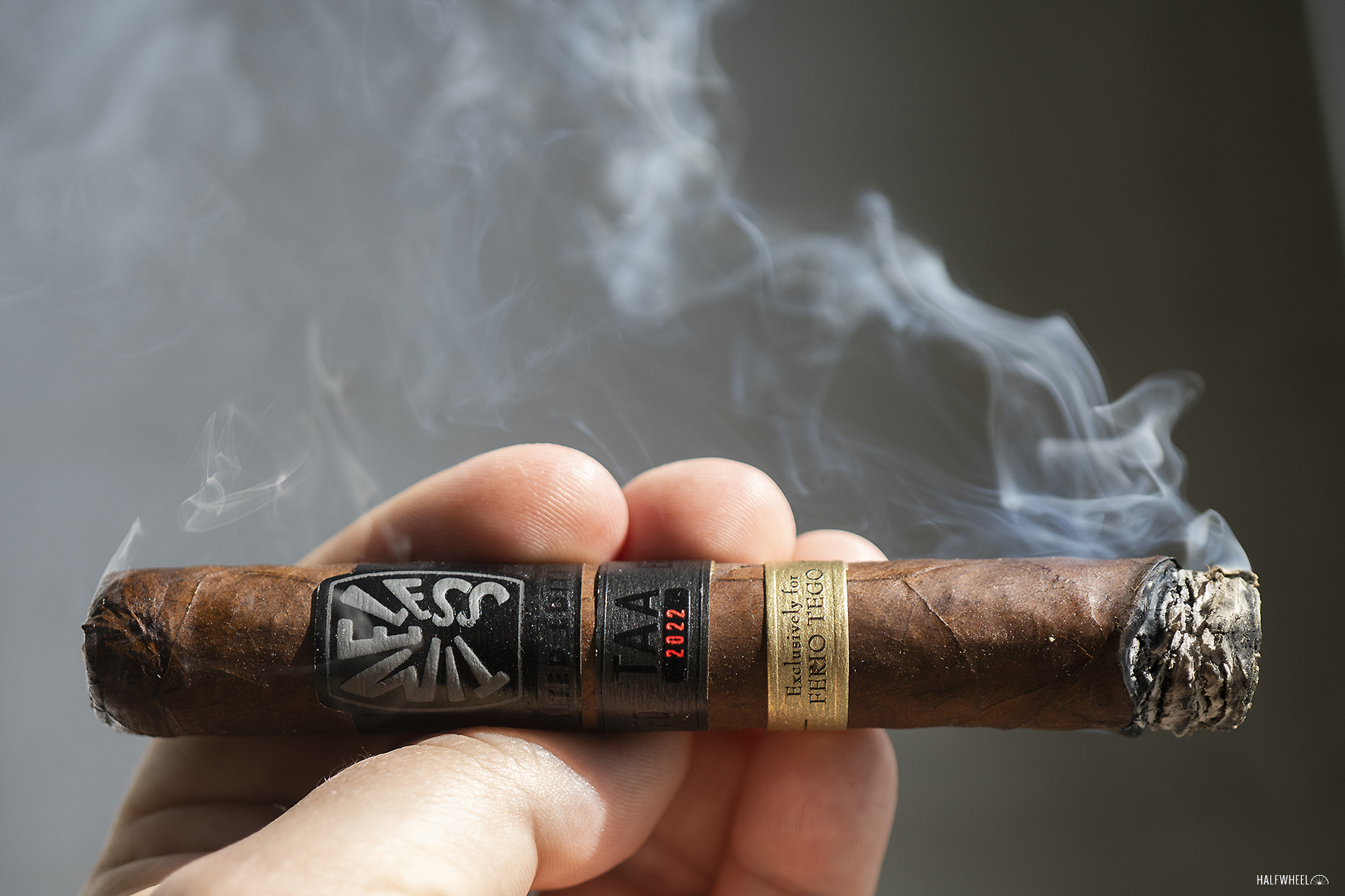 It has been said that everything old is new again, and I can’t think of a better way than that to explain the Ferio Tego brand.

In March, the company announced the first version of Ferio Tego’s Tobacconists’ Association of America (TAA) exclusive cigar, a 6 x 50 toro made entirely of Nicaraguan tobaccos and rolled at Plasencia Cigars S.A. in Estelí, Nicaragua. In case the packaging did not make the obvious, Ferio Tego has stated the new cigar was inspired by Nat Sherman’s Timeless TAA 2020, which was released in March 2020.

“The 2020 TAA Limited was launched just as the nation went into lock down,” said Herklots in a press release. “So much has happened over these last two years. This year’s Timeless TAA 2022 is largely inspired by the 2020 blend, utilizing very special tobaccos from Nicaragua, filler tobaccos and a binder from the Jalapa region and a wrapper from Esteli. We worked closely with the Plasencias to create complexity and nuance, but also vivaciousness. The result is a blend experience that is savory but also full of life… perfect for 2022 and looking towards a bright future.”

My colleague Charlie Minato explained exactly what the TAA is:

The Ferio Tego Timeless TAA 2022 has an MSRP of $15 per cigar and is limited to 700 bundles of 10 cigars which began shipping to TAA retailers in late May. There is plenty to love about the Ferio Tego Timeless TAA 2022 from a visual perspective: the wrapper is a mottled milk chocolate color that is both covered in oil and silky smooth to the touch. In addition, there are few smaller veins running up down its length and the cigar is quite spongy when squeezed. The aromas coming from the wrapper are quite aggressive, a combination of espresso beans, leather, earth, hay, manure and generic wood. The foot is slightly less aggressive, but with some different aromas including dark chocolate, cedar and almonds that combine with less obvious barnyard, black pepper and vanilla beans. A straight cut reveals a cold draw that features flavors of extremely strong dark chocolate—reminding me of biting into a 80 percent cocoa bar—roasted espresso beans, salted potato chips, cedar and a touch of cinnamon along with some slight graham cracker sweetness.

Anise and cedar flavors along with black pepper are the only things I taste just after I light the foot of the Ferio Tego. The black pepper and anise slowly recede, but the cedar remains one of the top flavors, joined a creamy peanut note. Secondary flavors of potato chips, leather tack, cinnamon, cocoa nibs and dry hay flit in and out at various points. Black pepper and graham cracker sweetness are both present in large amounts on the retrohale, and while there is still plenty of spice noticeable on my tongue, it continues to fade as the first third burns down. Flavor and body both start out just below medium while the strength level is at mild plus but increasing. All aspects of the construction seem to be working in total harmony right off the bat, with the smoke production, draw and burn all giving me no issues whatsoever on any of the cigars.

A very interesting combination of anise—pulled from what I tasted in the first few puffs—and dark chocolate takes over the top spots in the profile of the Timeless TAA 2022 in the second third, followed by creamy cedar, toasted bread, leather tack, earth, cinnamon, coffee beans and light citrus peel. All three cigars continue to feature some light spice on my tongue, as well as quite a bit of black pepper and graham cracker sweetness on the retrohale. Flavor increases to just over medium, while the body remains at a solid medium and the strength is at a point just over medium. Both the draw and smoke production continue along their excellent paths, but one cigar needs two minor corrections with my lighter just after the halfway point, although the other two cigars are fine in that regard. Unfortunately, the spice that has been present on my tongue for the first two thirds almost completely dissipates just after the final third of the Ferio Tego begins, while the main flavors have switched to roasted espresso beans and dry hay. Additional flavors of creamy cedar, cinnamon, citrus peel, baker’s spices, cocoa nibs and sourdough bread show themselves at various points while the retrohale features more black pepper and new raisin sweetness. Flavor increases to medium-plus, while the body remains at a solid medium and the strength has increased quite a bit to end at medium-full. Finally, although the smoke production remains copious and the draw on all three cigars continues to be excellent, two cigars each need two quick corrections to keep things on track before the end. More than just about any cigar I have smoked so far this year, there are distant transitions between each third of the Ferio Tego Timeless TAA 2022: cedar, peanuts and graham cracker sweetness in the first; anise and dark chocolate in the second third and roasted espresso beans, hay and raisin sweetness in the final third. Although it only hit medium-full by the end of the cigar, the profile is rich and balanced, although some of the flavors are not exactly overt in nature; it would be a great cigar to smoke while reading a book or in quiet contemplation, but trying to smoke it in a social setting may lead you to miss some of the more complex notes. There are a number of similarities between this cigar and what I remember from the Nat Sherman 2020 TAA Limited Edition, but in the end, the Ferio Tego Timeless TAA 2022 is not only more enjoyable than that cigar, but also one of the best Ferio Tego blends I have smoked so far and one that I think will age very, very nicely.