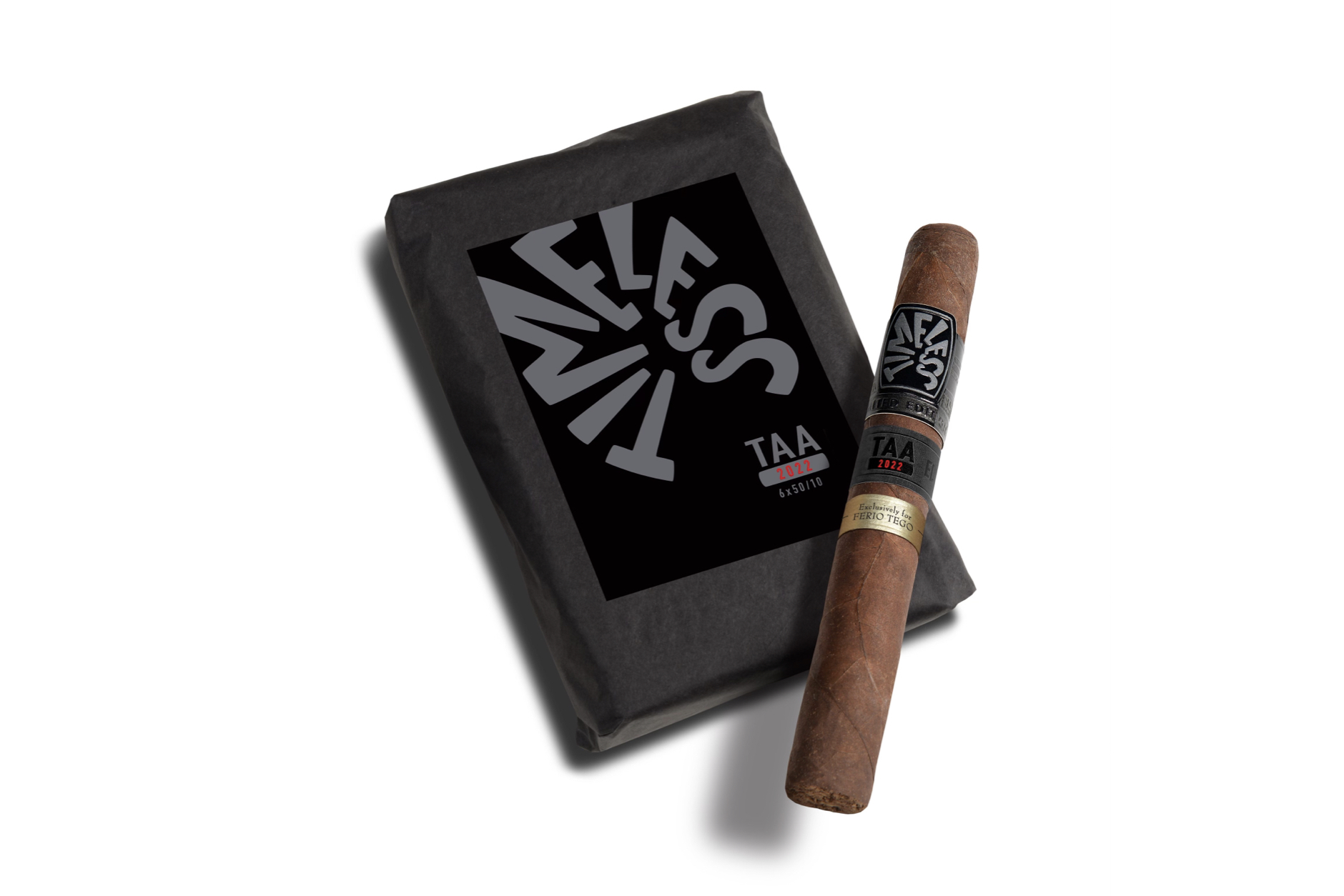 Ferio Tego’s first exclusive for Tobacconists’ Association of America (TAA) retailers is off to stores.

The company has begun shipping the Ferio Tego Timeless TAA 2022, a 6 x 50 toro that is made entirely of Nicaraguan tobaccos and rolled at Plasencia Cigars S.A. in Estelí, Nicaragua. It has an MSRP of $15 per cigar and is limited to 700 bundles of 10 cigars.

If the cigar looks familiar, it’s because the packaging is very similar to the Nat Sherman Timeless TAA 2020, which the company says inspired this release. Ferio Tego is owned by Michael Herklots and Brendon Scott, both former employees of Nat Sherman, who bought the rights to Nat Sherman’s cigar brands following Altria’s decision to shutter the cigar division.

The TAA is a membership group, which also includes approximately 40 manufacturers, that gathers annually to discuss issues facing the industry and retailers, as well as to have its annual trade show, a unique event that works on a group buying format in order to secure exclusive deals for these generally high-volume merchants.