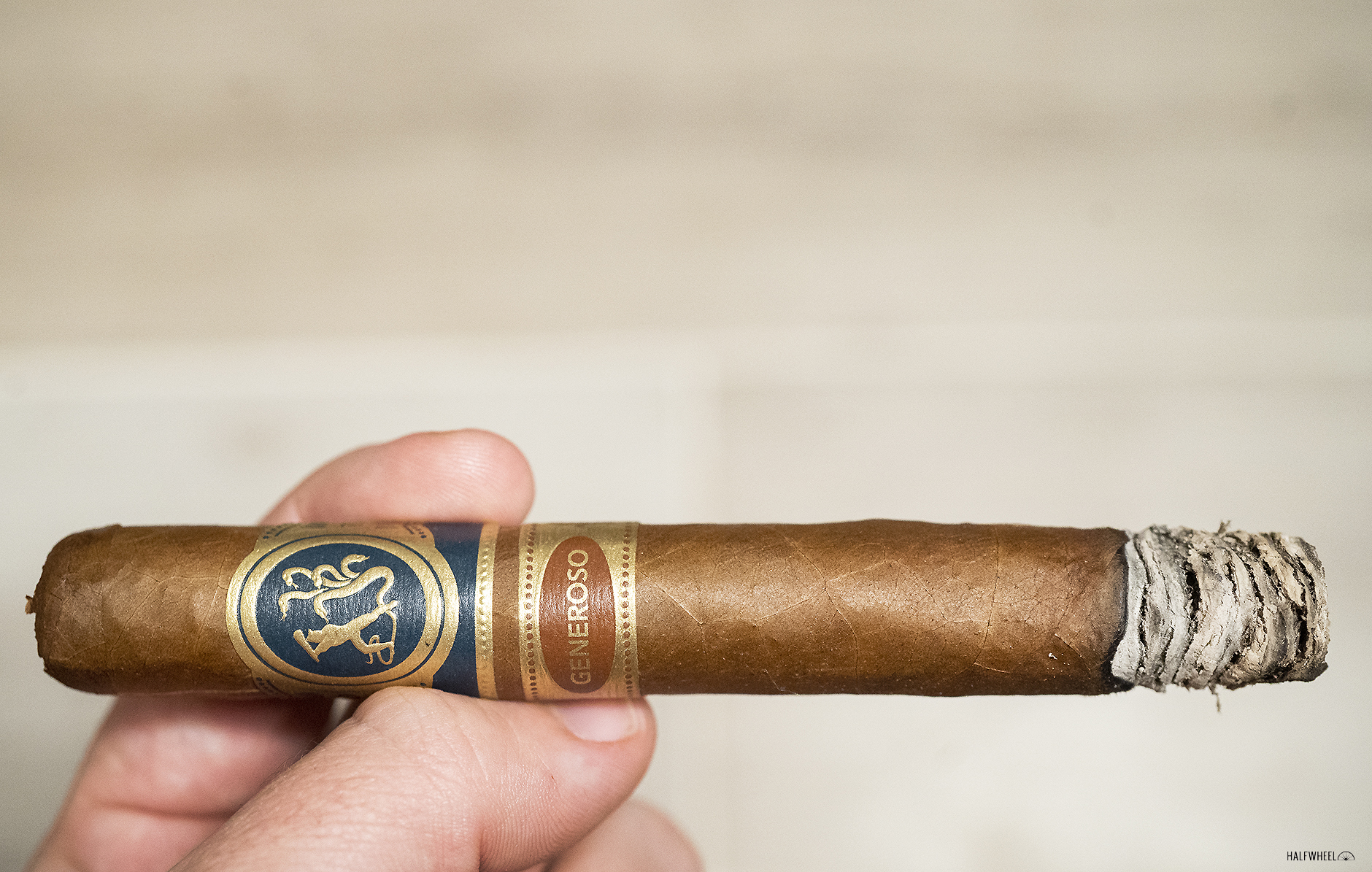 While I can’t say I found myself truly mourning the news that Altria would be shutting down Nat Sherman International in the summer of 2020, I was certainly disappointed to see a name with a good bit of heritage it the tobacco world leaving the cigar industry. I was certainly disappointed in myself for not making it to the Nat Sherman Townhouse in New York City, a store that I had on my must-visit list for a while.

Had time gone on a bit more and I found a Timeless cigar in my humidor, I probably would have had one of those moments of wishing that the brand was still around. Yet before I could come across that Timeless and the memories could start coming to mind, it was announced that the brands of Nat Sherman would be coming back by way of a new company called Ferio Tego, which was being launched by Michael Herklots and Brendon Scott, both former employees of Nat Sherman. The pair purchased the rights to the Nat Sherman International portfolio, though it did not include the rights to the name Nat Sherman, which would be staying with Altria.

Beyond the Nat Sherman portfolio returning, Ferio Tego would also be bringing some new creations to humidors, a pair of lines that would debut in a single 6 x 50 toro vitola: Elegancia and Generoso. The former is being produced by Quesada and uses an Ecuadorian wrapper over a Dominican binder and fillers from the Dominican and Nicaragua. The latter, this cigar, is made by Plasencia Cigars S.A. in Nicaragua and uses a Honduran shade grown wrapper, while the binder and filler come from Nicaragua. 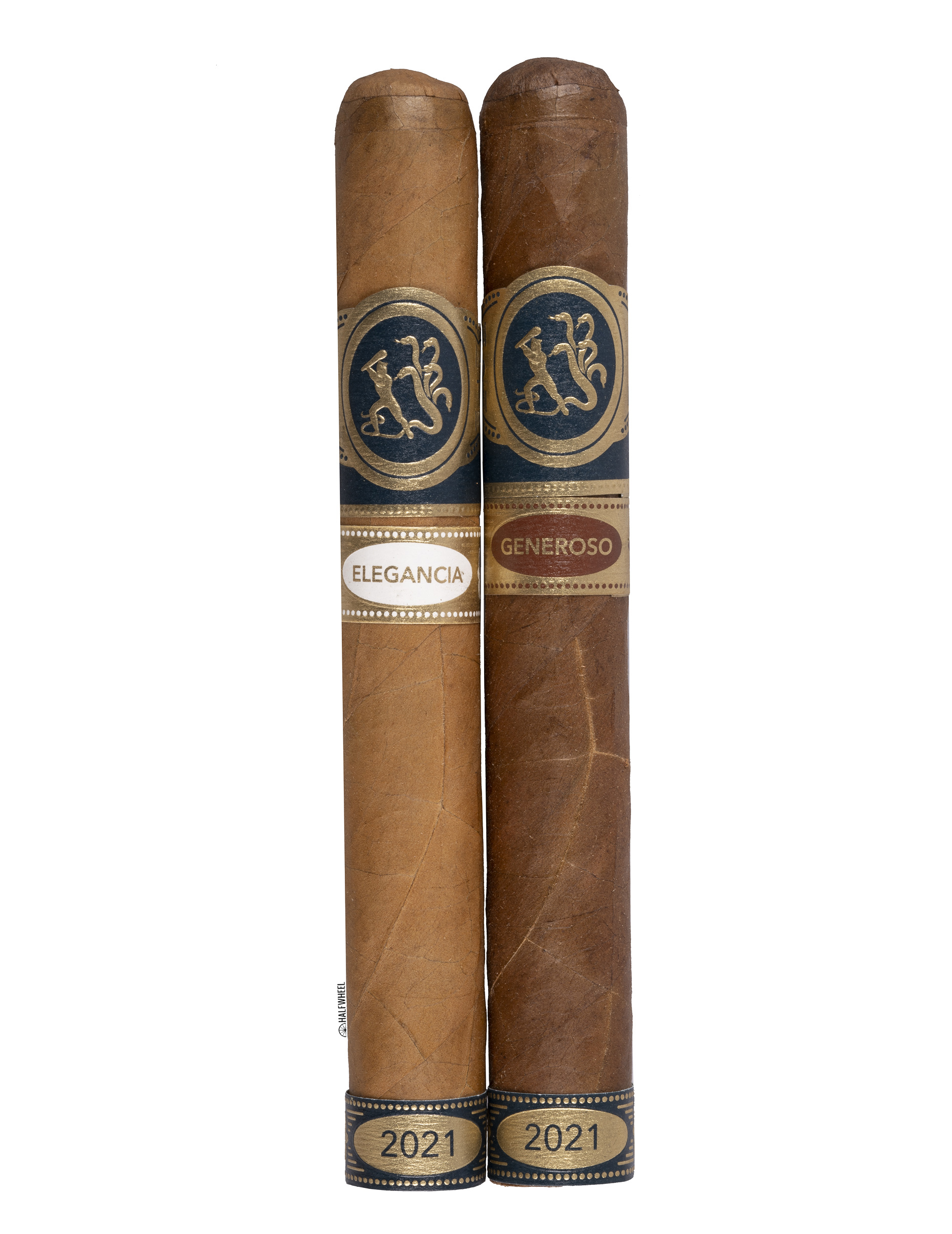 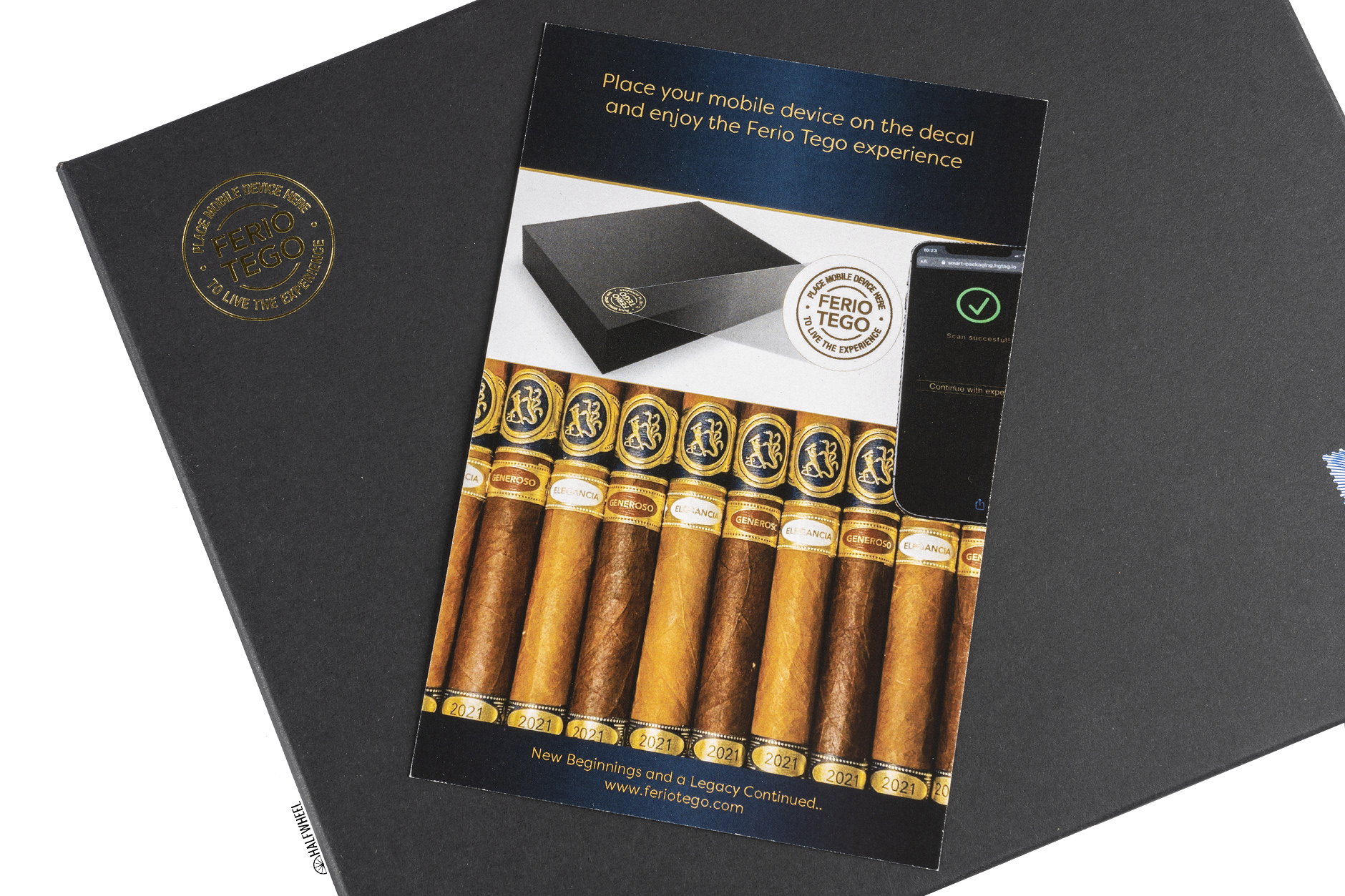 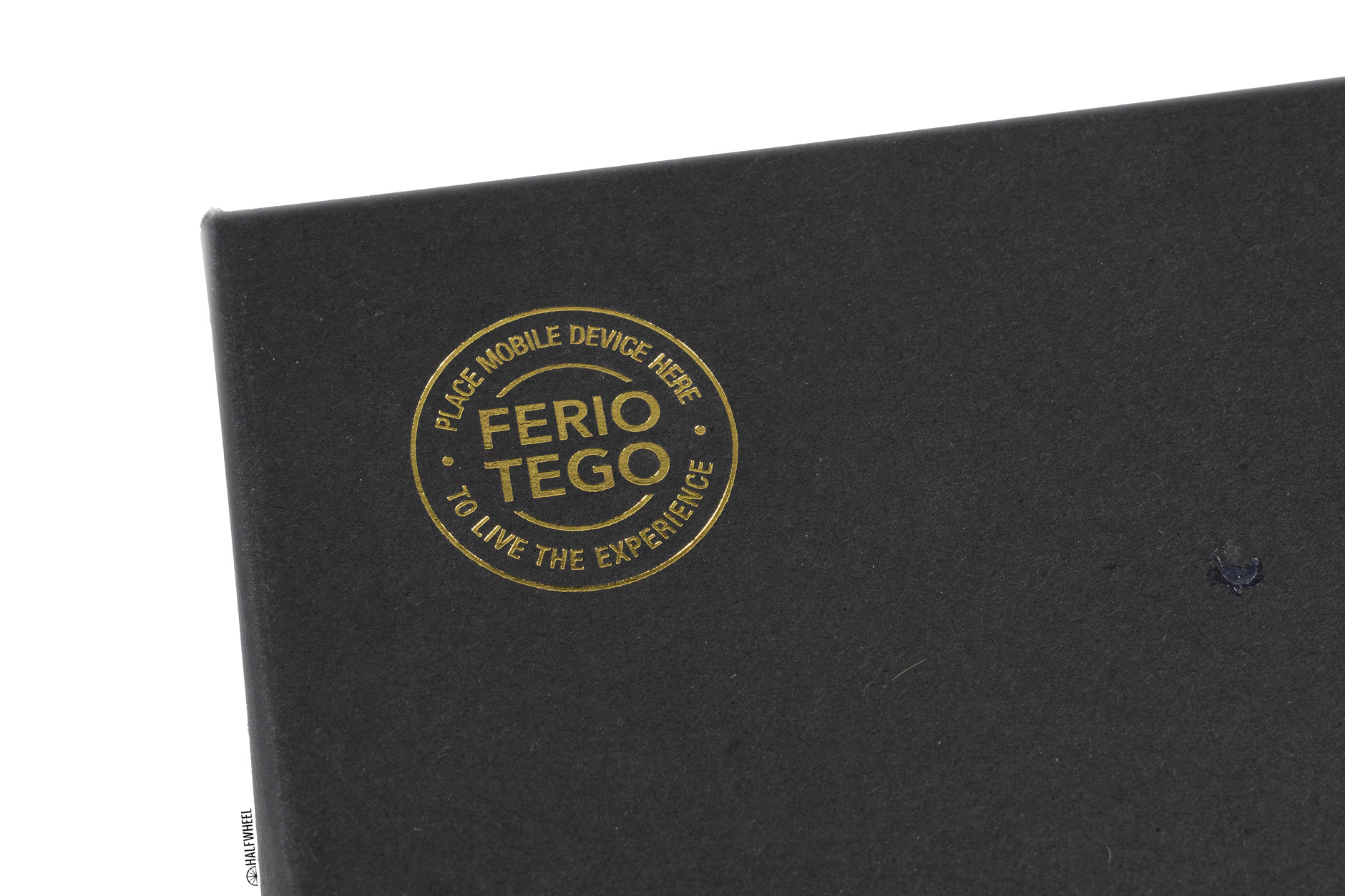 About those boxes, they showcase a new feature—at least for the cigar industry—that allows a person to hold their smartphone near the box and be given the option to visit the Ferio Tego website. It is made possible by near-field communication (NFC) and a product from HumidifGroup that it calls Smart Packaging. 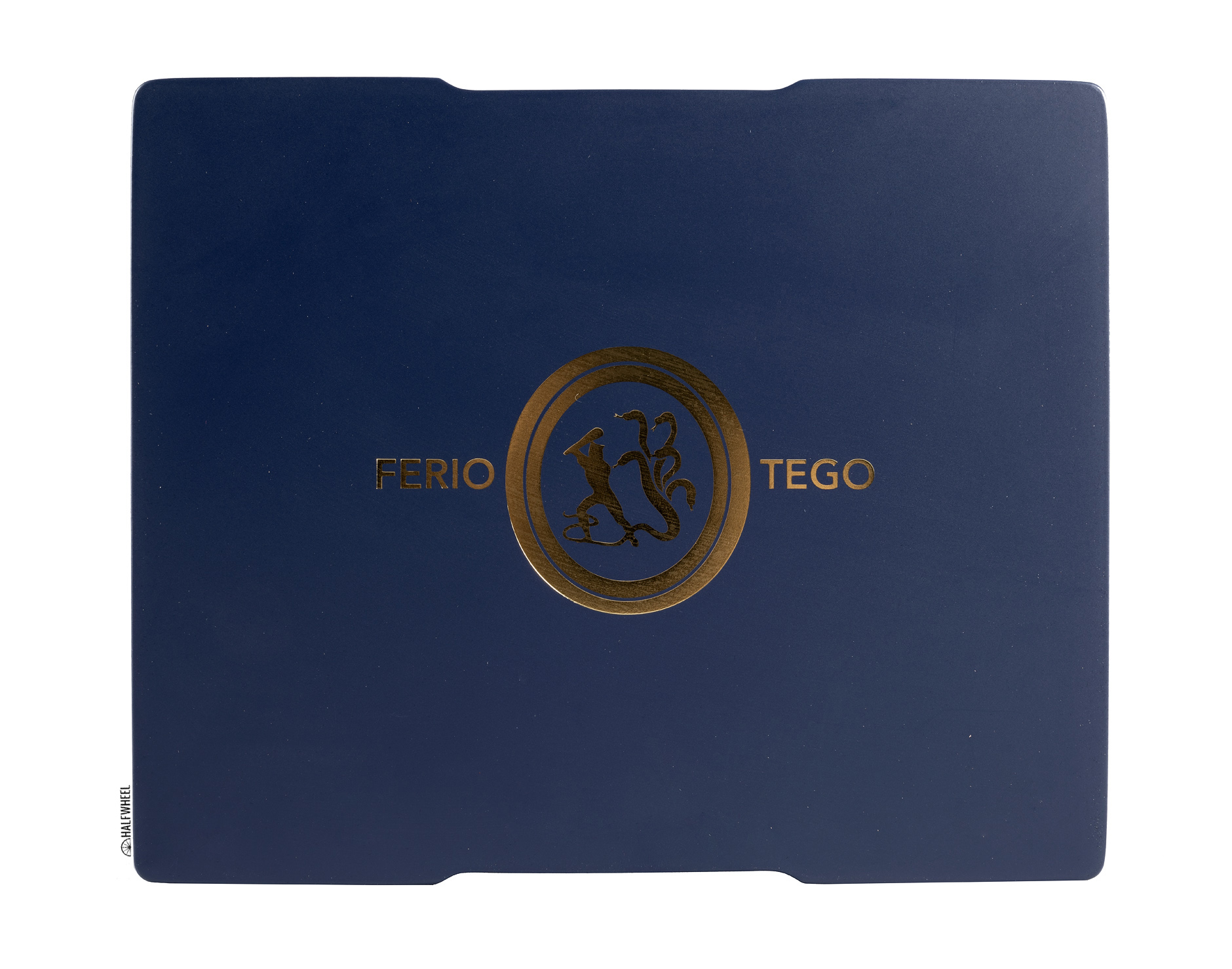 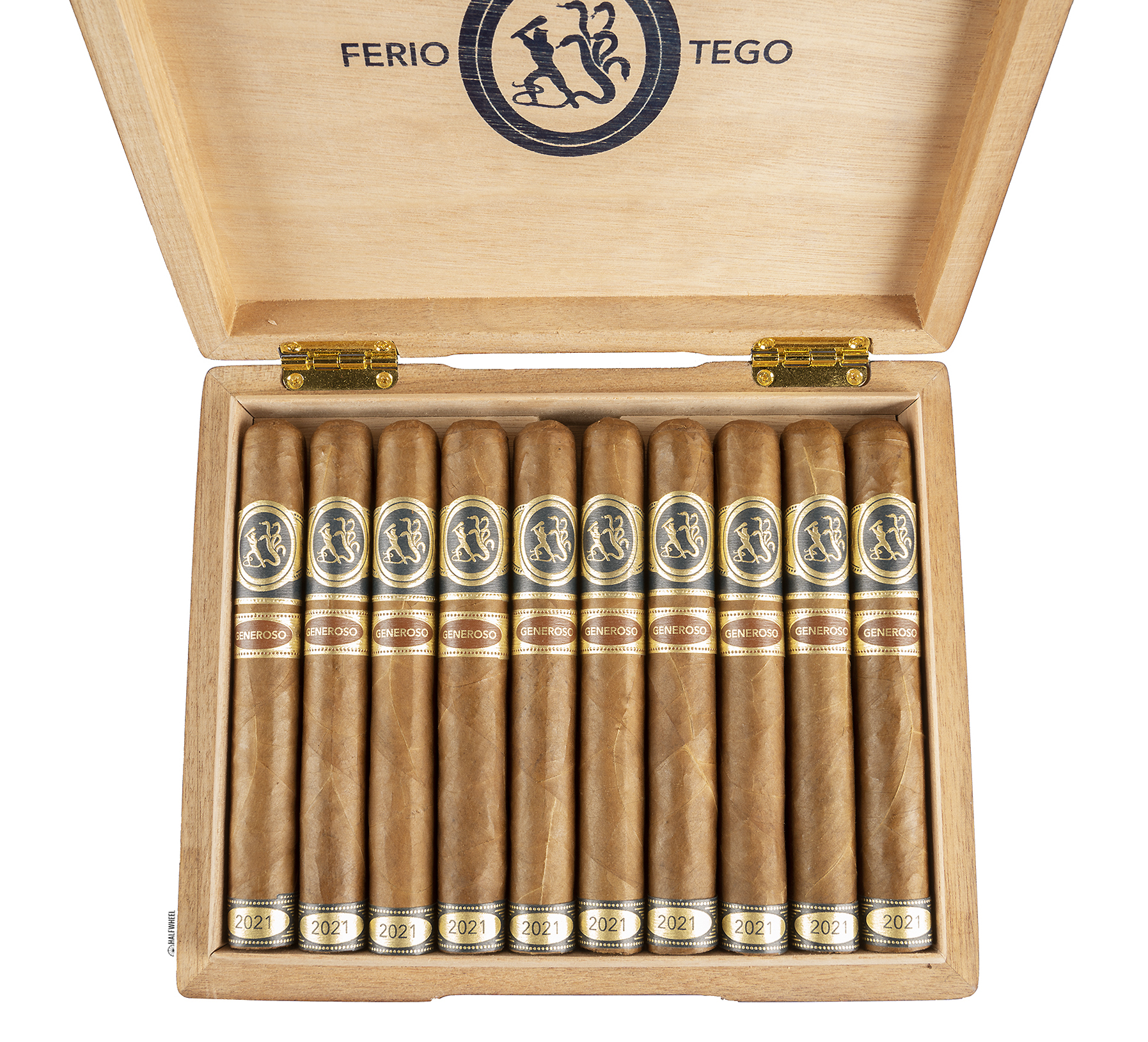 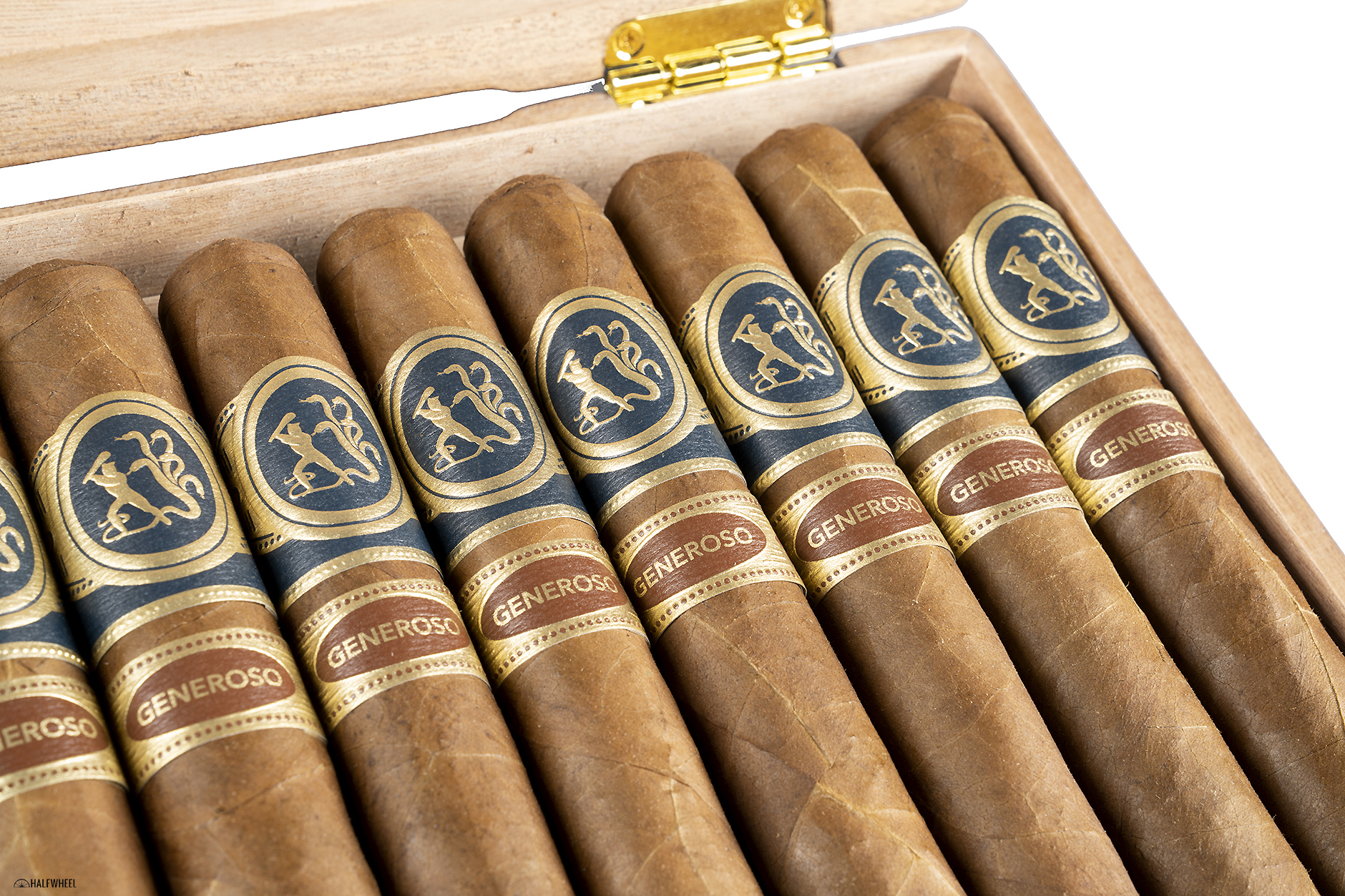 The cigars are limited, though production numbers are not being disclosed. What is being said is that the 2021 batch is being allocated, while the 2022 batch should see expanded availability. 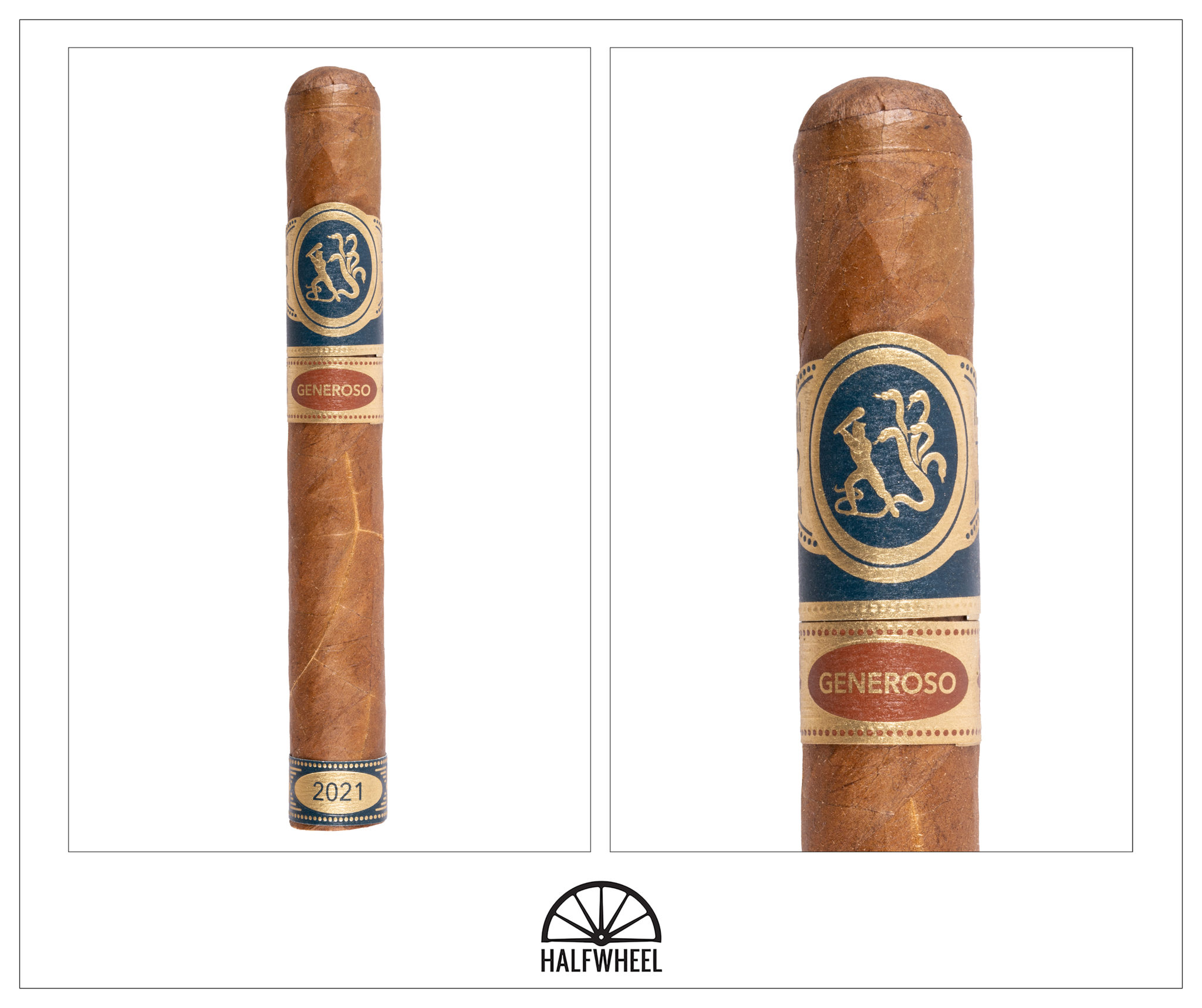 The first thing that catches my eye is the foot band that notes the year 2021, something that I wonder how I would react to if I were to pull this cigar out of my humidor 10 or more years from now. Would I know it was released in 2021? Was it rolled in 2021? Did it commemorate something happening in 2021? My eye then moves up to the secondary band, with a background color that isn’t too far off from the color of the leaf itself, creating an interesting illusion that I might be looking at the leaf through the band, which is not the case. The wrapper is slightly oily with a nutty brown hue, even in color except at the veins, which are a good bit lighter than the rest of the leaf and make the veins stand out more than normal. The cigar has some give, an amount that may have been normal several years ago but now feels a bit softer than average given the industry’s seeming progression to a much firmer roll as a standard. The foot has an aroma that reminds me of a white cake, slightly sweet but not overly so, while a slightly damp wood aroma comes in behind that, a bit like a wooden chair I pulled in from the elements not long ago. A separate, dry wood aroma appears at times, as does something that reminds me of dry Cheerios. There’s a Goldilocks phenomenon with the air movement: one moves too easily, one moves too firmly, and one is just right. The flavor has a bit more of the white cake flavor that is a bit sweeter than the aroma and has no appreciable pepper, occasionally dabbling back into the Cheerios sensation.

The Ferio Tego Generoso takes a puff to get going; there is a bit of a delayed start and then the smoke quickly hits the palate with black pepper, some creaminess and woodiness around the edges of the profile. There is white pepper, particularly through the nose and the retrohales start off about as full as I generally like them and leaving me to wonder if they’ll get stronger. Just shy of the one-inch mark, and as the ash begins to bend and concern me about its stability, the profile is impressively complex, meshing creaminess, firewood, white pepper, a bit of toffee and traces of cappuccino. After knocking off the first clump of ash, the retrohale takes a big step up the intensity scale, to the point where I’m thinking I’m not going to be able to enjoy them as much as I usually would, a thought compounded by the lingering black pepper tingle. There is also a bit of vanilla in the aroma, furthering the development of the cigar’s complexity, and getting things off to a very good—if surprisingly strong—start. Construction is very good: the draw is smooth and easy without being overly loose, the burn line is even, smoke production is good and there’s no need for a touch-up. Flavor is medium-full even though it’s not overly heavy on the palate, body is medium-plus and strength is shockingly close to medium-full.

I’m still shocked by how much potency the Ferio Tego Generoso has to offer; there are puffs where the ambient smoke gets into my nose and I’m taken aback by how strong it is. There is wood, white pepper and black pepper leading the charge, while a bit of earth, coffee and wheat dough enter the background and give the cigar a new base. It’s a thicker, chewier profile than before, but even with a bit of earth, it’s nowhere near what I would call an earthy or heavy cigar. There’s still a lot of pepper through the nose, and while the initial sensation is of much the same intensity as it was in the first third, the lingering sensations aren’t quite as potent. Around the midpoint, the burn line gets just uneven enough to have me thinking about touching it up, though I hold off in hopes it will fix itself. There’s a bit more robust pepper coming out in the second half, shifting just enough in expression to be noticeable. The flavor in the final puffs is a bit more charred than I would have expected, taking on a bit of burnt wood with some black pepper adding a bit more strength and palate stimulation. That keeps it in medium-full if not full territory, while body is medium-full and strength is steadily getting to full. The wavy burn line has evened itself out, while combustion and smoke production remain very good. The final third of the Ferio Tego Generoso starts with a thicker creaminess that has a dulce de leche spin on it, mixing a bit of the toffee back in while keeping some smokiness, firewood and pepper in the mix as well. But that is far from the biggest change, as the strength of the cigar has me reeling more so than any cigar in recent memory and something I was certainly not expecting from the Ferio Tego Generoso. In fact, it is so strong that it makes it a challenge to finish two of the cigars, and makes me shift my approach to the third cigar, smoking it earlier in the day and on a more consciously full stomach. The results are better yet not perfect, and even with a bit of variance allowed for a specific sample, there is still a gut punch level of strength. Flavor-wise, the charred pepper continues, with a bit of creaminess trying to nudge its way into the profile to soften things a bit. That profile carries the cigar to its conclusion, while I seek out some white sugar to try and neutralize the effects of the nicotine. Flavor is full, body is medium-full, and strength is really full. Construction stays solid, though one sample does need some relights. 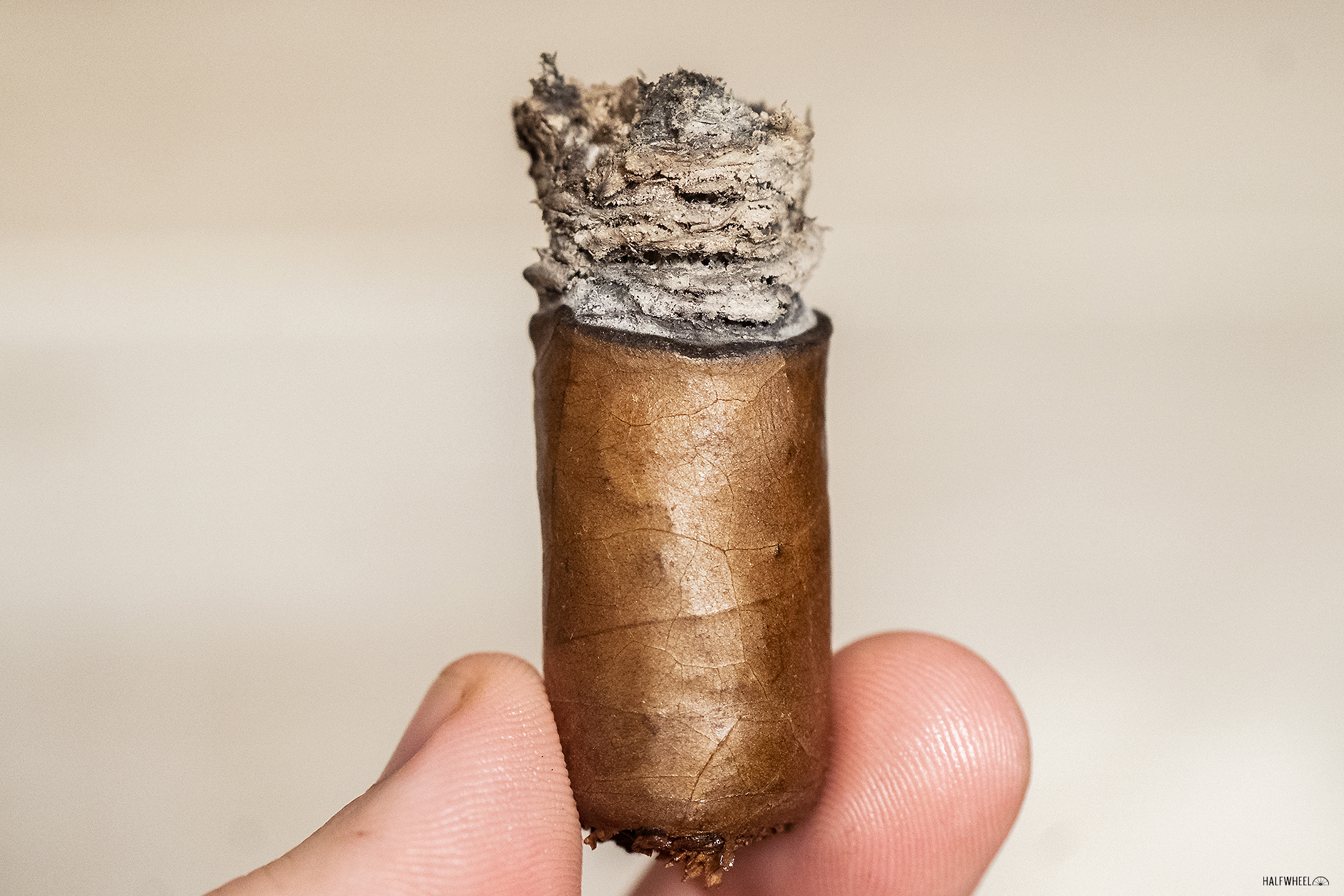 This might be the toughest cigar for me to sum up, let alone try and give a score to, as the first half showed some truly stellar notes, yet the thing I will remember about the Ferio Tego Generoso is the wooziness it left me with, not to mention the occasional post-cigar headache and generally a feeling of being totally unproductive after smoking it. This is easily the most cigar drunk I have been in months if not years, something I have to wonder whether or not was the intention with the blend, or whether this just hit my system differently than it did those who created it. I want to recommend this cigar, but I also don't want you to email telling me you felt anywhere near I did after smoking it. If you're curious enough and game enough to smoke it, do it at your own risk, smoke it before you're even remotely tired, have a decent meal prior and plenty of water on hand, not to mention some white sugar, and most of all, don't say I didn't warn you.