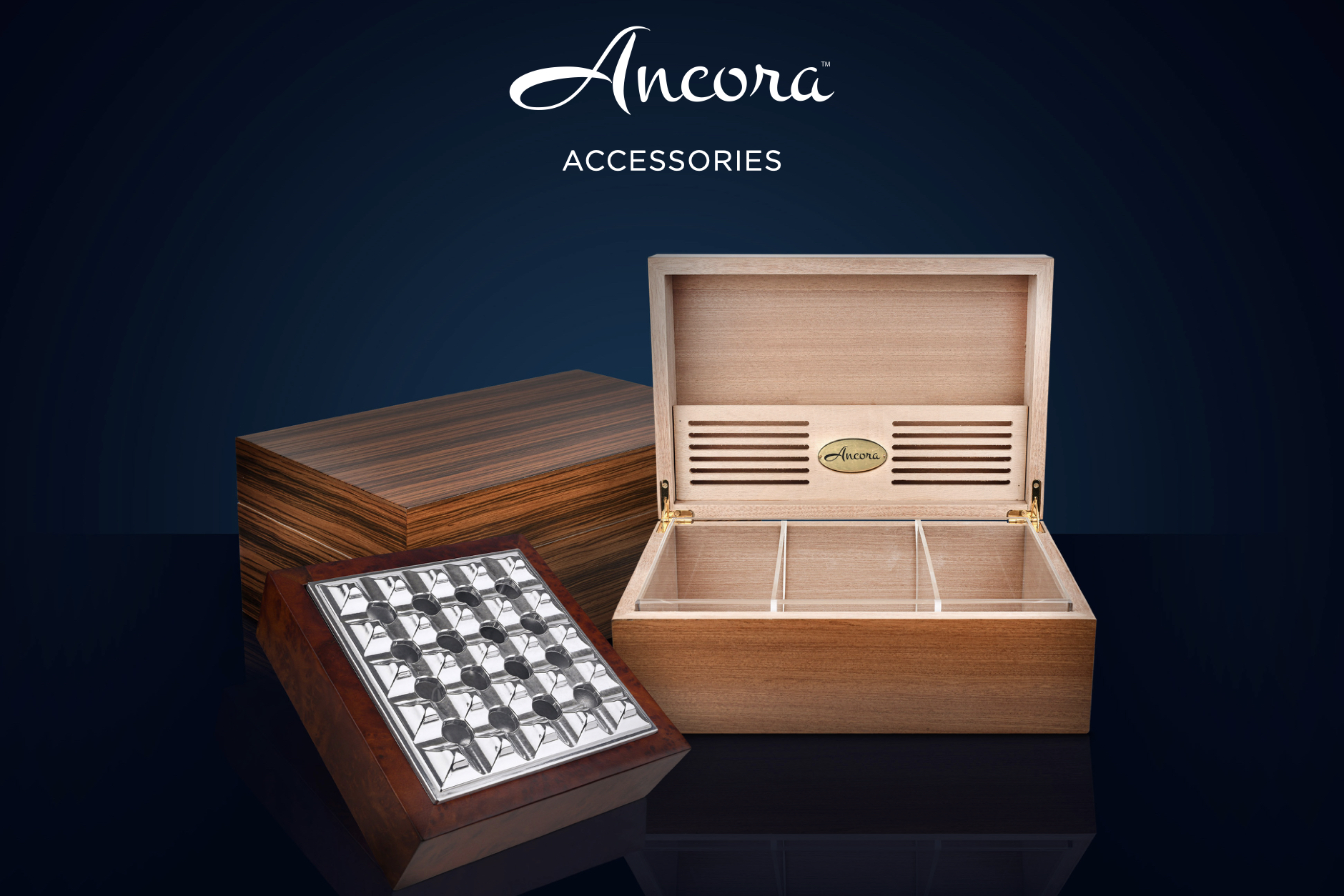 Today, Ferio Tego will begin shipping a host of products that were once sold by Nat Sherman. 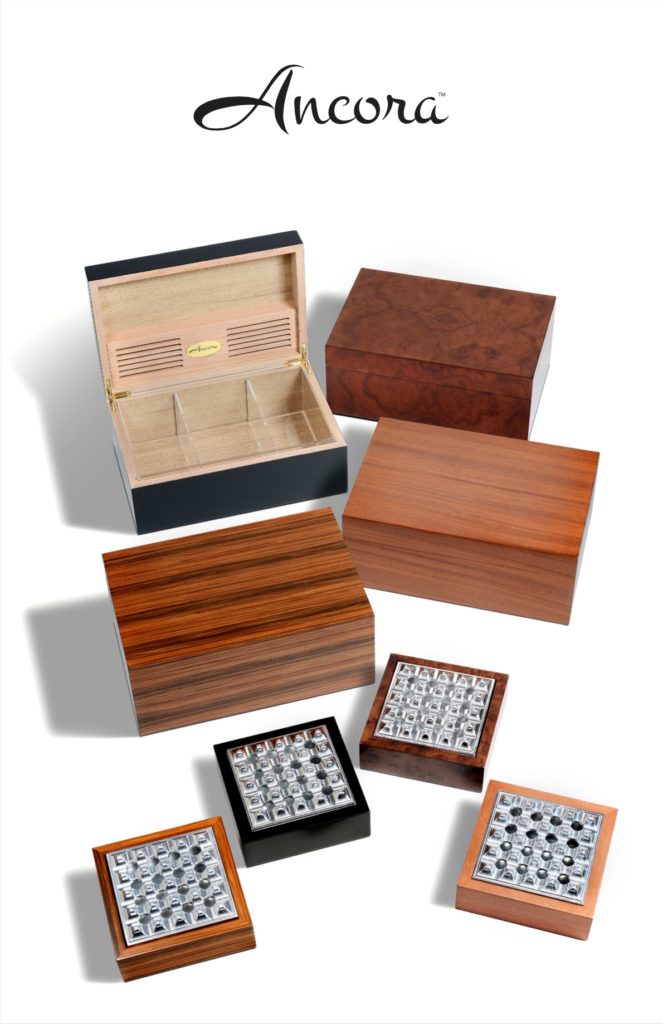 Ancora was created after the Sherman family sold Nat Sherman to Altria in 2017. Due to legal issues with tobacco regulations that apply to cigarettes, the Nat Sherman name was removed from these products and so they were rebranded as Ancora. Herklots and Scott bought the Ancora name as part of their deal with Altria.

The Ancora Executive Humidor ($475) measures 10 inches x 15 x 6.25 on the outside, while it has interior dimensions of 8.5 inches x 13.5 x 4. It is offered in four exterior finishes: Elm Burl, Macassar Ebony, Mahogany and Matte Black.

These humidors use okoume wood for the interior, a wood that is known for its lack of odor. In addition, the bottom parts of the interior of the humidor are all lined with lucite—the shell that contains the top part and lid is not—and each humidor comes with two lucite dividers. The idea is that the okoume and lucite don’t impart external aromas to the cigars stored in the cigar, meaning they shouldn’t artificially affect a cigar’s flavor during the aging process. Furthermore, Ferio Tego says the use of lucite means the humidor does not require seasoning.

Ferio Tego says the humidors can hold between 75-125 cigars when filled. The 8.5 inches of interior length means that you could store a double corona in a traditional position in the humidor.

No humidification is provided, though the company has designed a fold-out cover that is made to hold four 60-gram Boveda packs.

While Ferio Tego is bringing back the old Nat Sherman Executive Humidors, this is actually the first time they are being sold. In 2015, Nat Sherman announced and showed off the humidors but they never actually shipped to stores due to quality control issues.

They measure 8.5 inches x 8.5 x 3 on the outside, which is actually a wooden base that holds the metal ashtray. The same four wood options are offered as the humidor: Elm Burl, Macassar Ebony, Mahogany and Matte Black. The ashtray is a grid pattern that features 16 small holes where ash can be knocked into the hole. To empty the ashtray, users can either remove just the grid-patterned top piece, or the entire metal structure, which includes the metal bottom piece.

For those wanting the grid ashtray without the wooden base, Ferio Tego is selling that as the Ancora Grid Ashtray for $85. It includes both the top and bottom metal pieces.