In 2007, Felipe Gregorio introduced the first incarnation of the Power line, a cigar that would be produced only once every seven years, that features pelo de oro tobacco — a Spanish term for “golden hair” — tobacco from seeds of Cuban ancestry. The tobacco, which is now banned in Cuba due to its prevalence for developing mold, has become somewhat popular with non-Cuban manufacturers.

For Power, Felipe Gregorio says its pelo de oro comes from Cordillera Central of Costa Rica, which sits at about 3,000 feet above sea level which. According to the company, this allows them to grow in a pesticide free sun grown environment with no fear of damage from insects.

Along with Pelo de Oro tobacco, the wrapper leaf on the Felipe Gregorio Power is a rosado that dates back to 2007, along with  a “rooster tail habano” used for the binder and “ancestral Cuban Havana seed” in the filler. The cigar was blended by Philip G. Wynne, owner of Felipe Gregorio, and is being made at the Tres Tierras factory in Costa Rica.

Only 1,000 boxes of each size were released, and was the case in 2007, once those are gone the Felipe Gregorio Power line will not return until 2021.

There are five different vitolas, each in boxes of 25: Covered in a mottled mocha brown wrapper that is smooth to the touch and exhibiting quite a few prominent veins. The Triple R is appropriately spongy for the size when squeezed, and there is some oil visible on the wrapper. Aroma from the wrapper is sweet tobacco, hay, barnyard and leather, while the cold draw brings flavors of bitter coffee, lemon peel and earth.

The Felipe Gregorio Power 2014 starts out with strong leather notes, along with some signifiant bitterness on the finish and a tiny amount of pepper on the retrohale. There are few other flavors that com and go throughout the first third, namely tobacco, cedar and grass, but none of those are strong enough to threaten the dominance of the leather note. I am noticing some slight sweetness on the retrohale every once in a while, but there is not enough to place the flavor as of yet. Bot the burn and draw are great so far, and the smoke production is above average. Strength-wise, the Power 2014 starts off quite mild, and while it does increase, it is still well short of the medium mark by the end of the first third. Unfortunately, neither the profile nor the flavors therein change much during the second third of the Power 2014, with a strong leather note leading the way, along with other flavors of grass, cedar and espresso. The bitterness from the first third is still present on the finish, but it has calmed down quite a bit, and the pepper on the retrohale has remained constant. I can still taste some generic sweetness, but it is still very slight, and just not a major part of the profile so far. Construction-wise, both the burn and draw remain excellent, with no problems whatsoever between the two of them, but by the end of the second third, the strength is still noticeably short of the medium mark. The final third of the Felipe Gregorio continues the trend of the first two thirds, with the same distinct leather note easily the dominant flavor in the profile, although I still taste espresso beans, cedar, hay and perhaps a bit of dark chocolate thrown in the mix at certain points. The sweetness I have been tasting for the whole cigar to this point is still generic, and still just not strong enough to have any major impact, while the pepper on the retrohale has neither increased nor decreased. The burn and draw continue to be the high point of the cigar, while the strength does finally make a push towards the medium mark, ending up very close to medium by the time I put the nub down with a little more than an inch left to go. 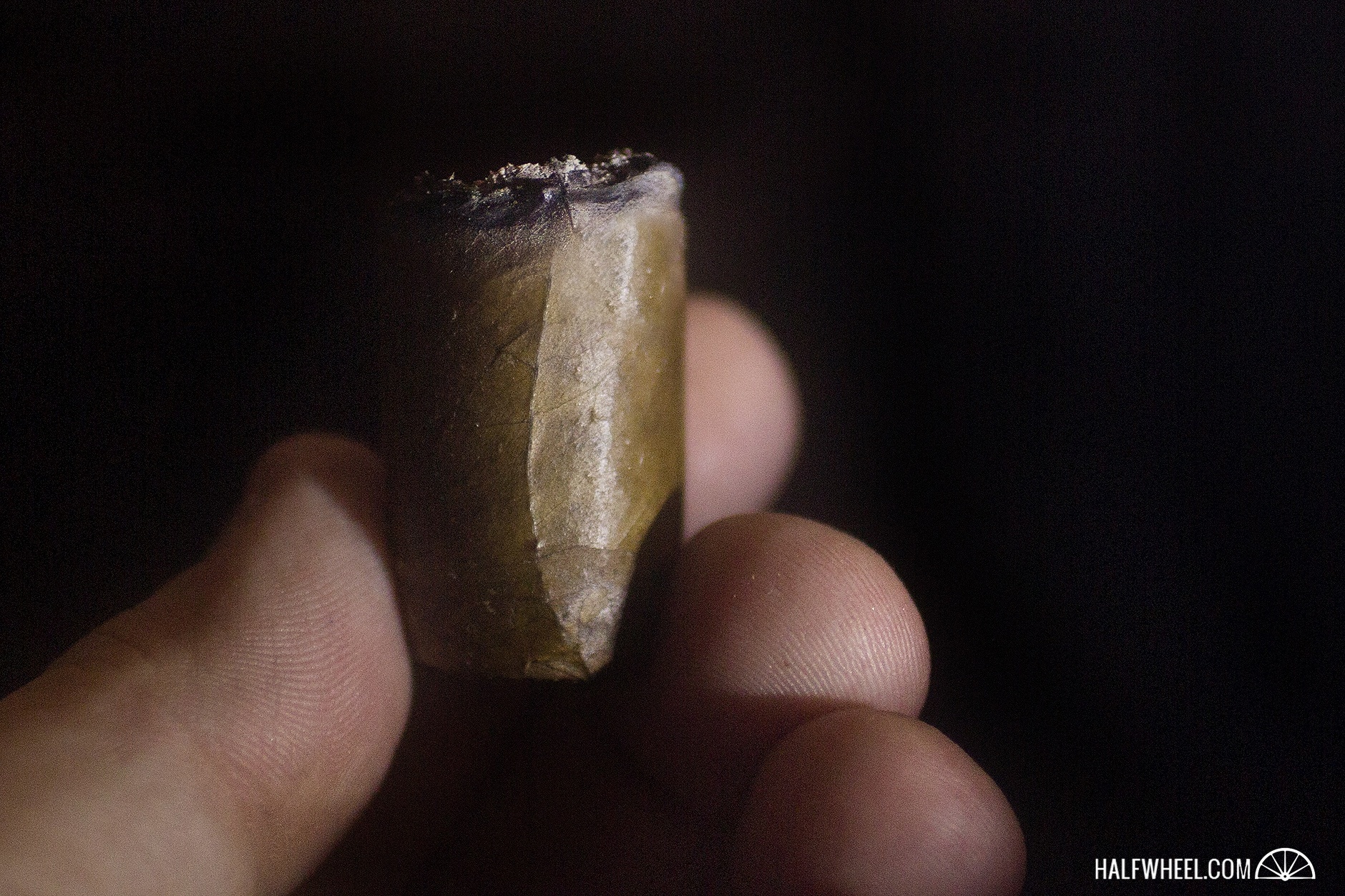 I have not smoked many Costa Rican puros, but I have to say, I was unimpressed with this one. Although the flavors that were present were not offensive, the profile overall was extremely monotonous with almost no changes in flavors from the first third to the last on both samples I smoked. Both the burn and draw were excellent, and the construction turned out to be the best part of the cigars. I was really hoping for a more interesting smoke, but that was apparently not to be, and I am not able to recommend these at all.