The federally-mandated user fees that cigar companies are required to pay to fund the U.S. Food & Drug Administration’s (FDA) tobacco regulation will be increasing in 2019.

For the first time since user fees were implemented, cigar companies could pay over 5 cents per cigar. Per halfwheel‘s estimate, the maximum user fee paid on a cigar for FY2019 could be as much as 5.15 cents per cigar.

And, the 5.15 cents is in addition to the 40.26 cents per cigar maximum cigars are charged in excise taxes order to fund the Children’s Health Insurance Program (S/CHIP). 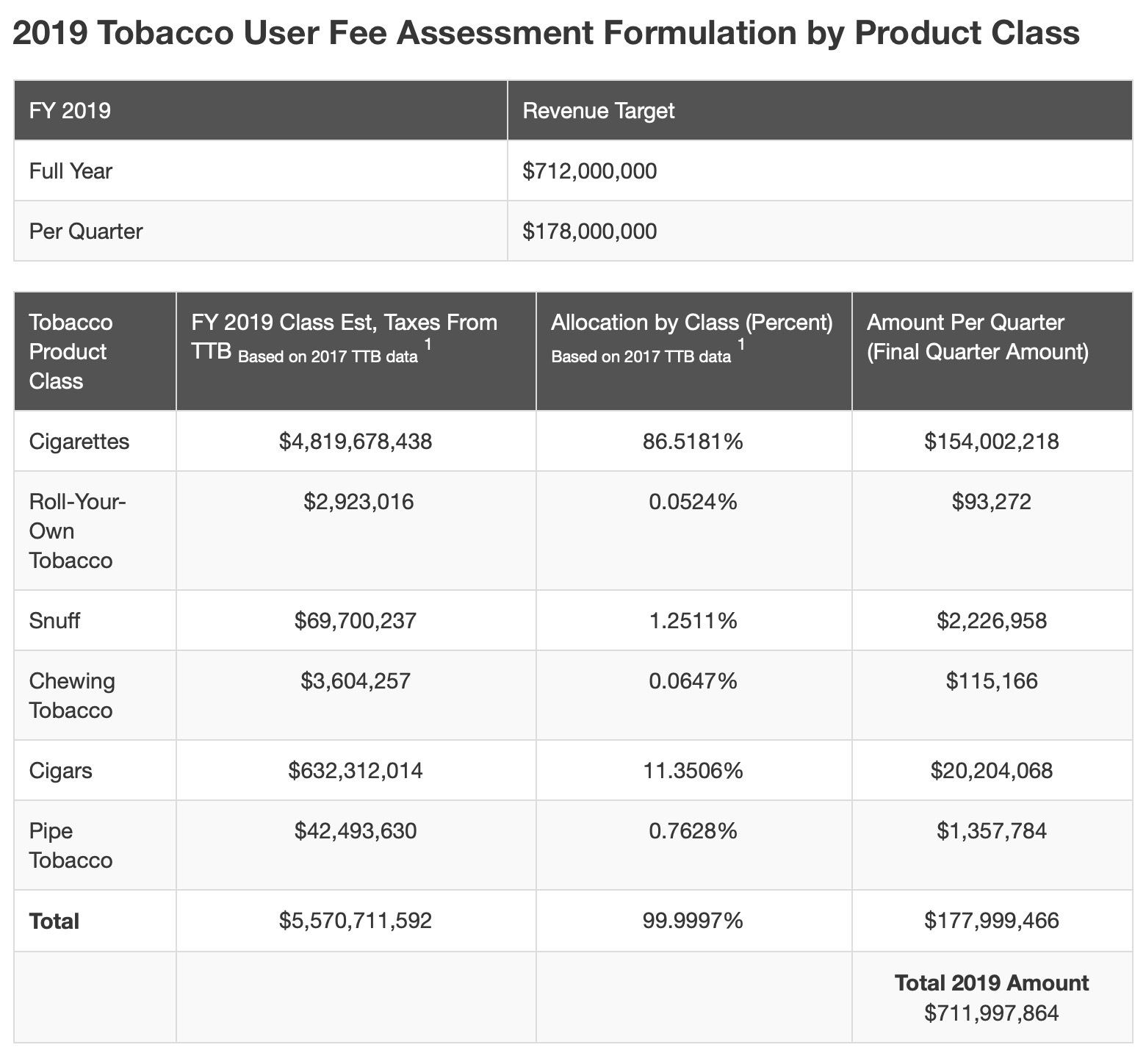 The reason behind the increase is two-fold: a. FDA is allotted more money this fiscal year than last year; and b. because cigars are paying substantially more in excise taxes, a sign that the amount of cigars being sold in the U.S. has increased.

User fees are calculated based on the percentage of excise taxes, i.e. S/CHIP, a specific company pays compared to the other companies in six categories of tobacco products: cigarettes, roll-your-own, snuff, chewing tobacco, cigars and pipe tobacco.

It should be noted that cigars refers to all cigars, so that includes Arturo Fuente and Macanudo, as well as mass market cigars like Swisher Sweets.

In addition, FDA’s Center for Tobacco Products (CTP) budget increased from $672 million to $712 million. In total, the cigar category will be liable for 11.35 percent of that budget or $80.8 million. For context, cigarette companies pay $616 million.

One group of products that does not pay for CTP’s budget is e-cigarettes and vaping products. Because of how the Tobacco Control Act was written, e-cigarettes were not included and as such are not subjected to pay user fees even though the category is regulated.

That could change beginning next year when the Tobacco Control Act is renewed by Congress. If the law is not renewed, FDA will continue to collect $712 million annually to fund the Center for Tobacco Products.