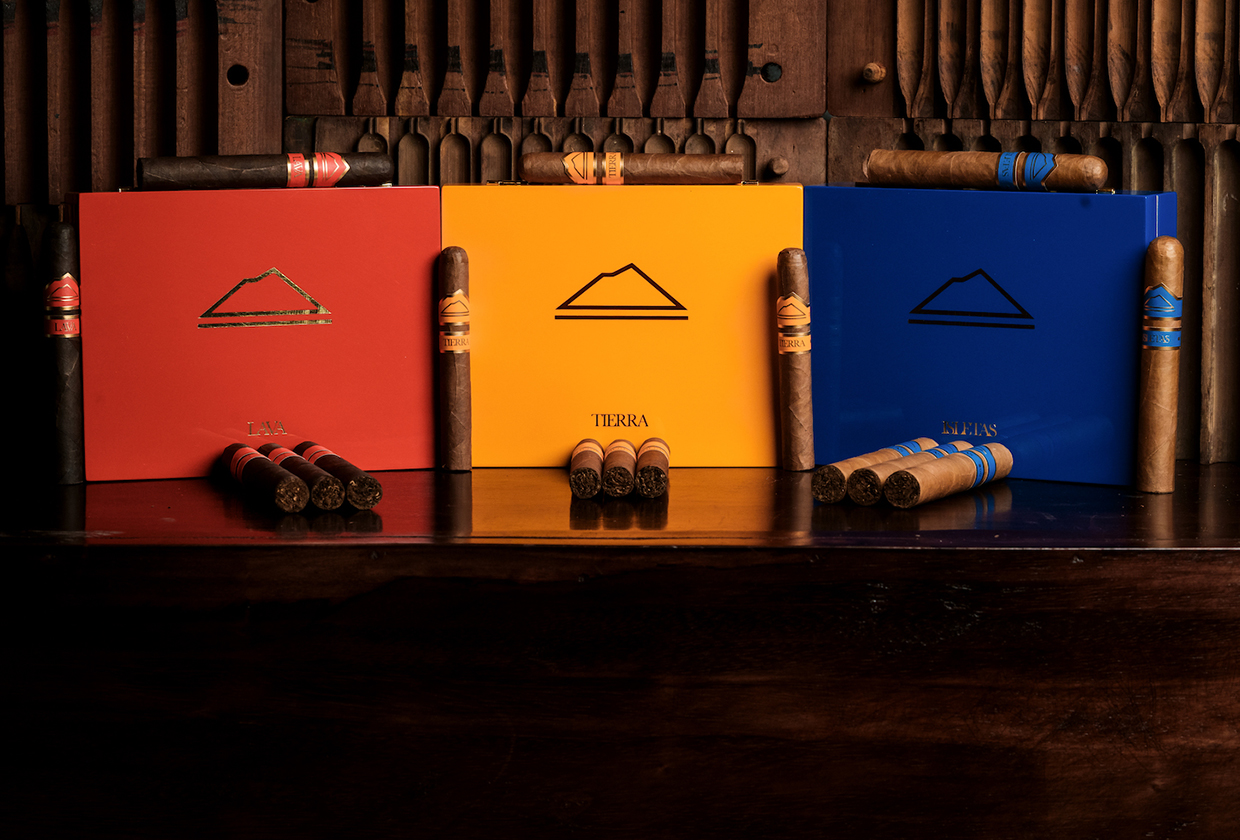 After releasing The Granda Line to retailers in Canada earlier this month, Favilli has begun shipping its new trio of cigars to select U.S. retailers, and has announced pricing for the cigars, which had previously been undisclosed. The Granada Line was announced in mid-April and will make up the core of the Favilli portfolio. It contains three blends: Isletas, Tierra and Lava, with Isletas and Lava being new blends and Tierra being a rebranded and updated version of Tierra Volcan, the company’s oldest brand. Each blend will be offered in a robusto and toro vitola, while each of the three lines will also get a third vitola that is unique to that line. The blends in the Granada Line are also referred to by a dot system that corresponds to their strength; it’s a scale of three dots with one being the mildest and three being the fullest.

The company is also creating some special packaging for the new cigars; each vitola in each blend will be offered in “Forever Boxes,” 20-count, humidor-style boxes that feature a magnetic seal, with each blend and vitola combination limited to 100, individually numbered boxes. The regular production packaging will use what the company called Enviro-Lux boxes, with 10 cigars to a box. While the two packaging options are notably different, the company says that the Enviro-Lux boxes share the feel and design of the Forever Boxes.

As such, the pricing for the cigars varies a bit based on the packaging format. The company is currently shipping the Forever Box options to retailers while the Enviro-Lux packaging is scheduled to be released over the summer months. Isletas is the one-dot offering in the line and uses a Connecticut shade wrapper, an Ecuadorian habano binder, and fillers from Nicaragua’s Jalapa and Condega regions along with Dominican HVA. The line gets its name from the famous islands in Lake Nicaragua that were created by an eruption of the Mombacho volcano, and is said to embody the “crisp and light experience one is guaranteed to have touring Granada’s bright island treasures.”

Isletas is offered in the following sizes: As noted above, Tierra is the rebranded and reblended version of the company’s Tierra Volcan line. It is a Nicaraguan puro that “intends to pay homage to the volcanic soil of Nicaragua and the company’s history with the former blends of the cigar.” The wrapper is a habano leaf grown in Jalapa, while the binder also comes from Jalapa but without disclosure as to its varietal. The filler tobaccos are grown in Jalapa and Condega. Tierra is offered in the following sizes: The fullest offering in the line is Lava, which gets three dots thanks to its Connecticut broadleaf wrapper, a Nicaraguan Jalapa binder, and fillers from Nicaragua’s Jalapa and Condega regions, along with Dominican H20. It’s referred to as a rich and deep mix of tobaccos from three countries that provides a satiating, fuller experience, getting its name from the lava that flows beneath the land and gave birth to the volcanic soil that is prevalent in Nicaragua. It is offered in the following four sizes:

In its marketing materials, the company has also indicated that each line will get a 4 1/2 x 26 vitola that it refers to as “Small Cigar,” though it was not included on the price list.

Jared Michaeli, co-founder and president of Favilli, said that the concept for The Granada Line was birthed last March as the company underwent a remodel of its Casa Favilli factory as well as a company rebranding, which he noted is in the final phase of completion. “It has taken some time to get to this point, but as a small factory which is required to focus on a higher standard of production and tobacco selection along with an increasing tourism market with our dedication to sales and experiences in Nicaragua and neighboring countries, we believe the timing is just right to slowly begin making product available in all channels,” he said via a press release.

He went on to praise the environment that Indiana Ortez, Favilli’s director of operations, has created in which to blend and create, as well as introducing methods and selections that are now being introduced to the world via these new cigars.

“The Granada Line is not just new blend under one person or one person’s vision, it’s a collaborative effort with my team for the vision of Favilli,” said Ortez via a press release. “My team’s contribution to the vision forward is in our commitment to create the most memorable experience for our clients and markets, celebrating the uniqueness of Granada and my countries beautiful elements.”

Favilli had previously been known in the U.S. as Mombacho Cigars.