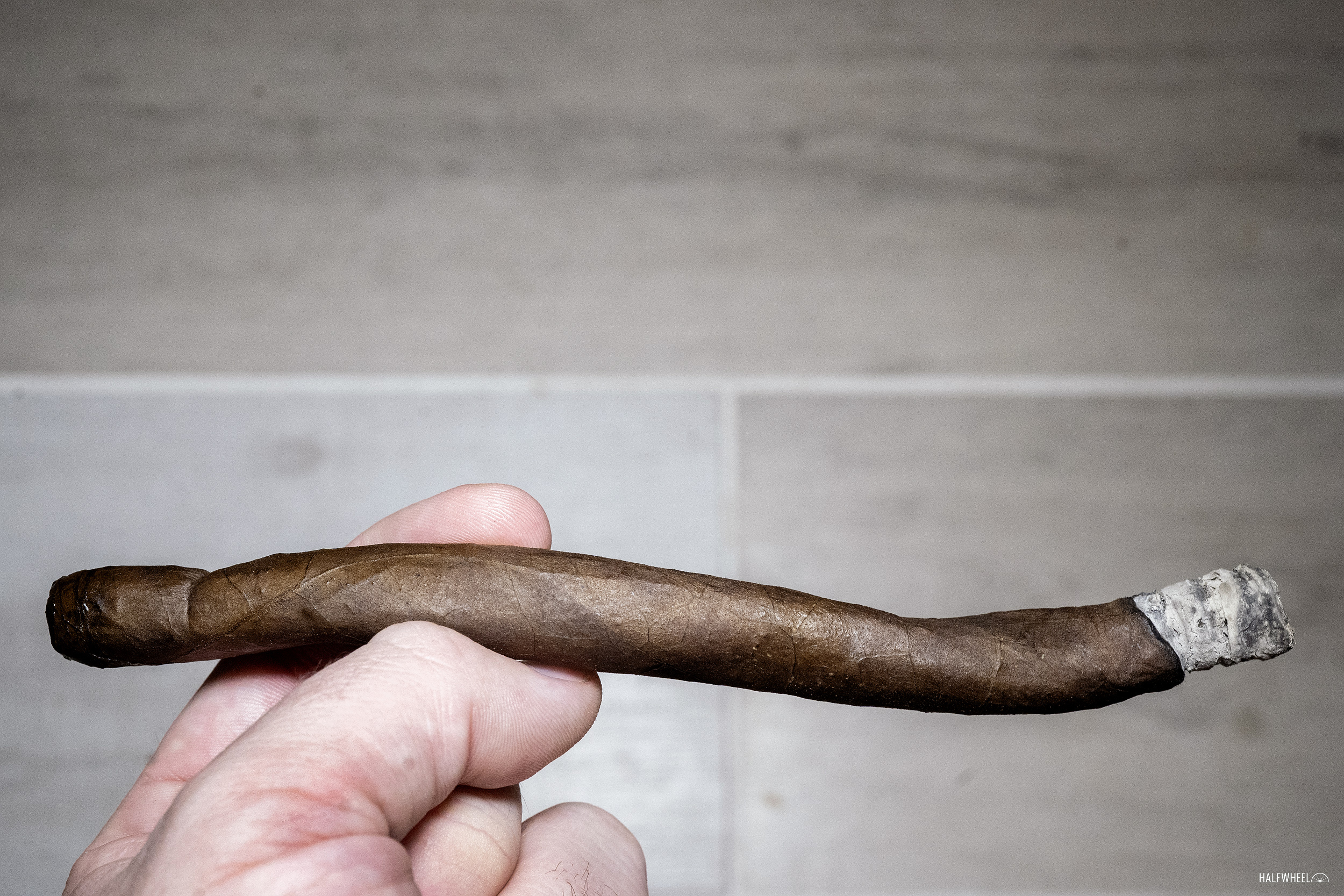 If you have been following Tatuaje’s releases in 2021, you have undoubtedly noticed that Pete Johnson has been reaching into his archives to bring back some previous limited editions for a re-release and update. It’s a move that allows him to answer the inevitable what’s new? question without necessarily having to introduce new products. It also allows him to do things like the T110 re-release, where not only does the original blend come back but it gets two new variants by way of switching out the wrapper leaf.

So when news began to circulate that Tatuaje would be releasing a new version of The Old Man and the C, it both made sense in keeping with what the company has been up to, and it piqued my interest, as that is certainly one of the more notable releases in the company’s history.

Except, it wasn’t that The Old Man and the C, which dates back to 2012. While it would be the same format, instead of using the Tatuaje Black Label blend, this time it would feature the Fausto blend. 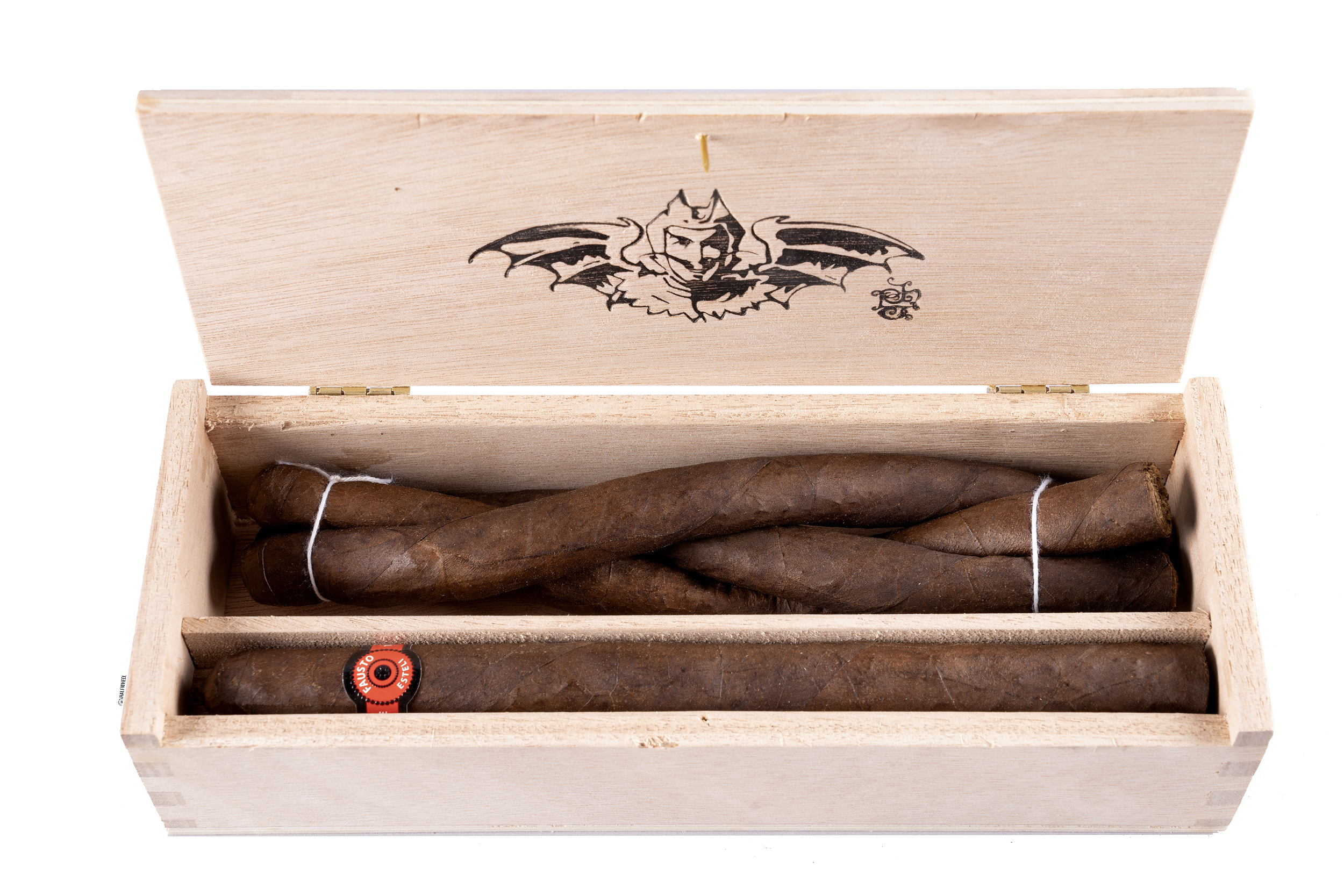 First, the format: The Old Man and the C is a combination of a culebra—the trio of twisted cigars held together with string—and a traditional lancero, in this case a 7 1/2 x 38 vitola. The four total cigars are offered in individual coffins, which have an MSRP of $35, and are packed into 10-count cases. For the Fausto The Old Man and the C, Tatuaje produced 1,000 cases, which means 10,000 coffins and thus 10,000 culebras and 10,000 lanceros.

As for the Fausto blend, it is generally referred to as the company’s strongest blend, using an Ecuadorian habano maduro wrapper over Nicaraguan binders and fillers. The line debuted in July 2011 and was notable for proclaiming its strength by borrowing from a famous line in the movie This Is Spinal Tap, with advertisements proclaiming that “this one goes to 11.”

While Fausto—which is an Italian word that means auspicious or fortunate—debuted in 2011, like many cigars its roots go back a bit further. It traces its roots back to 2009 when Johnson released the Tatuaje T110 as a single store release for R. Field Wine Co. in Hawaii. That cigar was a limited edition, noted as much for its dark wrapper as for its strong profile. It was based on another cigar that Johnson had made, the Thermonuclear, which got its name from its abundance of strength.

Fans of the Fausto line will notice that while the culebra vitola is a new addition, this isn’t the first time a lancero vitola has been released for the line. In 2014, Tatuaje released the Tatuaje Lancero Sampler, and it was one of the cigars in that set. Johnson said that while the blend has to be adjusted for the size, it remains true and is full of flavor and strength.

The cigars began shipping to retailers just before the end of May 2021. A decent number of my reviews start with something along the lines of “visually, there’s a lot to take in,” and that is certainly the case here, even though the cigars don’t wear any bands. First, there is the ceremonial aspect of opening the coffin, then removing the foil paper wrapping, cutting the two strings that hold the cigars together and separating the cigars. The cigars are bent and curved as expected, but what might be more interesting for the eyes is what that does to the wrapper. There are marks from where the two pieces of string were, indentations from where one cigar was pressed into another, and the tobacco is much more twisted than you’ll see on parejos and other figurados, and the leaves show the stretching in a unique way. There is also much more variance in the firmness of each cigar. Some spots are fairly firm and on par with other cigars while some spots are quite soft, seemingly to allow for the needed formation of the culebra shape. As for the leaves, they are a fairly dark and slightly oily dark brown; it’s a rich color with a decent vein structure and some variance in hues that can be seen at the seams. The foot has a bit of cocoa and coffee, though I’d stop short of calling it a mocha as the flavors aren’t that tightly intertwined. The coffee can also lean towards some woodiness and mild earthiness, which collectively overshadows the chocolate. There are no issues with the cold draw as air moves just as good as any parejo. The flavor is fairly dry and straightforward, reminding me a bit of pie crust, a middle-of-the-road generic wood flavor, and just a bit of simple syrup sweetness on the finish.

The Fausto Culebra starts off with a somewhat dry flavor profile that has touches of black pepper, some dry earth and wood. As it has been some time since I last smoked a Fausto, my memory of the blend isn’t as sharp as it should be, but this doesn’t yet seem like what I think of from the blend. One sample offers a much more memory-jogging first couple of puffs by upping the pepper and giving a solid and rich earthy base, accented by a quick punch of pepper to the nose via a retrohale. In the first inch, and when it’s there, the sweetness seems to evolve the most of those three, and while I don’t want to call this a sweet cigar by any means, its role in both the flavor and finish is noticeable. It seems that the cigar burns slightly quicker than average, something that makes me wonder if the rolling technique leads to a faster smoke. Flavor is generally around the medium mark but can get to medium-full, body is medium, and strength is just shy of medium. Construction is fantastic and problem-free in all areas.

The second third begins with the black pepper becoming more pronounced on the front of the tongue, and I’d argue that the cigar is starting to take on more of what I think of as the Fausto profile. Surrounding that are coffee grounds and earthiness, with a bit of the chocolate coming back in, though the finish returns the focus to the pepper. The density of the flavor builds steadily through the second third as the components begin to intensify and the body of the smoke seems to thicken up a bit as well. There are points where the flavor profile is just a bit grittier than it was earlier, but then there are puffs where I’m impressed by the building creaminess of the smoke. Retrohales are still pepper-forward, punchy and with a more lingering finish but not a knockout punch. Flavor is still a solid medium-plus, body is now medium-plus as well, and strength is right around medium. Construction remains very impressive. I’m not quite sure what is happening to the flavor as the final third of two of the samples sees a shift towards something that I can’t quite pin down; it’s a bit chalky and just enough to taste what I would describe as off, but not enough to be bad. There is one sample that stays the course, and while it doesn’t add or subtract much from the flavor, that is more than fine as the Fausto Culebra has hit an impressive level of complexity, balance and richness. There is still a bit of heat in the profile, giving a distinct feeling on the tongue but one that doesn’t irritate my taste buds. Flavor finishes around medium-plus, as does the body, while strength has crept up into medium-full territory, enough to feel a bit of nicotine in my system. Construction is still near flawless; as long as the cigar gets a regular puff, it stays lit and burning beautifully. 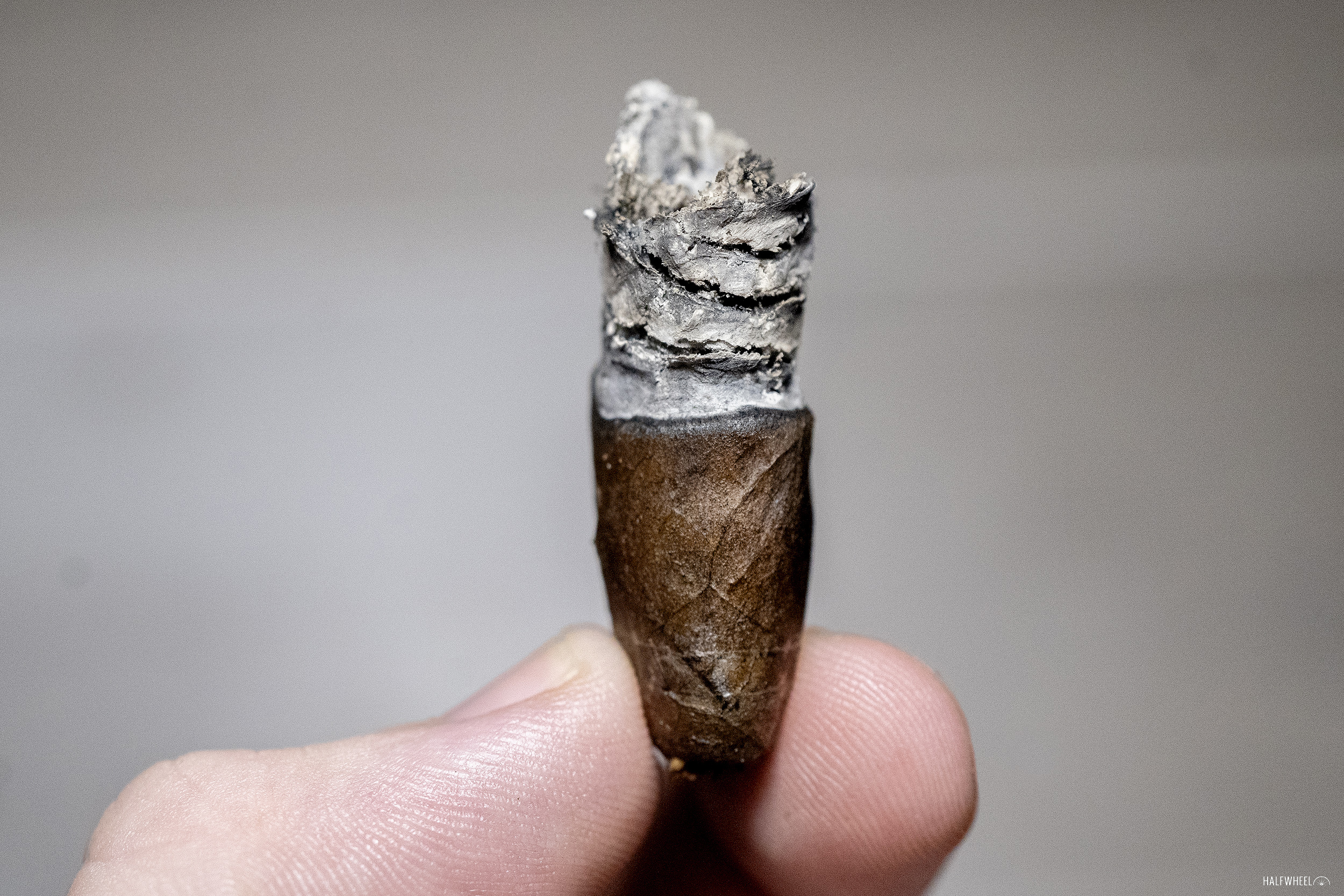 There is always some interest in trying an existing blend in a new size to see what a vitola might do to it, and this was no exception. The Fausto Culebra is a bit lighter in flavor and strength than I expected, an opinion reinforced after smoking the Lancero, which again is not part of the review or the score. It still holds onto the core notes of the Fausto blend, with a good amount of earth and black pepper, but as I noted above, smoking the Fausto Culebra and Lancero made it seem like the former didn't have the full power of the blend at its disposal, something I'm inclined to think is a byproduct of needing to adjust the tobaccos to allow for the shaping of the culebra. While the cigars are still very good, what is most remarkable is the construction and combustion. Each one burned beautifully, and easily as well if not better than some off-the-shelf releases in familiar vitolas that I have smoked recently. This is certainly a collectible release if that's your thing, but it is also a very smokable one as well, and one that shows off a slightly milder expression of the Fausto blend with favorable results. It's definitely worth picking up a coffin if you can find one, or maybe two if you want one to keep in your collection.