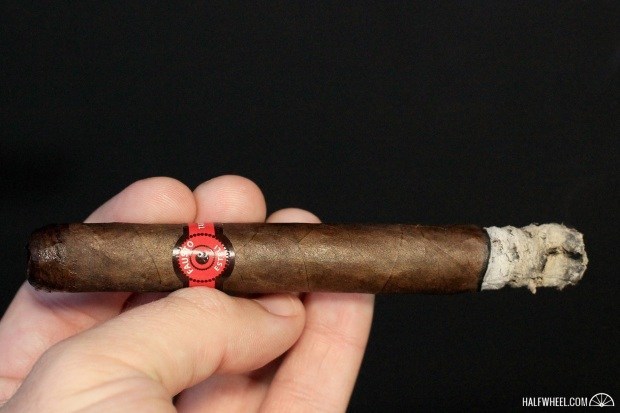 There were a number of anniversaries celebrated in 2013, two of which came together to produce a limited edition store exclusive in the form of the Fausto Up Down 10/50.

Pete Johnson’s Tatuaje brand turned 10 years old that year, while Diana Silvius’ Up Down Cigar in Chicago turned 50. To celebrate the two anniversaries, Johnson created the Fausto Up Down 10/50, one of four limited editions made in celebration of the store, joining the Davidoff Up Down 50th Anniversary, La Aurora 100 Años Up Down 50th Anniversary Corona and the Jaíme García Reserva Especial Up Down 10/50.

The store’s website says that the Fausto has “always been a staff favorite,” but that a smaller ring gauge was always wanted to better show off the Ecuadorian Habano Maduro wrapper.

At its release, it became the 22nd member of the Fausto family, and has since been joined by a lancero version released as part of a ten-count sampler in April 2014. Both cigars are a bit of a victory of sorts, as when the Fausto line debuted in July of 2011, Johnson said he had concerns about its viability in smaller ring gauges to questions about the consistency of the draw. He credited the buncheros at My Father Cigars S.A. with becoming more familiar about how to handle the tobacco used in the Fausto blend, as well as his own experimentation with the blend in helping to resolve any concerns about how it would handle being rolled in a more slender size.

To say that I’m glad Pete Johnson and the buncheros at My Father Cigars were able to successfully create a smaller ring gauge of the Fausto blend would be an understatement. I’ve always liked the Fausto line, though I don’t get to smoke them often enough. The Fausto Up Down 10/50 seems to do exactly what the folks at the store hoped, and that’s show off the wrapper’s flavor profile better. It distills down all the core notes beautifully and offers mouthfuls of flavor and incredibly pleasing aromas, all while performing flawlessly. Assuming these hold their flavors, they should smoke well for some time, and as the flavors continue to mesh together I can only imagine that this cigar will continue to get better. If you like the Fausto line, you should love how it performs in this smaller ring gauge.

The Fausto Up Down 10/50 has a rich and fairly dark wrapper with small veins and a very uniform color. There are a few small irregularities as far as the roll quality though nothing out of the norm, and the cigar has a fairly uniform firmness from top to bottom. The pre-light aroma off the foot is initially mild but opens up to shows notes of chocolate syrup, pepper and earth, a very enjoyable combination that take just a second or two to open up in the nose. The cold draw is easy but far from loose and shows far less flavor, with touches of hot fudge sweetness coming through most distinctly.

Not surprisingly at all, the Fausto wastes no time delivering plenty of smoke and some nice full flavors, with pepper coming into those nose and an earthy complexity on the tongue. While pepper is certainly the most forward part of the equation on early retrohales, it’s the background notes that are most intriguing and complex, with barnyard, earth, chocolate sweetness and the aforementioned pepper all coming together harmoniously and continuing to develop even after the smoke has been exhaled. The flavor continues to shift and build, with the pepper becoming sharper and more pronounced, almost to the point of being a but unpleasant as it separates itself from the rest of the notes. The aroma continues to be fantastic thanks to just enough sweetness that keeps the overall experience familiar and not too overbearing, yet still packs the amount of punch that the Fausto blend is known for. 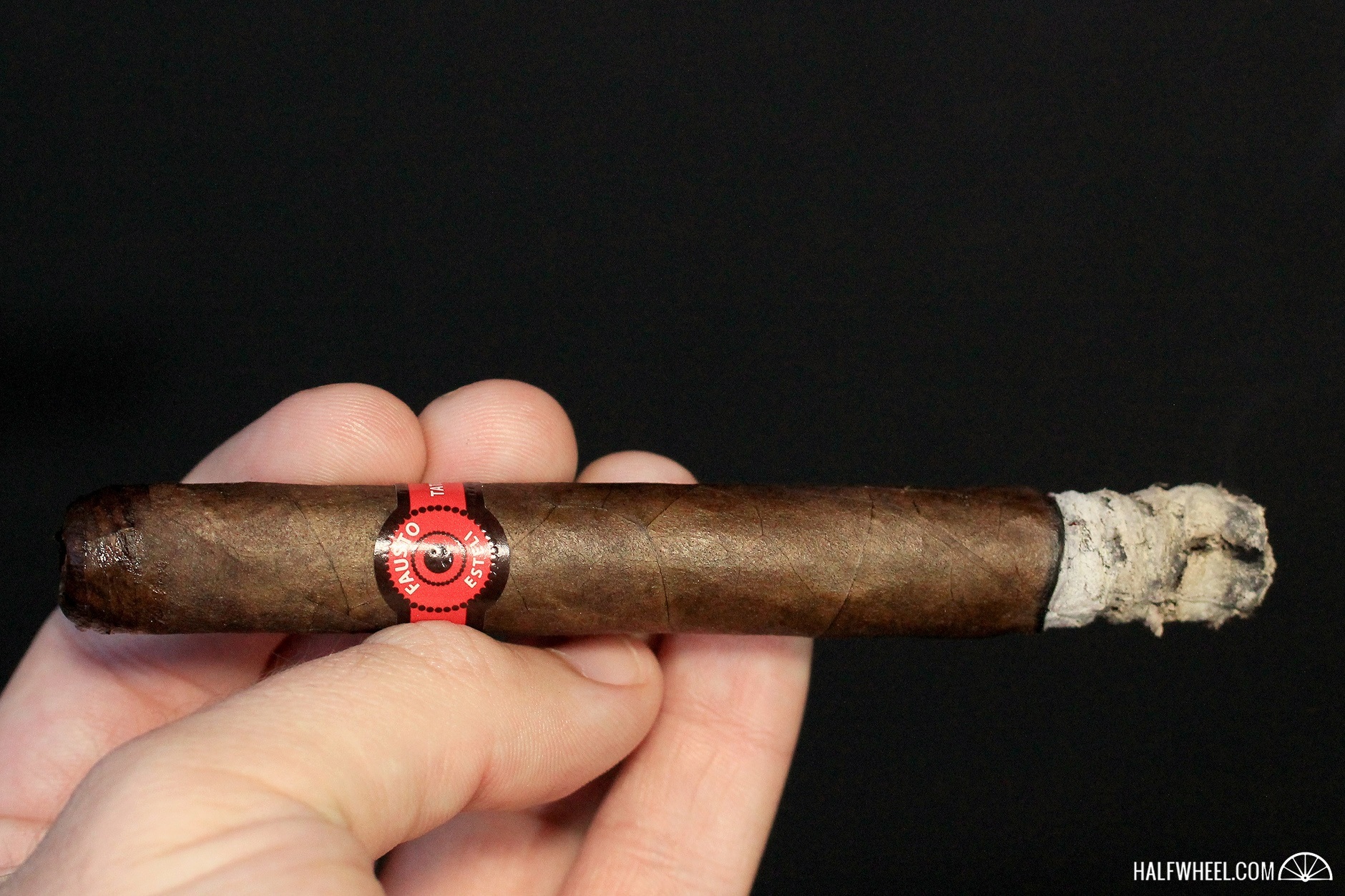 I’m a bit surprised by the mellowing out of flavors and strength in the second half, though the Fausto 10/50 has by no means become a mellow cigar, let alone medium in terms of strength or pepper. There’s still plenty to go around, yet I find it lacks the heavier, earthy backing note that was present earlier. There are a few occasions where the aroma turns meaty, leaning towards a cool raw steak expression at times while at others picking up characteristics of one just plated and presented. The flavor regains a good bit of its strength in the final third, closing on a full bodied note that returns nicely to nearly the same place the cigar started, with retrohales picking up a good bit of pepper as well as some mineral notes that help it further pop in the nose. Technical performance was solid, as the cigar maintained an even burn line throughout, with the ash—while finicky at times—holding on respectably given its smaller ring gauge.

I was amazed to go back and read my original notes about the Fausto Up Down 10/50 after smoking this cigar after 13 months of rest. Many of the notes are identical, and I can certainly taste just a bit of mellowing of some pepper notes. However, the core notes that made this cigar so enjoyable are still there aplenty, and the cigar hasn't lost its signature punch at all. Fausto fans have no reason not to scoop up what remains of these while they're still available, as they are smoking beautifully at the moment and show the potential to age well in the near future.