My Father Le Bijou 1922 The Martino

As part of its 20th anniversary celebration, Anthony’s Cigar Emporium in Phoenix and Tucson received a pair of exclusive cigars last month. One of those cigars came from La Flor Dominicana and the other was from My Father. The cigar’s name is the My Father Le Bijou 1922 The Martino. Mike Teufel, who bought the store in 1999, thought that it would be appropriate to honor Anthony Martino, the original owner. This extended to all forms of packaging including a foot band and an insert in the box. It’s a relatively small cigar to begin with and trying to place three bands, including the sizable main ring, is probably just too much as there’s very little of the cigar actually showing. While I normally avoid taking off bands until it’s necessary, I actually remove all three bands before smoking with the exception of the one sample I photographed. Once that process is complete I pick up sweet raspberry, mushroom and leather from the wrapper. From the foot, there’s burnt coffee over raspberry, leather and grassiness. While I couldn’t pick up any pepper with my nose, there’s some chili on my lips from the cold draw. It’s joined by acidic leather, a touch of mushrooms and floral flavors.

None of the sweetness I find on various parts of the pre-light ritual is present once the Le Bijou is lit; instead it’s meaty flavors and dry earth all over the palate. Each of the three samples require some initial corrections with the lighter, which was a bit odd, but eventually the slow-burning Le Bijou provides a core profile of semisweet earth and some red peppers. It’s one of the most elementary flavor combinations I’ve had in a while, varying layers of earth and a touch of pepper. Strength is medium-full, which provides at least some excitement. 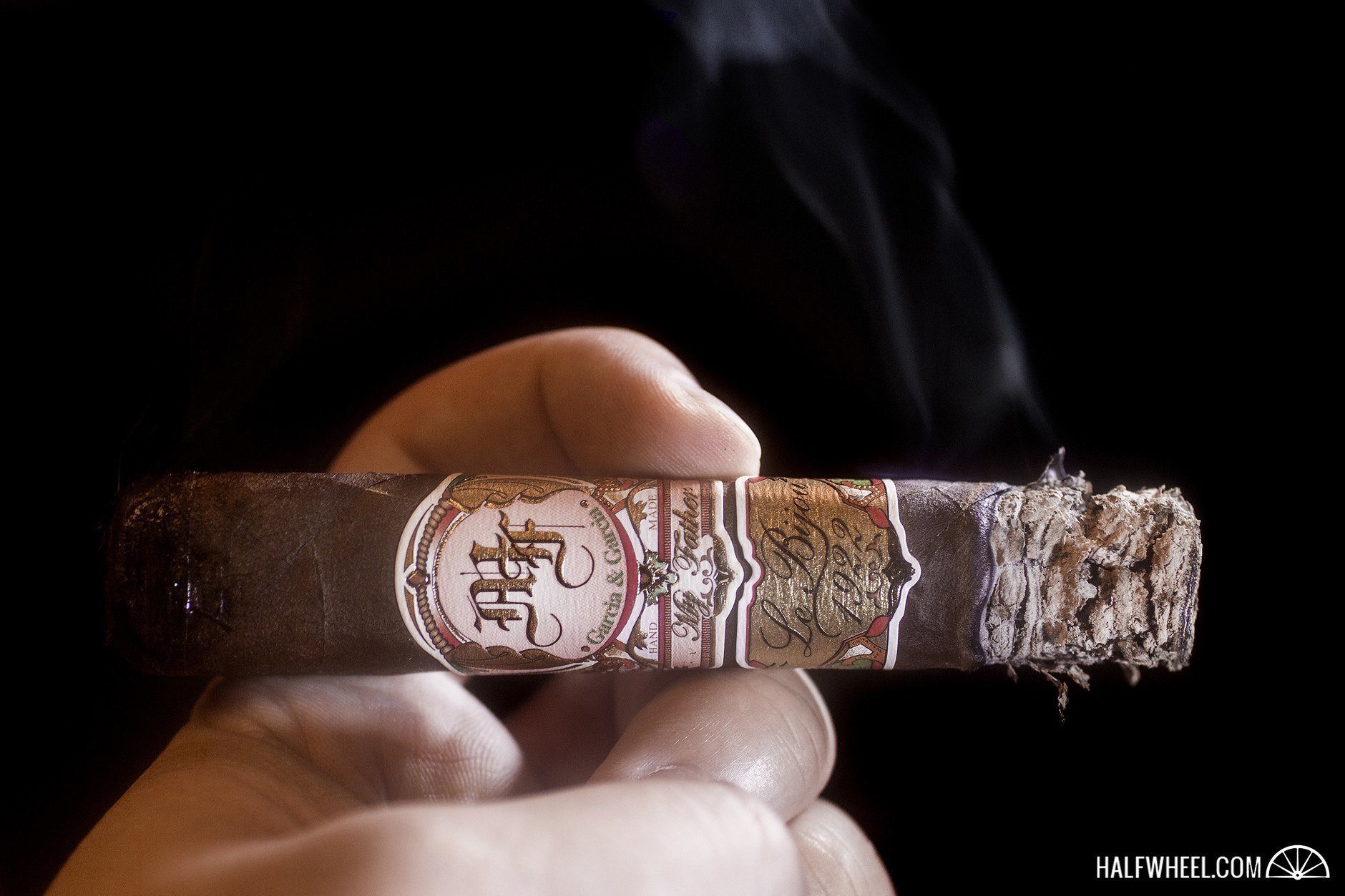 The My Father Le Bijou 1922 The Martino doesn’t show a dramatic change in the second third. While there are new flavors—woodsiness that morphs into a more detailed cedar—the earthiness remains the dominant flavor along with a pepper note that is now more black pepper than red. Honestly, if I wasn’t taking notes, it’s unlikely I would have remembered the profile changed. It’s no more exciting than the first third and continues to burn at a very slow pace. Construction is fine throughout all three samples and the strength hasn’t budged, still at medium-full. Somewhat surprisingly, there was a bit of life in the final third flavor-wise. The Martino is still very earthy, but the black pepper increases and is now joined by a generic leather and a touch of lemon through the nose. It’s not much, but it’s dramatically more than what I found in the first three inches. While the strength increases to full, it’s not enough to keep me excited enough to burn the short Le Bijou to my fingers. At halfwheel, we like to think that smoking three cigars should provide a decent grasp of a cigar. It’s not perfect and there’s a chance that I ended up with the only three bad cigars of the 7,500 that were rolled. Honestly, that’s what I hoped happened. Even if you discard the sample with the awful draw, the other two cigars were barely mediocre. As a brand and factory, My Father has produced some very good cigars—this is just not one of them.