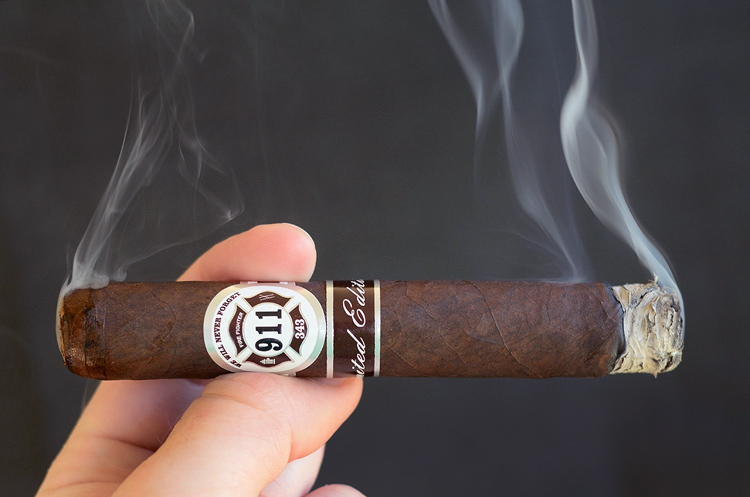 Here is a little more of the back story directly from the 911 Cigars website:

Last year Jeffrey Holst, a battalion chief here in Lombard Illinois, brought to us the idea of creating a special one of a kind cigar to commemorate the 343 fallen Firefighters of the 9/11 attacks. Jaime Garcia, of My Father Cigar Company, graciously accepted the task of blending and creating this one of a kind cigar. With only being given three weeks with which to produce this cigar, Jaime blended something truly amazing and unique for this special purpose. This year Jaime, Mike, and Sam have tweaked the blend to take this cigar to next level and create a truly amazing smoking experience that will appeal to every connoisseur’s taste. Considerable time and effort has gone into creating something truly special and worthy of commemorating such a worthwhile cause.

Just the same as last year there is a mix of two different wrappers in each box. This year with the tweaked blend we are getting different wrappers though. In each box there are nine Connecticut Ecuador wrappers and 11 Habano Maduro wrappers. Also the same however is the size of the cigar, which they stayed with the 5 1/2 x 54 Toro. 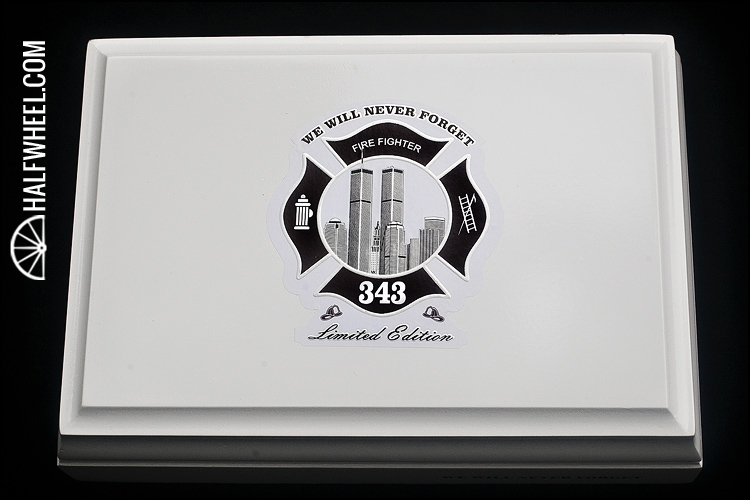 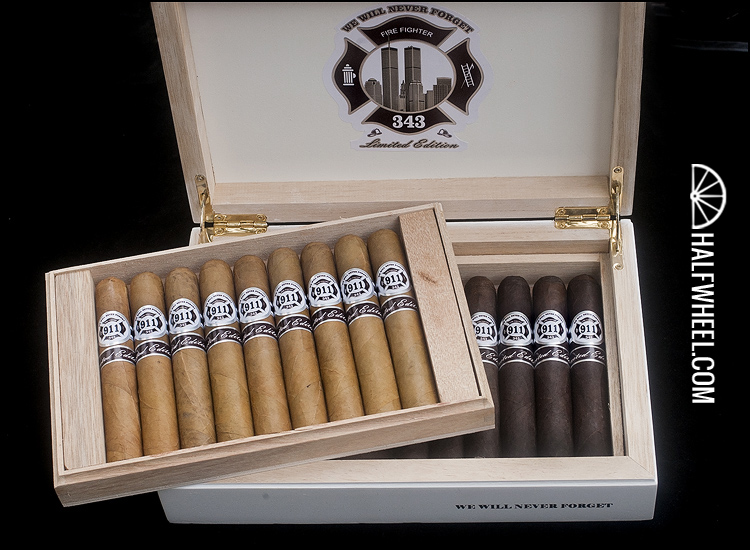 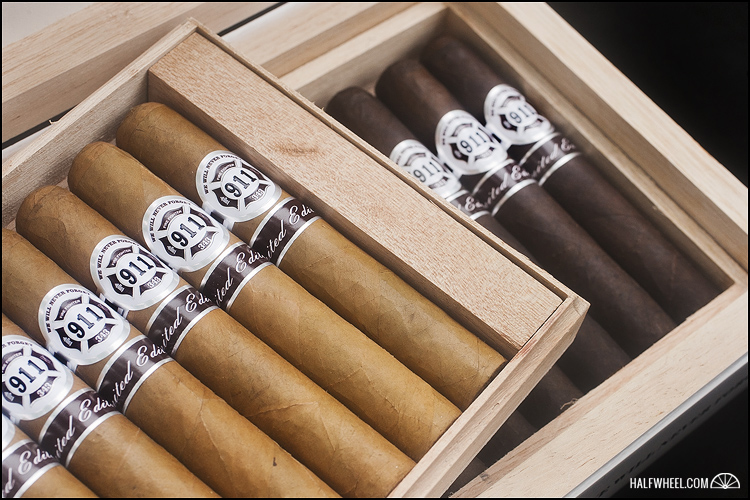 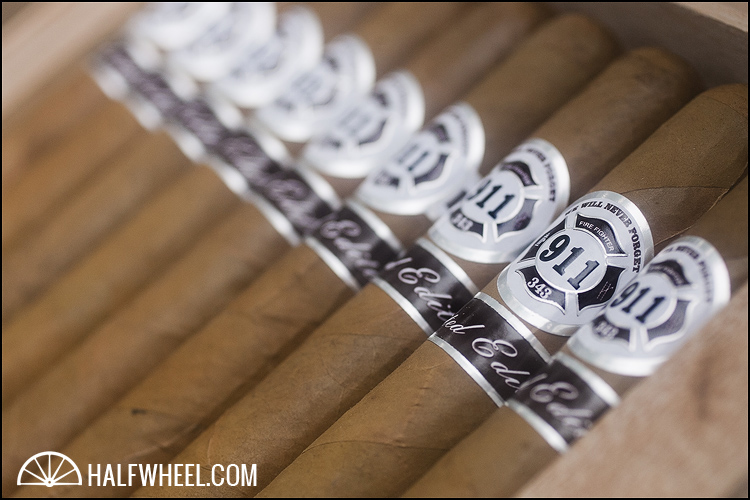 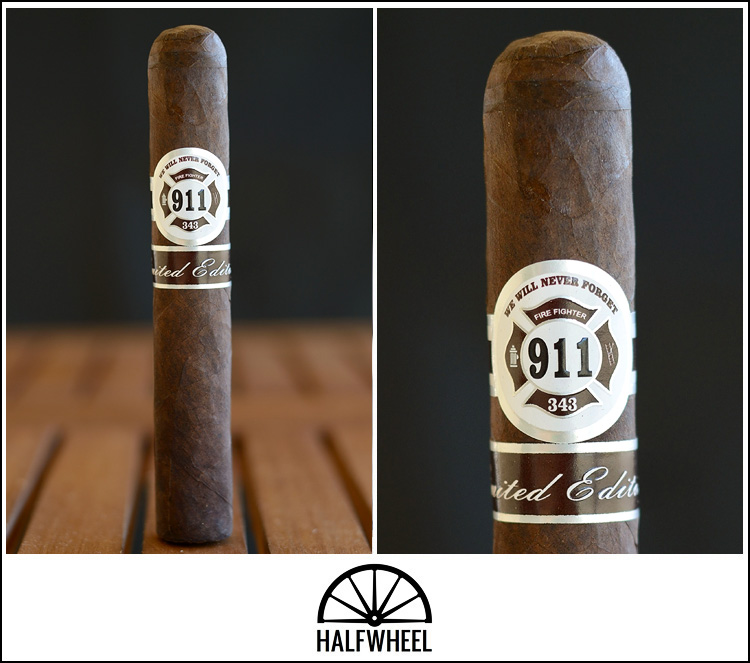 The first thing I notice about the 911 cigar is the band. It’s the iconic Maltese Cross with “We Will Never Forget” above it, 911 in the middle, and 343 on the bottom — nowhere mentioned or marked is the fact that it is a My Father cigar. The cigar is more on the firm side but still has a little give to it. Its wrapper is a deep dark chocolate color with very few veins. The aroma of the wrapper is strong dark chocolate, hay, and a slight barnyard note. The cold draw is a little loose and has notes of strong cinnamon, slightly musty cocoa and apples.

The first third starts out with so many flavor notes it’s hard to distinguish them which I wouldn’t say is a bad thing. The best way to describe it would be that it is an overall fruity and spice heavy profile. Concentrating specifically on the notes I am able to pull out the aforementioned apples, dried figs, cinnamon, cocoa and a wonderful general sweetness. It is one of the deepest and richest profiles I remember starting off a cigar with. There is abundant smoke production. The ash is a very light gray, almost white and holds to about three quarters of an inch. The burn is also a little off, however a quick touch up seems to have resolved the issue for now. Towards the end of this part a sweet dark chocolate note has really started dominating the profile and a little bit of spice is developing in the back of my throat. The fruity profile has started to subside a bit and is moving on to a spicy chocolate dominance. 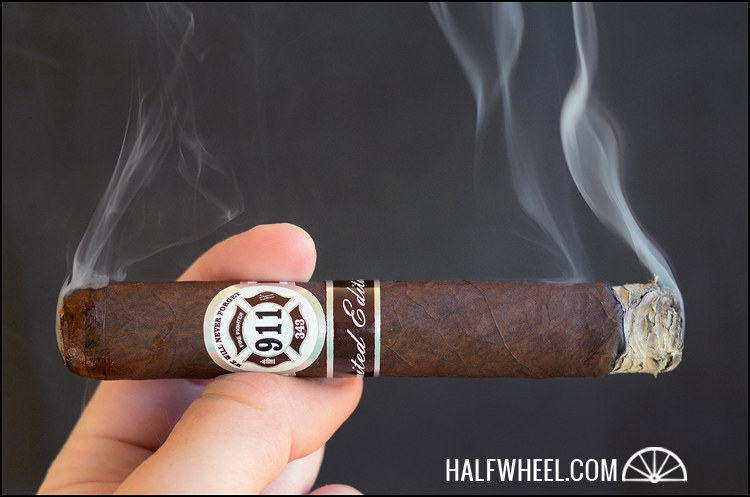 Starting off the second third has gotten a little stronger, both in spicy bite and overall strength. Cinnamon, chocolate, and occasional fruity notes are still dominating the profile, however the pepper that was in the background is fighting to work its way to the forefront. The burn was straight for a little while, however it seems to have worked its way a little more towards the rugged side in only about a half an inch. A touch of bitterness has worked its way into the mix, which is unfortunate but not enough to kill the enjoyable profile. 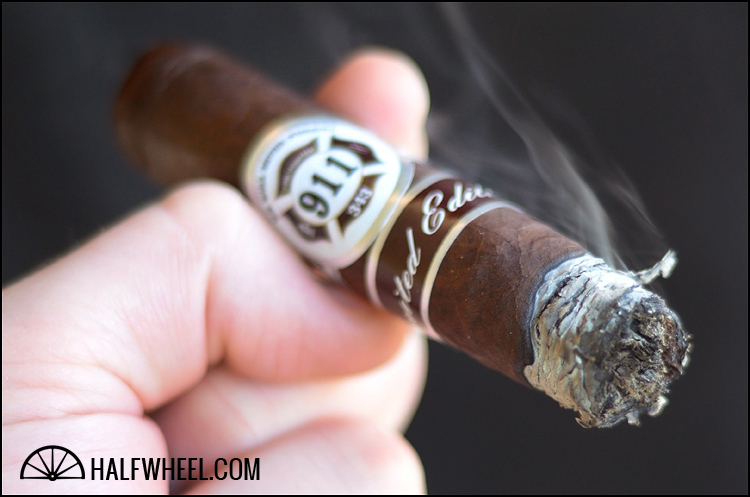 The final third has mellowed out in terms of flavor but the strength of the cigar continues to grow. There have been pretty consistent touch ups needed throughout the cigar, but that hasn’t seem to affect the flavors at all. There is still some chocolate and pepper hanging around in the profile, which would have been the two flavors I would have chosen to keep if I could only choose two. The slight bitterness hasn’t gotten any worse at the end but it hasn’t gotten any better either. Last year it was stated that Jaime García only had three weeks to blend the cigar so it was released in time. While I didn’t smoke them, according to Steve Valle’s reviews from last year they turned out good but not great. I’m glad that they took the time to tweak the blend for this year’s release however because this is what I can call a great cigar. The first third was one of the most complex and enjoyable profiles I’ve experienced in a cigar. While the rest of the cigar wasn’t nearly as complex it still was quite enjoyable.