When Fable Cigars launched its debut Fourth Prime line, the intent was always to have seven sizes as seven is the fourth prime. But when the line debuted, only four sizes were released.

But this past March, after unveiling them at the 2016 IPCPR Convention & Trade Show, the company added three new, limited production sizes, completing the full launch of the line and bringing in some more meaning behind the line’s name. 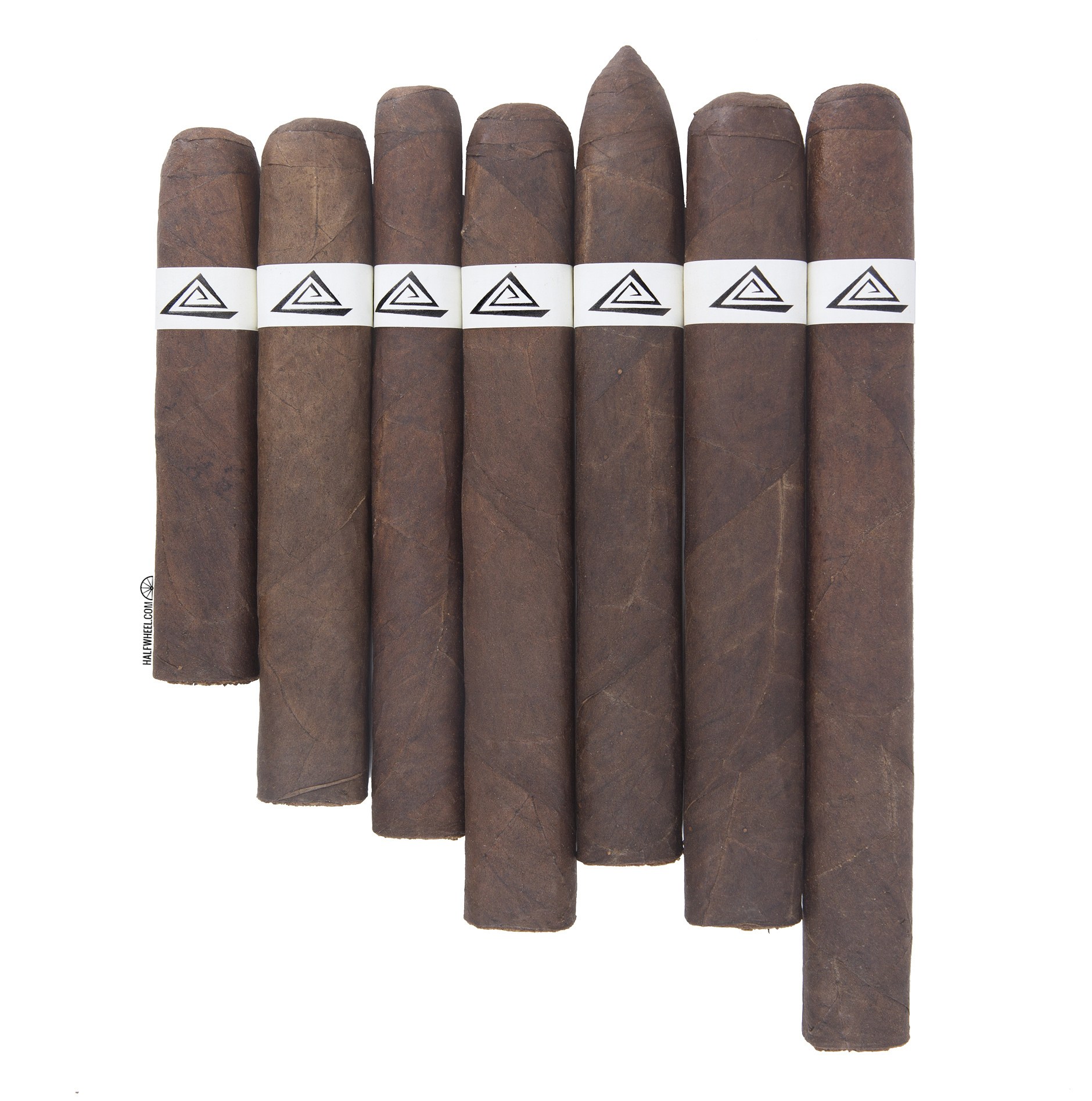 All seven sizes use a Pennsylvania broadleaf wrapper, Ecuadorian habano ligero binder and Dominican and Nicaraguan fillers. It is produced at Fabrica de Tabacos NicaSueño S.A. and distributed by Pospiech, Inc.

The three new sizes are also sold in packs of seven or boxes of 28, which of course is a multiple of seven. 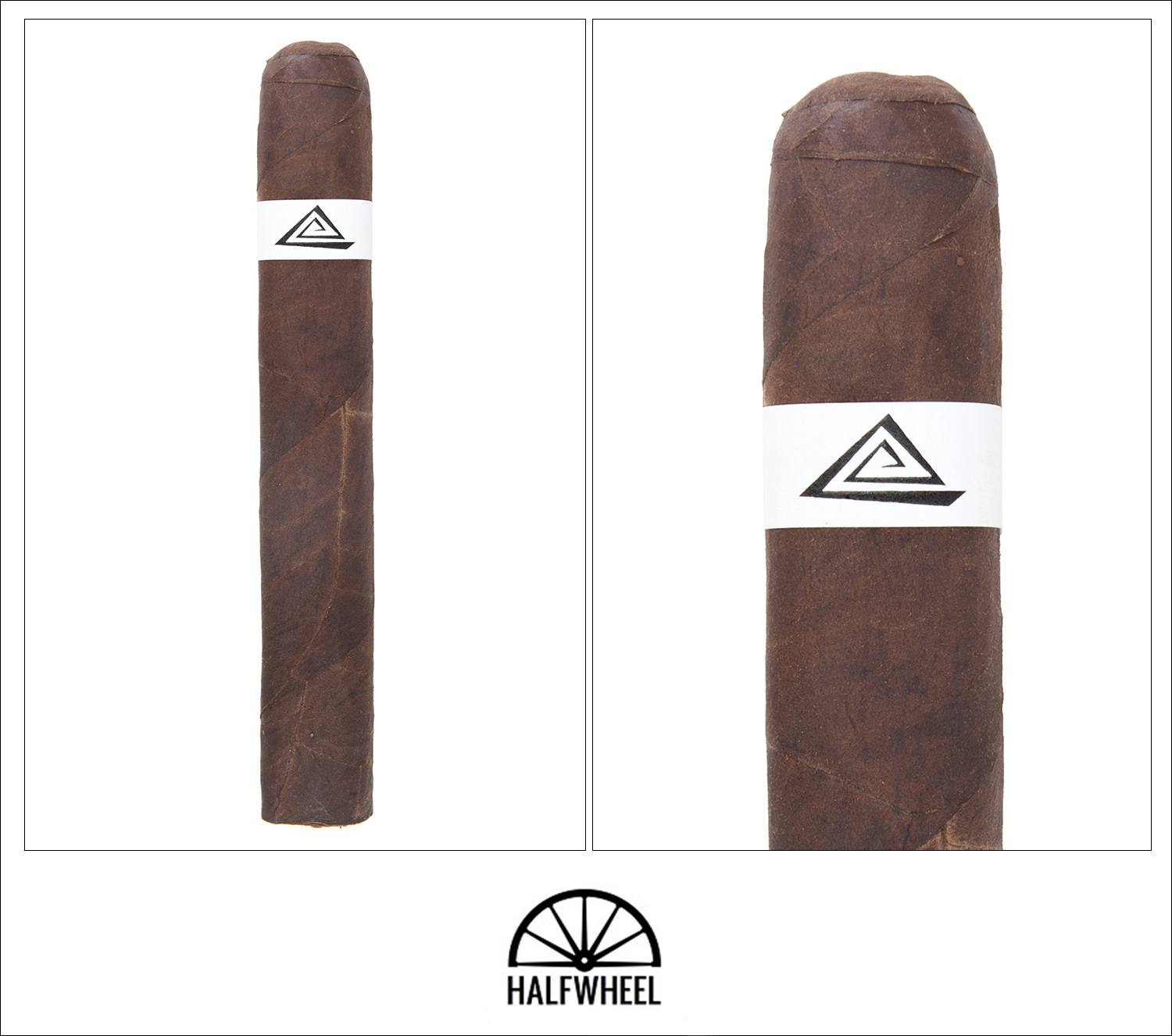 The wrapper is an earthy shade of brown with a bit of a brick red hue to it, and combined with the size of the Machu gives the overall appearance some real presence. The leaf has a velvet texture that offers plenty of tactile sensation, and while the veins are quite noticeable they seem to have been rolled flat and are barely noticeable to my fingertips. The box press takes a bit of the edge off the size and morphs the cigar into a bit of a candy bar shape, though I’m not sure if it is responsible for puckering up the seam of the first sample just under the cap. The aroma off the foot is cool and slightly sweet, suggesting a graham cracker or a Butterfinger that just came out of the freezer on the first while the second is even cooler and juicier, with a bit more pepper and some teriyaki sauce tanginess to it, and the third falls somewhere in between, with a touch of banana smoothie. The cold draw ranges from a touch loose to McDonalds straw loose and delivers notes of chocolate chips and cocoa powder for the sweetness while a sprinkling of pepper is found in one sample.

The Fable Fourth Prime Machu starts off on a medium-plus note with a complex and flavorful mix of pepper, bark and dark chocolate for the palate, while the nose gets a hearty helping of table pepper that lights up the nostrils immediately. There’s a bit of difference between how the three samples manifest themselves, and I’m inclined to believe it’s due to the substantial differences in the draw; the first and third are richer and have a firmer draw, while the second’s is much looser and the flavors don’t seem as dense. The cigar isn’t outright sweet as much as it is decadent, quickly evolving and picking up notes of warm molten chocolate cake, while retrohales move more towards bright white pepper that is still sharp in the nostrils but quite enjoyable. Smoke production is substantial, with each puff generating copious amounts of light grey smoke, while the ash holds on well to the one-inch mark before I tap it off out of nervousness. The sweetness from the chocolate begins to fade away and the flavor dries out just a touch, staying in its medium-plus profile but now with pepper leading the way on top of a gradually more earthy core. There’s a bit of separation in terms of what the palate gets texture-wise, while good base and top notes are established, there seems to be something lacking in the middle of the equation. Tree bark begins to fill in that gap as the cigar approaches the second third, while the burn line begins to go a bit awry. Burn wise, the Machu produces plenty of smoke but shows a wavy burn line that teeters on the edge of requiring a touch-up, if for nothing other than visual appearance. 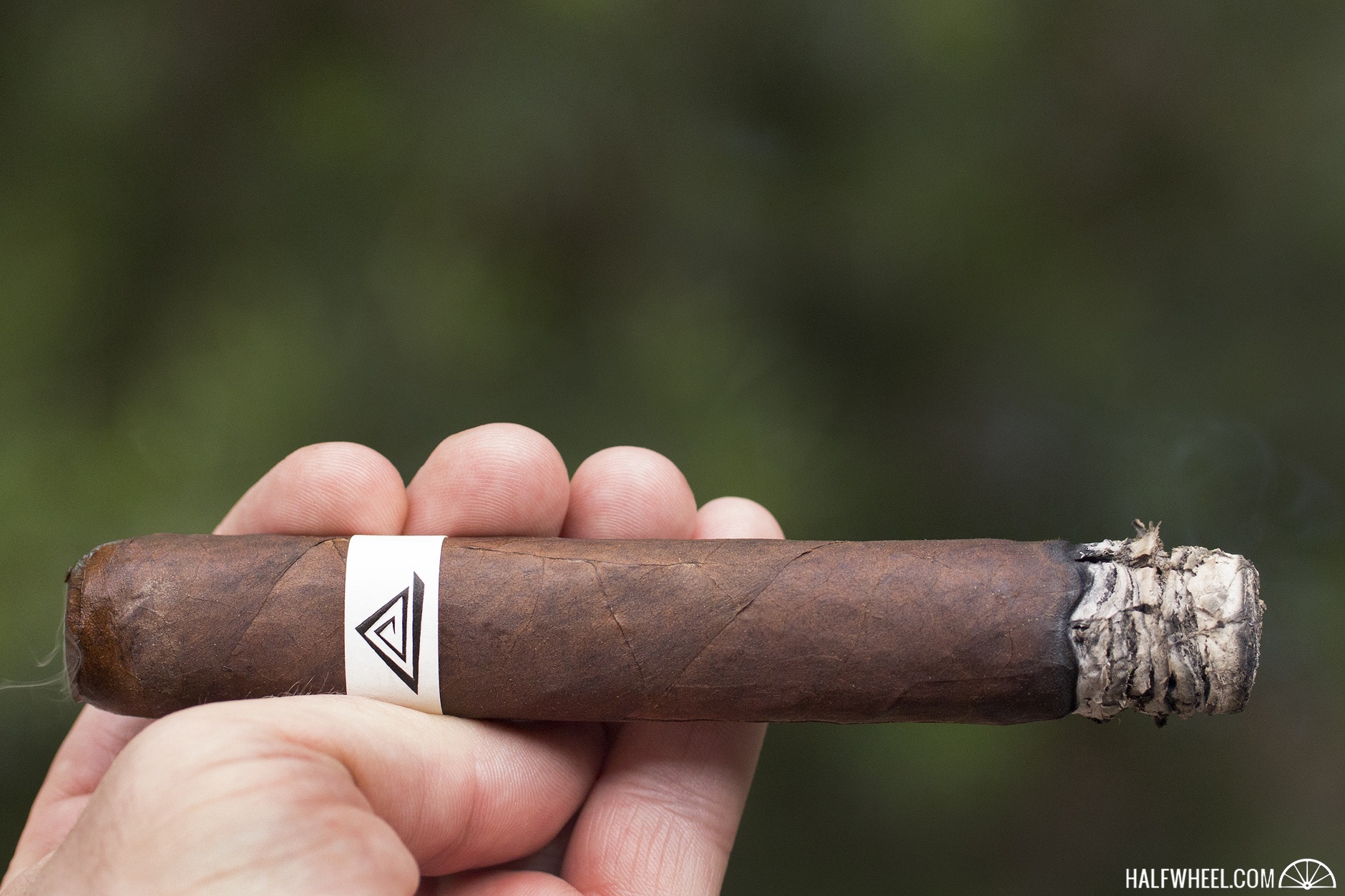 While I got some hints of the Fable Fourth Prime Machu’s strength in the first third, I can begin to feel the nicotine setting in not long after the second third starts. The flavor dries out just a touch more before returning to a bit lusher texture and sensation, as the chocolate makes its return and there is just a bit of dampness to the smoke—or at least perceived dampness—that helps it settle into the palate without drying it out. Retrohales are still quite peppery, with one creating a lasting enough impression that I find myself only taking a few per section. Past the midway point, the pepper sharpens up a bit, almost picking up a bit of red chili flakes, which gets directed more towards the tip of the tongue than it had been previously. Sweetness again leaves the profile, and I can’t say the cigar is better for it as the flavor feels a bit less cohesive and certainly less complex. The cigar needs another quick touch-up to get the burn line evened out, but otherwise the draw and burn have been very good, with still substantial smoke production. 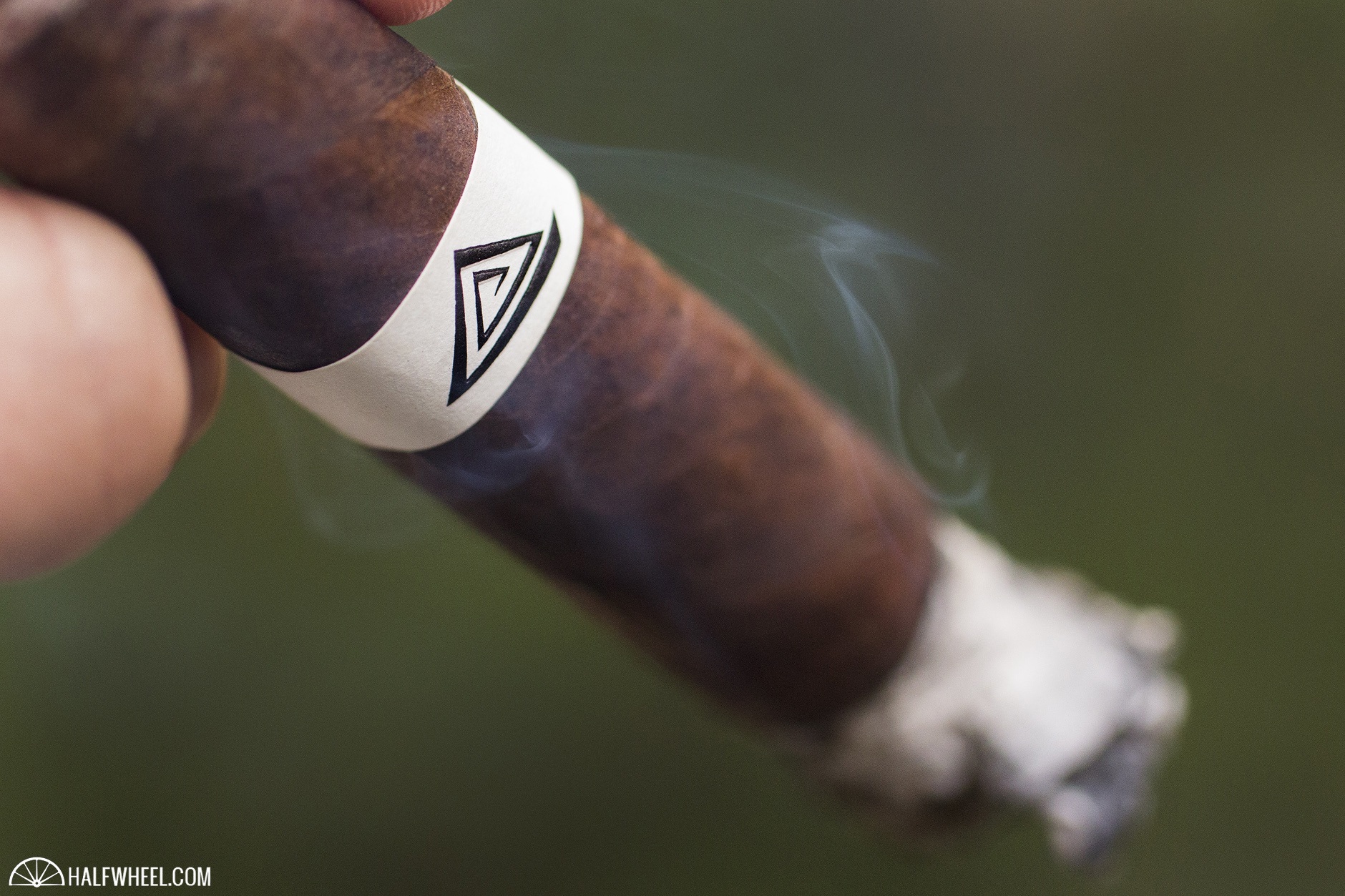 The Fable Fourth Prime Machu hasn’t been a quick smoking cigar, but the final third seems to apply the brakes as much as it can while keeping the cigar burning. The flavor in the final two inches gets back into chocolate but by way of a cupcake spin, with pepper lingering and a bit of rough, mineral-laden earthiness filling in the rest of the spaces and leaving a somewhat unpleasant lingering finish. There’s more pepper for the nose in the final inches as well, as retrohales are at least as potent as they have been to this point, and I might even argue they are even more so at this point. The ash begins to flake off in this section a good bit more than it had earlier, though the core remains dense and largely intact. 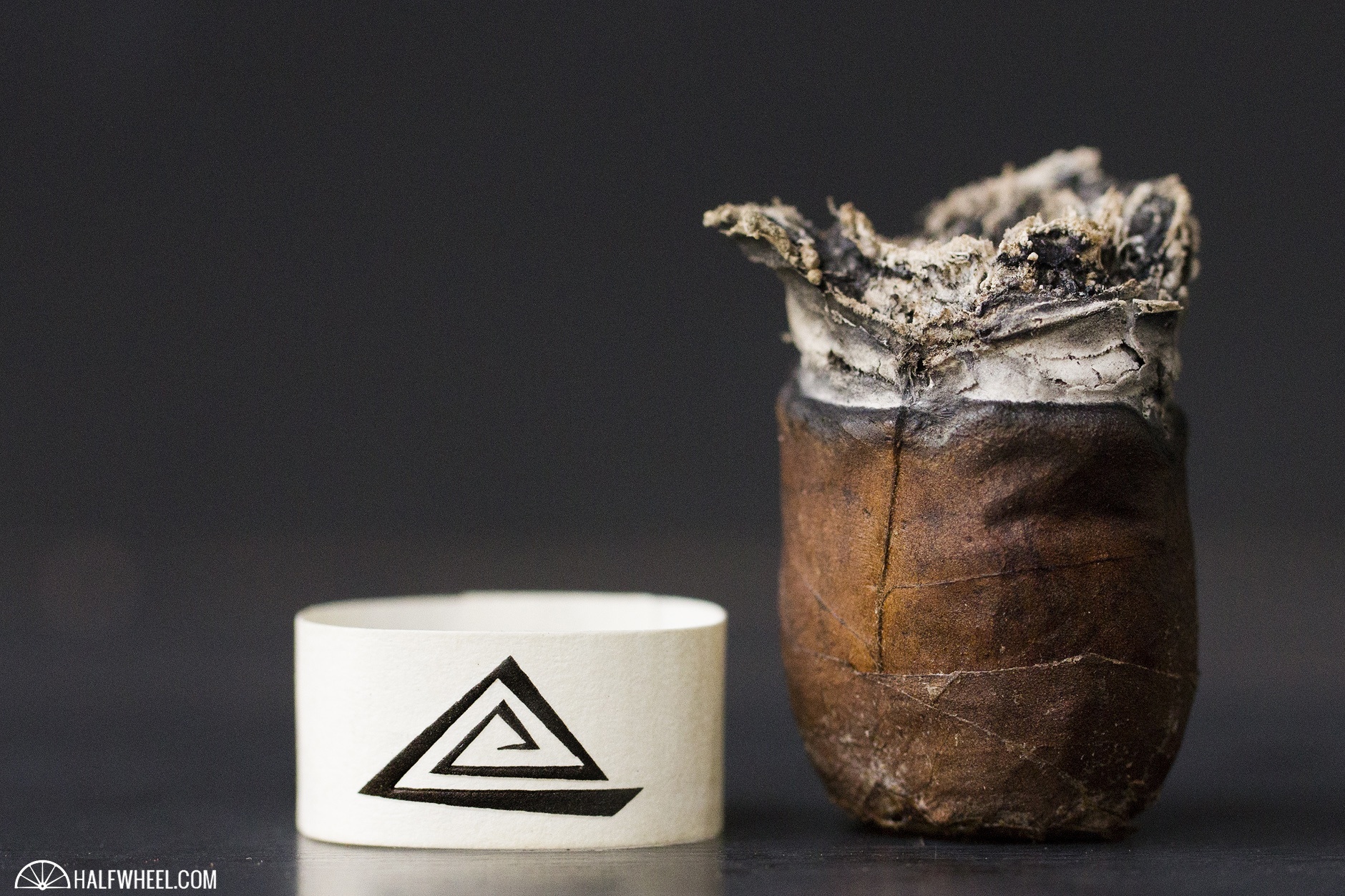 Had the second sample had even an acceptable draw, the score would have certainly been a few points higher, and I feel a bit remorseful that the other two cigars suffer from that detractor. From the get-go the Fable Fourth Prime Machu is complex and flavorful, staying largely balanced with the pepper and strength and only occasionally straying from its well-crafted baseline. The chocolate note that runs throughout the cigar is quite enjoyable, both in its own evolution and as the partner for the rest of the flavors. Consider me impressed by this latest addition to Fable's Fourth Prime line.