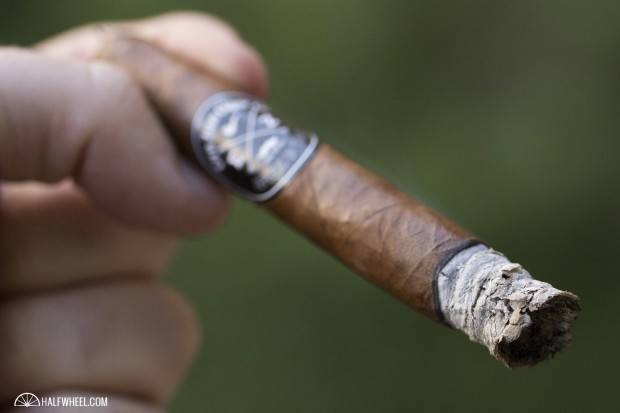 Ezra Zion All My EX’s Lancero

The guys behind Ezra Zion Cigar Co. haven’t hid the fact that they both call Texas home, but for the company’s latest limited edition, they not only put it on the band but named it after a song that is almost synonymous with the state.

All My EX’s was announced in late June, just a few weeks ahead of the 2015 IPCPR Convention & Trade Show, where Chris Kelly, co-owner of Ezra Zion, described it as being “completely outside the wheelhouse of what you’ve come to expect from Ezra Zion.”

Kyle Hoover, co-owner of Ezra Zion, said that the cigar was more than a year in the making, a result of the company’s constant effort to challenge themselves in blending.

It’s being released in a trio of sizes. The cigars are made at Noel Rojas’ Tabacalera Aromas de Jalapa factory. The All My EX’s Lancero looks and feels just a bit bigger than a standard lancero, though not by much but enough to make true lancero connoisseurs realize that the name is a bit of a stretch. There’s a bit of give from top to bottom, enough to suggest it was a bit underfilled and have me slightly concerned about the draw. The presentation is fine otherwise: the wrapper is a handsome shade of brown, just past the midpoint on the darkness scale and reminding me of lighter roast coffee beans but with more sheen. Veins are few and far between, while the cap is applied about as cleanly as you’ll see from any quality factory. From the foot I get an interesting pair of notes that are pulling my sense of smell in seemingly opposite directions yet also working together: a base coffee and chocolate note tries to take things in one direction, while a thick, orange candy sweetness tries to go in another direction, yet their congruence results in a wonderful third smell of combination. The cold draw—which isn’t overly loose as feared—shows a woodier profile, void of spice or pepper for the most part and instead offering a fairly dry bite on the tongue.

It takes just a few seconds to get Ezra Zion’s All My EX’s toasted up and putting off a decent amount of smoke; the flavor is much more similar to what I got from the cold draw than what I picked up through the nose as a hearty wood taste leads the way with a good bit of tingle for the tongue. The first few retrohales show a more pepper-forward profile, though with a delayed impact on the olfactory system. It’s a solid opening for the cigar, something that seems to hit its first peak right as the ash breaks off about half an inch into the stick. So far the draw has been smooth and easy the burn line staying even and no lack of smoke production. There are a few puffs where the flavor from the All My EX’s is so smooth and balanced, it’s almost easy to overlook; where most cigars might be showing some unbalanced component this cigar seems completely dialed in. The ash has also gotten a bit more durable, growing to nearly an inch as the burn line crosses the midpoint.  Shortly past the halfway marker, a noticeable flavor shift comes along with the cigar getting smokier, a bit more pepper-driven and a touch more robust. There’s also a bit more persistent of a finish on the tongue, and I think I’m starting to get the first hint of the orange note I picked up in the nose prior to lighting the cigar. The Ecuadorian habano starts to really shine in this section with the Nicaraguan fillers providing plenty of backup to create a gruffer profile than offered earlier. It appears that the orange note was a mere tease as it has vanished with the final third quickly approaching. 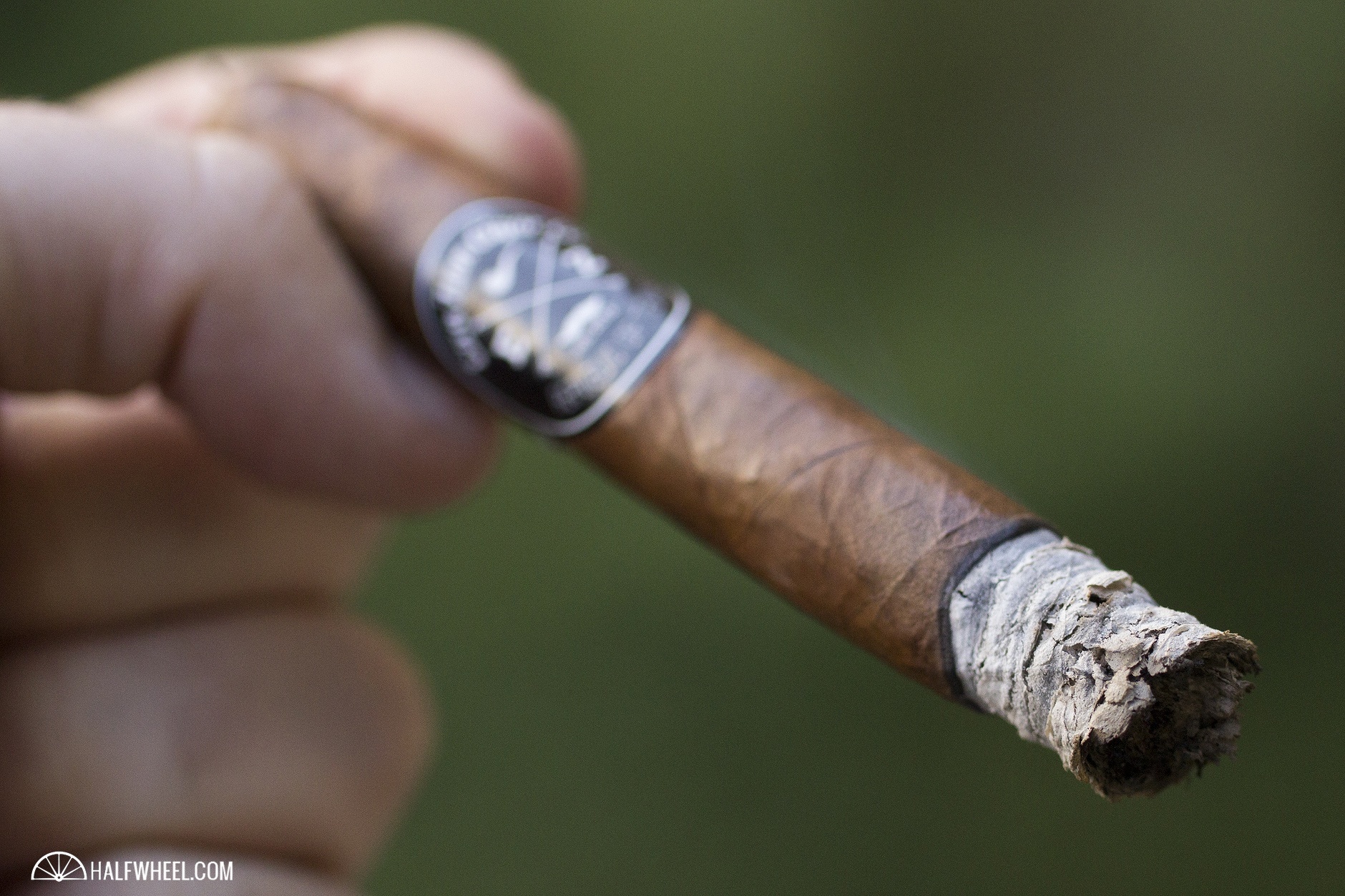 Building on the flavor shift that carried it from the midway point into the final third, the All My EX’s Lancero dabbles in a number of earthy expressions, from a bit of chalk to a slightly more metallic taste, none of take the cigar into the heavier, more soil-prominent notes that are thought of when earthy is mentioned. All of them work to keep the palate fully engaged, almost bombarded with a new set of sensations with each puff. At some points, it’s almost too much and I find myself reaching out for some club soda to cleanse off what I can while hoping the cigar will take a brief break as well. The final two inches see a merging of the two flavor profiles into a harmonious conclusion to the cigar; there’s still a bit of the brawnier second third but it is beginning to trail off, clearing space for the smoother and—for me—more balanced first third notes to return. There’s also a touch of chalk that’s coming in and bringing the slightest touch of sourness and mineral flavors to the cigar, which is what brings it to its eventual conclusion. Much like any relationship, the Ezra Zion All My EX's goes through a fair amount of transitions, and the cigar you end up with is certainly not the same cigar you started off with. The cigar starts off very smooth and agreeable, not wanting to ruffle too many feathers or show its rougher core, but once it gets you past the midpoint its true self comes out and hopes you like it enough to stay around. I certainly preferred the first half but wasn't scared off by the second, though it does get to be a bit rough on the palate at times. It's an interesting and palate-engaging evolution of a cigar, one that's worth picking up and seeing where the relationship might go.