In 2012, Esteban Carreras Cigars debuted a new blend named after a creature of urban myth. Named Chupacabra, the six vitola line was composed of a habano oscuro wrapper covering Nicaraguan tobacco in the binder and filler. A maduro-wrapped version was released the following year and both lines have now grown to encompass the same 10 sizes.

At this year’s IPCPR Convention & Trade Show, Esteban Carreras announced a new version of the Chupacabra line dubbed Hellcat. In addition to sporting a box-press that is not present in neither the Chupacabra nor Chupacabra Maduro, the new cigar is being sold in three vitolas that are not available in either of the original lines. Blend-wise, the regular production Hellcat incorporates a Mexican San Andrés wrapper covering Nicaraguan tobacco in both the binder and filler and is being rolled at the Tabacalera Carreras S.A. factory in Estelí, Nicaragua.

Those three vitolas are: 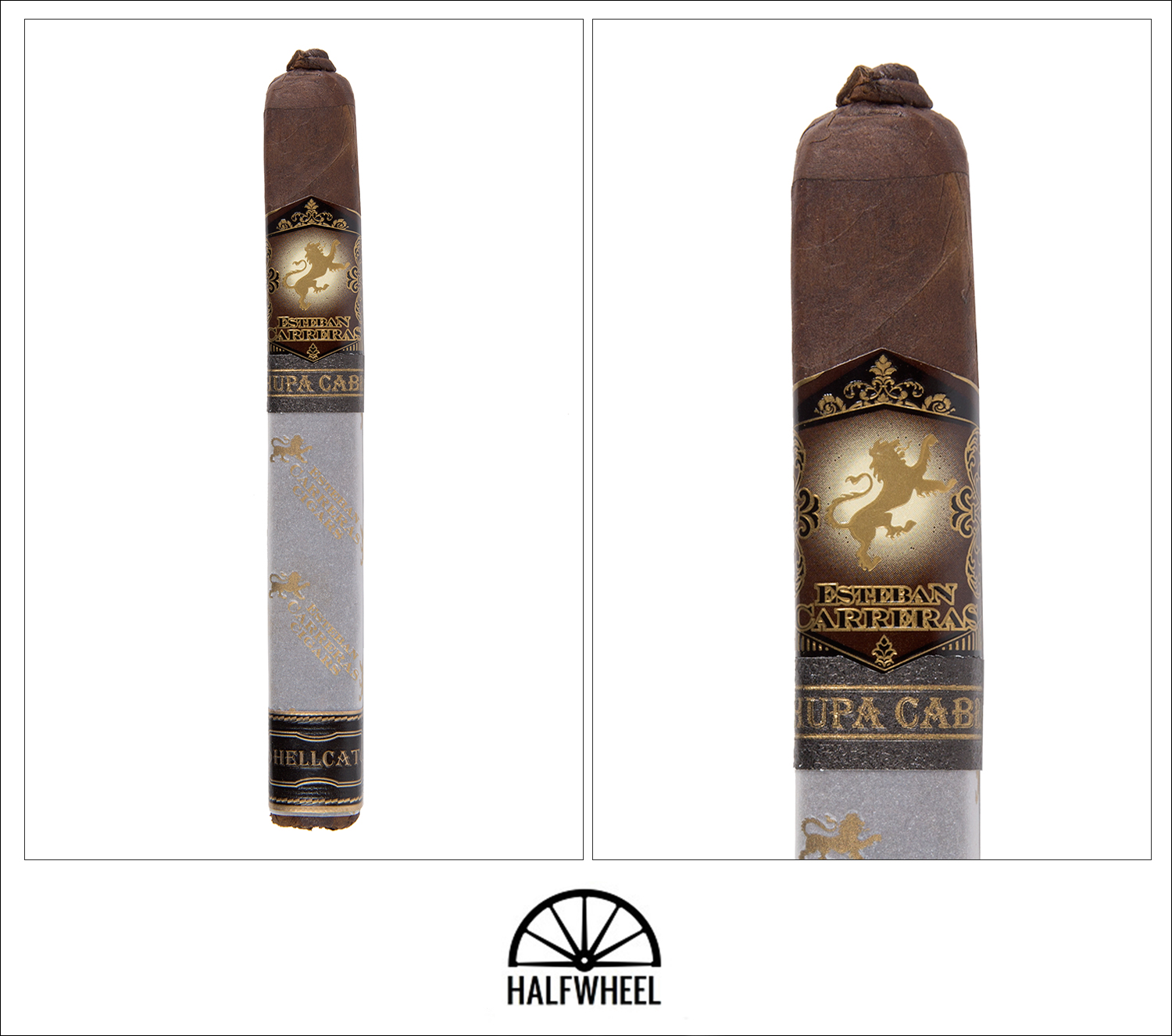 Covered in a dark brown wrapper that is relatively smooth to the touch, the Esteban Carreras Chupacabra Hellcat is quite distinctive visually with a combination of extreme box press, pigtail on the cap and covered foot. There are a number of veins running up and down the length of the cigar along with a noticeable lack of oil, and it is a touch spongy when squeezed. Aroma from the wrapper is a combination of manure, leather, hay, nuts pepper and cedar, while the cold draw brings distinct flavors of creamy pecans, earth, barnyard, grass, cedar and marzipan sweetness.

Starting out, the Esteban Carreras Chupacabra Hellcat features a very dominant creamy leather and bitter espresso combination, followed closely by notes of yeast, roasted peanuts, dark cocoa, gritty earth and pecans. There is a touch of dark fruit sweetness and black pepper on the retrohale that are just not strong enough to really impact the profile in any major way as of yet, as well as some slight spice on my tongue. I am also picking up a fairly strong bitterness on the finish that seems to be getting strong as the first third burns down. The draw is excellent after I pulled off the pigtail, and while the burn is a bit wavy from the start, it is far from bad enough to need correcting so far. Strength-wise, the cigar shows some early signs of increasing dramatically, but pulls back by the time the first third ends, hitting a point close to medium. 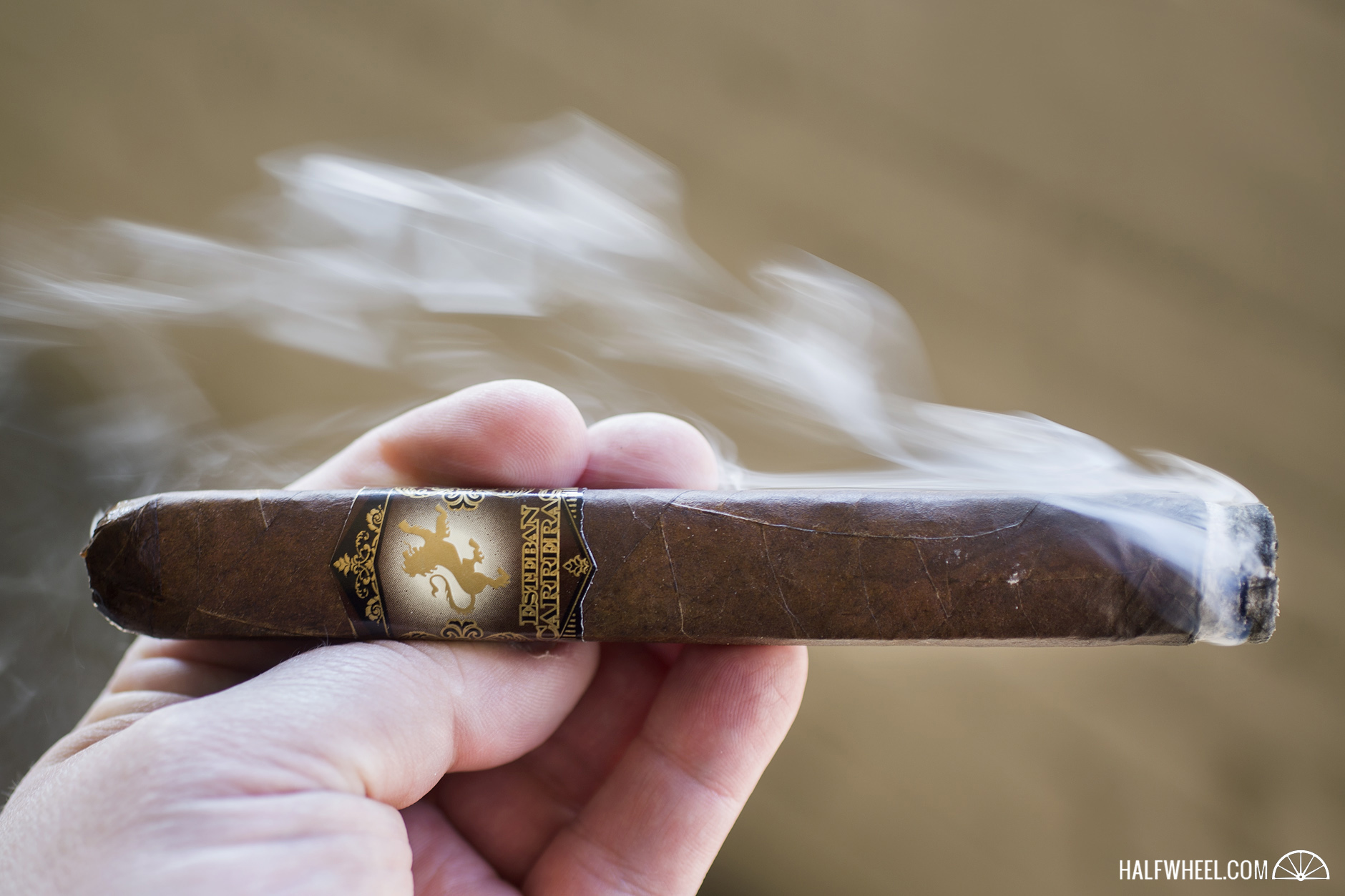 The dominant flavors shift a bit to more of a creamy popcorn and leather combination during the second third of the Chupacabra Hellcat, while the sweetness from the first third continues to show up on the retrohale and the bitterness remains obvious on the finish. Other notes of charred meat, earth, dark chocolate, espresso beans and yeast flit in and out, and while the black pepper on the retrohale has increased a touch, the spice that was present in the first third is long gone by the halfway point. Construction-wise, the cigar still features a wonderful draw and the burn has evened up nicely, while the smoke production has actually increased noticeably. The overall strength easily hits the medium mark by the time the second draws to a close, but does not seem to want to go further anytime soon. 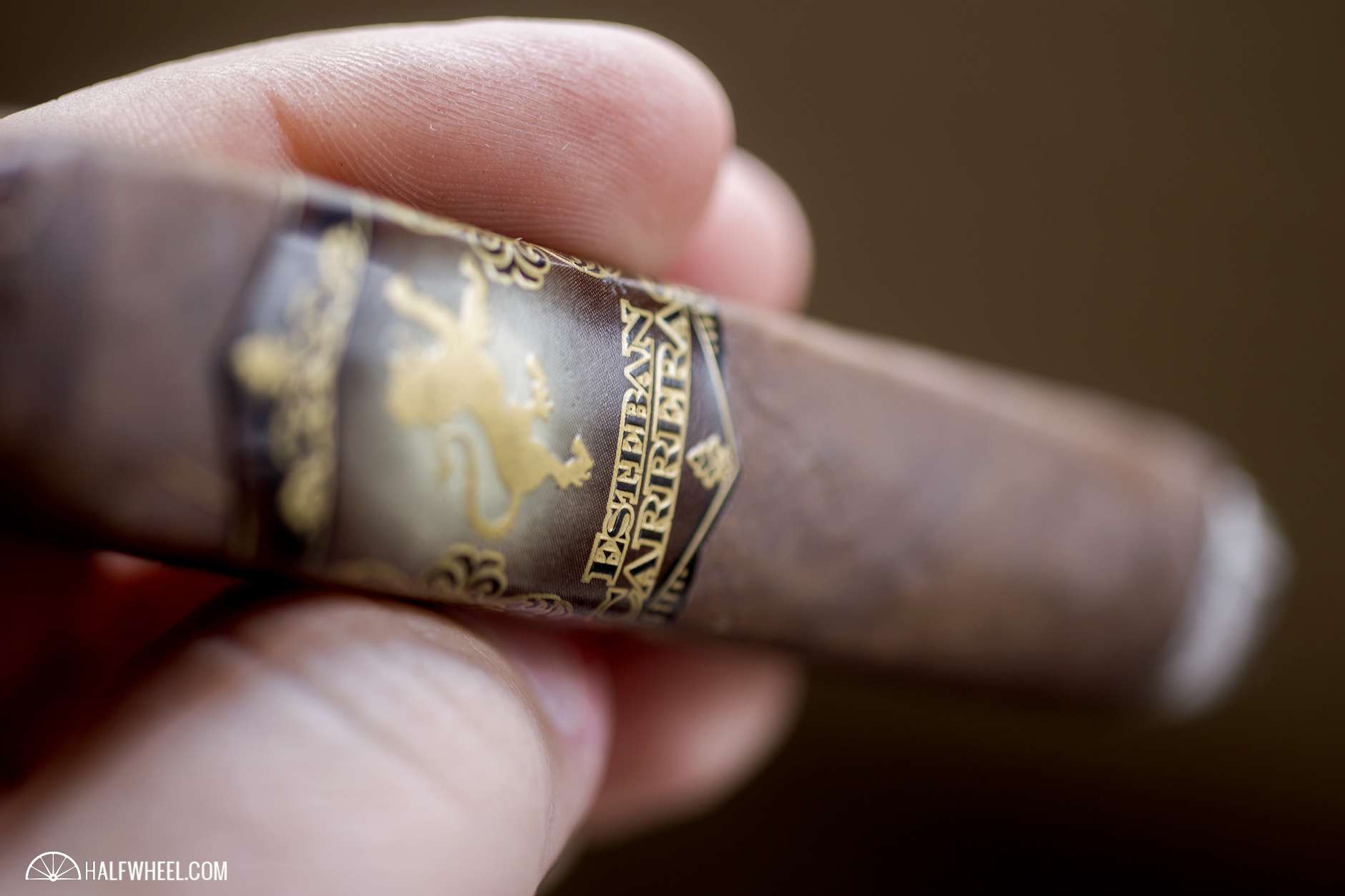 The final third of the Hellcat Toro Grande is virtually a carbon copy to the second third, with the same creamy popcorn and leather combination as the dominant flavors, and the same slight dark fruit sweetness on the finish. Unfortunately, the bitterness from the first two thirds also continues to invade the finish, while secondary flavors of dark and bitter chocolate, espresso beans, gritty earth, red pepper and hay are also present in varying amounts. The draw continues to impress, but the burn wavers enough that I have to touch it up a couple of times and the smoke production remains quite high. As expected, the Chupacabra Hellcat strength goes almost nowhere compared to the second third, and remains at a solid medium when I put the nub down with less than an inch to go. 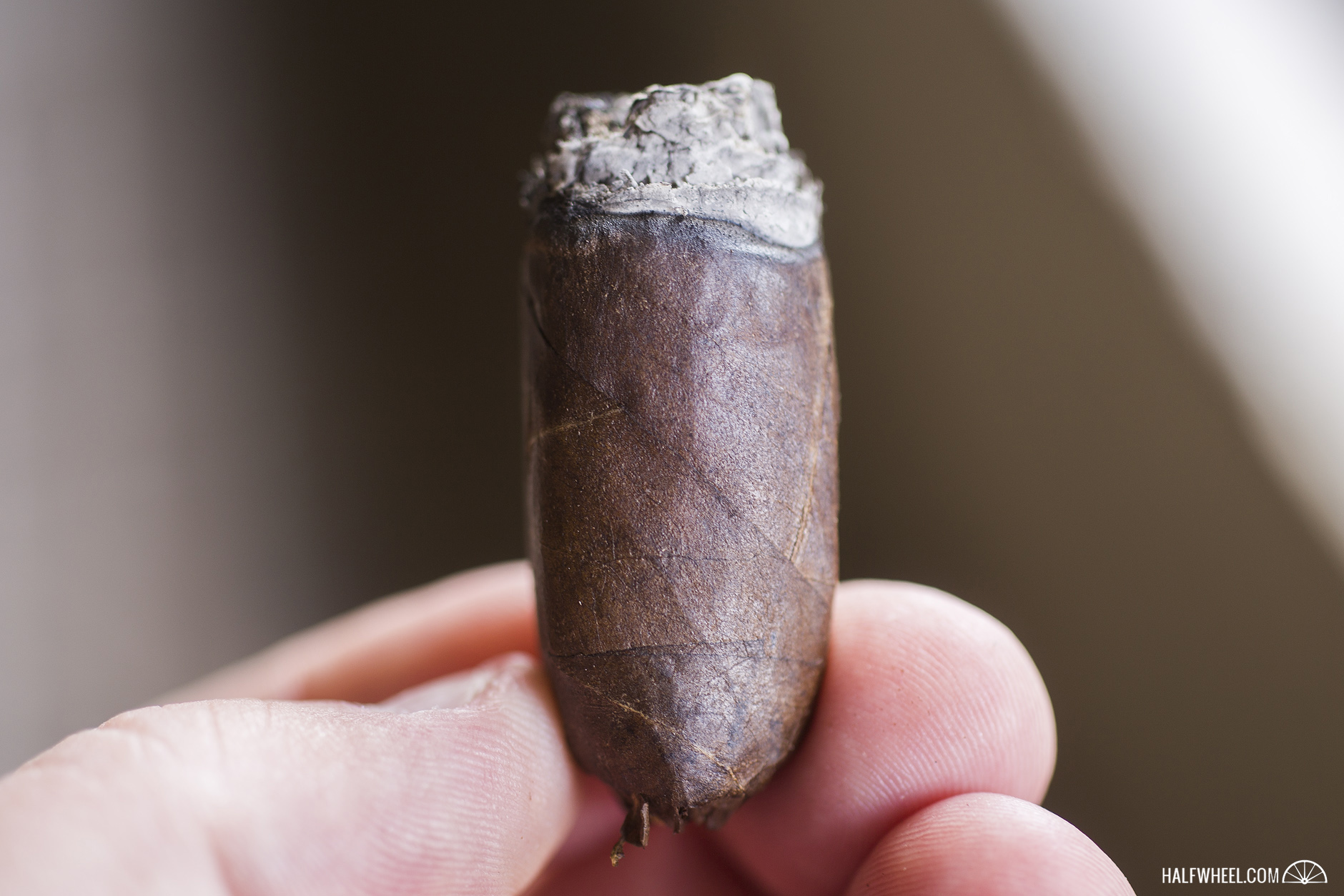 While I have not smoked many Esteban Carreras releases in the past, I was looking forward to trying the Chupacabra Hellcat based on what I had heard from a couple of people in the industry. For me, the cigar turned out to have quite a few positives, including a decently complex profile, some great spice in the first half and nicely integrated strength. Having said that, the consistent bitterness on the finish hurt not only the overall profile of the cigar, but also threw the balance off noticeably, and I really wish there was a little more sweetness in the blend. In the end, the Esteban Carreras Chupacabra Hellcat was enjoyable with some caveats, but not a cigar I would seek out with any urgency.