In August of 2013, Espinosa Premium Cigars released a corona vitola in its first two lines—Habano and Maduro—for the 2013 Chattanooga Tweet-Up. Both cigars were given to attendees of the Tweet-Up in a special duel coffin and it marked the first time the Habano blend had been released in a ring gauge under 50.

Here is what I said in my original review last year:

I don’t mind saying, I was a bit surprised by how much I enjoyed this cigar. The construction is excellent, the smoke production is copious and the vitola has long a been a favorite of mine. Complexity of the flavors in the profile of the Corona was fairly high, and was consistent for the two samples I smoked. Overall, the Espinosa Habano Corona is a well-blended, very well-constructed cigar, a joy to smoke and hopefully a cigar we see in regular production in the future.

The Espinosa Habano Corona is covered in a golden brown wrapper with a few noticeable bumps running up and down its length. It is quite spongy when squeezed, enough to make me wonder if it is underfilled, and there is no oil present at all. Aroma from the wrapper is a combination of hay, nuts, cedar, earth and white pepper, while the cold draw brings flavors of creamy peanuts, cinnamon, cedar and slight spice.

Immediately after lighting up, the Espinosa Habano Corona features some strong flavors of hay, cedar, creamy peanuts, leather and slight earth, along with some pretty significant spice on the tongue and lips. There is a nice nutmeg sweetness that floats in and out, not overly strong in the beginning, but it starts to pick up strength as the burn gets close to the halfway point. I am noticing some white pepper on the retrohale that get a bit stronger at as the first half comes to an end, and  The second half features the pretty much the same main flavors, but a very creamy cedar has taken over. Other notes of peanuts, hay, leather and earth flit in and out until the end of the cigar and there is a bit more white pepper noticeable on the retrohale as well. The nutmeg sweetness from the first third has morphed into more of a vanilla note by the start of the final third, and while there is significantly less spice on the tongue than in the first half, it is still very much present. 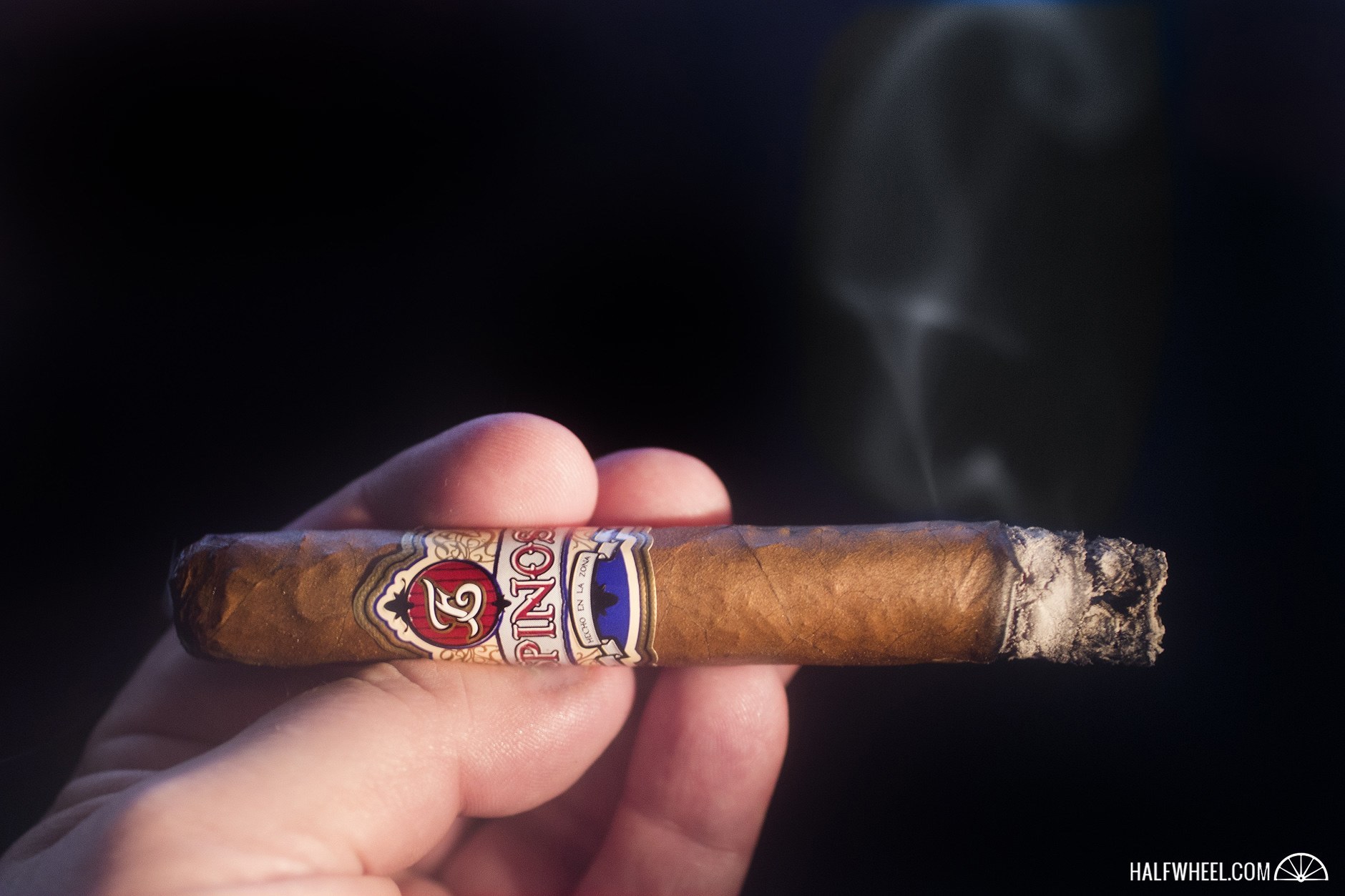 Construction-wise, the Espinosa Habano Corona features a draw that is just a bit looser than I would like, although it does not seem to be underfilled as I feared when I inspected it before lighting. The burn is excellent for pretty much the entire cigar, and the smoke production is well above average, putting out wave after wave of dense white smoke that smells strongly of sweet wood. The overall strength starts at a point well below the medium mark, but does manage to gain enough ground to make it into a solid medium range, albeit barely.

When I first reviewed the Espinosa Habano Corona, I thought it would make an excellent choice for a morning cigar, or a smaller stick in-between other cigars, and after more than a year of age, I still think that is the case. The flavors are very similar to when it was fresh, although I did notice a significant increase in the creaminess of the profile overall, which combines very nicely with the sweetness that is also present in the blend. As before, a very well-balanced and well-blended cigar in a great size that most everyone would enjoy with a cup of coffee.