Amidst a flurry of new lines that Espinosa Premium Cigars was cranking out to beat FDA requirements for having cigars in the market last August was a new line called Reggae. Little was said about it, other than that it was a 5 5/8 x 46 corona gorda priced at $8.95 and was supposed to be part of the Backroom Series, cigars that are limited to the nine Espinosa-branded lounges across the country. The company even released a mockup picture of the cigar and packaging: 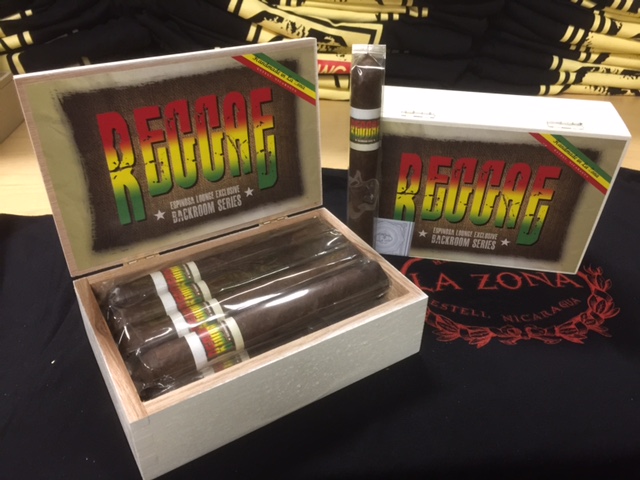 Turns out it’s getting a full release at next month’s IPCPR Convention & Trade Show and will now has its own line extension, Reggae Dread.

According to a report in Cigar Insider, the cigar uses indigenous Jamaican tobacco called lengua de vaca, which means cow tongue, in its filler alongside Nicaraguan tobaccos. That bunch is bound by a Nicaraguan seco binder and wrapped in an Ecuadorian rosado leaf.

The Reggae line will now come in three sizes, all in 20-count boxes and priced around $10.

The Espinosa Reggae Dread might be one of the more distinctive looking cigars on the market, featuring several long pigtails designed to resemble the iconic hairstyle. It gets an Ecuadorian habano wrapper, with a Nicaraguan seco binder and fillers from Nicaragua and Honduras alongside the Jamaican lengua de vaca. It comes in a 6 x 56 toro grande vitola priced at $12.

Both the cigars are made at Espinosa’s La Zona Cigar Factory in Estelí, Nicaragua.

A representative from Espinosa Premium Cigars has not returned multiple requests for comment.

Update (June 21, 2017) — Espinosa Premium Cigars issued a press release and additional images of the Reggae and Reggae Dread today. It is posted below in its entirety:

Espinosa Premium Cigars is pleased to announce the national release of the Espinosa Reggae and Espinosa Reggae DREAD. Both of these lines were released to limited retailers in 2016 but will now be making their national debut at the 2017 IPCPR in Las Vegas.

Said Erik Espinosa, “we have been wanting to incorporate Jamaican tobacco into our portfolio for several years now, but the timing was never right. When the opportunity finally presented itself, we made our move.”

Originally, the Reggae was tapped to be a Backroom Series cigar because of our limited access to Jamaican tobacco but “we have moved past that now” added Hector Alfonso, “and as for blending with it, there really aren’t a lot of companies using Jamaican tobacco, so there weren’t exactly a lot of points of reference for working with it; however making something different is always exciting. In blending this cigar we wanted both the Reggae and the Dread to have Jamaican undertones, but most importantly we wanted these cigars to remain true to the fans of Espinosa Cigars and our La Zona Factory.” 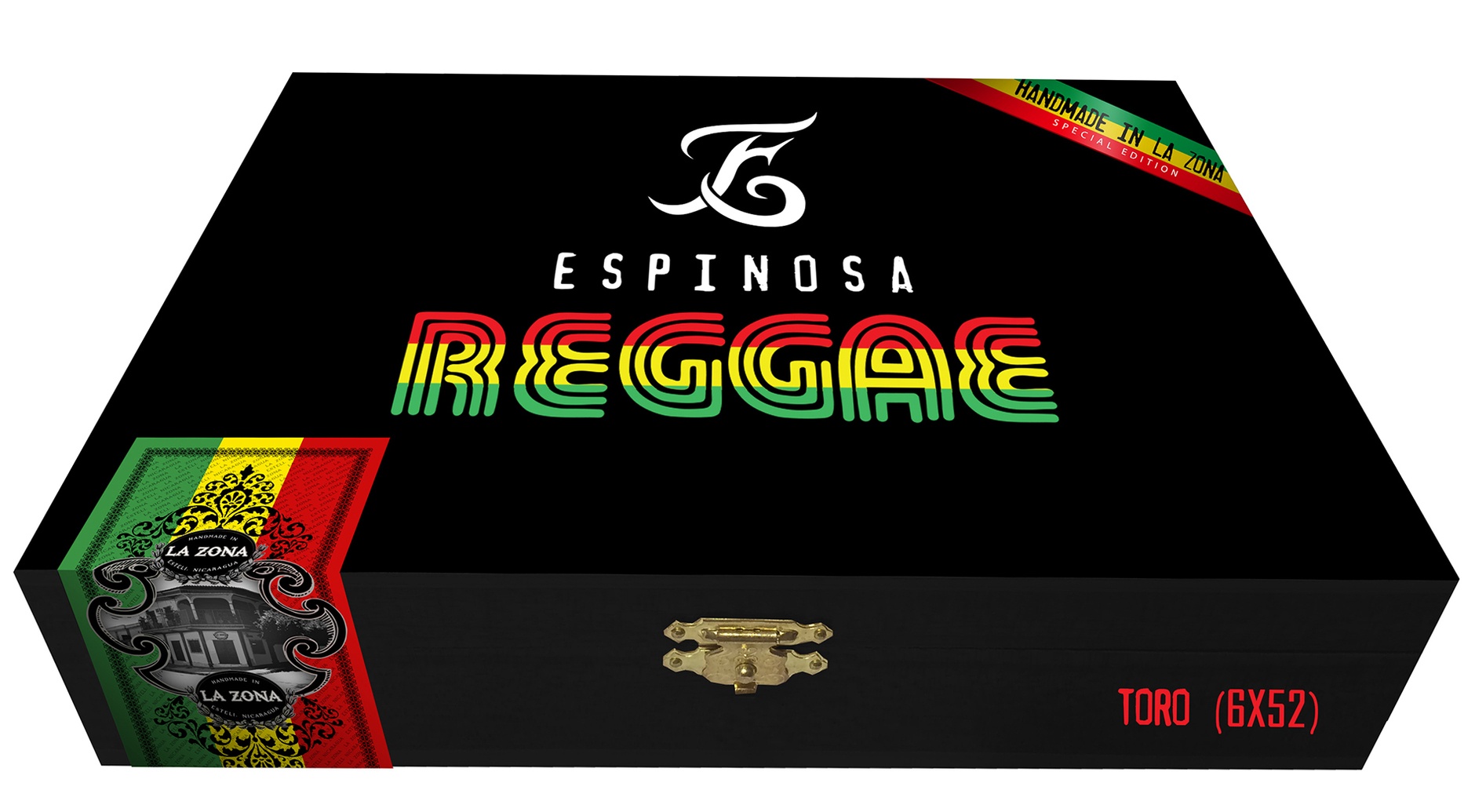 The Dread is rolled with several pigtails at the head, reminiscent of the fuse on their La Bomba line, to resemble dreadlocks on the cigar. It is available in 7-count box in a Toro Grande – 6 x 56 and will retail for approximately $12. 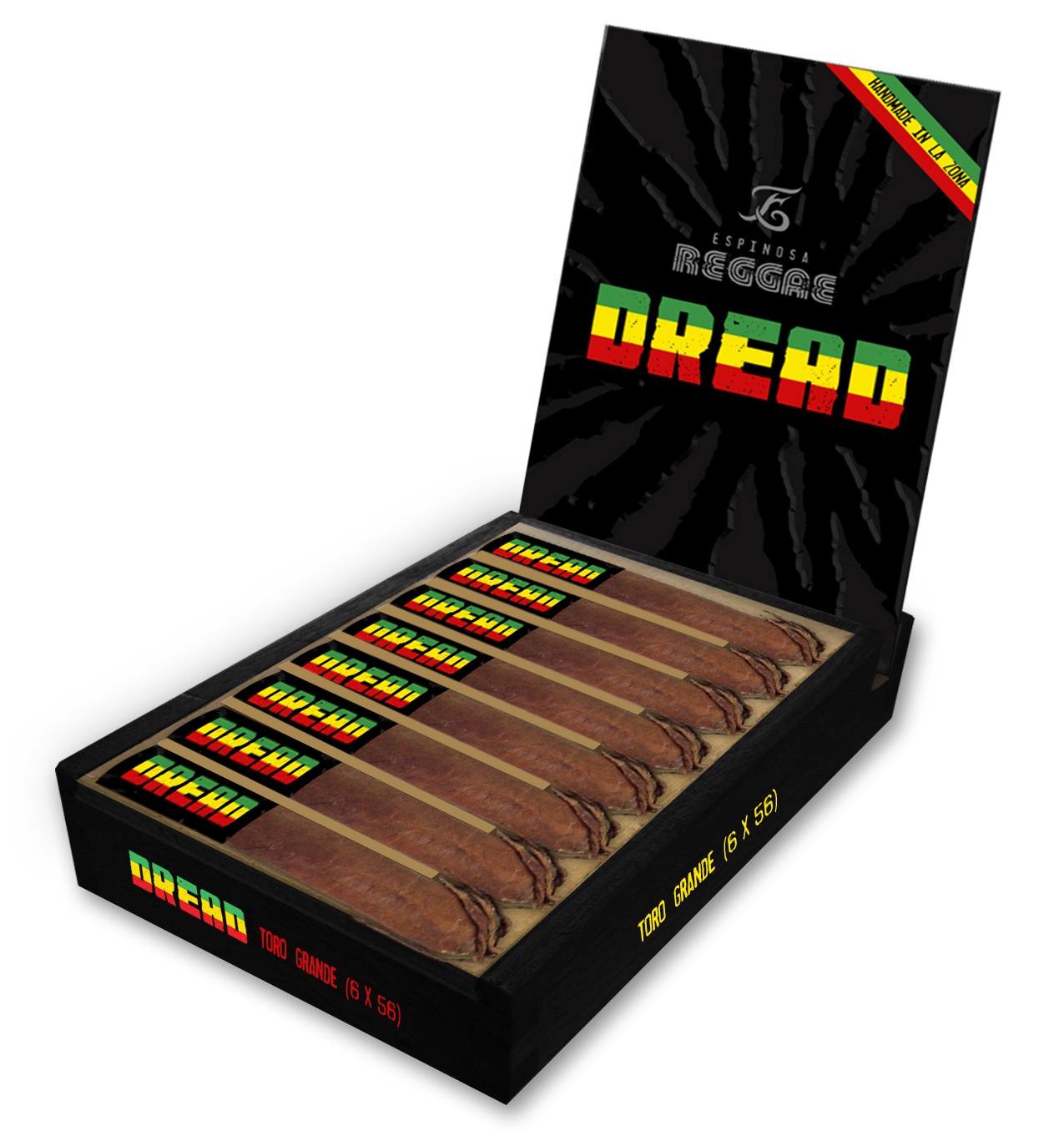