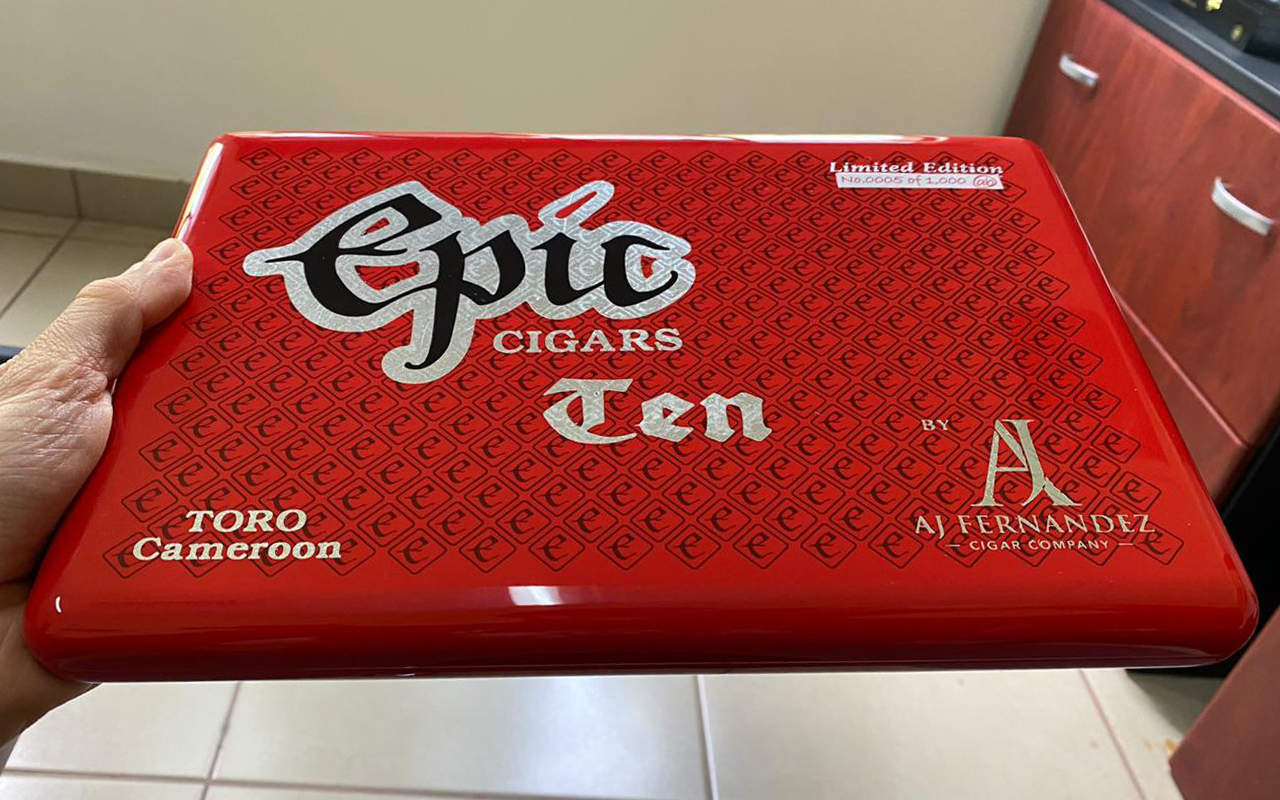 EPIC TEN, the cigar celebrating the 10th anniversary of Epic Cigars, is slated to begin shipping by the end of next week, which could have it on store shelves just before the Thanksgiving holiday. Dean Parsons, founder and brand ambassador of Epic, told halfwheel that the cigars have arrived in the U.S. and are currently being prepared to ship to retailers.

It’s a 6 x 54 box-pressed toro that features a Cameroon wrapper over a Nicaraguan binder and filler. It is a blend developed by Parsons along with Abdel Fernandez, who is producing the cigar at Tabacalera AJ Fernandez Cigars de Nicaragua S.A. It is limited to just 1,000 boxes of 10 cigars, and each box will be individually number and comes with a certificate inside commemorating the release.

“We are very excited to launch this amazing collaboration,” Parsons said when he announced the cigar in July, adding that he began working on the blend in October 2019, with the cigars going into production early in 2020.

Epic Cigars is part of Zander-Greg, which also has the Nat Cicco line in its portfolio. It was acquired in early 2019, with Parsons staying on as the brand’s ambassador.