Last year, Epic Cigars launched their brand with two lines – the Maduro Reserva and the Corojo. Shortly after we reviewed the prerelease Maduro Reserva Robusto, the blend was changed, swapping out the Dominican olor binder for a Cameroon binder and adding some Nicaraguan viso into the filler. This is the new blend that was shown off at the 2014 IPCPR Trade Show and Convention, and the one that is still available today. At the 2015 IPCPR Trade Show and Convention, Epic had but one new thing to show off, but it was one that will excite many small ring gauge fans—a Maduro Reserva Lancero. Originally scheduled to be shipped in June, some slight delays caused it to be one of the many show releases, shipping in July. This brings the total number of sizes in the line to four: 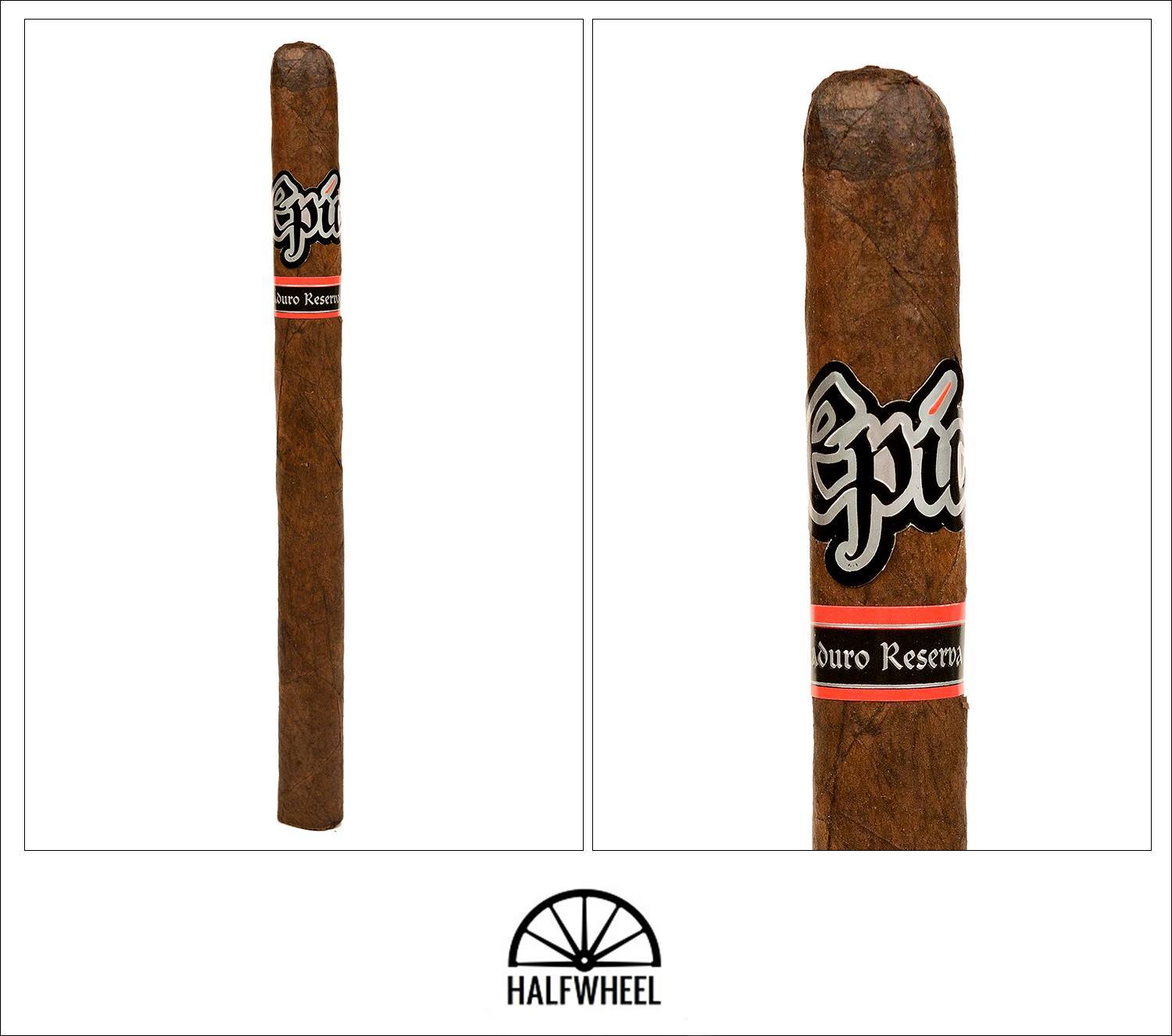 Usually the first thing that catches my attention on a cigar is something about the appearance of the cigar, but as soon as I take it out of the cellophane there are huge earth and leather notes hitting my nose. The dark brown wrapper has a slightly rough but oily feel to it and there are a couple of minor soft spots when squeezed. Bringing the cigar to my nose there’s a very distinct aroma of old leather, musty wood and some campfire smoke that I could enjoy all day. The cold draw is completely different, with sweet fruity notes, grainy bread and a touch of cinnamon.

Charred wood and leather open up the first third of the cigar, along with a slight hint of black pepper and some sweetness. Not the most complex profile, but the flavors work really well together to make a tasty profile to start out. The draw is right in the middle of ideal, and a half an inch in I have high hopes for the burn, as it’s sharp and even. Lots of aromatic smoke pours out of the cigar with each draw, keeping the campfire aroma of charred wood and leather surrounding me. The sweetness dies down slightly in the second third, with a little more pepper, though the charred wood and leather are still leading the show. An earthiness has cropped up in the background as well, rounding out the profile even more. The burn continues to be fantastic, while the dense ash holds impressively to over an inch. There isn’t much change through this section, with the profile continuing with the same flavors. As I move into the final third the sweetness is all but gone. Charred wood and old leather really dominate the profile, though with the sweetness gone the black pepper and earthiness have a slightly salty note added to the background mix, giving the whole thing a slightly meaty flavor. There hasn’t been any change in the burn, staying true and even the entire time and not needing any touch ups. Dense ash continues to impress, especially for a smaller ring gauge cigar like this. In the final inch there isn’t any change, with the cigar staying cool and smooth to the end, allowing the flavors to continue to shine without any harshness interfering. The aroma of the Maduro Reserva Lancero caught my attention immediately, and all I could do was hope that translated well into a lit profile. Thankfully, it did and while it wasn’t an overly complex profile, the flavors worked well together, really shining in the lancero format. Construction and burn are always a concern with me on lanceros, since having to draw often to keep it lit or touching it up can really cause smaller ring gauge cigars to get harsh. The good news is this cigar didn’t need any of that, letting me smoke it slow and allowing the flavors to really shine. I can easily recommend tracking these down quickly before they’re all gone, as it’s a great price and a great cigar.