In January 2012, Gary Griffith—who was, at the time, the owner of Emilio Cigars—announced a Greek-themed cigar series named La Musa, which translates to The Muse in Spanish. While the first release in that new series carried the name Mousa, the blend was actually just a renaming and rebranding of the company’s extremely popular Grimalkin line.

Fast forward to June 2019, when Black Label Trading Co.—which had merged with Emilio Cigars in January of that same year—showed off the newest version of La Musa, albeit as a singular release and not a series. While there was no specific release date given for the new limited edition, the company had the cigar on display during the 2019 IPCPR Convention & Trade Show.

“I am very excited to give La Musa a makeover in both appearance and flavor,” James Brown, owner of Black Label Trading Co. and Fabrica Oveja Negra, said in a press release. “The artwork is dope and inspired the blend of the cigar. It’s a Nicaraguan puro with a very refined, medium bodied profile and layers of complex flavors.”

Blend-wise, the new La Musa is a Nicaraguan puro that incorporates a habano leaf that is used for both the wrapper and the binder. There were only  250 25-count boxes of each size produced—or 6,250 cigars in each of the two vitolas—and the cigars started shipping to retailers on March 4, 2020.

The Emilio La Musa is available in two sizes: 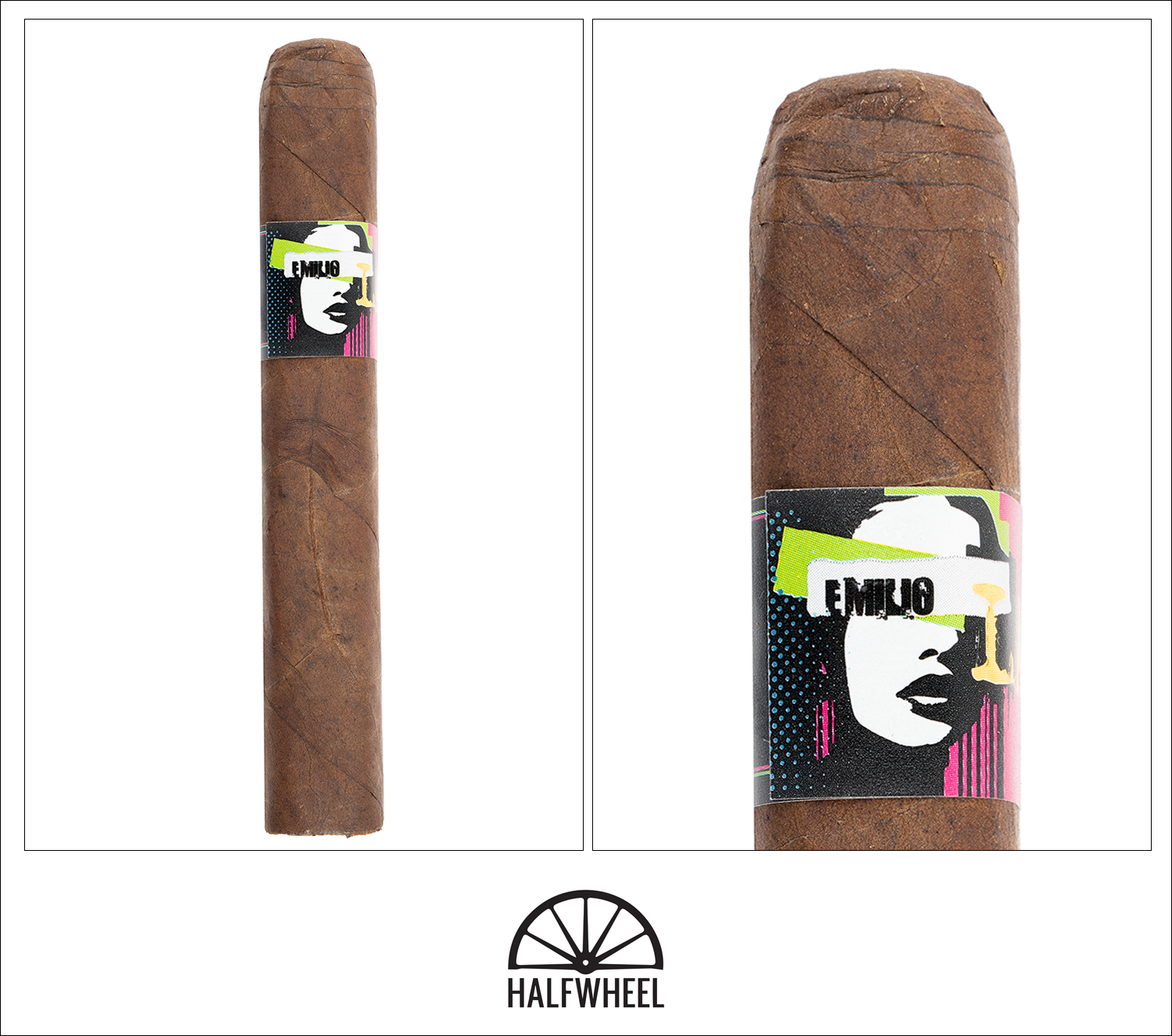 Covered in a gorgeous looking milk chocolate brown wrapper, the Emilio La Musa Robusto is exceedingly smooth to the touch and features plenty of oil. In addition, the box-press is readily evident and the cigar is nicely spongy when squeezed. Aroma from the wrapper is a combination of dark chocolate, cloves, black pepper, leather, manure and hay while the cold draw brings flavors of dates, hay, leather tack, bitter chocolate, vanilla bean sweetness and slight spice on my tongue.

The Emilio La Musa Robusto starts out with a number of different flavors—albeit with none of them being overly dominant—including generic wood, leather, nuts, earth, barnyard and a bit of maple sweetness. There is also plenty of black pepper on the retrohale and spice on my tongue, although both seem to be receding as the first third burns down. Construction-wise, the draw is close to perfect after straight cut and although the burn is a bit wavy, it is not close to bad enough to need correcting as of yet. The smoke production is well above average so far, while the overall strength hits a point closer to medium than mild by the end of the first third.

Thankfully, both the black pepper on the retrohale and spice on my tongue have decreased quite a bit as the second third starts, allowing other flavors to shine a bit more, a list that includes sawdust, cedar, earth, peanuts, barnyard and hay. The lack of the aforementioned pepper and spice also allows the maple sweetness on the retrohale to become a bigger player in the profile. Unfortunately, the burn has some issues early on that end up with me having to touch it up a couple of times but the draw continues to give me a great amount of resistance. The strength increases slowly but finally does pass the medium mark by the time the second third comes to an end. While I was hoping the final third of the Emilio La Musa Robusto would be more like the second third, the profile has more in common with the first third, including the lack of a dominant flavor. Notes in the profile include hay, earth, cocoa nibs, leather and bitter espresso, along with a small amount of black pepper on the retrohale but the spice that was present on my tongue is gone. One fairly large change is the maple sweetness, which peaked around the halfway point, only to again be relegated to the background as the burn line passes through the final third. In terms of construction, the draw continues to impress and the burn has evened up nicely, while the smoke production continues to be strong and dense off of the foot. Finally, the overall strength increases a small amount compared to the second third, stalling out after reaching a point just above the medium mark by the time I put the nub down with a little more than an each remaining. While I was unimpressed with the remake of the Grimalkin, I was hoping to have better luck with the newest version of the La Musa. What I found was a blend that was chock full of fairly standard flavors, but with the exception of the second third—which was the most enjoyable of the cigar by far in each of the three samples I smoked—almost no complexity or nuance to speak of. There is a place in this world for standard, no frills, easy-smoking blends like the new La Musa Robusto, but when that is the cigar's main selling point, the higher price point makes it a bit of a tougher call.