In 2011, Emilio Cigars released a Nicaraguan puro produced at the My Fathers Cigars S.A. factory named Grimalkin, after an archaic term for an old, gray, female cat.

Unfortunately, that moniker did not last long, as the line was renamed in 2012 after the brand’s face, Gary Griffith, acknowledged that both the name and design had received a fair amount of criticism. The new name of the Grimalkin blend was changed to Mousa and it was moved to a new series dubbed La Musa by Emilio Cigars. There ended up being our different blends total in the series, with the other three named after the three original Plutarchian Muses in Greek mythology: Melete, Aoide, and Mneme.

Scott Zucca, owner of Boutiques Unified and Emilio,  announced earlier this year that the Grimalkin brand would be returning with not only a brand new label and blend—albeit still a Nicaraguan puro—but also being produced at in a new location, namely Black Label Trading Co’s Fabrica Oveja Negra factory located in Estelí, Nicaragua.

“Grimalkin was always a cigar that stood out in the Emilio portfolio,” said James Brown, owner of Fabrica Oveja Negra, in a press release. “It was intriguing, so when Scott Zucca, owner of Emilio cigars, asked me to recreate a 2018 version, I was excited to do so.  I like the theme and the style of cigar, it just needed an update and so we put our Oveja Negra spin on it.  Since the cigar is a Nicaraguan Puro, my goal was to highlight the qualities I love about Nicaraguan tobacco.”

The reworked version was released in two different vitolas, both of which are packaged in 20-count boxes. 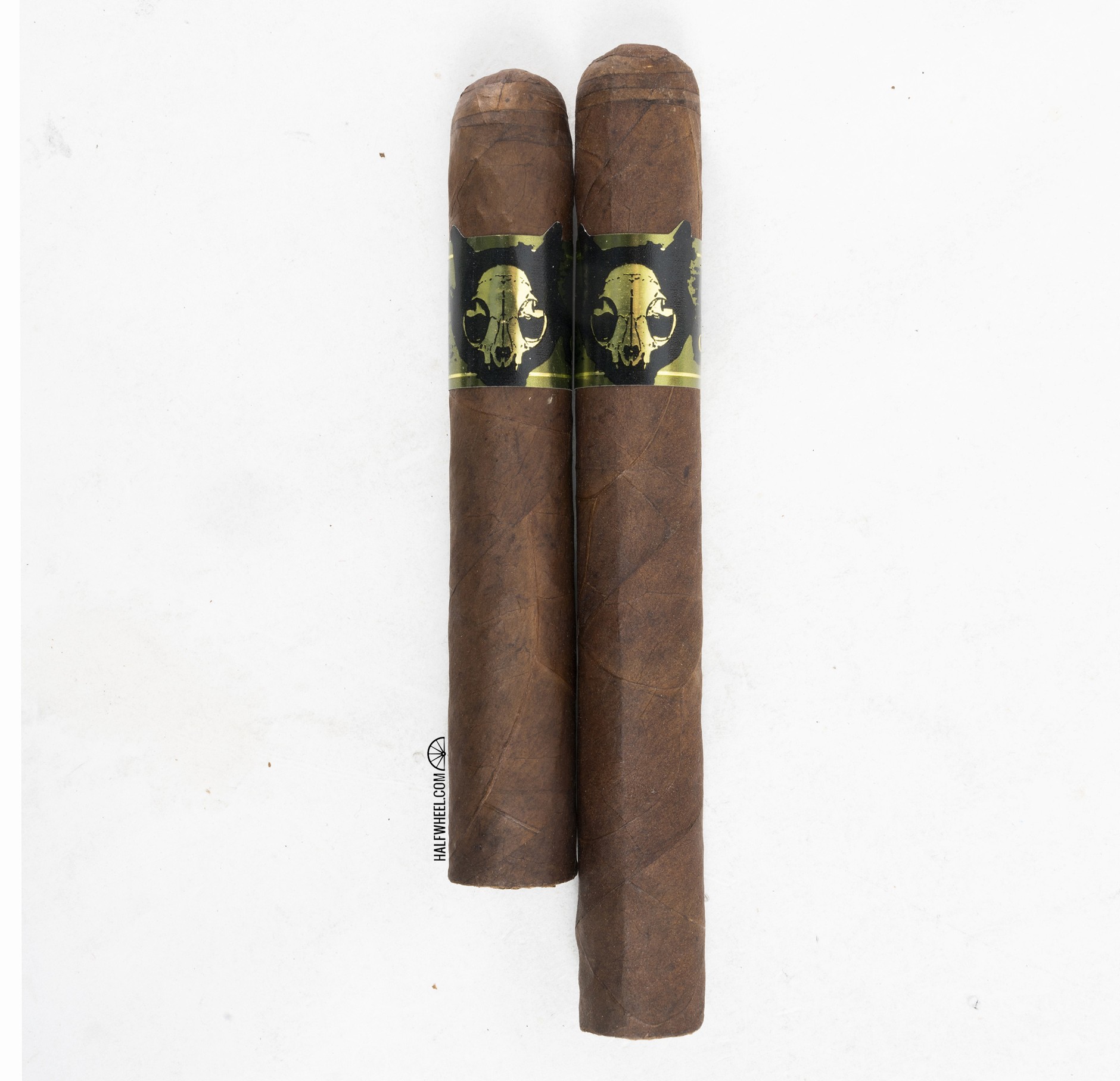 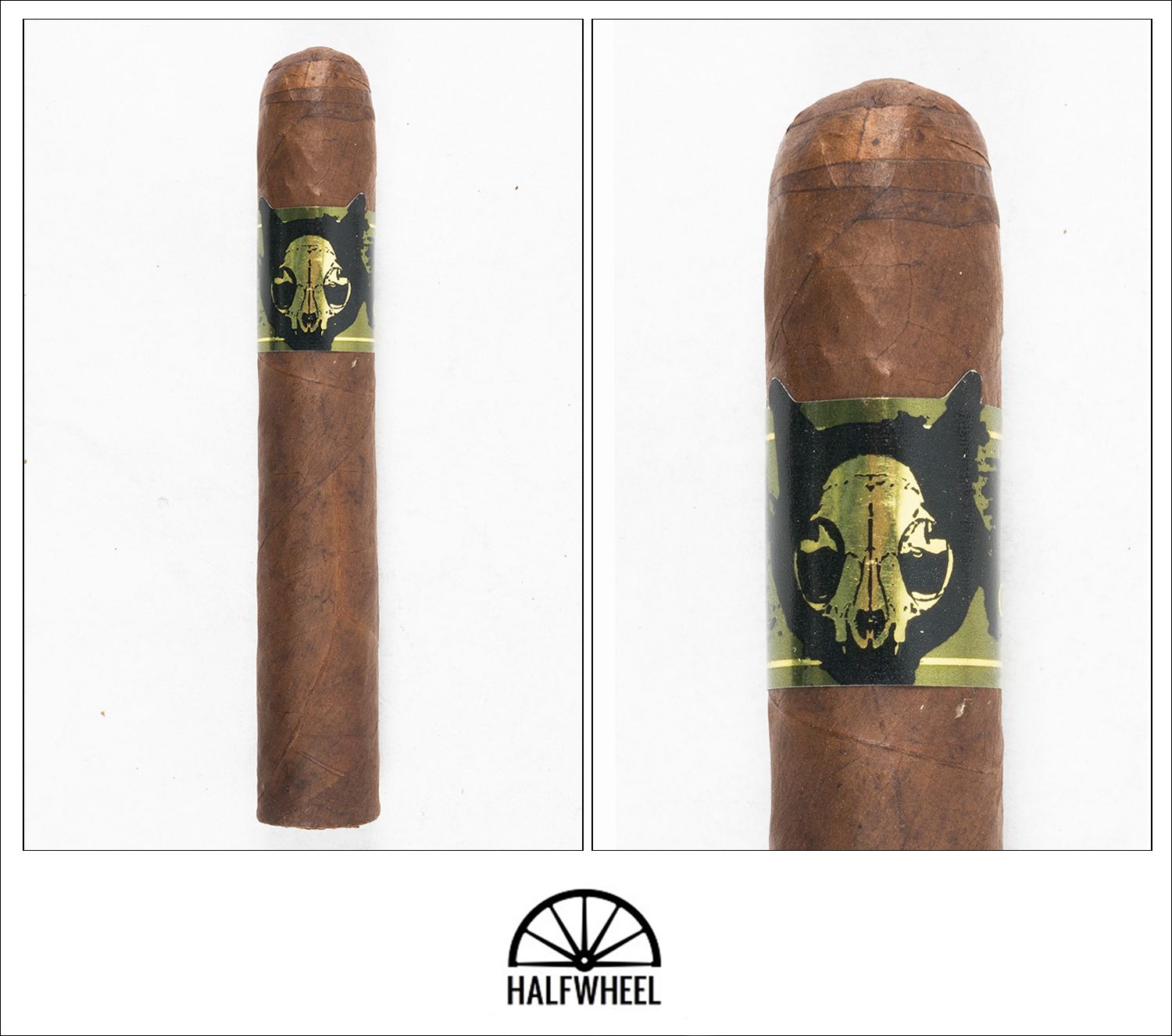 The new Grimalkin is covered in a medium brown wrapper that lacks any noticeable tooth, although it does feature quite a bit of oil. There are plenty of veins running up and down the length as well as what I can only describe as knots in various places; in fact, I counted four total, although one was significantly larger than the others. The aroma from the wrapper is a combination of sour tobacco, sawdust, peanuts, earth and black pepper, while the cold draw brings flavors of cashews, leather, oak, slight varnish, sour tobacco and a surprising amount of spice on my tongue.

Starting out, the Grimalkin 2018 features two aggressive notes right off of the bat: spice on my tongue and black pepper on the retrohale. Both are a bit overwhelming for the first 15 puffs or so, then start to recede after that, allowing other flavors to emerge, including salted peanuts, leather, oak, hay, dark chocolate and bitter coffee beans. The sourness from the aroma and cold draw is present on the finish as well—albeit not as strong at it was on the cold draw—and I pick up some very slight maple sweetness on the retrohale as the black pepper loses strength. While the draw is decent enough, the burn gives me trouble from the start, forcing me to touch it up almost out of the gate to avoid it getting out of control. Strength-wise, the Grimalkin 2018 starts out fairly mild and while it does increase a bit, it still ends the first third closer to the mild mark than the medium one. 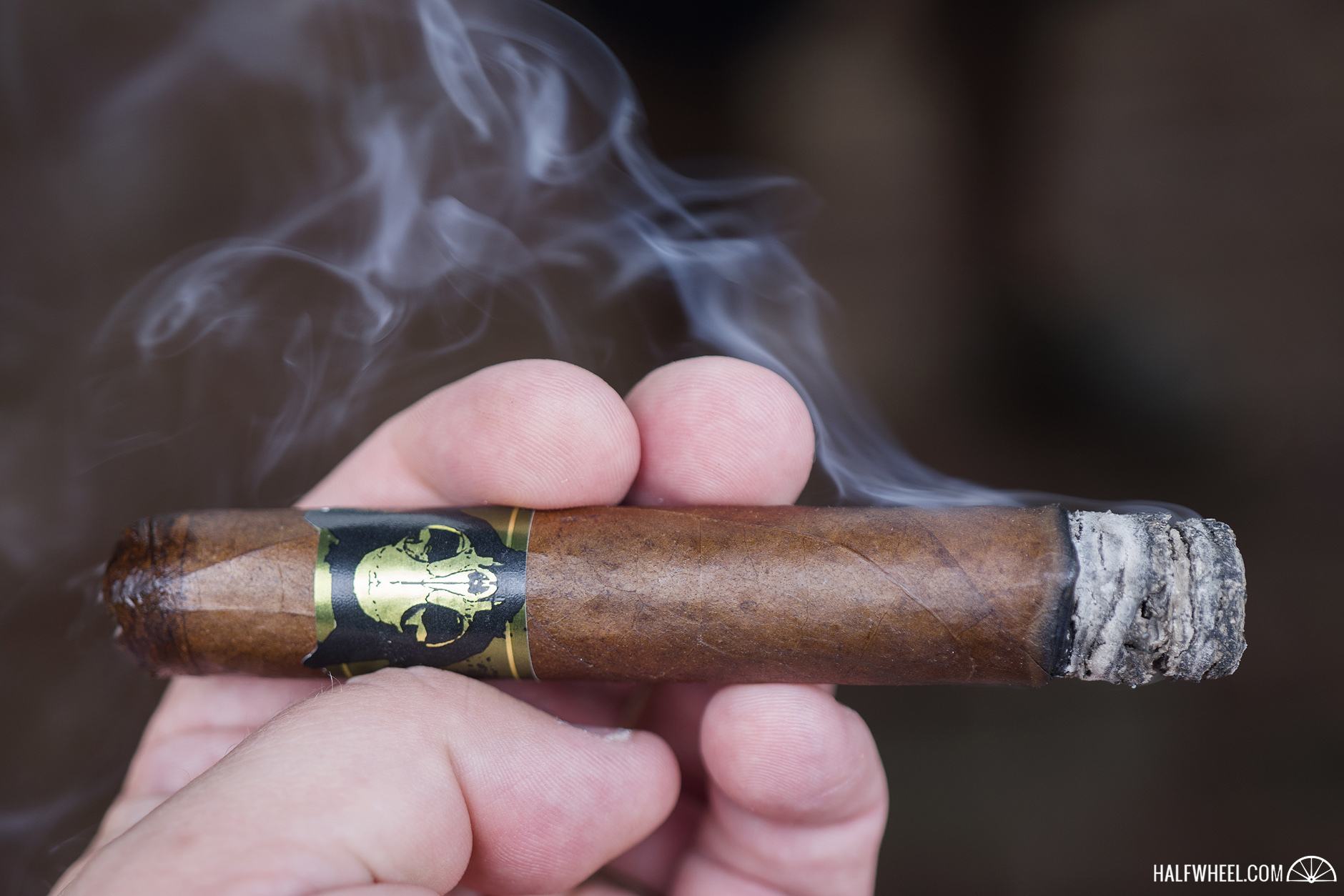 Thankfully, all three of the problematic attributes in the profile—namely the sourness as well as the overwhelming black pepper and spice—are much reduced by the halfway point, meaning I can taste a few more flavors in the profile, including almonds, leather, hay, dark fruit, cedar and licorice. The maple sweetness from the first third is still present on the retrohale, but it is also still quite light and has trouble making much of a positive impact. Construction-wise, the Grimalkin continues to have a very nice draw, along with a burn that has evened up nicely and strength that increases enough to make it very close to the medium mark by the time the second third ends. 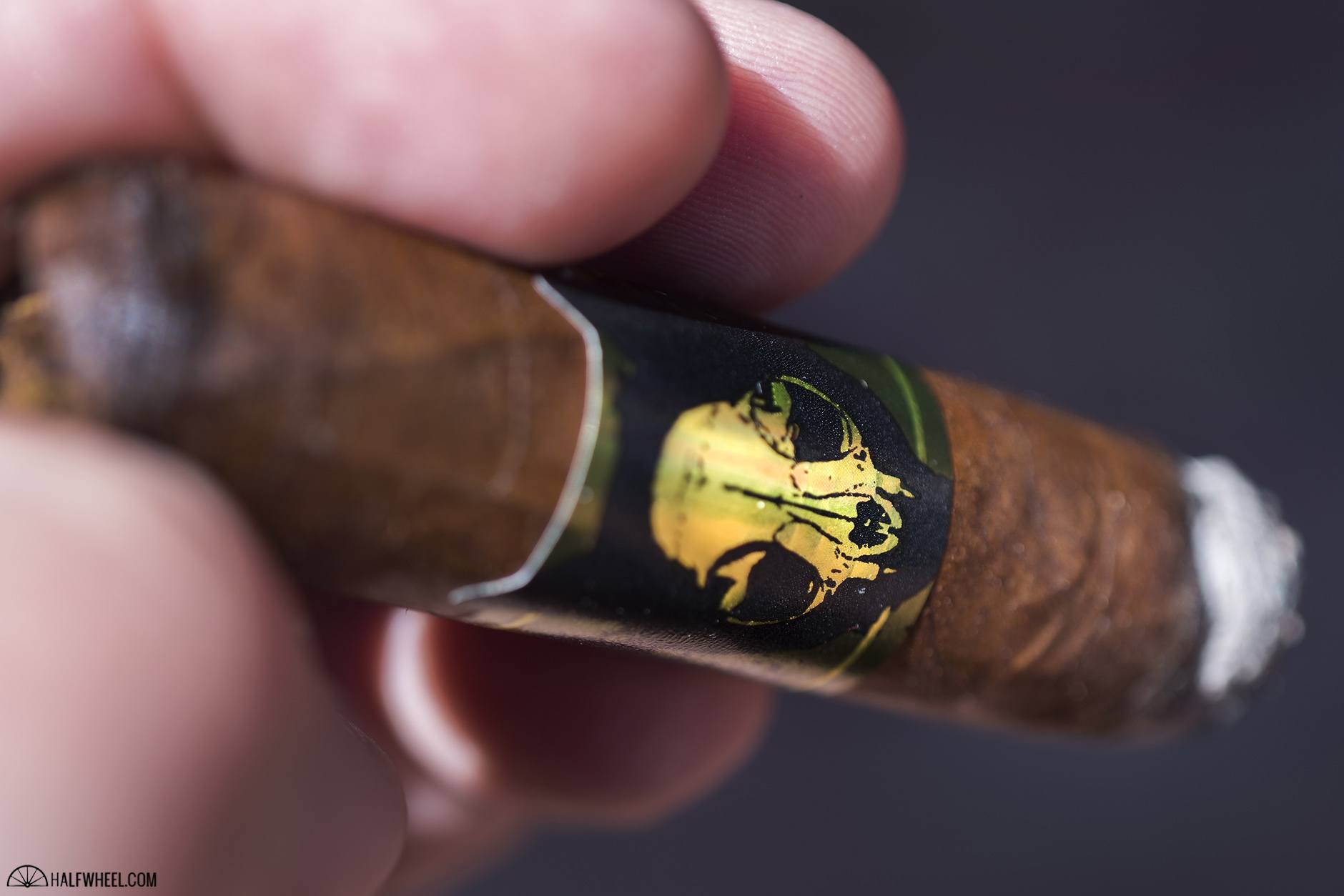 While the final third of the Grimalkin still shows almost no significant changes compared to the last half of the second third, I consider that a plus when compared against the beginning of the cigar. Dominant flavors continue to be almonds and leather, with coffee beans, dark chocolate, hay, sawdust, cedar and yeast following close behind. in addition, both the spice on my tongue and black pepper on the retrohale have all but disappeared, but the maple sweetness continues to make itself known. The burn reverts back to its old tricks—meaning that I have to touch it up twice in quick succession—but the draw continues to impress and the strength dies down just short of the medium mark by the time I put the nub down with about an inch left. 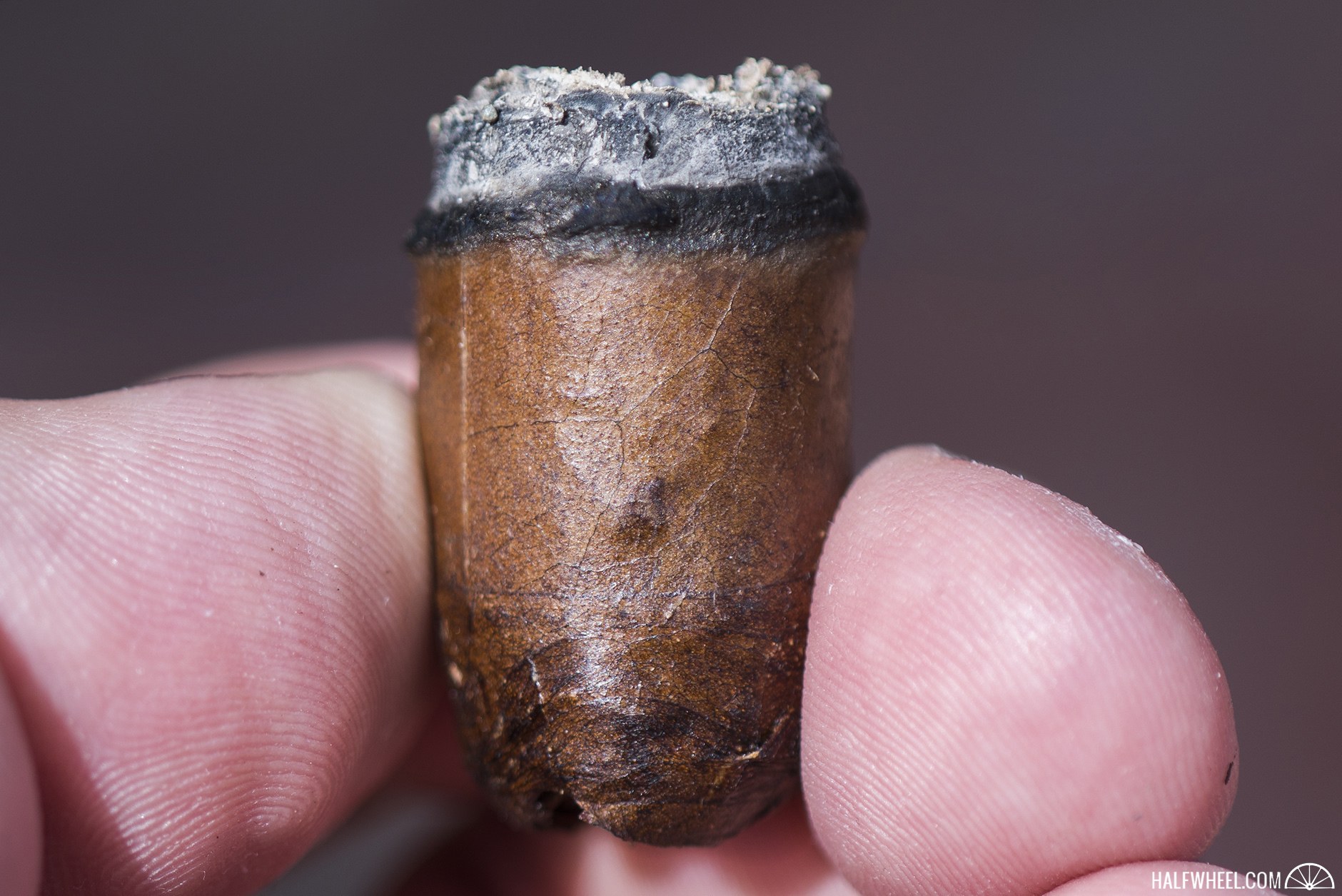 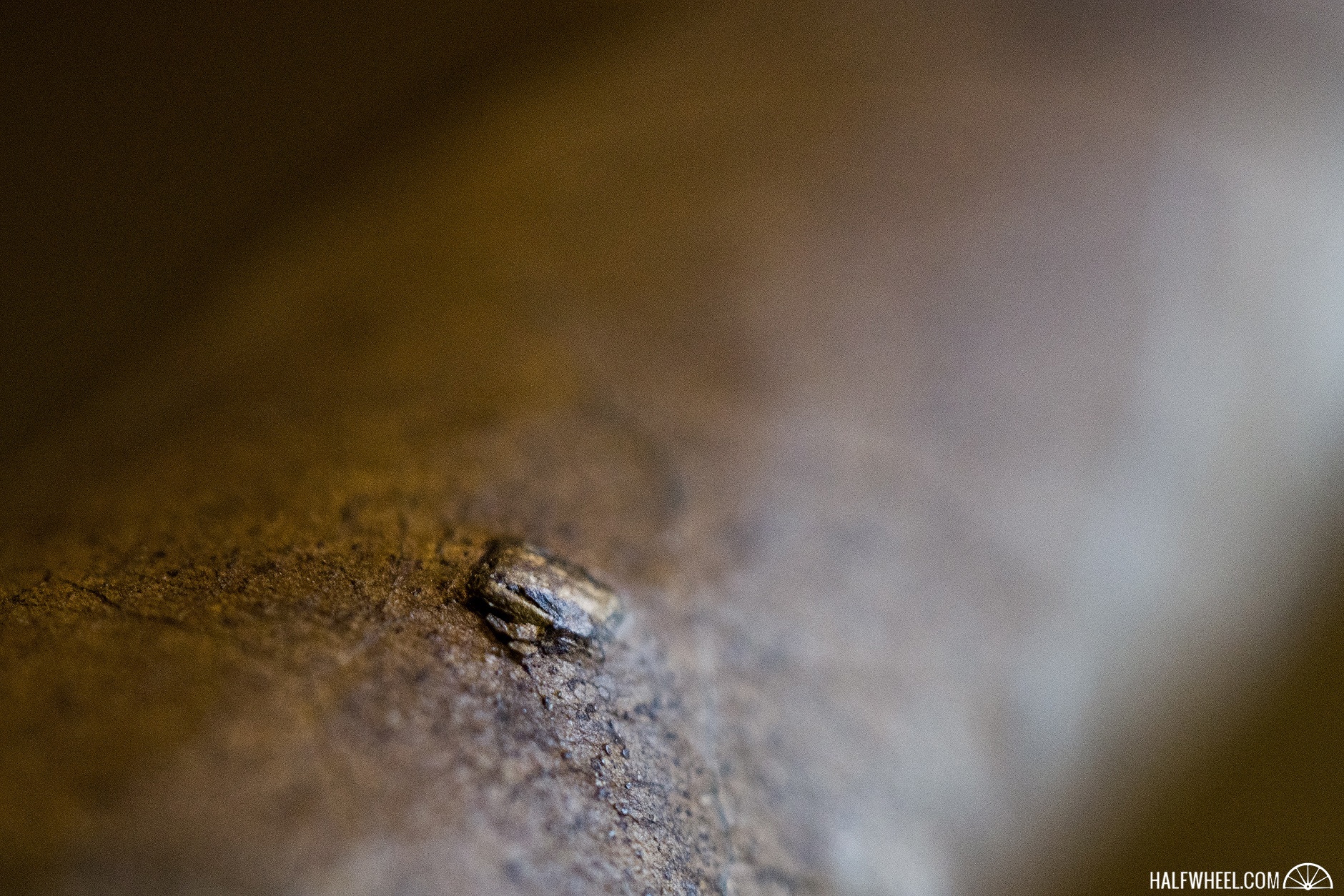 One thing was clear from the first moment I lit up the first sample of the new version of the Grimalkin: this has nothing in common with the original release in 2011 other than the name. Where I remember that version being complex and balanced, the new incarnation lacks any such attributes and the sourness that was so prevalent on the aroma was thankfully not as overwhelming in the actual profile, but it was still obvious enough to negatively affect the flavors that were present. In addition, the combination of aggressive spice and black pepper in the first half all but destroyed any balance the blend could have exhibited. Construction was decent enough overall and the strength was well-integrated, but the blend has too many issues for me to consider recommending it, at least at this point in its life.