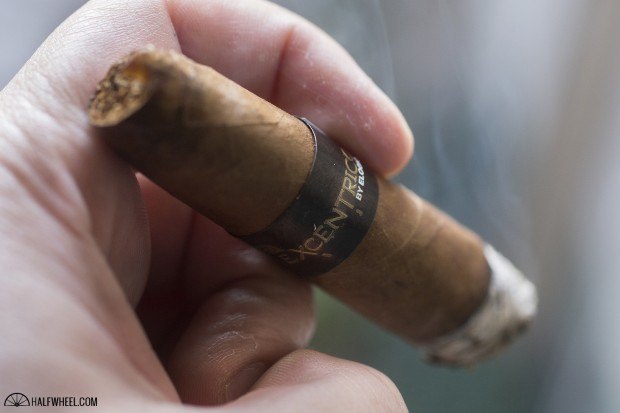 In 2011, Elogio released Excepcionales, an extremely limited release that bucked the trend of what had otherwise been relatively conservative cigars. It was a massive double perfecto that was reminiscent of Drew Estate’s Egg and Arturo Fuente’s OpusX Football. A year later, it debuted Excéntrico, a limited edition torpedo that featured a head akin to Arturo Fuente’s BBMF vitola.

Since then, Elogio has released an Excéntrico each year making this the fourth year for the limited edition line.

Last year was a 6 1/2 x 58 torpedo with a cap just like the original release. It uses an Ecuadorian habano wrapper, Nicaraguan Ometepe binder and fillers including ligero from the Dominican Republic, Nicaragua and Pennsylvania. 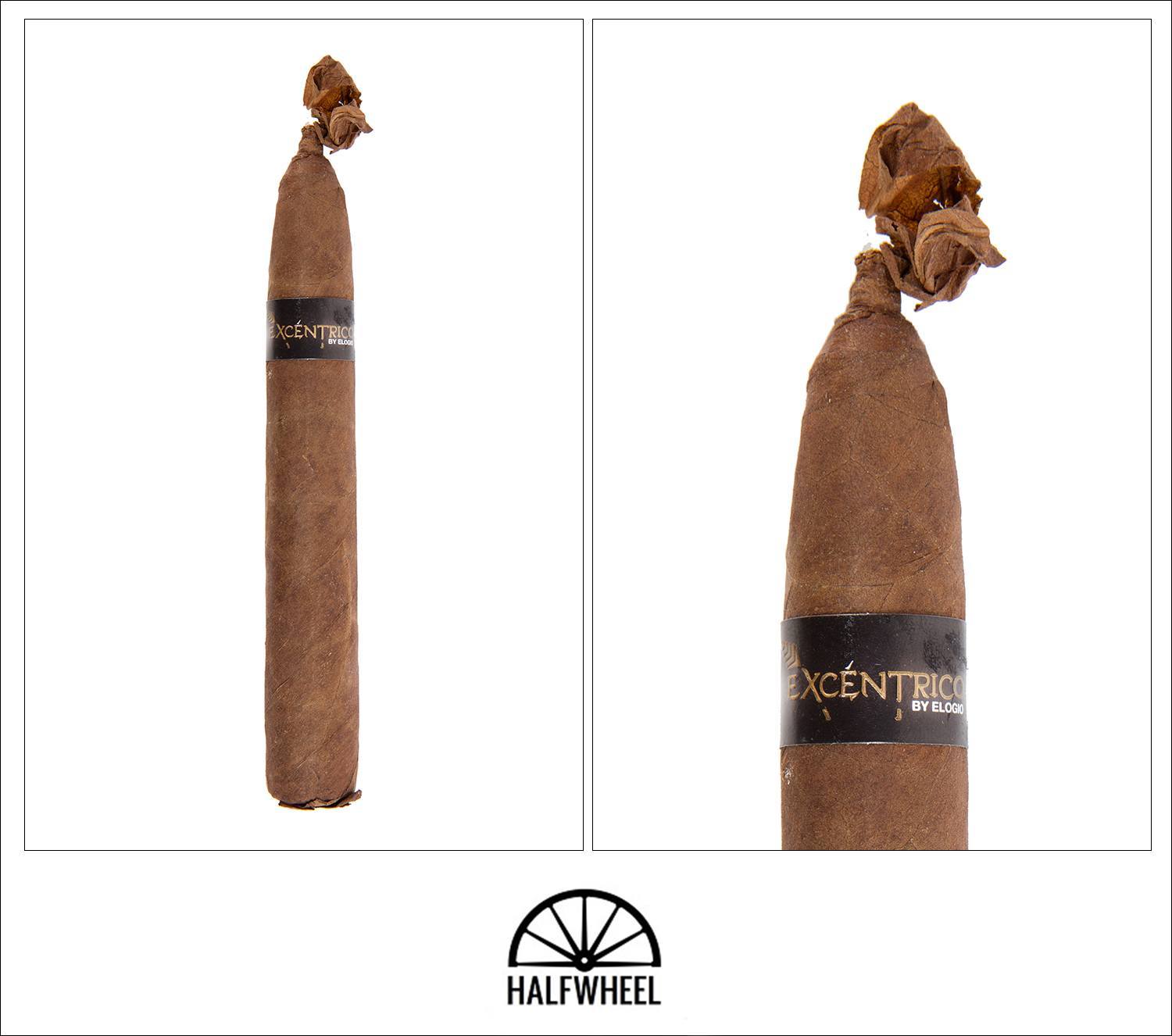 While the size is shorter than the original release, six and a half inches instead of seven, you could have fooled me that this is the same cigar as the original release. The dark Ecuadorian wrapper has tons of oils and both the cap and the covered foot are extremely well-applied. Aroma from the Ecuadorian wrapper has cinnamon, chocolate chip cookies and some leather. As for the cold draw, it’s extremely Cuban with a sweet candied citrus, almost like a grapefruit soda, and with a touch of spices.

All three samples, despite my best efforts, seem to start off with only the wrapper burning. The flavors in the mouth are quite good some sweet nuttiness, creamy vanilla in the nose and a touch of salts towards the end before some multi-grain breads take over. The aroma of the Elogio does not begin great, starting—for lack of a better term—like a Porta Potty. Fortunately, the flavors are still quite good. It’s smooth and creamy in the mouth with a big nutty flavor. Through the nose, the grapefruit soda flavor is still big along with some red wine, minerals and some walnuts. There’s minor roughness in the nose, but it’s still quite balanced. Construction-wise the draw is slightly tight, particularly for a 60 ring gauge, but the smoke production and burn are great. 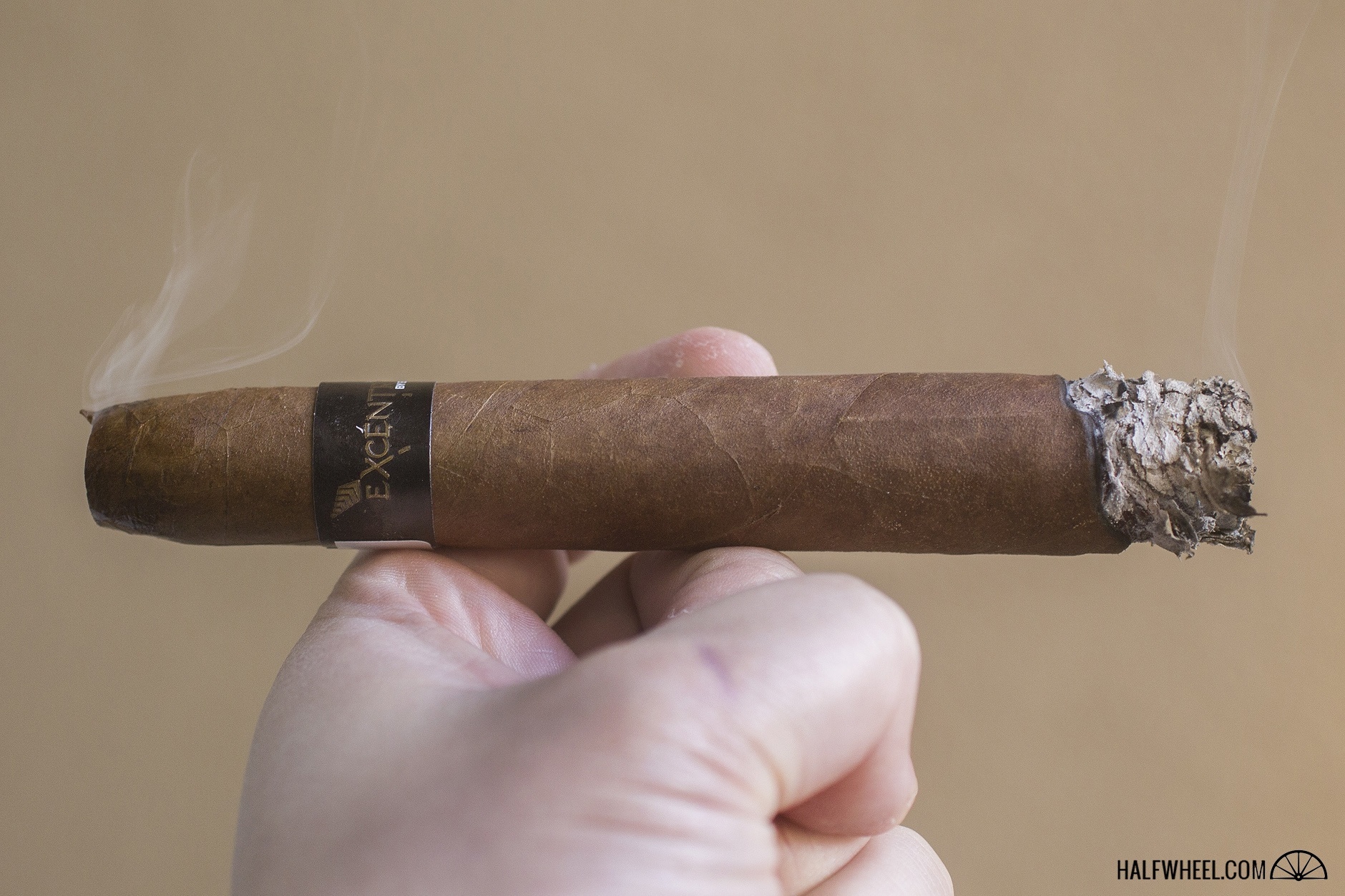 The Elogio Excéntrico No. 3 is able to continue deliver a ton of flavors, while still not annihilating the palate. A meatiness enters the profile in the second third joined by some sunflower seeds, caramel and a lot of barnyard. In the nose, there’s some soggy popcorn, grapefruit soda and just a tad of harshness. It reminds a lot of what Tatuaje is often able to achieve with the harshness cutting through some of the smoother flavors. Draw and smoke production remain where they were in the earlier third, flawless. 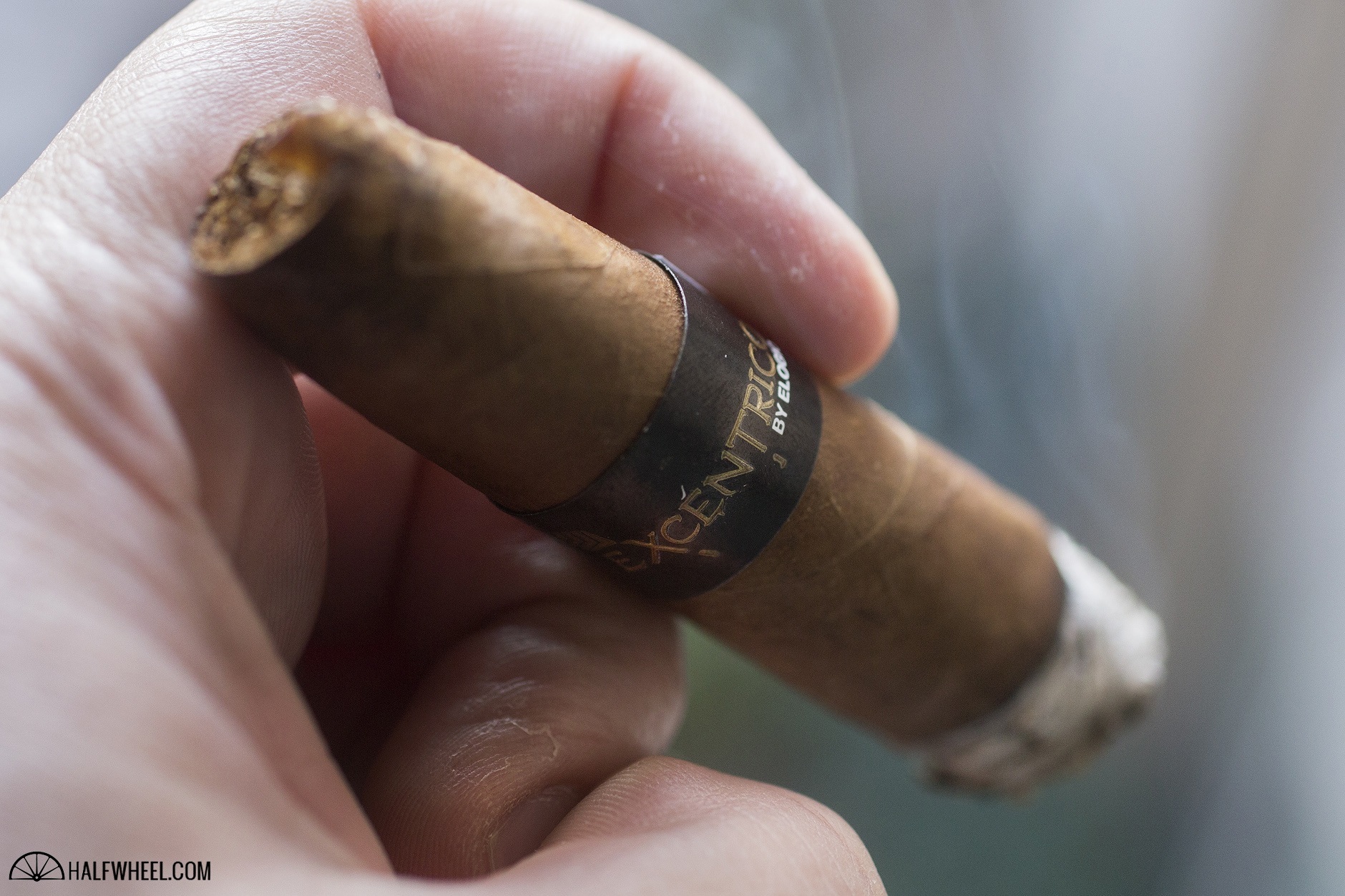 Simply put, the final third is a bit of a let down. Herbal flavors hit the palate for the first time, although it affects each of the three Excéntrico No. 3s I smoke differently. Fortunately, a big corn whiskey note begins to overwhelm the herbal flavors and some chalkiness. The walnuts and harshness remain, but they are a bit muted compared to the earlier portions. Construction-wise, things remain great even until the end. 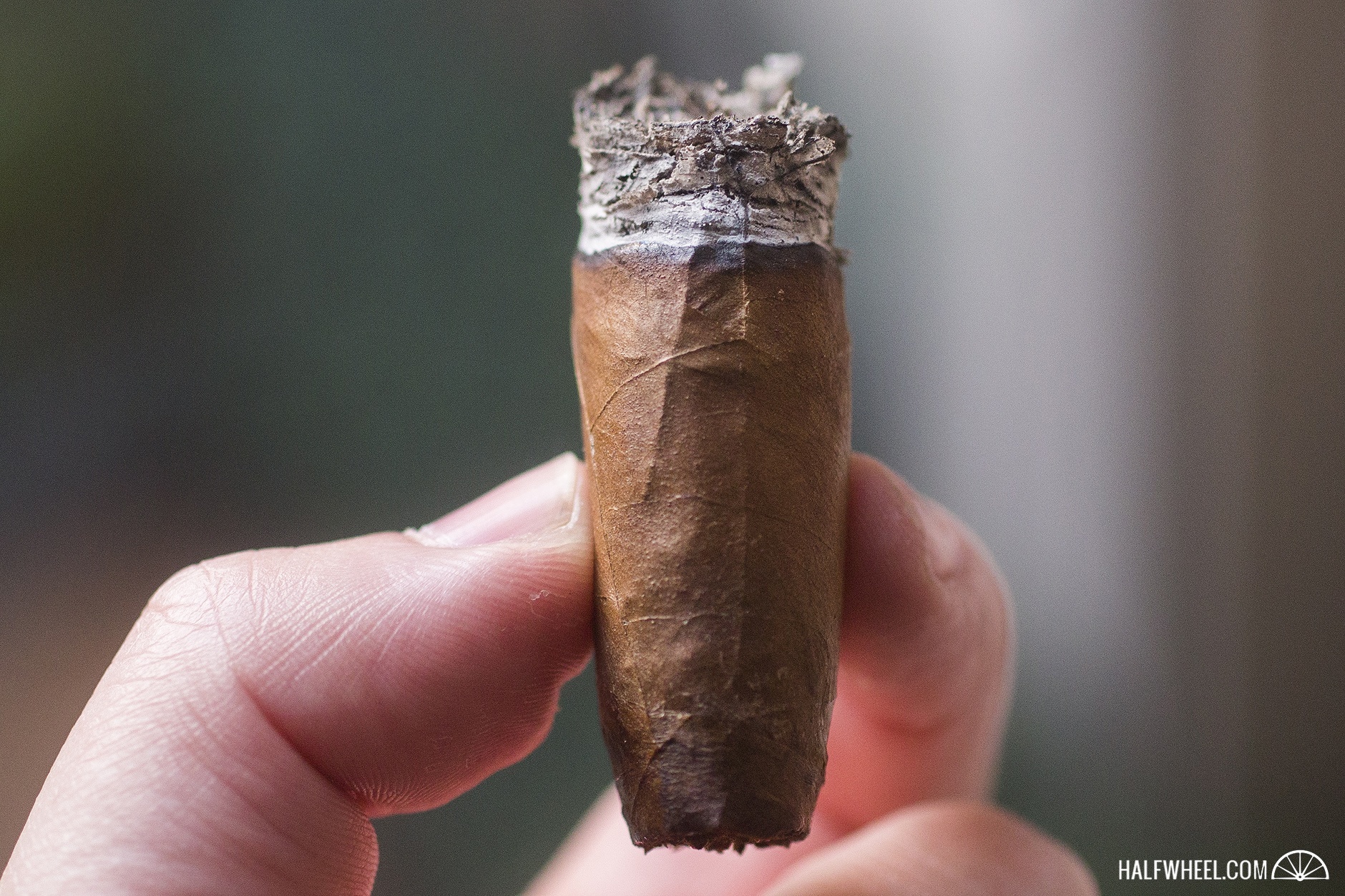 It was not long ago when Elogio was believed to be a contender for the next big thing. That never materialized and Elogio has fallen into some sort of obscurity. In fact, trying to find a retailer that even carried the Elogio Excéntrico No. 3 was a struggle. Yet, Elogio is still producing good cigars and in some case, very good cigars.