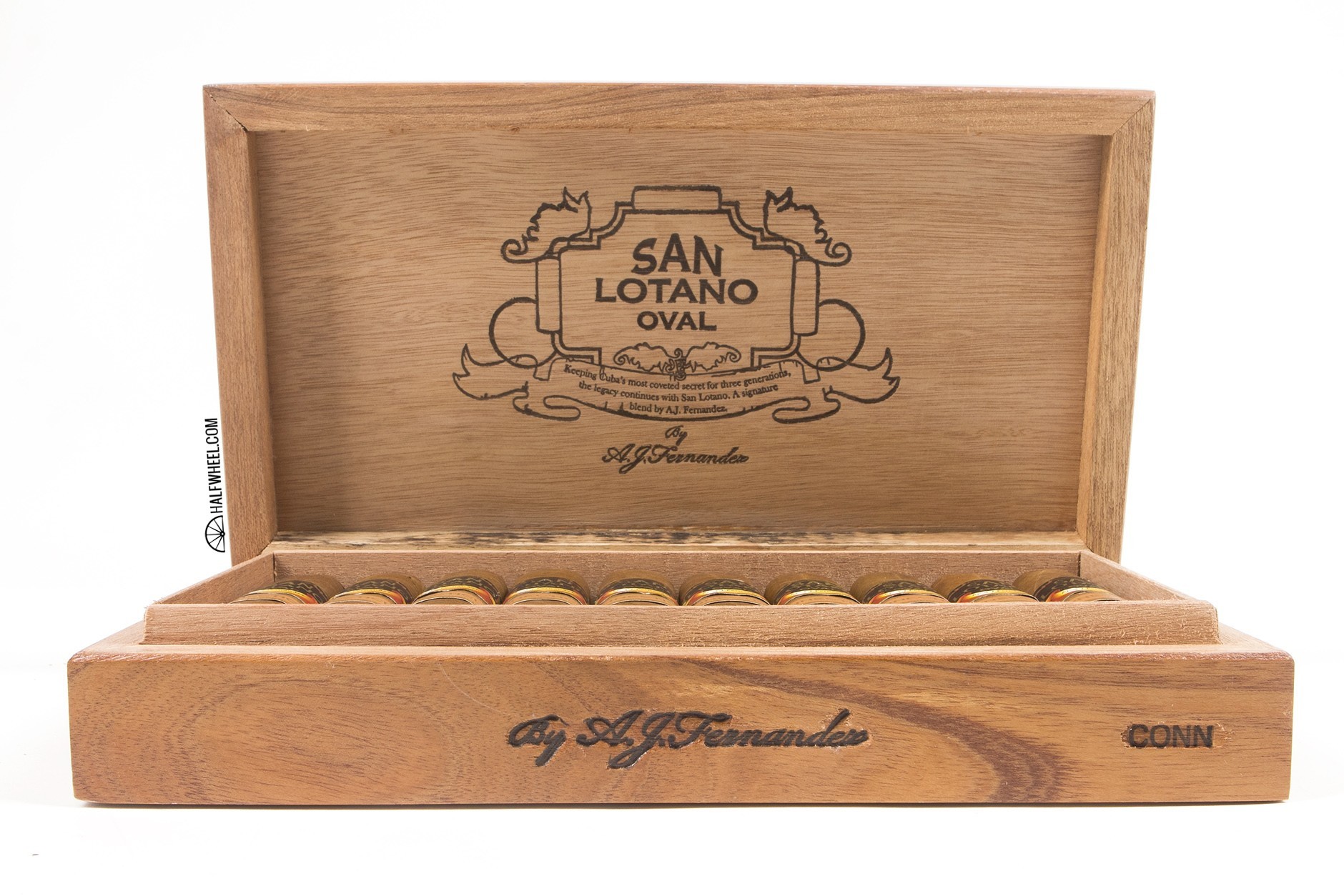 “We wanted to do an exclusive cigar with A.J. Fernandez, available to our customers,” said Kent Pennington, owner of Elite Cigar Cafe. “This is the first in a series of exclusives that we are doing with the company.”

The San Lotano Oval Connecticut blend is composed of an Ecuadorian Connecticut shade wrapper covering a binder from Nicaragua as well as filler tobaccos from Honduras, Nicaragua and “AJ’s Secret Filler.”

The initial shipment was for just 400 cigars and arrived in late February. Todd Vance, national director of sales for A.J. Fernandez Cigars, told halfwheel that Elite Cigar Cafe had the option for more cigars in the future.