In 2010, Arturo Fuente released one of my favorite cigars of all time, at least as far as stories go.

To celebrate the 75th birthday of Carlos Fuente Sr., Fuente sent select retailers a single box of Don Carlos cigars that carried a secondary band reading 75th. That cigar is the Don Carlos Senior Blend. While most cigars are somewhat of a static blend, or at least have the intention of being a static product, Fuente Sr. would tweak the Senior Blend from time to time depending on his own personal tastes. While the Don Carlos might have been his cigar, the Senior Blend was truly what the man was smoking.

It’s one of my favorite cigars not because of how good the cigar was—and the ones I smoked were very good—but rather because of the intent. Fuente sent the cigars he made for himself to the retailers that supported the company. It was a thank you, and a special one at that.

While there are plenty of cigars that are described as the personal blend of someone in the cigar industry, the Fuente releases remain special not just because of Fuente Sr., but also because the company didn’t charge retailers for the cigars. They were a gift.

It’s somewhat surprising that no one has really copied that concept as I think the small gesture would go a long way. But it’s not to say that there aren’t personal, not-for-sale cigars that are given out. The most famous one—and the bar isn’t high—comes from Eladio Diaz, the man responsible for overseeing the production of Davidoff.

Each year, Diaz creates a cigar for his birthday and then gives them out to friends. They aren’t for sale—except occasionally as part of the Procigar charity auction—and they are hard to come by. I’ve been lucky enough to acquire two of them and this is a review of his 64th birthday cigar, released in 2017. The wrapper is much darker than what most people would associate with Davidoff, though it does look similar to the Winston Churchill The Late Hour. Aroma off of the wrapper is very strong with a fair bit of acidity, leather, cocoa, nuttiness and some barnyard. The foot isn’t as strong and it’s much sweeter. The only flavors I can pick up are espresso, some barnyard and pepper—largely thanks to a fair amount of acidity that remains. With all the acidity coming off the cigar, I’m pleasantly surprised to find a lot of floral flavors and peanuts on the retrohale.

There’s not much smoke coming into the mouth once the Eladio Diaz 64 is lit. Flavor-wise, I pick up a lot of lemon over some nuttiness and cocoa. The weirdness with the smoke production continues for the first inch: there’s a ton of smoke coming off the foot, but the burn line is barely moving. Flavor-wise, it’s semi-sweet in the mouth thanks to some burnt orange zest, nuttiness and a touch of sourness. Retrohales are similar to the first puff of the cigar—nuttiness, floral and lots of lemon—though eventually, it transitions to a mixture of cashews, Hoisin sauce and an herbal flavor. The finish has some dry tortilla flavors and a lingering harshness in the back that reminds me of drinking an overproof spirit. Flavor and body are both medium-full, strength is medium-plus. Smoke production gets a lot better after the first inch. A meatiness begins to take over as the single biggest flavor in the second third of the Eladio Diaz 64. Joining it as the mouth flavors are toastiness, nuttiness and sunflower seeds. The retrohale has orange peels, a Chambord-like sweetness, lemon and an increasing amount of cayenne pepper. I find myself fighting an urge to drink water, particularly as the cayenne becomes more intense and drier with each puff. The flavor is medium-full, body is full and strength is nearly full. A touch-up is needed to correct a pretty uneven burn. 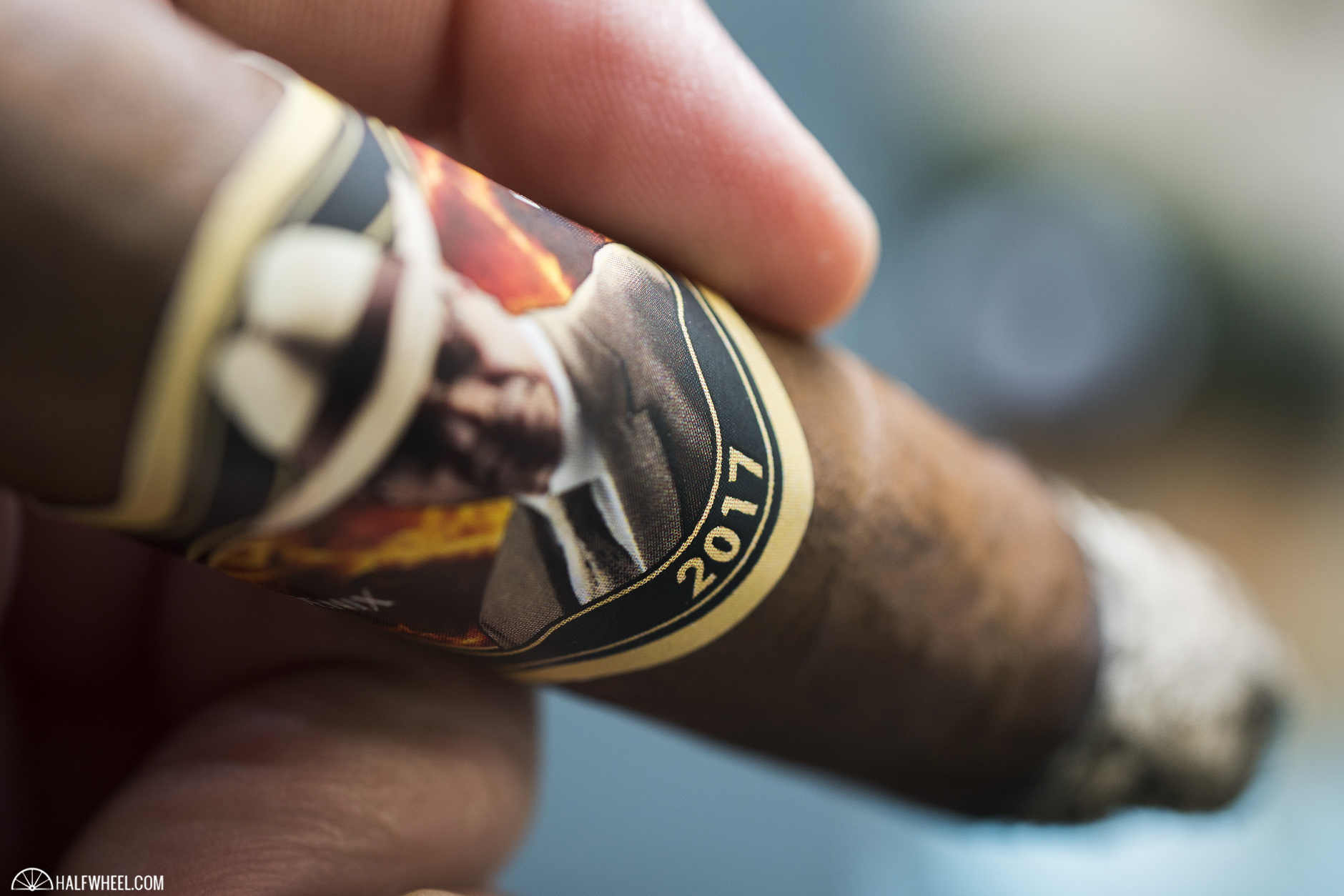 The final third of the Eladio Diaz 64 is a homecoming of sorts. While toastiness and meatiness remain dominant upfront, the cashew flavor from the first third is making a reappearance. In addition, floral notes return on the retrohale. Interestingly, if I rush the retrohale faster, it turns the smoke salty. The finish is dominated by hoisin sauce and banana bread, with some cayenne pepper underneath it. The flavor finishes full, body is full and strength is medium-full. The Eladio Diaz 64 is everything I've come to expect from signature Diaz cigars: complex, full and flavorful. I found this to be more aggressive compared to the Eladio Diaz 62, particularly due to the cayenne and salty flavors with which the cigar finished. That said, when it wants to be, the cigar can be extremely complex and even delicate. Construction woes were unexpected and certainly hurt the score, but I'd gladly smoke plenty more Eladio Diaz 64s if given the chance.