El Septimo Cigars has a new series of cigars inspired by some of the greatest works of art ever produced, and it will be showcasing them at the upcoming 2021 PCA Convention & Trade Show.

The Sacred Arts Cigar Collection is made up of seven cigars, which represent the biblical story of the seven days of creation. Each line is dedicated to a famous painter and inspired by one of his famous works, and thus named for them:

Each of the seven vitolas is offered in 20-count boxes that feature the art work and come in a distinct color to help differentiate it from the other cigars in the collection. 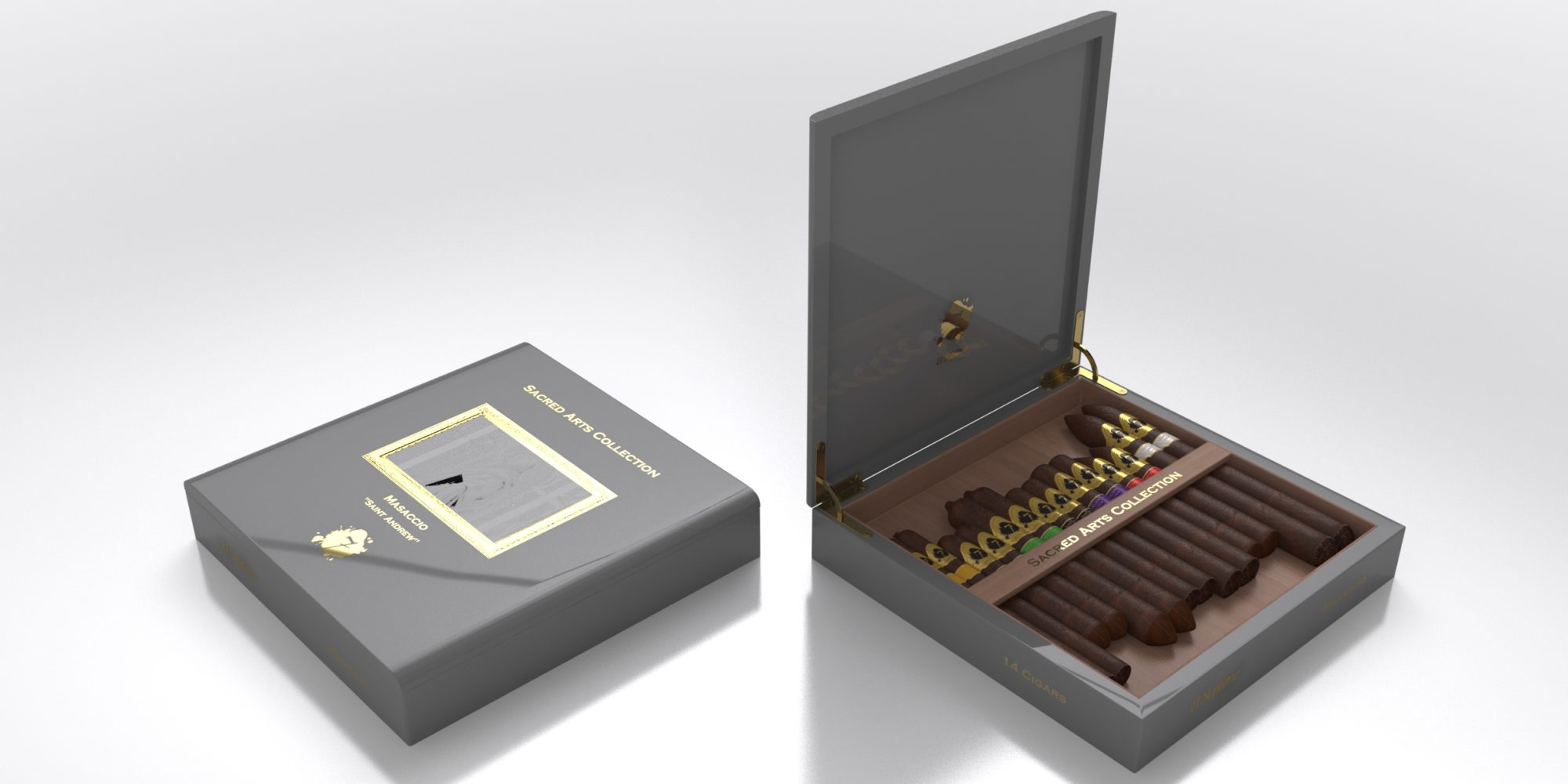 Additionally, the company is releasing a sampler of the seven cigars, with each set containing two of each blend for a total of 14 cigars and coming with an MSRP of $310.

The company is not disclosing any details about the blends, other than to say that the blend is different for each size. The cigars are produced at the company’s factory in Costa Rica.

“We are excited to demonstrate our capabilities of continuous innovation and lead the industry with our comprehensive line of new cigars and accessories,” said Zaya S. Younan, chairman and ceo of Younan Company, the parent of El Septimo Cigars. ”

The El Septimo Sacred Arts Collection is slated to be shipped to stores at the end of August and will be available to El Septimo retailers around the globe.

Update — Shortly after this article was published, El Septimo announced a decrease in the MSRPs of the cigars and the samplers as part of their launch. The updated prices are reflected above.