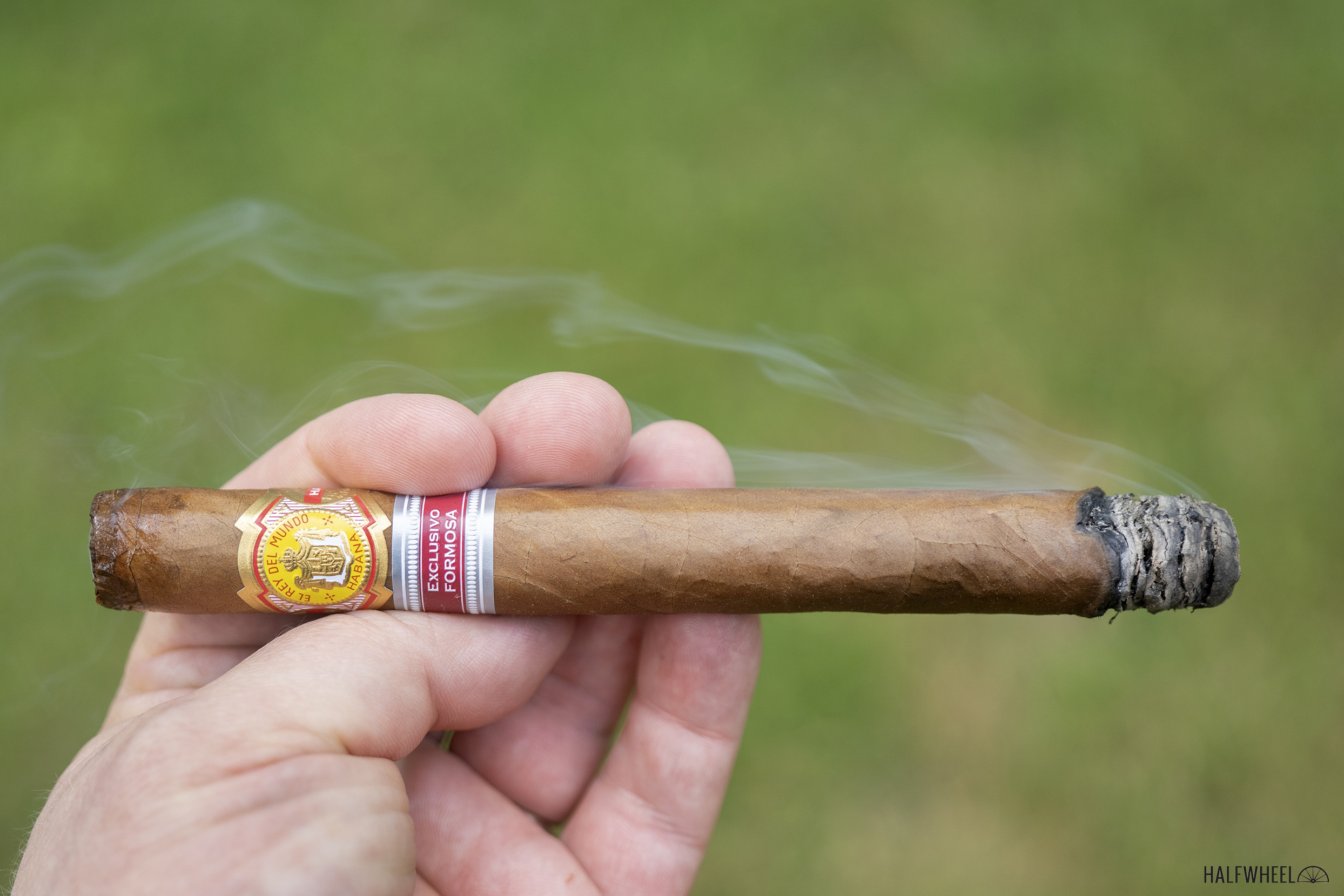 Habanos S.A.’s Edición Regional series has included exclusive releases for specific countries, regions of the world and even distributor’s areas; however, one of the releases scheduled for 2018 was named for a country that no longer exists.

That cigar is the El Rey del Mundo Tainos, a 7 x 47 Churchill that was released for Formosa, a former republic located on modern-day Taiwan that last under five months. The name Formosa was first used in 1542 by Portuguese sailors who, after discovering an uncharted island, labeled it on their maps as Ilha Formosa, which translates to beautiful island. Formosa existed from May 23-Oct. 21, 1895 following the first Sino-Japanese War, in which the island declared its independence from the Chinese Qing dynasty but was then taken over by the Japanese. 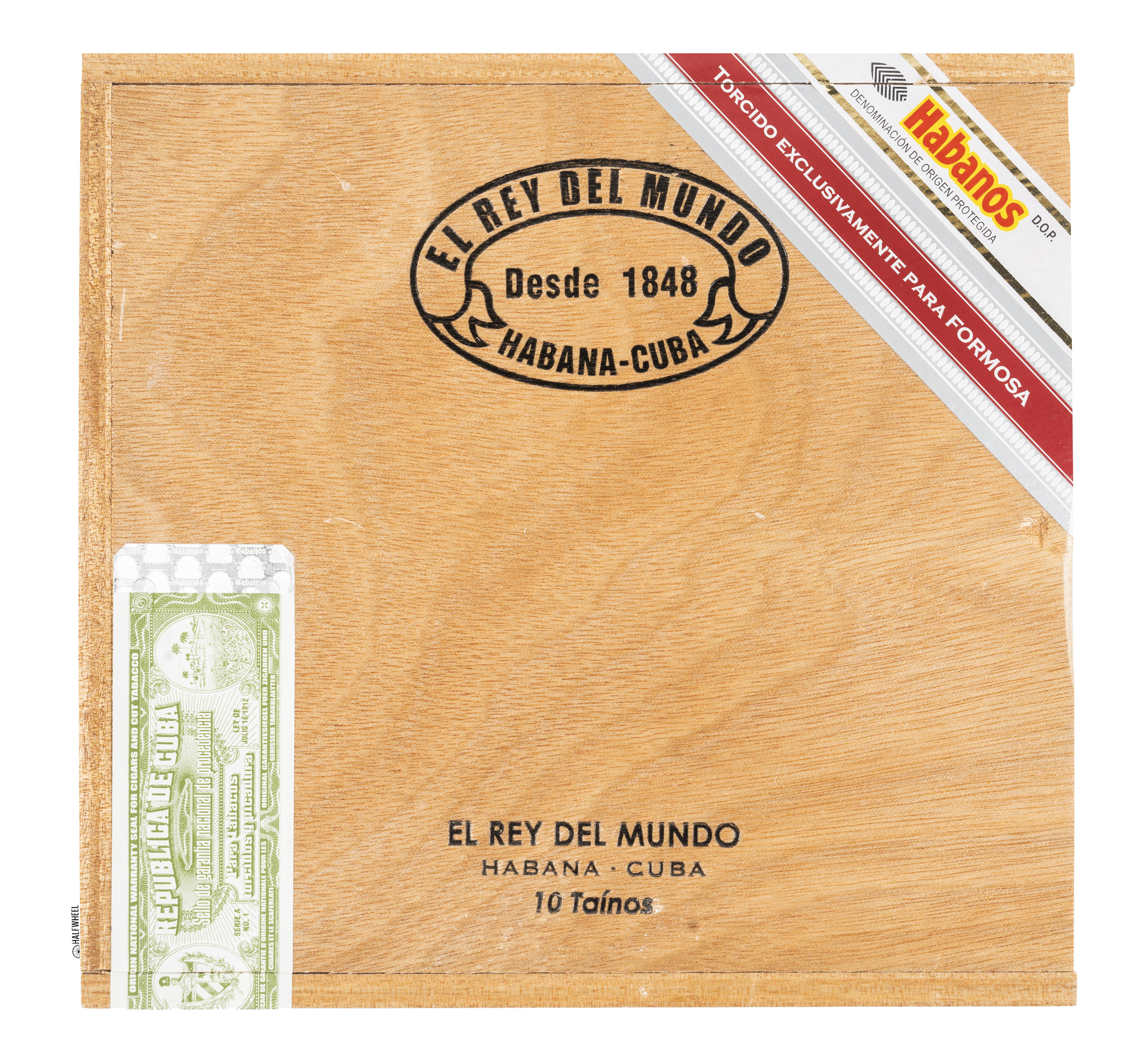 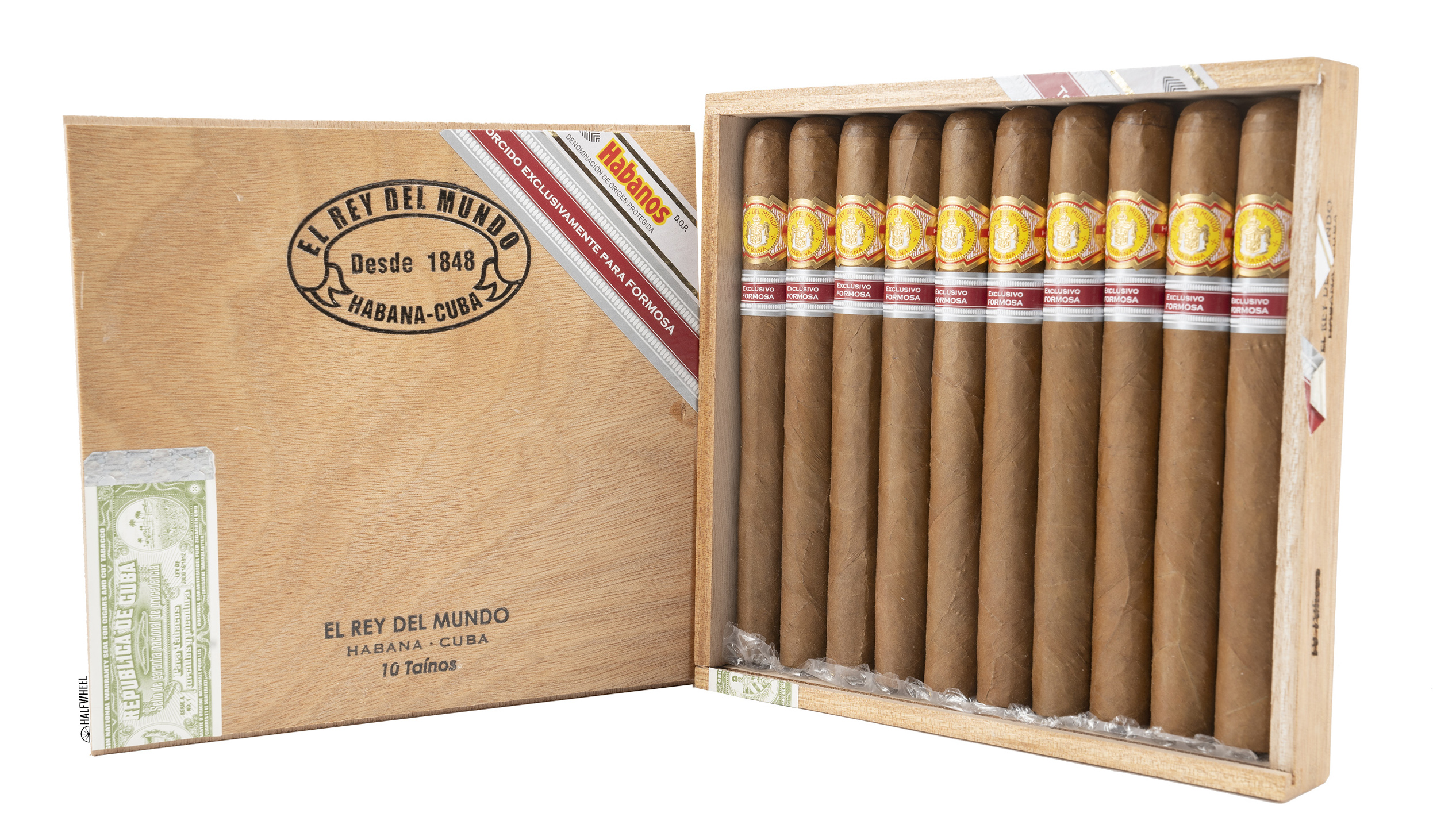 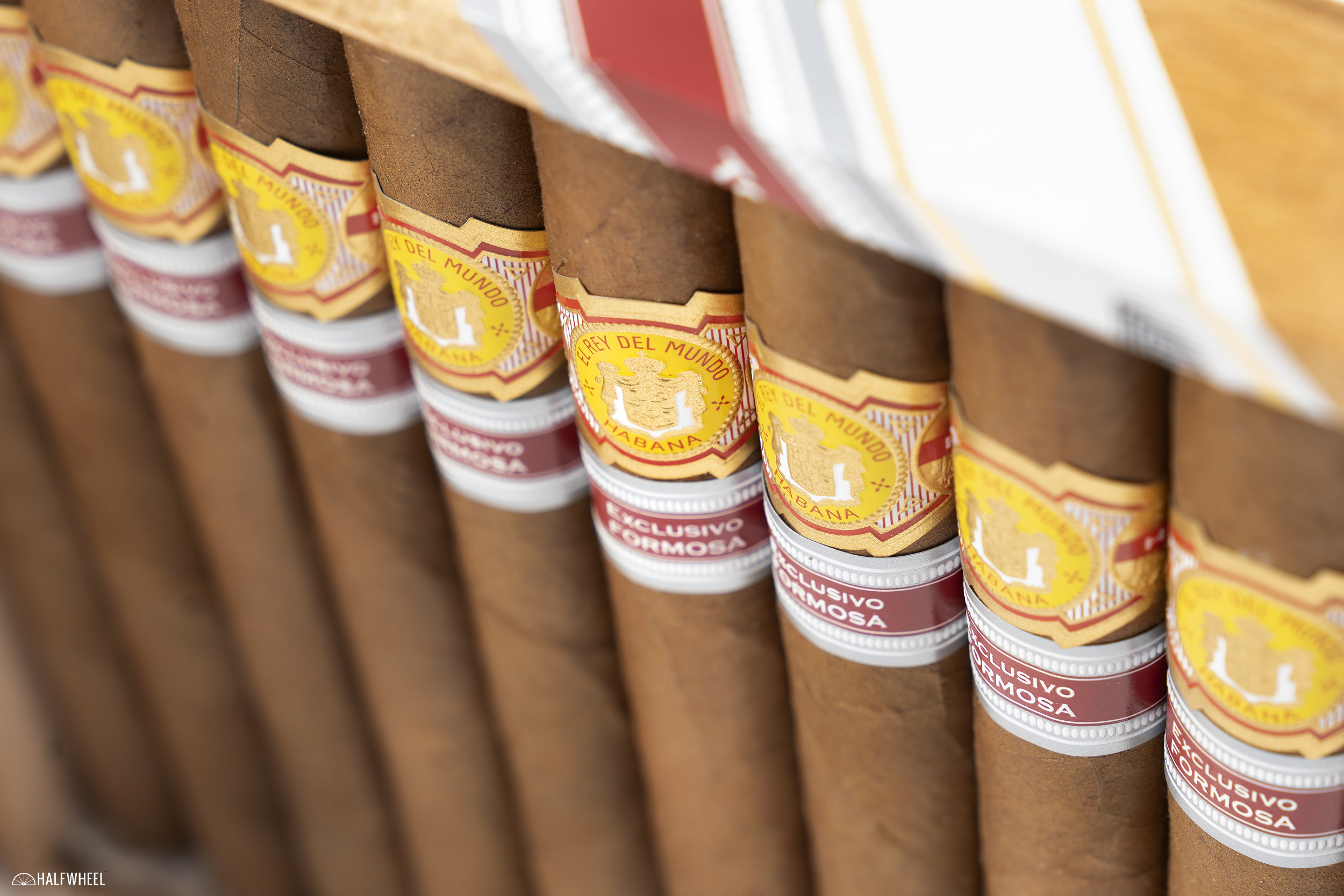 As for the cigar, it’s limited to 8,888 numbered boxes of 10 cigars, which were released exclusively in Taiwan in mid-2019. The name, Taínos, likely references the group of natives who occupied what is now the countries of Cuba, the Bahamas, Jamaica, Puerto Rico and other Caribbean islands and are popularly credited as the ones who introduced Christopher Columbus—and thus the entire Western world—to tobacco.

The Edición Regional program started in 2005 and utilizes the 17 local and multi-local brands for their releases exempting the ten worldwide premium global and niche brands. The cigars are limited production releases with a minimum run of 25,000 cigars and are made exclusively for a regional market, which can range from a specific country to a geographic region.They are available for one to two years, after which time the cigar can be added to the line’s current production range. The vitolas used for Edición Regional releases must be selected from current production vitolas, but ones that are not already used by that lineIn addition, r  ecent changes, as noted by Trevor Leask of CubanCigarWebsite.com, have included a lifespan of 12 months with release dates generally in August, September and October. In addition, while some regions have received multiple releases in a calendar year, it has been reported that starting in 2012 Edición Regional releases will be limited to one per distributor. 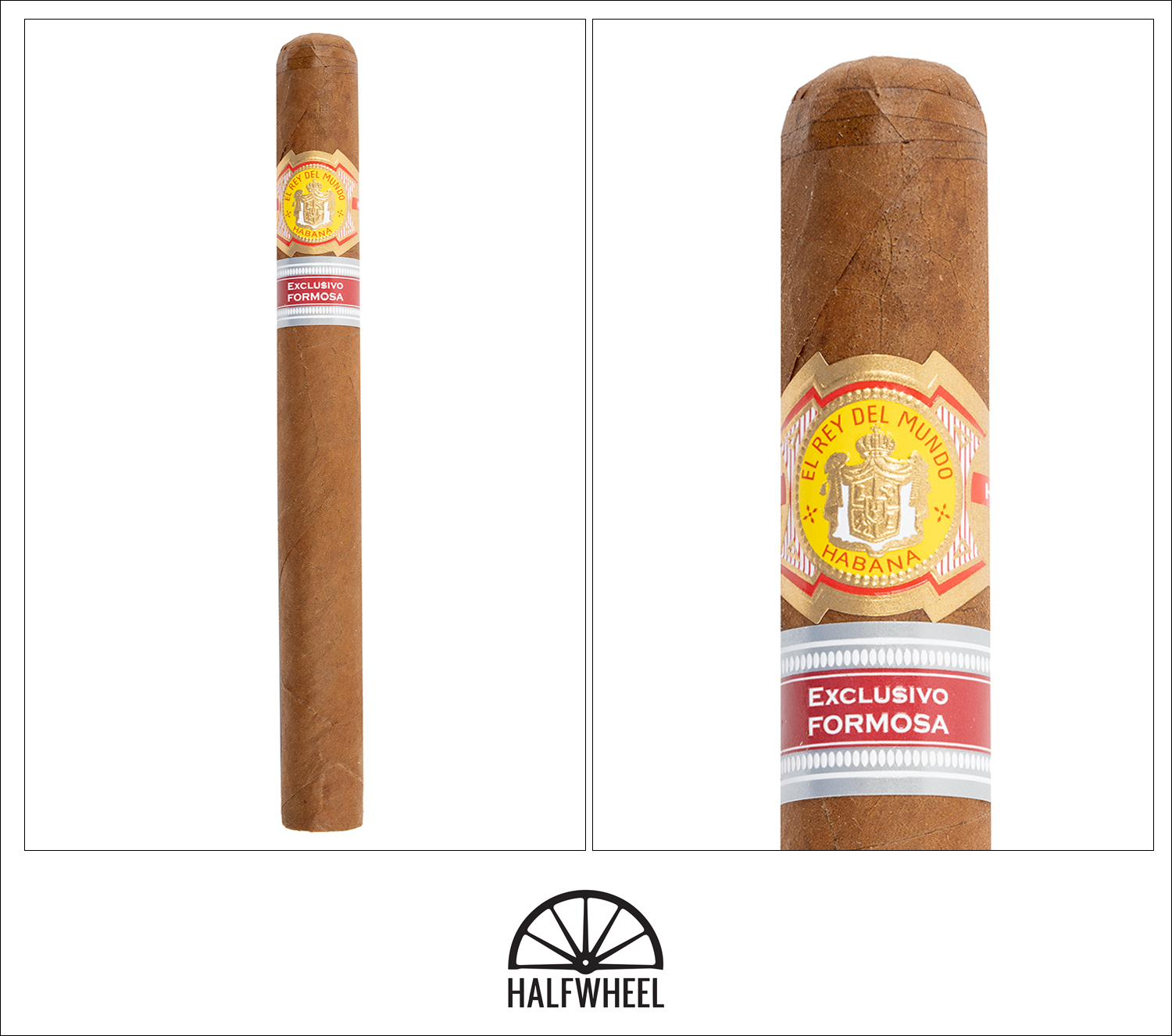 The El Rey del Mundo Taínos doesn’t wow me in terms of appearance: it is a fairly standard vitola with a nondescript milk chocolate brown wrapper that is smooth to the touch with a little tooth, albeit very little visible oil. The cigar is quite hard when squeezed but one sample had a huge soft spot—more like a crater—about halfway between the secondary band and the foot on the backside. Aroma from the wrapper is a combination of light orange citrus, cedar, cocoa nibs, barnyard, cinnamon and hay while the cold draw brings flavors of aromatic cedar, leather tack, spiced oranges, roasted espresso beans, earth and creamy almonds.

Starting out, the El Rey del Mundo features a profile dominated by a distinct combination of leather tack and almonds, interspersed with notes of cedar, earth, cinnamon, hay and slight soapiness. While the finish is full of bitter espresso, the retrohale includes both generic citrus and white pepper. In terms of construction, two samples feature an excellent draw after a straight cut while one is extremely tight. The burn follows suit, as two samples need no attention while the last one has to be touched up a couple of times to avoid it getting out of hand. Smoke production is on the low side of normal while the overall strength shows early signs of life, hitting a point closer to medium than mild by the end of the first third.

The generic citrus note on the retrohale from the first third increases quite a bit in the second third of the Taínos—now easily identifiable as lemongrass—and it combines nicely with the combination of leather tack and almonds that are still the dominant flavors on the palate. Lesser notes of creamy cedar, coffee beans, hay, bread and dark chocolate flit in and out, while both the bitter espresso on the finish and the white pepper on the retrohale have decreased noticeably. Construction-wise, the draw continues to give me no issues while the burn has evened up nicely, although the smoke production continues to lag a bit below normal levels. The overall strength continues to increase just a bit, ending up just under the medium mark by the time the final third begins. 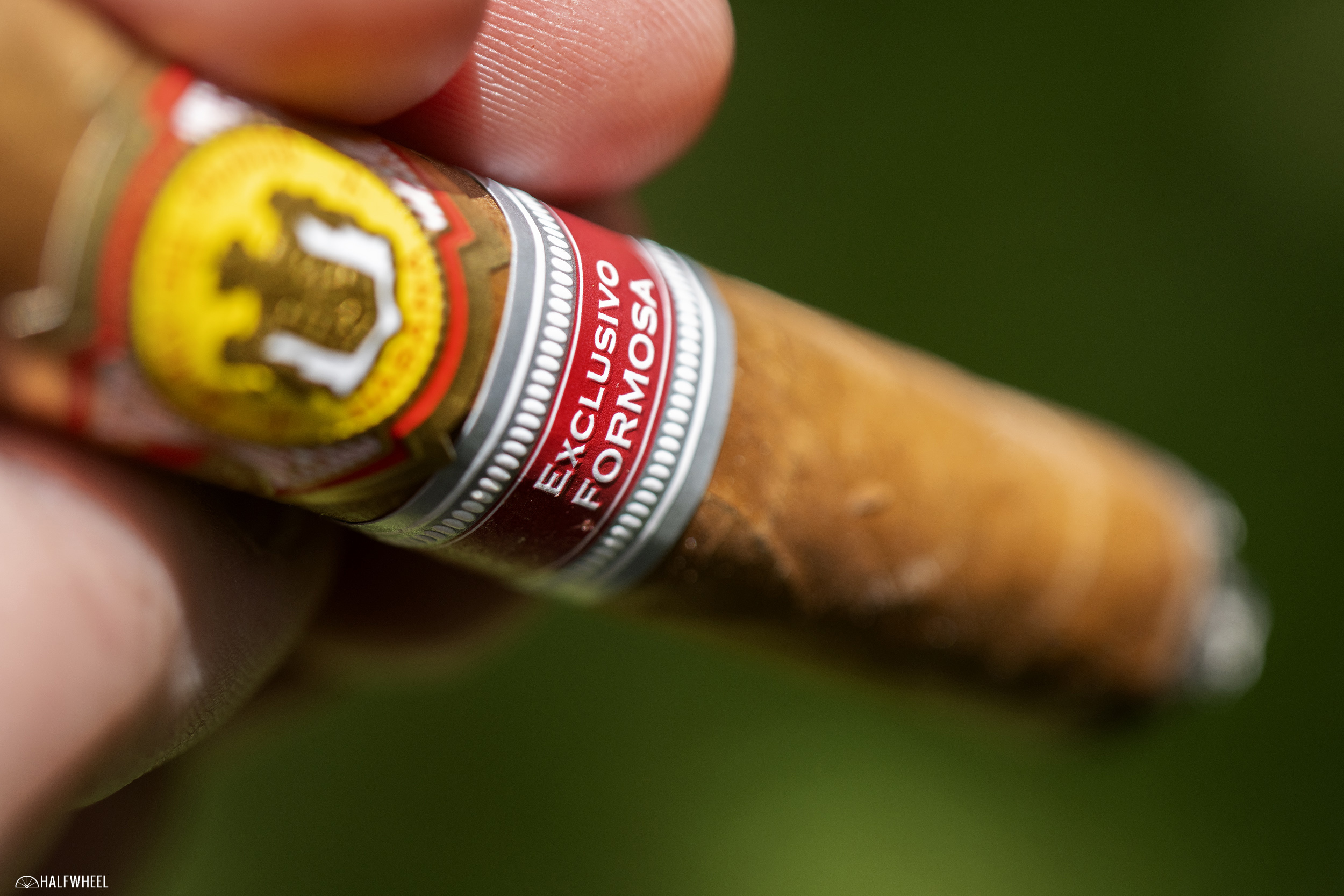 While the profile of the Taínos Edición Regional makes a significant shift in the final third, unfortunately it is not for the better as the flavors on both the palate and retrohale have become quite a bit less distinct. I can still taste flavors of generic nuts, leather, hay, earth, anise and bread on the palate as well as citrus on the retrohale. The bitter espresso on the finish doesn’t fade and has become strong enough to overtake all but the most prominent flavors in the profile. Both the burn and the draw continue to give me no issues, while the smoke production continues to be a bit thin. Finally, the overall strength of the El Rey del Mundo Taínos continues to increase bit by bit until the end of the cigar, reaching a point just over the medium just as  I put the nub down with a little more than an inch remaining. 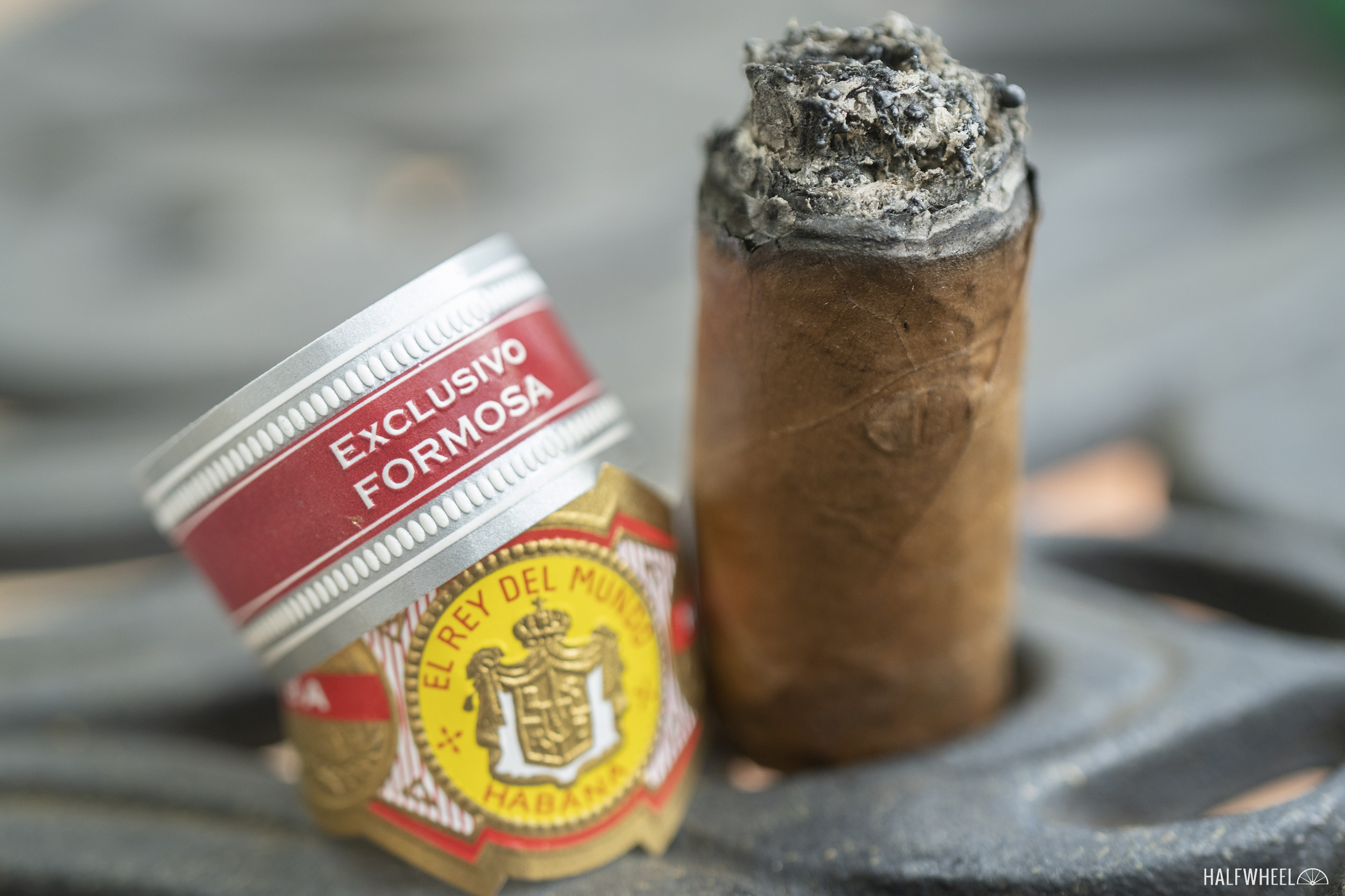 It is never a good thing when the cigar smells better than it tastes, but that was the case with one of the El Rey del Mundos. It starts out bitter—albeit not altogether unpleasant—and while it does recover in the second third, the profile is just never more than halfway interesting. Even with that, some blends could recover and pull out a nice score, but unfortunately, the one bad sample that featured a sub-par draw, multiple burn issues and a profile that was obviously not up to snuff sealed this cigar’s fate. If you get a good one, the El Rey del Mundo Taínos is a decent enough cigar with some reservations, but at its worst, it is one to stay away from.