But the one you might hear the most—particularly amongst the halfwheel staff—is the Edmundo Dantes El Conde 109, or more simply Conde 109.

That cigar was a lot of things, but it also seemingly brought the No. 109 vitola, a 7 1/4 (184mm) x 50 Churchill extra vitola back from complete obscurity. The vitola is best known for its use of a tapered head that is a hybrid of two different types of caps: a belicoso cap and a normal parejo cap.

The 109 had been used on a few high-dollar humidors and for a Colección Habanos release, but in the dozen years prior to the Edmundo Dantes there were five cigars that used the size, since there have been nine.

The most recent to show up to stores is the El Rey del Mundo Kon Tiki 1973, a new addition to the Edición Regional program for the Los Andes region. It was originally scheduled to be shipped in 2017, but did not actually start showing up on shelves until earlier this year. While the Los Andes may not be familiar to some readers, it is actually the same region as Andino B.P.E. and includes three different countries: Bolivia, Peru and Ecuador.

Although it is not exactly unusual for the name of an Edición Regional to be a tribute of a person, place or event, the moniker of the new El Rey del Mundo release actually pays homage to two very different items. First, the Kon Tiki part of the name refers to an 8,000-kilometer-long expedition that took place in 1947 across the Pacific Ocean in an exact replica of a large balsa wood raft said to be used by Kon-Tiki Viracocha, a native chief who—according to legend—sailed west from Peru. Led by Thor Heyerdahl and including five crew members, the 101-day trip proved beyond that the ancestors of Incas could have populated Polynesia by boat.

The 1973 part of the name refers to the way that the cigars are arranged in their 50-count cabinet: specifically, each cabinet contains four levels, with the cigars arranged in rows of 13, 13, 13 and 11, the latter of which includes a double-sized spacer block to make up for the two missing cigars. This extremely unique presentation is said to have been utilized for the first time in the 1960s before being discontinued in 1973.

In terms of release specifics, the El Rey del Mundo Kon Tiki is limited to just 1,200 cabinets of 50 cigars that began shipping to retailers in the middle of the year. 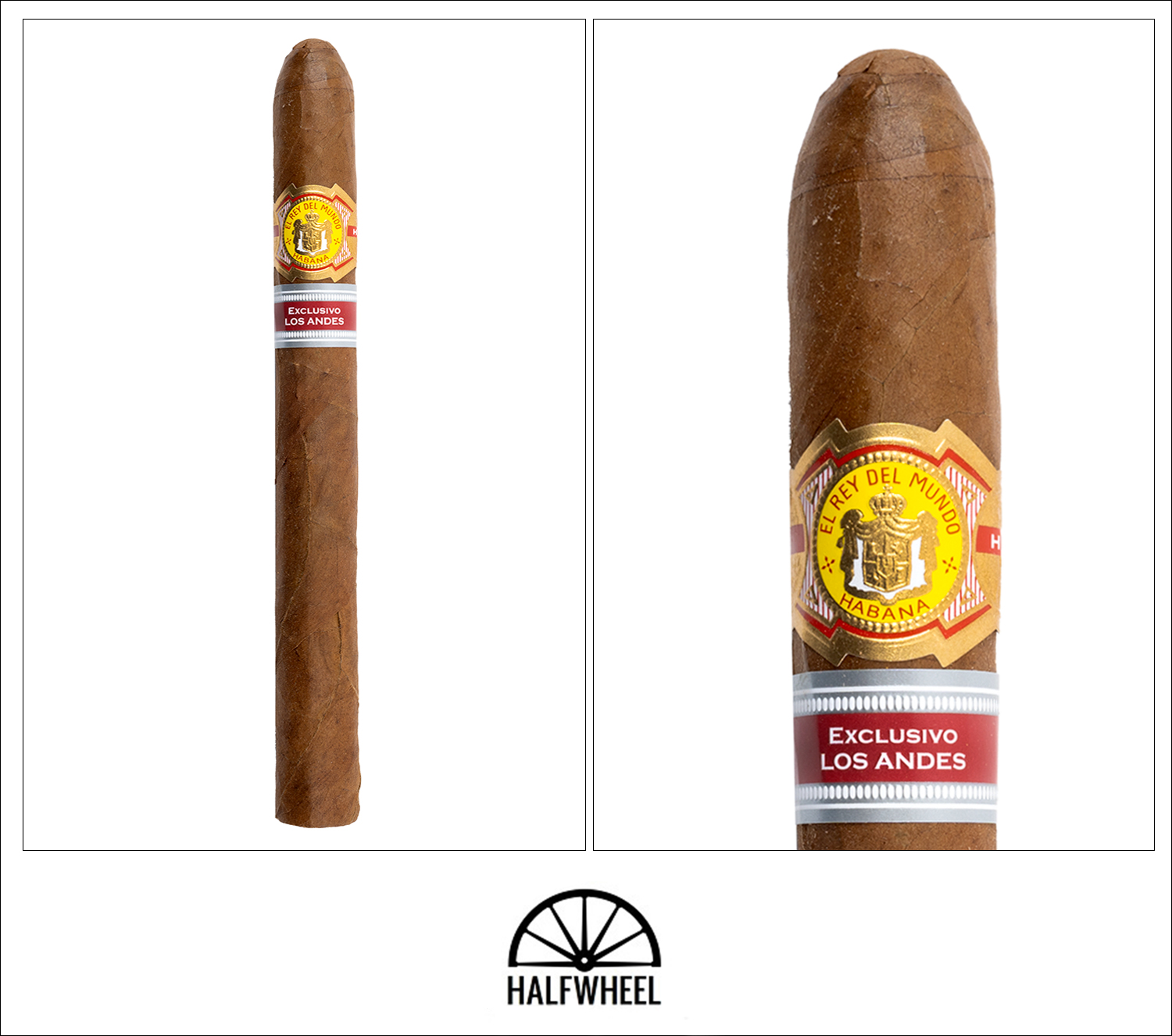 I have said many times over the years that the 109 is one of my favorite vitolas, and the El Rey del Mundo Kon Tiki is no different, sporting a gorgeous milk chocolate brown wrapper that is fairly smooth to the touch, despite the surprising multitude of major veins present. The 109 cap actually looks a bit more bullet-esque than I am used to seeing, and the cigar is nicely firm when squeezed. Aroma from the wrapper and foot is a combination of strong orange citrus, cinnamon, barnyard, dark chocolate, hay and creamy cedar, while the cold draw brings flavors that are very similar, with creamy cedar, cinnamon, orange citrus, cocoa nibs, grass and earth leading the way.

After such a wonderful cold draw, I was a bit concerned about my expectations when the smoking actually started, but I needn’t have worried: the Kon Tiki features a number of dominant and complex flavors, including the exact same orange citrus and cinnamon combination that made the aroma and cold draw so enjoyable. Following right behind are lesser notes of aromatic cedar, grass, milk chocolate, leather and a touch of floral, along with some slight spice on my tongue. There is some noticeable fresh-cracked pepper on the retrohale as well as some obvious caramel sweetness, but the finish is full of nothing but freshly brewed coffee. Construction-wise, the draw is just the right amount of resistance after a straight cut, but the burn is problematic enough almost out of the gate that it needs touching up quickly. In terms of strength, the El Rey del Mundo does not even approach the medium mark by the time the first third ends, although it obviously has more in the tank. The orange citrus and cinnamon combination begins to change drastically in the second third of the Kon Tiki ER Los Andes, becoming a distinct creamy peanut butter note, followed by flavors of cinnamon, aged cedar, rich espresso, leather, dough, gritty earth and slight citrus that flit in and out. In addition, both the fresh-cracked pepper and caramel sweetness on the retrohale increases ever so slightly, while the finish continues to be dominated by notes of freshly brewed coffee. The draw continues to give me no issues whatsoever, but the burn continues to experience problems—albeit slight—leading to yet another touch up. Strength-wise, the Edición Regional increases enough to come fairly close to the medium mark, but seems content to remain there for the rest of the second third. More changes are in store during the final third of the El Rey del Mundo Kon Tiki, specifically with dominant flavor, which shifts again, now reminding me of sandalwood. Lesser notes of creamy cedar, cinnamon, floral, coffee beans, toast, grass, leather, earth and orange peel fight for their places, while the still present caramel sweetness and fresh-cracked black pepper continue to add complexity to the profile. Unfortunately, the burn continues to need attention—albeit just one touch up—but the draw continues to be fantastic, and the overall strength lands just below the medium mark by the time I finish the cigar with a little less than an inch remaining. From the very first puff, I suspected that the El Rey del Mundo Kon Tiki was going to be one of the best young Cuban Edición Regionals I have smoked in a very long time, and I was not disappointed in that regard. The cigar is a flavor bomb from beginning to end, with a profile that sports massive shifts during its two-hour-long smoking time: orange citrus and cinnamon in the first third that morphs into to creamy peanut butter in the second third only to finish with a dominant sandalwood note in the final third. While still not quite as good as the legendary Edmundo Dantes El Conde 109, the El Rey del Mundo Kon Tiki is easily good enough to warrant the time, effort and expense it takes to track it down.