In 2012, the distributor for Cuban cigars in the Asia Pacific region, Pacific Cigar Ltd, celebrated its 20th anniversary in business.

To commemorate the occasion, Habanos S.A. released the El Rey del Mundo Aniversario, a 5 7/8 x 54 robusto extra that was sold in boxes of 20 with 80,000 cigars released. The cigar was one of nine different Edición Regional releases in 2012, and the only cigar that year to carry an Asia Pacifico secondary band. 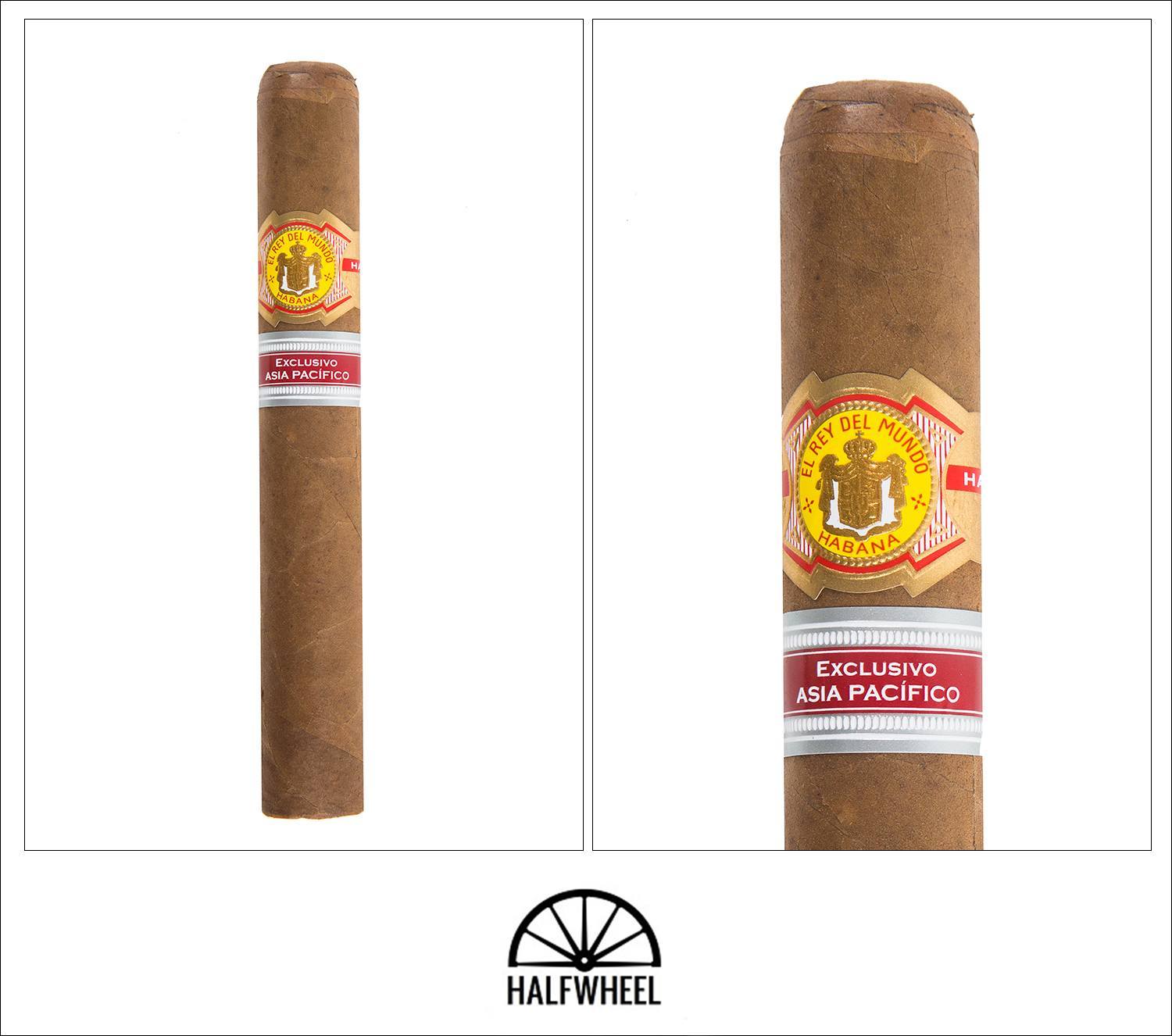 Covered in a light brown wrapper, the El Rey del Mundo Aniversario is parchment rough to the touch and features some very prominent veins running down the length. It is slightly spongy when squeezed, and there is virtually no oil present at all that I can see. Aroma from the wrapper is a combination of strong barnyard, hay, nuts, manure, leather and earth, while the cold draw brings flavors of oak, barnyard, leather and a small amount of cinnamon.

The El Rey del Mundo Aniversario starts off immediacy after lighting with strong flavors of hay, creamy almonds and oak, along with lesser notes of coffee, earth and cinnamon. I pick up an interesting buttered popcorn note about 10 puffs in; it sticks around for a while, but it is fleeting and never very strong. There is a slight vanilla sweetness on the retrohale and the finish is exceedingly creamy at this point in the cigar. The draw is excellent, with just the right amount of resistance, while the draw is good but not great so far. Strength-wise, the El Rey del Mundo Aniversario hits a point between mild and medium by the end of the first third. The second third of the Edición Regional Asia Pacifico 2012 features just a bit more pepper on the retrohale, along with that same creamy finish and significantly more smoke coming off of the foot. Flavors-wise, hay and earth are dominant, along with lesser notes of coffee, nuts and oak, while the buttered popcorn flavor from the first third is still around, but sadly not much stronger. The slight vanilla sweetness continues to be present on the retrohale as well, and both the burn and draw continue on their track from the first third. The strength increases slightly, but doesn’t hit the medium mark, ending up just shy by the time the second third ends. 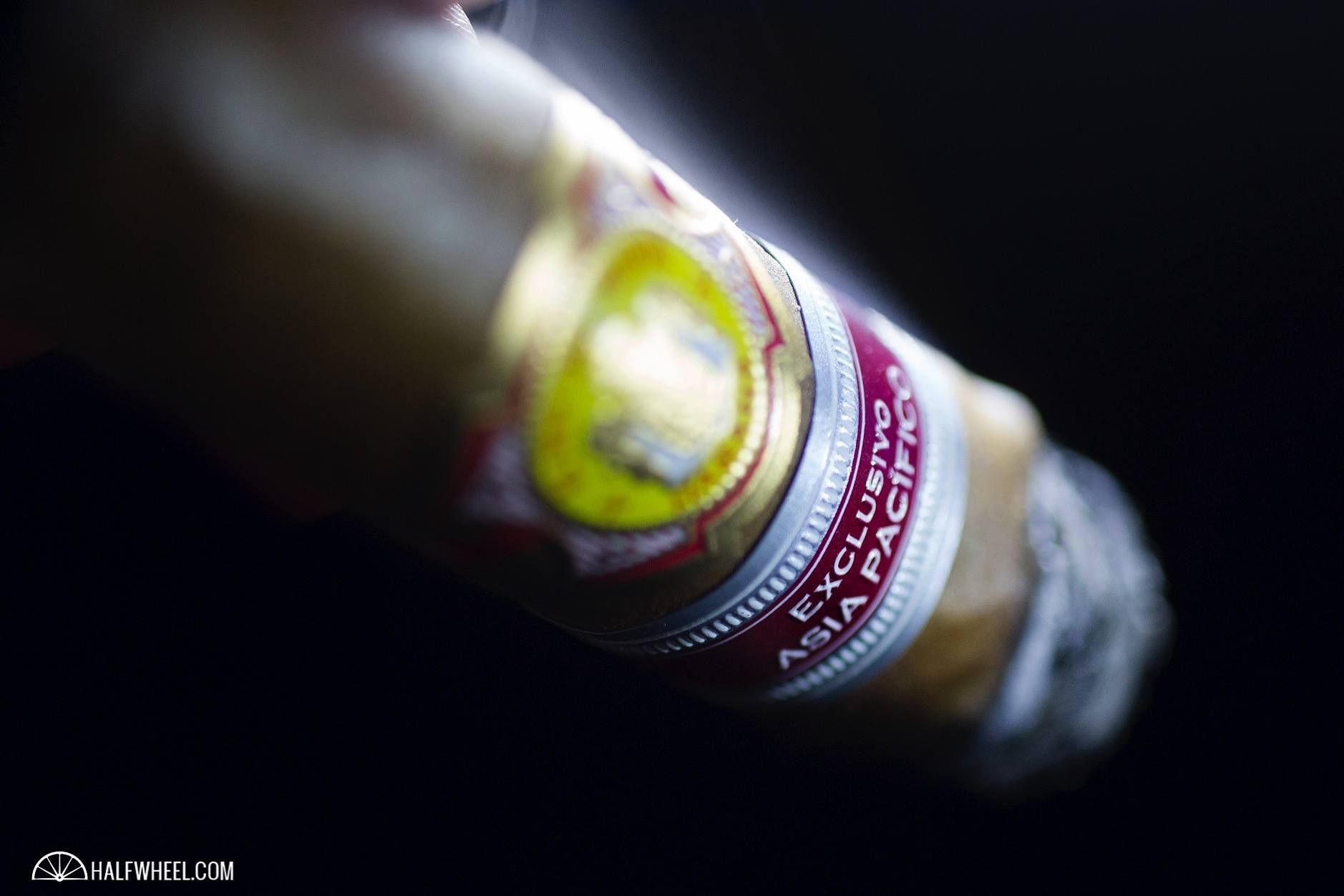 The final third of the El Rey del Mundo Aniversario is almost a carbon copy of the second third, with a gritty earth and hay flavors the dominant combination, along with other notes of coffee, dark chocolate, nuts, wood and barnyard. The buttered popcorn flavor is long gone by this point, and the vanilla sweetness on the retrohale loses what strength it has just a little ways into the final third, but the pepper on the retrohale remains constant until the end. The burn continues to be a bit uneven, but the draw remains excellent, and the overall strength finally hits a solid medium by the time I put the nub down with less than an inch to go. I have always found the El Rey del Mundo marca to be quite light for my tastes, with flavors that are muted or even downright boring. That proved to be the case with the Aniversario: the blend seems to be ill-suited for the larger size, resulting in a fairly straightforward, unexciting and uneventful profile that struggled to keep me interested for almost two hour smoke time. While not even close to the worst Edición Regional I have smoked, it had very little that I can recommend, especially for the price that is charged for them.