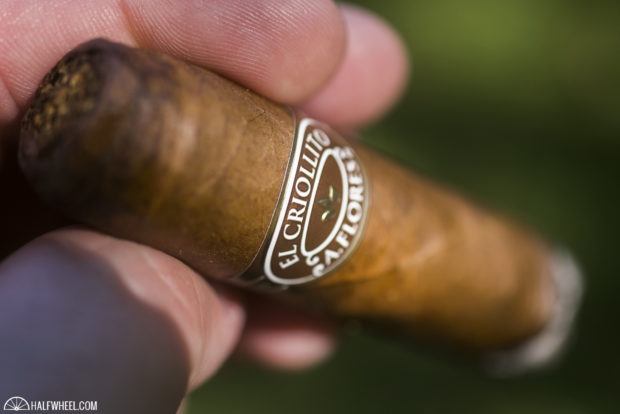 While it was released in Europe last year as a regular item, it’s limited to just 400 boxes of 24 cigars in each of the four sizes for the U.S.

As the name indicates, the four-viola line’s blend is based around criollo tobacco: an Ecuadorian rosado variant criollo wrapper covering a Mexican San Andrés binder and two criollo 98 fillers sourced from the Dominican Republic and Jalapa, Nicaragua. 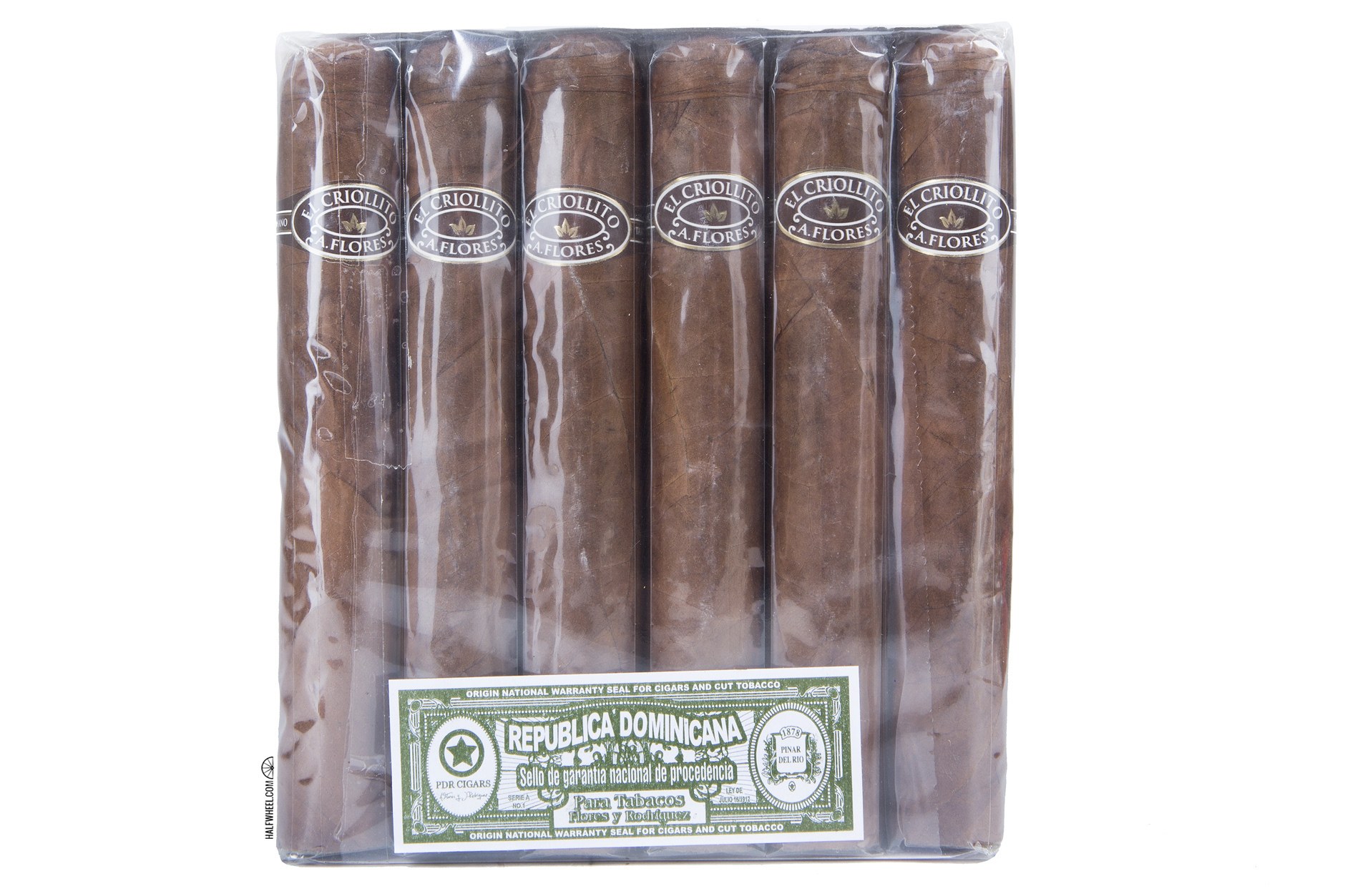 While the above is a bundle, the cigars are sold in boxes.

There are four vitolas available in the El Criollito line. 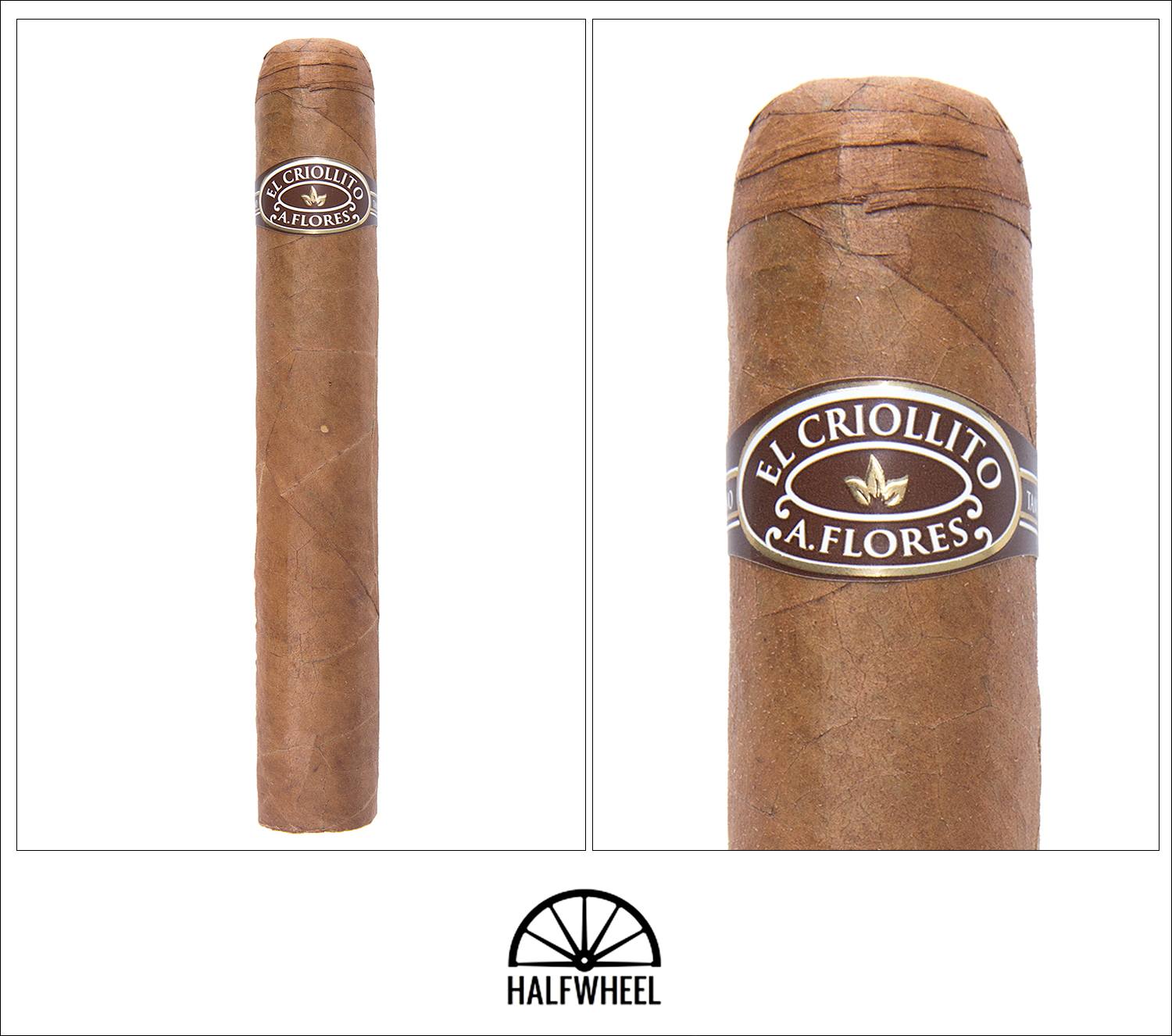 The El Criollito Double Magnum is physically impressive when held in my hand, with a milk chocolate wrapper that is quite smooth to the touch, although there are a number of very prominent veins as well. In addition, there is very little oil present, and the cigar is extremely spongy when squeezed. Aroma from the wrapper is a combination of manure, dark chocolate, gritty earth, black pepper and mild vanilla sweetness, while the cold draw brings flavors of creamy hay, cinnamon, sawdust, leather and sweet nutmeg.

Starting out, the first third of the El Criollito Double Magnum opens with distinct creamy almonds and hay as the somewhat dominant flavors, followed immediately by notes of leather, cocoa nibs, espresso beans and floral. There is some very obvious white pepper on the retrohale that begins to dissipate as the first third burns down, as well as some slight spice on my tongue that is gone almost before I can place it. I am also picking up a nice nutmeg sweetness that seems to have been carried over from the cold draw, albeit not overly strong as of yet. Construction-wise, the El Criollito features an excellent draw after a simple straight cut as well that while not razor sharp, is also not anywhere close to needing correcting as of yet. In addition, there is plenty of dense, white smoke coming from the foot and the strength hits a point about halfway between the mild and medium mark by the end of the first third. 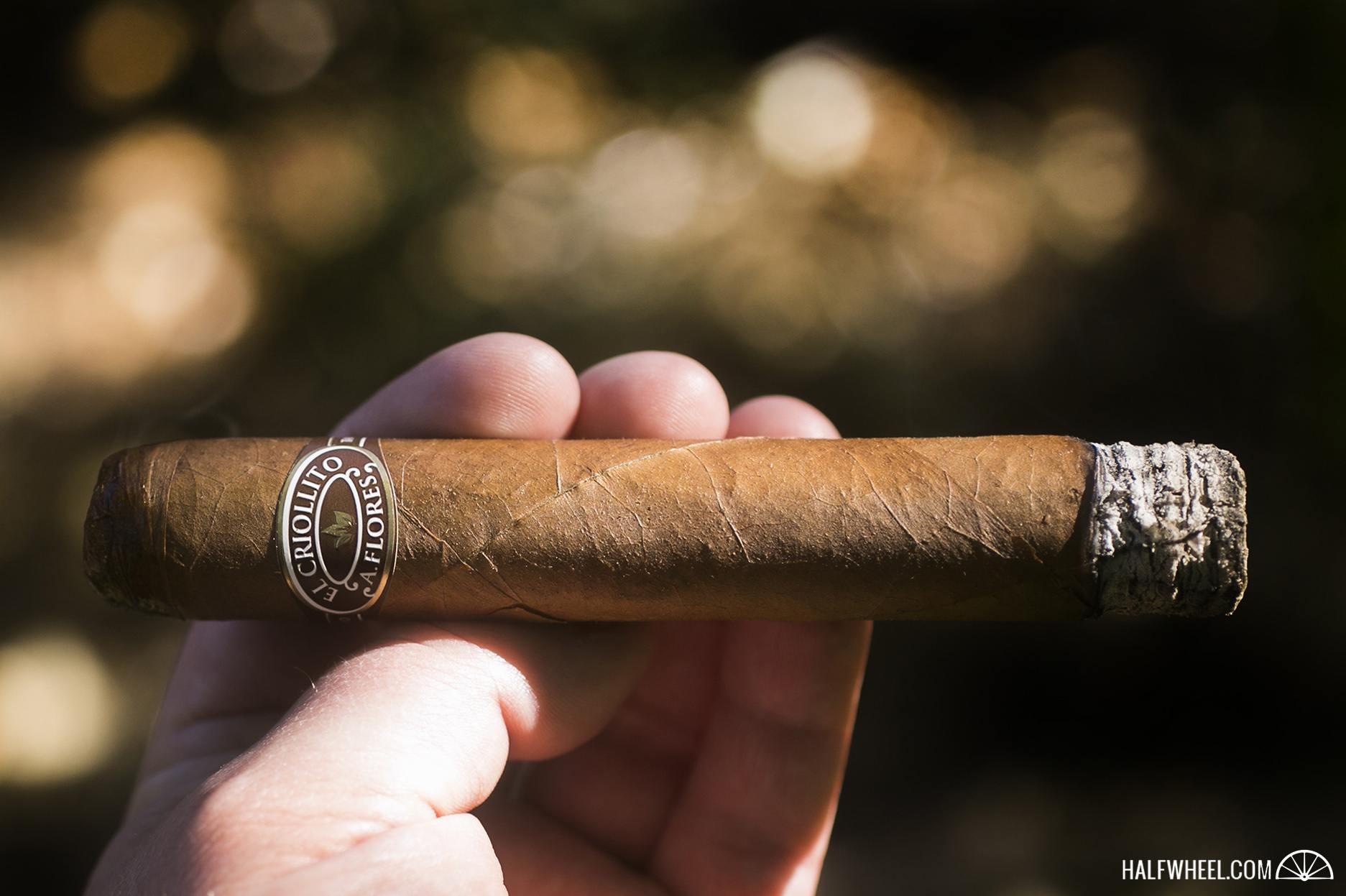 Unfortunately, while noticeable, the nutmeg sweetness from the first third continues to be much too light to make much of an impact in the profile of the second third of the El Criollito Double Magnum. The dominant flavors continue to be the same creamy almonds and hay combination, followed by licorice, ground coffee beans, yeast, cedar and slight cinnamon. Both the spice and the white pepper have been reduced noticeably by the halfway point, and while the draw continues to impress, the burn has to be touched up once to keep it from getting out of control. The smoke production remains both copious and dense, while the overall strength rises enough to come close to the medium mark by the time the second third comes to an end. 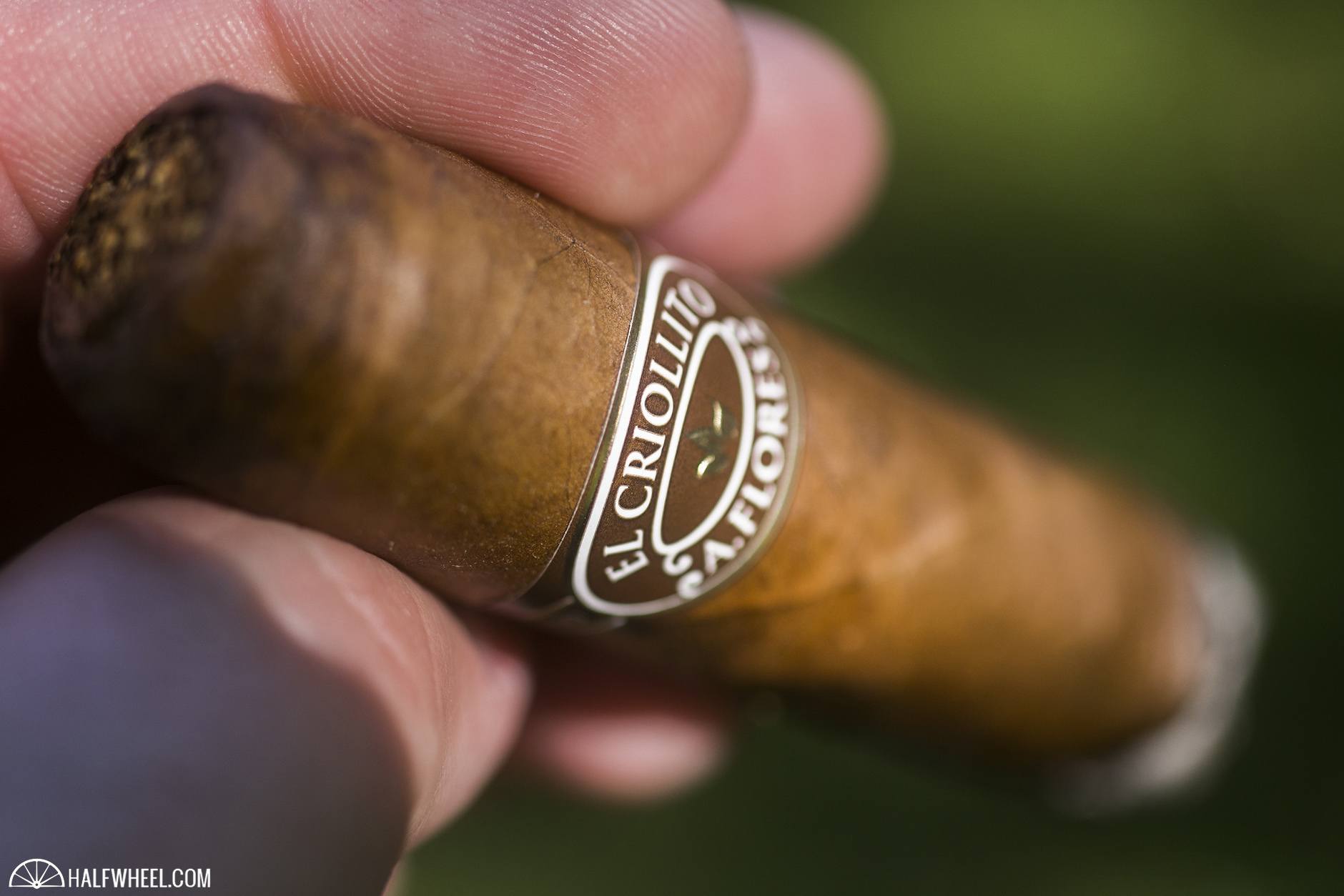 The final third of the El Criollito Double Magnum continues on a very similar path to both the first and second thirds, albeit with a somewhat stronger hay and less almond combination leading the way, followed by flavors of hay, espresso beans, dark cocoa powder, dried tea leaves and cinnamon. Thankfully, the burn has evened up, and while the draw is as wonderful as ever, the smoke production has decreased noticeably. The strength continues along along the same path, putting the El Criollito Double Magnum very close to the medium mark but never quite making it over by the time I put the nub down with a little more than an inch to go. 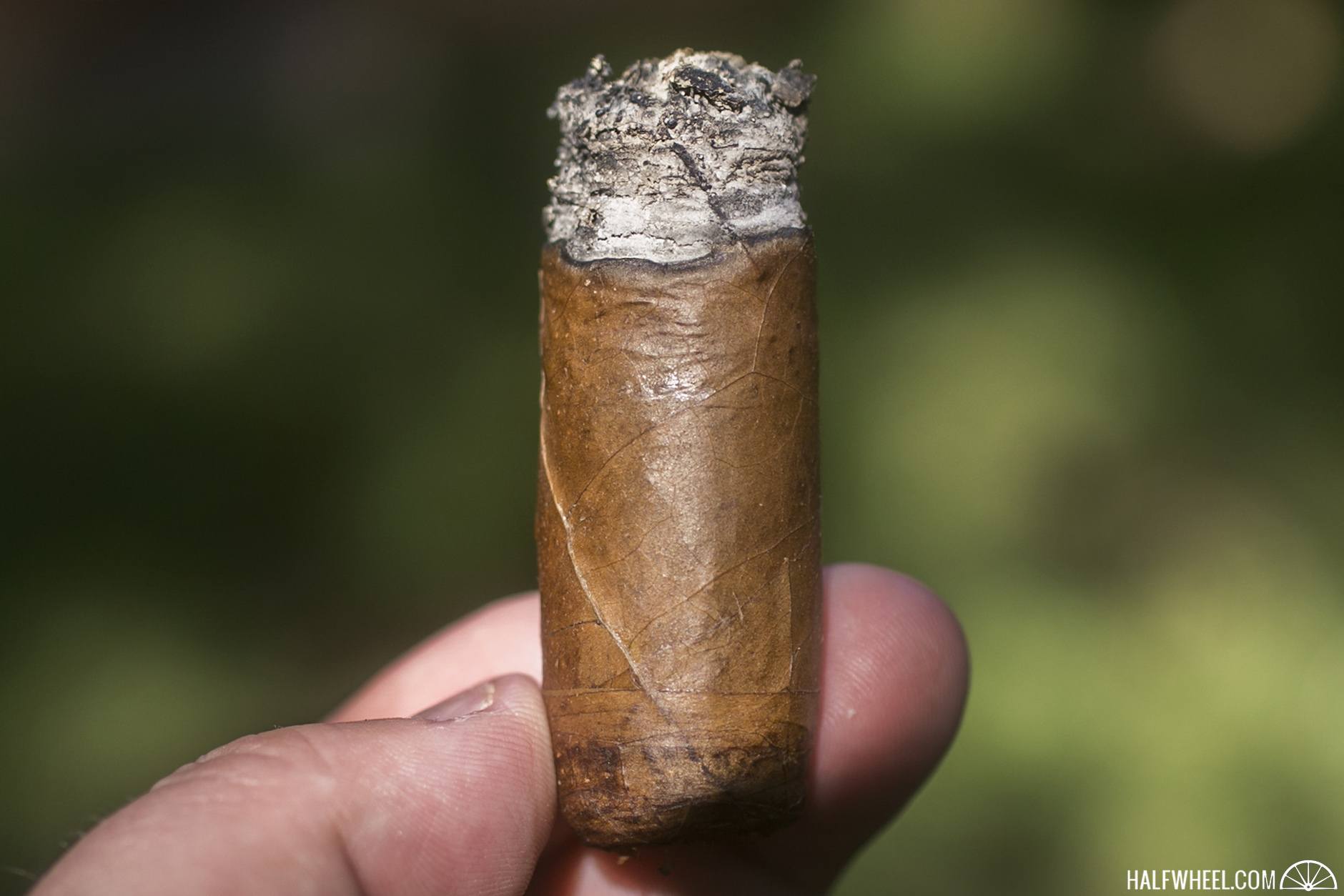 While the profile of the El Criollito Double Magnum is extremely smooth, the flavors are somewhat muted, leading to a point where I tended to get bored around the start of the final third on each sample. Having said that, it does have some good qualities: the profile is smooth and creamy, while the flavors that are present are nicely balanced with both the strength and the slight white pepper that is noticeable on the retrohale for most of the smoke. In addition, the construction was excellent overall and the price point is fantastic. In the end, ff you like medium-bodied, price conscious 6 x 60 cigars, the El Criollito Double Magnum would be very good choice to track down and try, but anyone looking for an abundance of distinct flavors will most likely be disappointed.