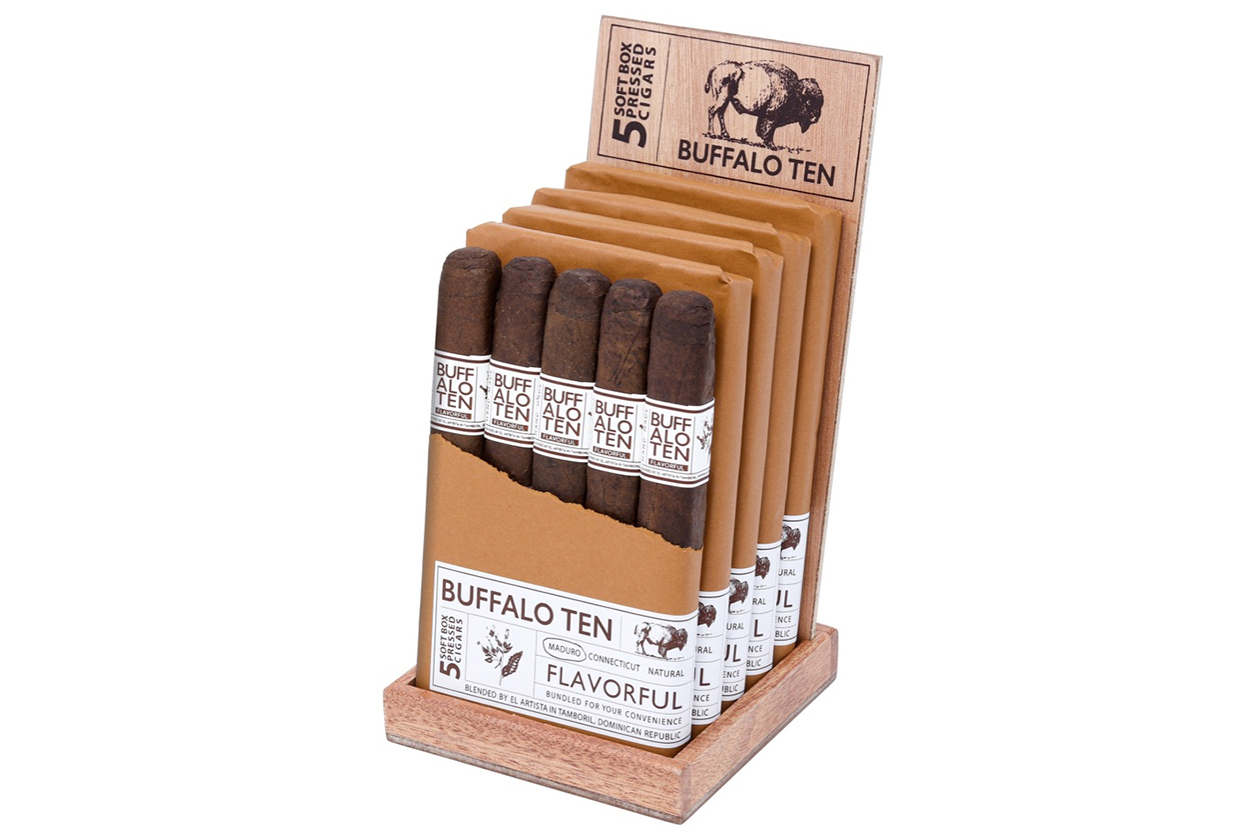 El Artista Cigars has announced Buffalo TEN, a new price-friendly line that it will debut at the upcoming IPCPR Convention & Trade Show.

The cigar comes in a single 6 x 50 toro vitola and uses a Mexican San Andrés maduro wrapper over a Dominican negrito binder and fillers from the USA and Colombia, as well as Dominican tobacco grown in El Artista’s fields, namely a T-13 hybrid leaf. The binder is also grown by El Artista.

“We feel this is the beginning of a great flagship product line for us,” said Radhames ‘Ram’ Rodriguez, president of El Artista Cigars, via a press release. “Not only does it smoke great but the whole package looks amazing. We have developed something that we feel cannot be beat.” The cigar comes with a single-stick MSRP of $4.50, while five-count paper wrapped packs are priced at $22.50. The company is also offering two display options to retailers, a wooden retail shelf that hold five of the packs, or a 40-count retail bundle tray. “We are experimenting with Buffalo TEN in terms of packaging options and a great low price point that we feel is attractive to both consumers and the brick & mortar retailer,” said Rodriguez.

“Buffalo TEN truly demonstrates the strengths of El Artista,” added Kevin Newman, director of sales & marketing, via a press release. “The factory team worked with us to source some of the best tobaccos available and integrate a few factory-exclusives for a phenomenal blend at an incredible price”.

Buffalo TEN is scheduled to begin shipping during the second week of July.