As with any really great Cuban cigar release, the Edmundo Dantes marca has a great story behind it.

The new line debuted in 2007 as a collaboration between Habanos S.A. and Max Gutmann, who is the owner of Importadora y Exportadora de Puros y Tabacos (IEPT), the importer of Habanos for Mexico. Due to trademark concerns with the Montecristo brand in Mexico, Gutmann joined up with Habanos to create the new brand named after Edmond Dantès, the protagonist in one of the French author Alexandre Dumas’ most famous books, “The Count of Monte Cristo” that was published in 1844.

Fast forward to this time last year, when the newest vitola in the line was released named the Conde Belicoso, a 5 1/2 x 52 figurado limited to a total of 6,000 boxes of 10 cigars. In addition, Bernardo Andrés, commercial director of IEPT, confirmed that this will be the final Edmundo Dantes cigar released for Mexico. 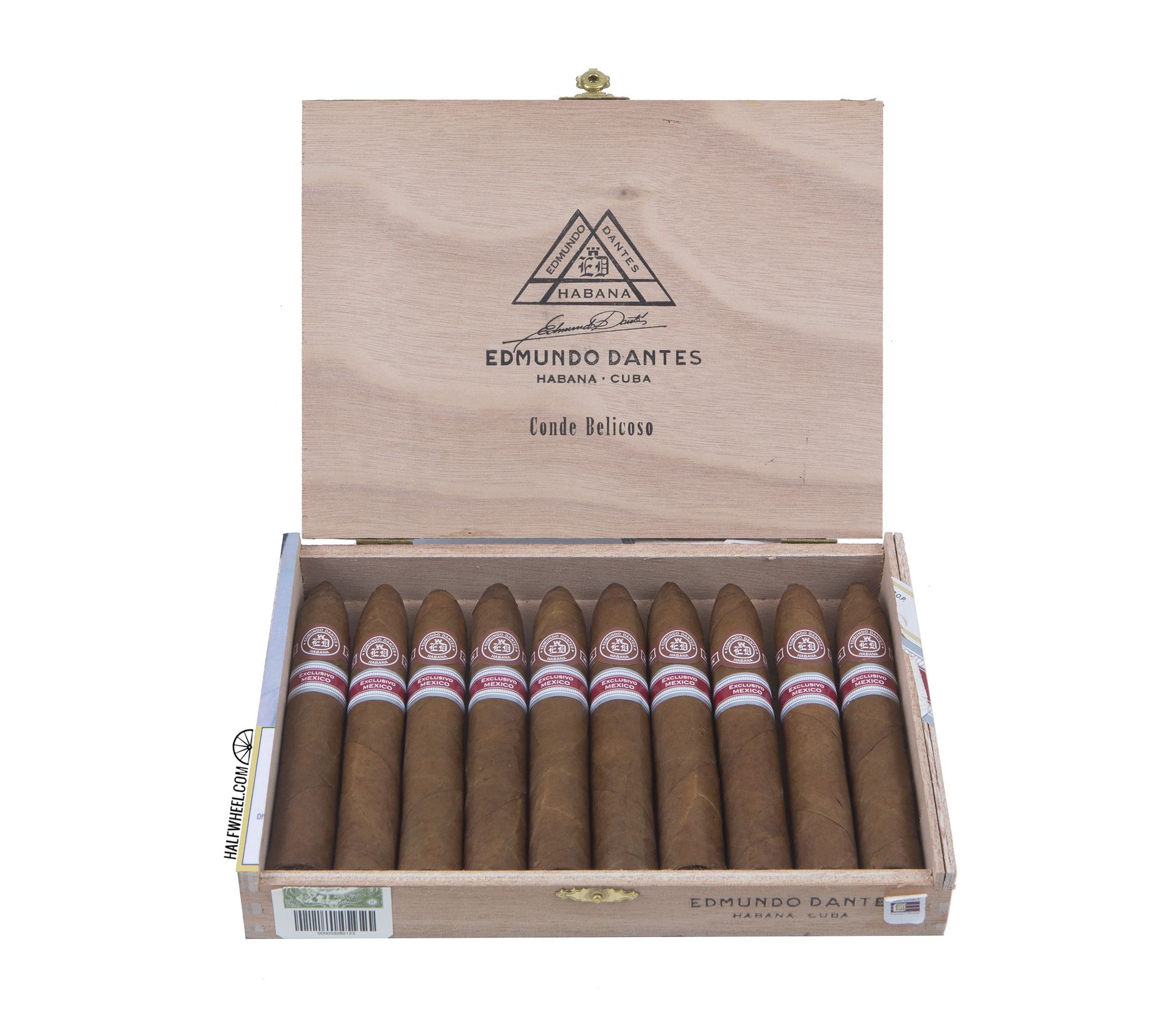 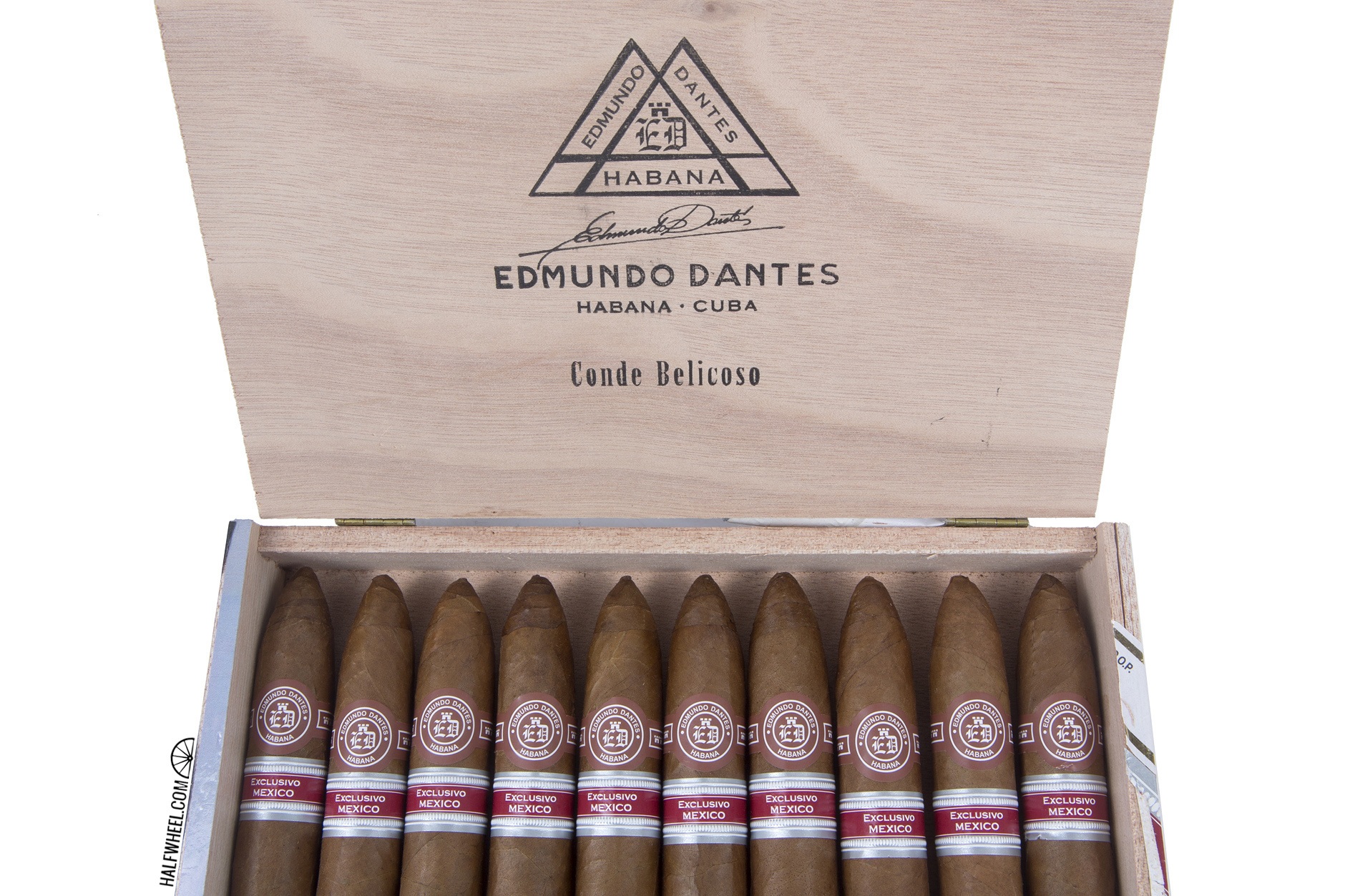 However, Andrés was not able to confirm if Habanos S.A. has any plans to start selling the marca globally. 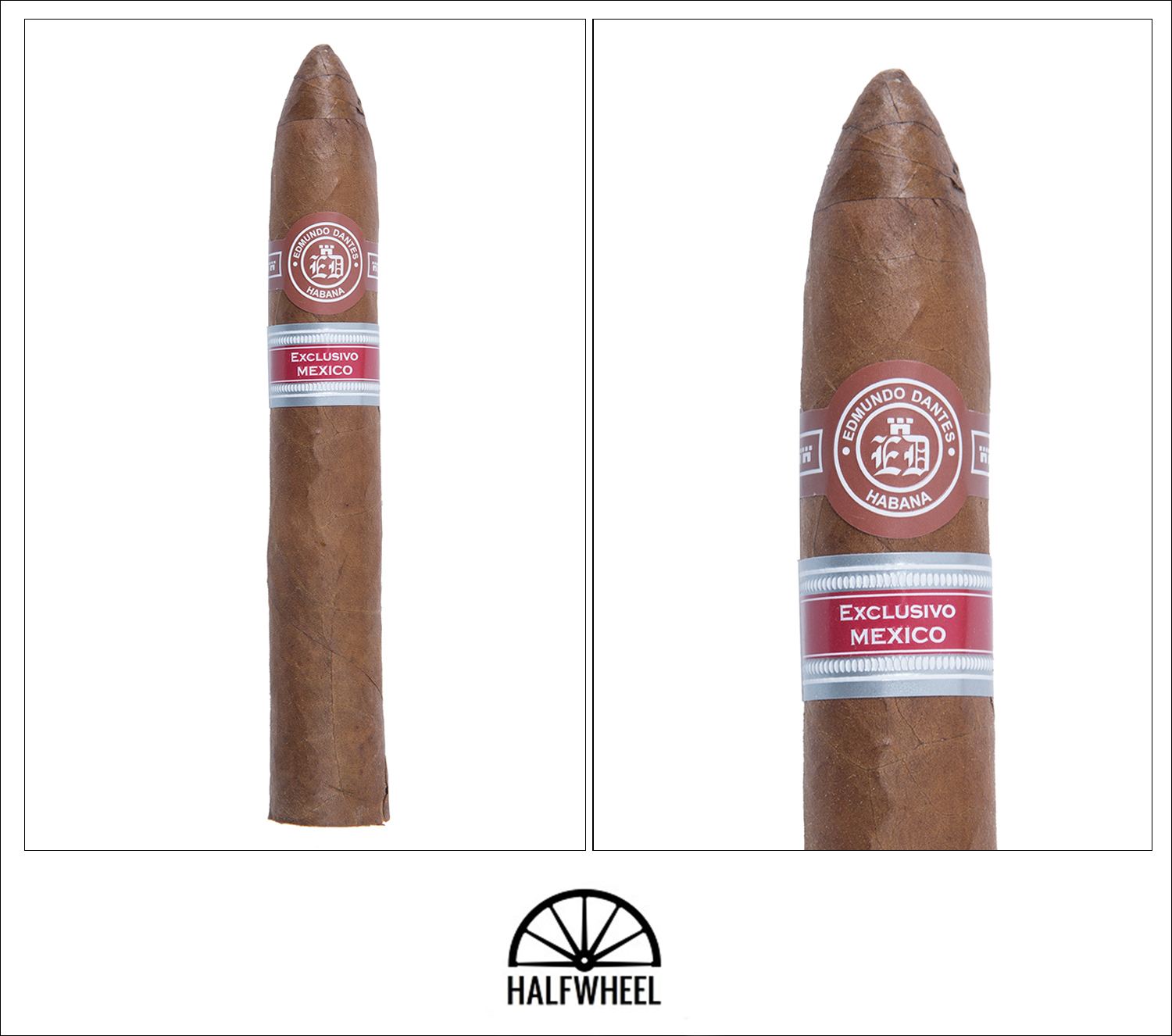 As with each of the Edmundo Dantes I have smoked in the past, the Conde Belicoso is covered in a reddish brown wrapper that features both a bit of oil as well as a bit of tooth to it. There are also quite a few veins up and down its length, and it is slightly spongy when squeezed. Aroma from the wrapper is an intoxicating combination of dark chocolate, cinnamon, hay, creamy cedar, and manure, while the cold draw brings flavors of cedar, orange citrus, white pepper, leather, fresh cut grass, and almonds.

The first third of the Edmundo Dantes Conde Belicoso Edición Regional Mexico starts off immediately with a dominant toasted almonds note, interspersed with flavors of cedar, bitter espresso, leather, earth and tart lemon. The orange citrus note from the cold draw is present in spades, but only on the retrohale, while the finish is all cedar. There is an extremely surprising amount of spice on my tongue that does not seem to be receding anytime soon and I also taste some vanilla bean sweetness on the finish, but it is not overly strong at the moment. Both the burn and draw are excellent so far after a dickman cut, while the overall strength barely hits a point halfway between mild and medium by the end of the first third. 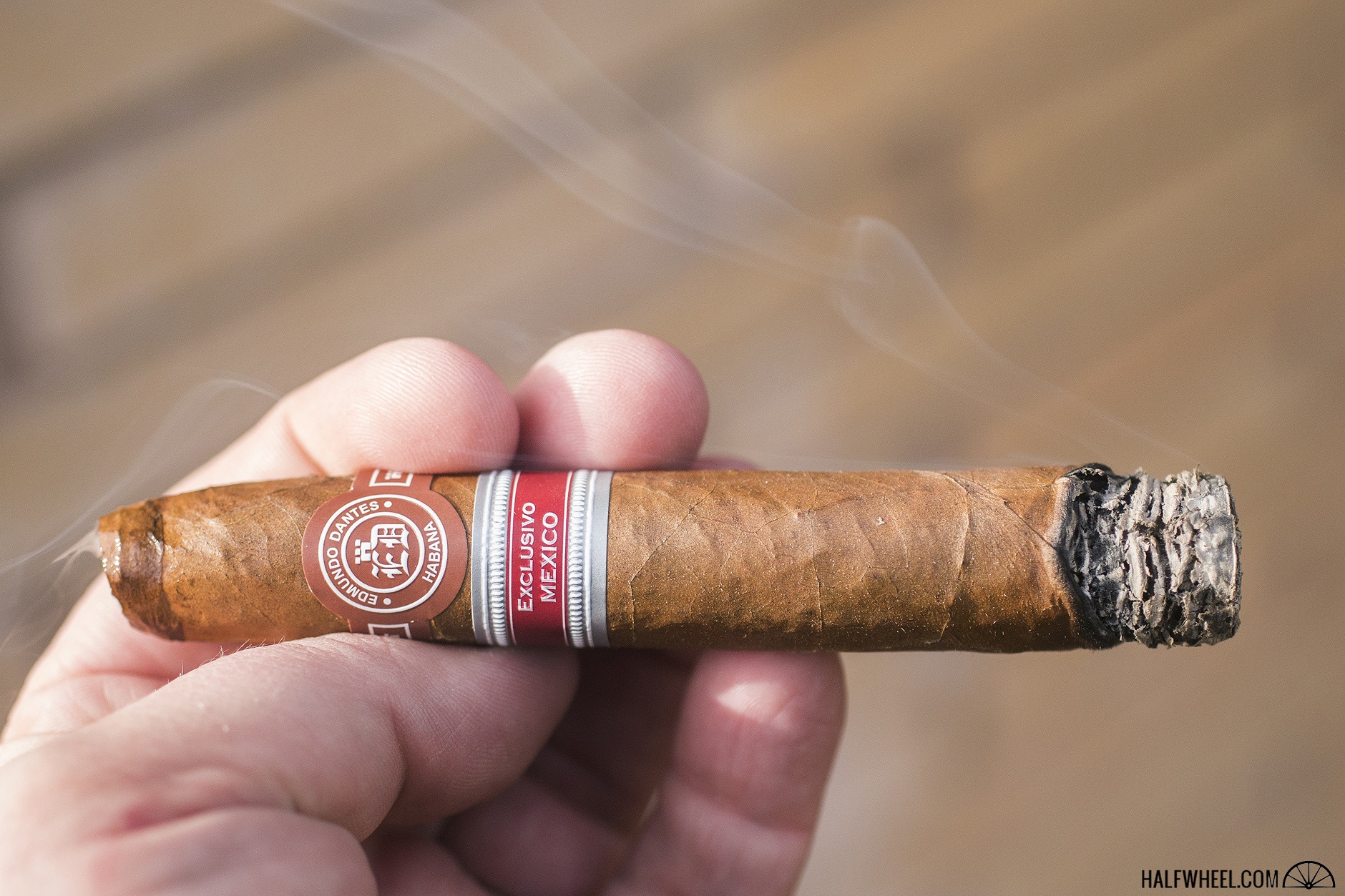 Both the creamy orange citrus and sweetness notes really pick up in the second third of the Conde Belicoso, reminding me strongly of an orange Creamsicle, while other less dominant flavors of creamy almonds, espresso beans, hay, earth and cocoa nibs flit in and out. The finish continues to be dominated by a cedar note, and it combines nicely with the spice that is still very noticeable on my tongue. Construction-wise, both the burn and draw continue to impress, while the strength comes very close to the medium mark by the time the final third begins. 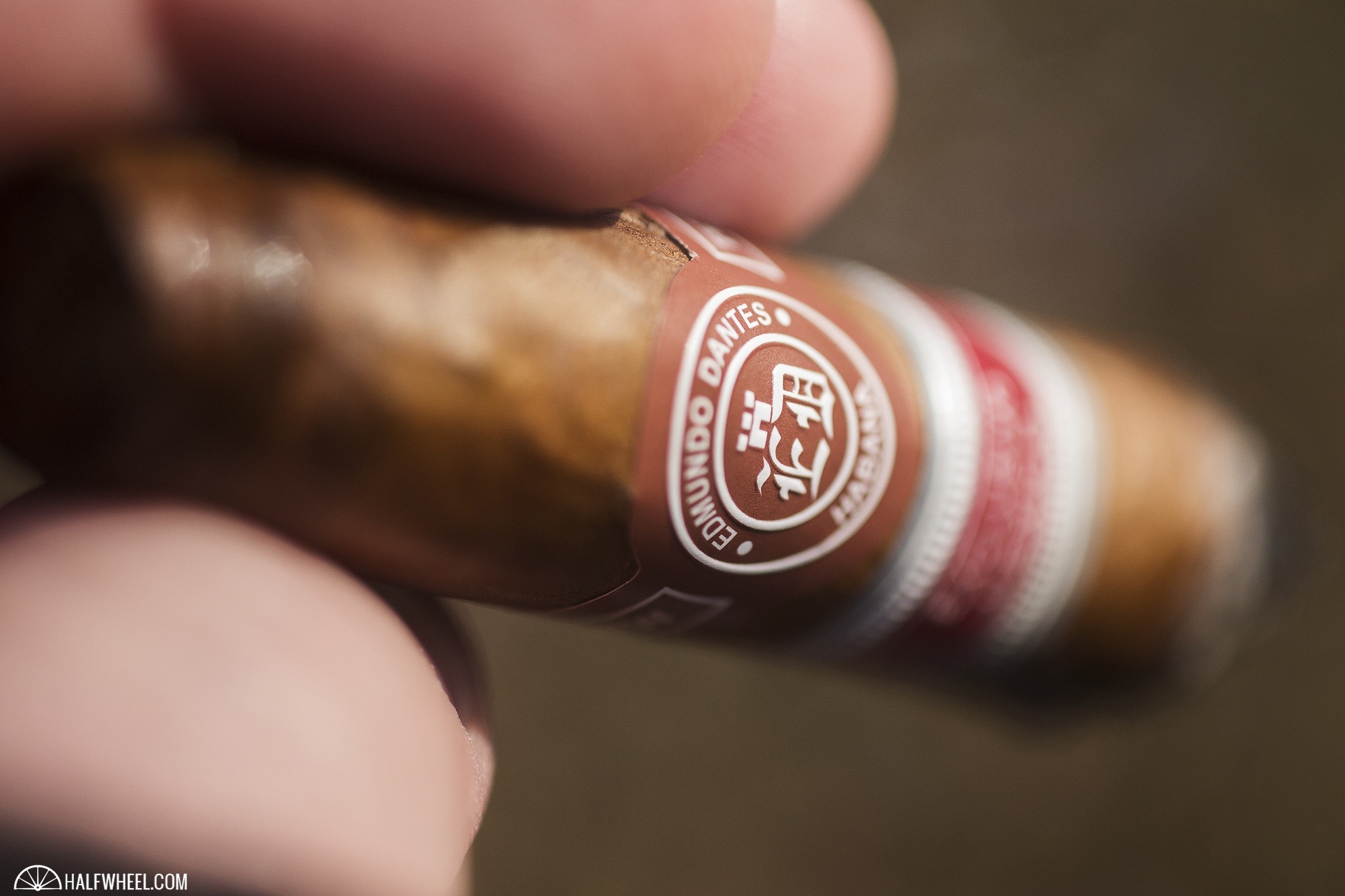 Thankfully, the spice recedes noticeably during the final third of the Edmundo Dantes Conde Belicoso and the profile takes a major shift as well, with the orange citrus waning in favor of a combination of peanuts, dried tea leaves, and distinct brown sugar sweetness. There is a bit of cedar on the finish compared to the previous two thirds, along with other flavors of milk chocolate, hay, vanilla, cinnamon, leather, earth, and cloves that come go. The smoke production has decreased a bit while both the burn and draw remain excellent until the end and the strength finally hits a point just under a solid medium by the time I put down the cigar with a bit less than an inch to go. 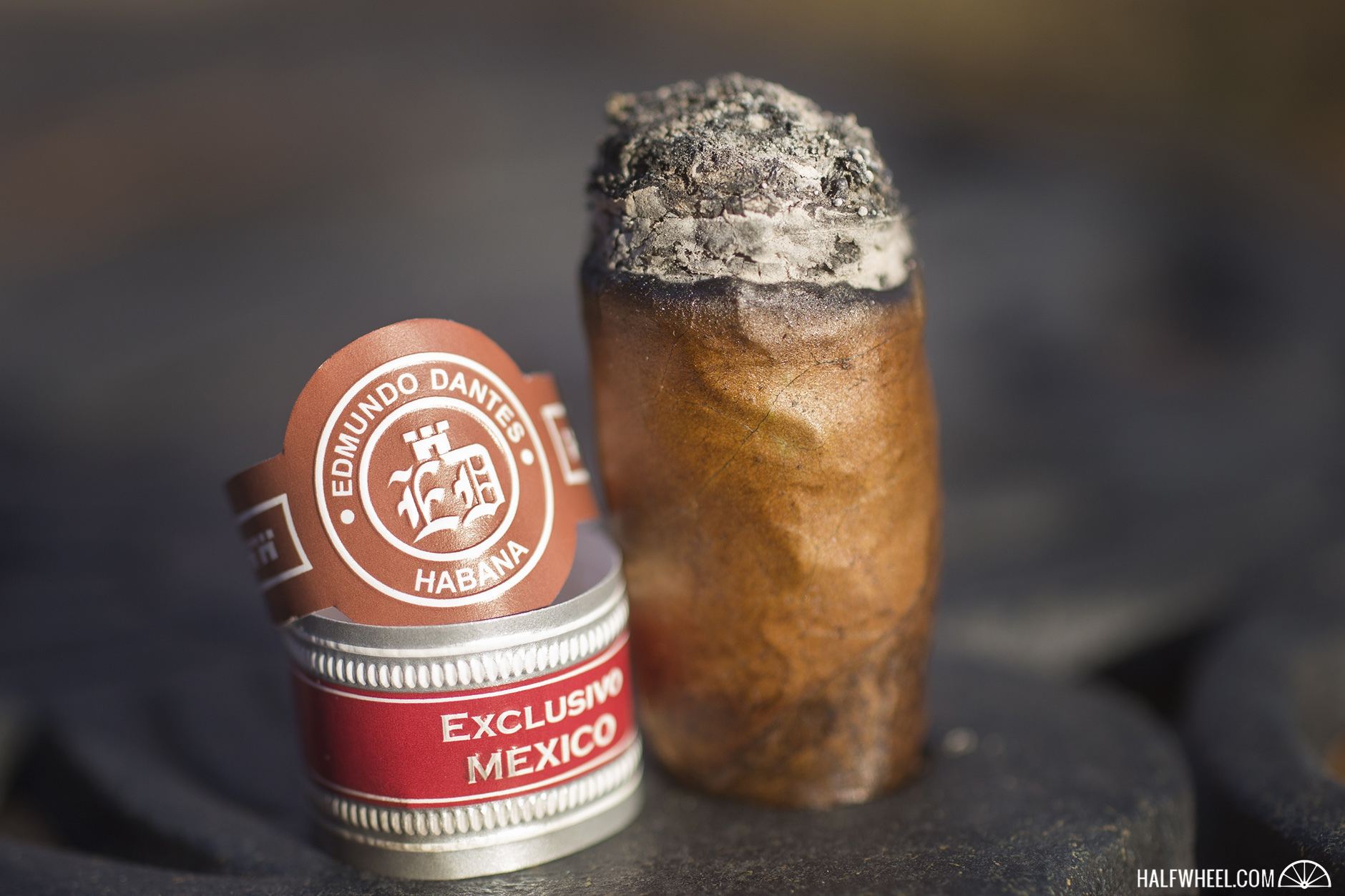 The Conde Belicoso is a very, very good cigar, but it is not yet legendary. Both the 109 and Conde 54 were excellent right off the bat, but I think a little more time and aging will really allow the spice—particularly in the first two third—and flavors to meld together, which will in turn bring the Conde Belicoso to the level of the other two Edmundo Dantes releases.