Edition One Cloud Hopper No. 53

While Kyle Gellis’ Warped booth showed off his company’s newest cigars at last year’s IPCPR Convention & Trade Show, there was an additional brand making its debut in that booth as well.

That new creation named Edition One was the brainchild of both Kyle and his younger brother Devin. To date, there has only one blend to speak of, a regular production Nicaraguan puro incorporating AGANORSA tobacco: a Nicaraguan corojo ’99 wrapper, a Nicaraguan binder and filler tobaccos that include both corojo ’99 and criollo ’98.

Kyle Gellis explained the meaning of the name Cloud Hopper in an email with halfwheel:

My younger brother Devin and I both travel a lot, we constantly share stories of our times traveling, in the air, etc. So Cloud Hopper was a term we used to describe our journeys, it was something we both share, the love of travel but sometimes travel doesn’t go as expected.

The Cloud Hopper debuted in only two vitolas:

Here is what I said in my original review back in September 2017:

There is always a demand for a good cigar blend under the $7 range, and the Cloud Hopper seems to fit the bill nicely. Starting a new brand is always a process, but there are a number of great things that jump out about the Cloud Hopper: the blend is decently complex, it features a ton of creaminess and it is very smooth. In addition, the construction was extremely good across the board, and the ever-present graham cracker sweetness was a great addition. While I would refrain from calling the Cloud Hopper a cheaper Warped cigar, some blends do share some similarities and this is well worth checking out for yourself. 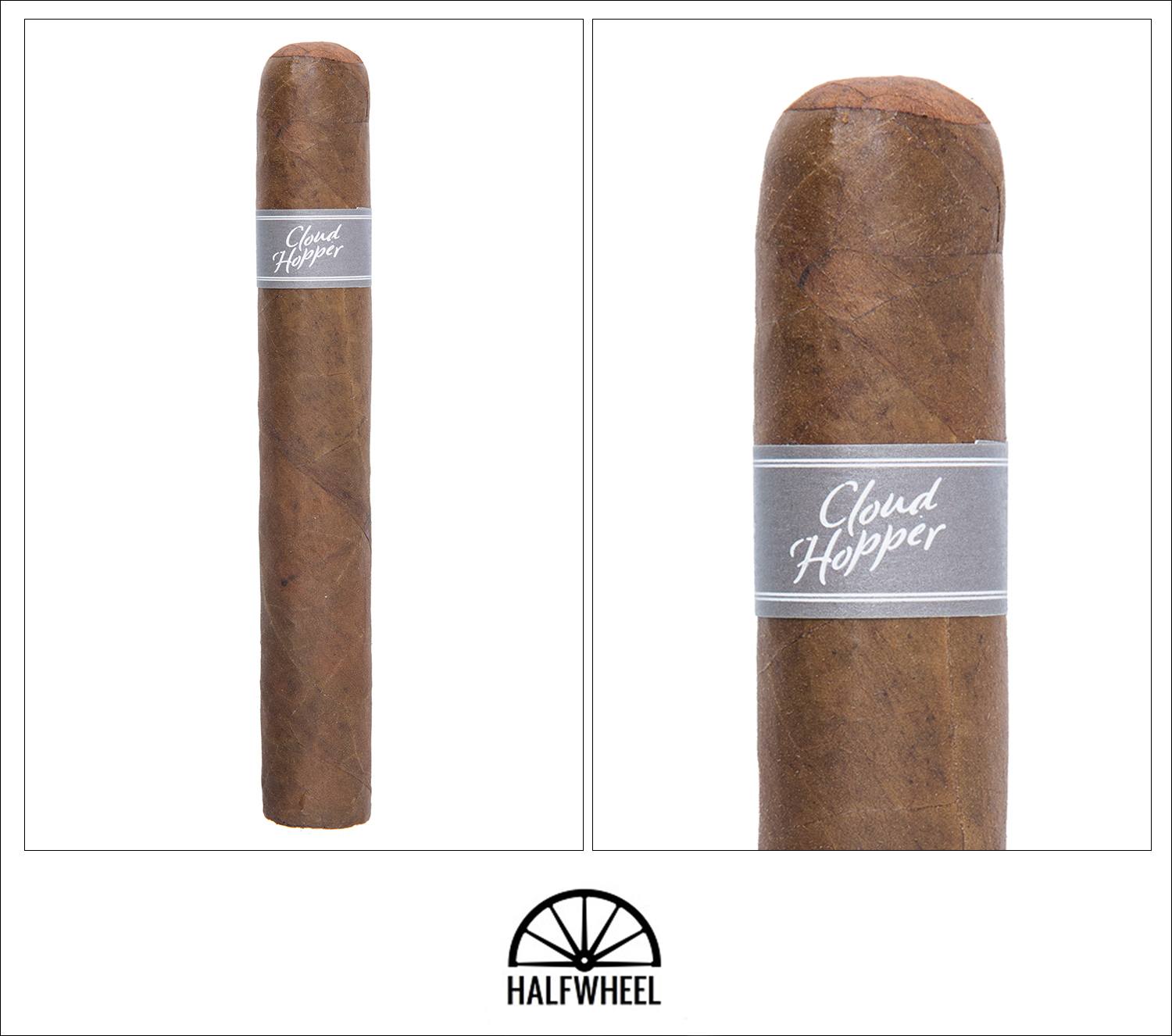 As with the first samples, the newest Edition One Cloud Hopper No. 53 is covered in a rustic, milk chocolate brown wrapper that features a bit of tooth as well as a small amount of oil. The cigar is a bit firm when squeezed—albeit quite a ways from hard—and there are a number of prominent veins running up and down its length. Aroma from the wrapper is a combination of strong oak, leather, barnyard, dark chocolate, black pepper and sweet fondant, while the cold draw brings flavors of earth, hay, oak, cinnamon, leather and slight spice on my tongue.

Immediately after lighting the foot of the Edition One Cloud Hopper, the flavors start coming hot and heavy: bitter dark chocolate, creamy oak, leather and toast, along with a little fresh hay on the finish. There is a little bit of black pepper noticeable on the retrohale along with just a touch of spice on my tongue, though neither are major players in the profile as of yet. A very nice floral sweetness is also present on the finish, a flavor that becomes quite a bit more dominant in the profile as the second third begins. Along with that note, the second half is full of the same creamy oak and bitter dark chocolate,  followed by lesser flavors of cinnamon, wheat, cocoa nibs, coffee beans and toast. The spice on my tongue disappears very shortly after the halfway mark—never to return, sadly—but the pistachio note becomes noticeable at the very end of the second third for a very short time before quickly fading away, leaving the final third as almost a carbon copy of the first third until the end of the cigar. 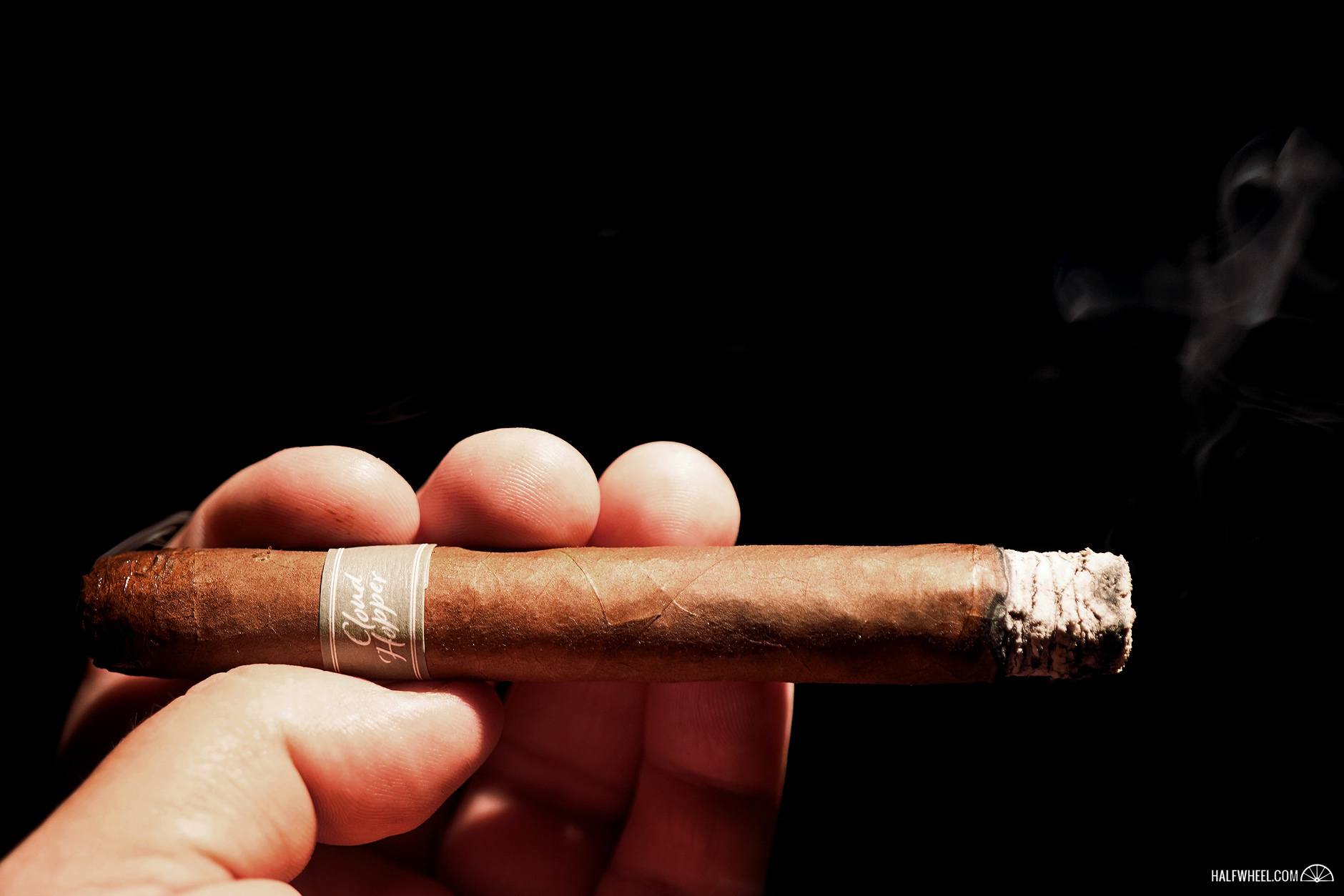 Construction-wise, the Cloud Hopper No. 53 features a burn that never needs to even be looked at, along with a draw that offers the ideal resistance for each puff after a simple straight cut. Unlike with the first review, the smoke production is a bit thin—although there seems to be plenty of it coming from the foot at any given time—while the strength hits a stronger medium right around the halfway point and stalls, seemingly content to remain there until the cigar draws to a close after one hour and 18 minutes of smoking time.

While a couple of changes in a cigar’s profile after almost a year of age is not unusual—and is even to be expected—in most cases, there are a number of similarities that can be pointed out between the reviews. Not so with the Edition One Cloud Hopper No. 53, which seems to have switched profiles complexity, going from a profile dominated by coffee beans and nuts to one made up almost entirely of dark chocolate, creamy oak and sweet floral. The overall construction is different as well, in that neither the burn nor the draw gave me any issues at from the first puff to the last. While the flavors are significantly different between the original samples and this newest one, they do have at least one thing in common: they are very good cigars and well worth tracking down, especially considering the price point.