When Caldwell Cigar Co. launched the Eastern Standard Sungrown line in 2018, it shipped four regular production vitolas and one limited edition size. That size was a 7 1/2 x 42 version of the lancero size called Magic that was offered at the IPCPR Convention & Trade Show and limited to just 200 boxes.

At the end of 2020, Caldwell decided to rerelease the Eastern Standard Sungrown Magic, this time 1,000 boxes of 20 cigars. It keeps the same blend as the regular Eastern Standard Sungrown line, using an Ecuadorian binder over Dominican and Mexican fillers. The wrapper is a hybrid Cuban-seed that is mixed with Mexican seeds and then grown in Mexico.

Each of the boxes is signed and numbered by Robert Caldwell, founder of Caldwell Cigar Co. 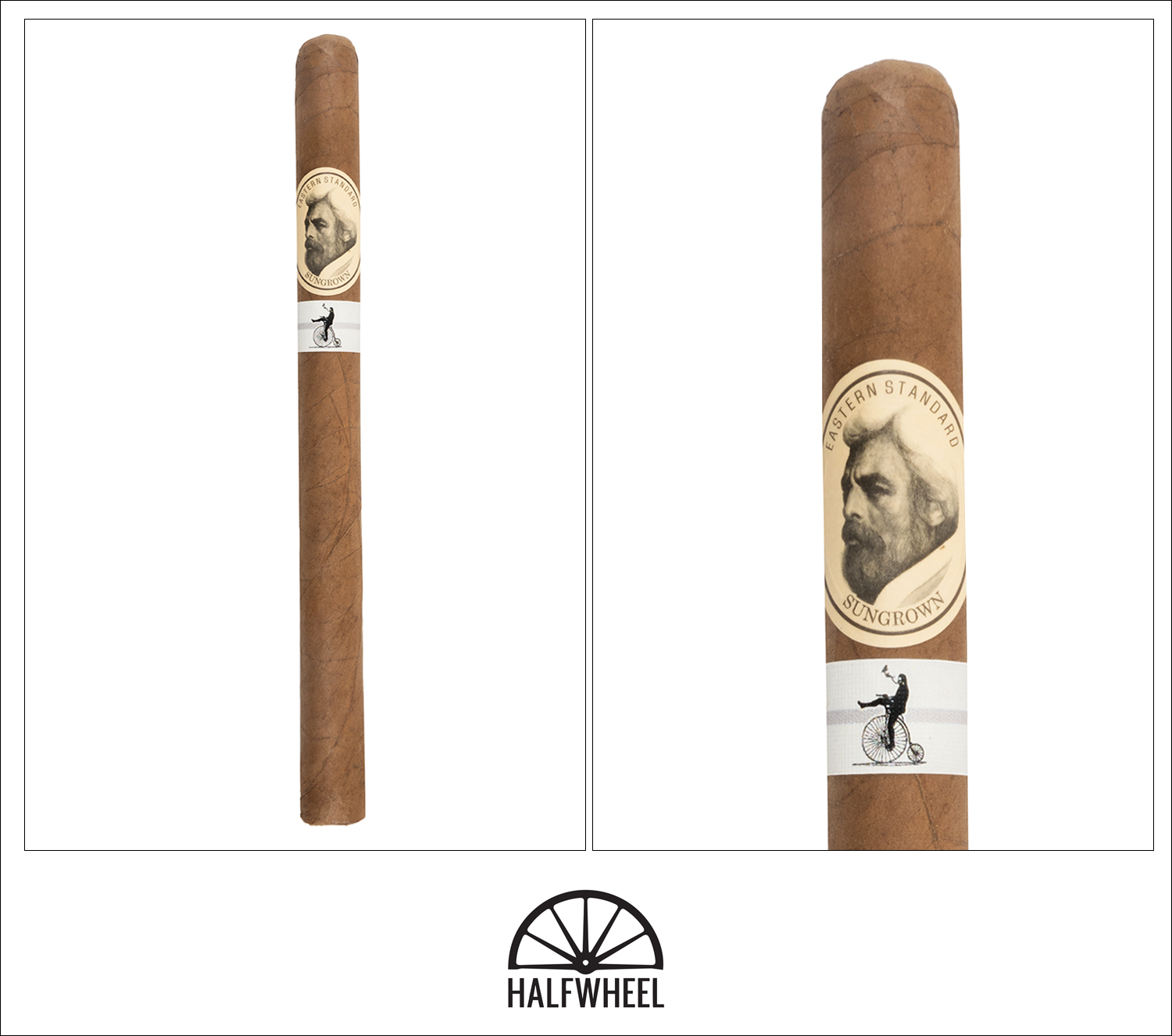 I smoke far fewer lanceros these days than I used to, but it’s still pretty clear that this isn’t a proper lancero. It’s close to a lancero—and certainly not a Churchill—but I feel some sort of obligation to point out that 42 ring gauge is not a lancero, but rather a Lonsdale, though this is on the longer end of that designation. One cigar has a cracked foot, but otherwise the cigars look fairly appetizing, or as appetizing as a cigar can be given my plans are to smoke it and not eat it. The aroma from the wrapper smells of barnyard over nuttiness and some cocoa. From the foot, I pick up a much sweeter aroma with earthiness, white pepper and a floral sensation that reminds me a bit of daffodils. The cold draw varies; two cigars have some of that daffodil flavor along with bourbon, gingerbread and a honey-like sweetness. Another has a much different profile with bitter coffee, Worsterchire sauce and some other spices.

The Eastern Standard Sungrown Magic LE 2020 begins with bitter chocolate, oak, a deep earthiness and some meaty flavors. It almost tastes like the finish of a tequila, though the meatiness is a weird touch. Two cigars are pretty similar, while a third is a mess of earthiness and harshness. Those other two cigars have a mixture of nuttiness, earthiness and oak that sits on top of some barnyard and mustard. It finishes with earthiness leading mustard, gingerbread and a bit of a metallic sensation. Retrohales lead to floral notes with nuttiness, creaminess and a bit of salt. The floral flavors continue to the finish, which also has some white pepper and earthiness. Flavor is medium-full while body and strength are both medium-plus. The cigar that had a cracked foot is the one that’s having issues, which I don’t think is related to the cracked foot. I suspect it’s more the result of the loose draw, which is causing the cigar to burn hotter and me to puff quicker in order to keep it from going out.

While the trio of flavors that defined the first third doesn’t entirely leave, about 40 percent into the cigar things have changed quite a bit. It now offers potato chips and earthiness over raspberry, dry leaves, leather and some saltiness. The finish is a bit more pedestrian with earthiness, creaminess, black pepper and saltiness. Retorhales have a floral sensation with oatmeal cookie, metallic flavors and butterscotch. The finish has pita bread, saltiness and earthiness. Flavor remains medium-full, body picks up to medium-full and strength reminds medium-plus. Construction on the two cigars that taste fine remains quite good. On the one cigar that has flavor issues, there are also construction issues. The draw remains loose and, while the burn avoids going out in the second, that’s only because I’m puffing on the cigar about twice as frequently as the other two. At some point, the Magic LE 2020 with the loose draw starts to show some signs of life. It’s still got a harshness, but it’s joined by a rich earthiness and some pistachio flavors that are enjoyable on their own, though not enough to make up for the first two thirds. Unfortunately, the other two cigars aren’t doing as well. Both of them have turned harsh, not as harsh as the third cigar had been, but noticeably harsh. Behind it is some saltiness and oatmeal. One has a bit of a white wine taste, but that might more be the reaction my moth is having to all of the flavors up until this point. There’s a very clear separation between he three: one is enjoyable, the other is okay enough to finish and the other one is bad. Flavor varies between medium and full depending on the experience, though body and strength stay somewhere north of medium. Here’s the pun. The Eastern Standard Sungrown Magic’s final third was a mysterious disappearing act on one cigar. Magic. Consistency issues are not something that comes to mind for either Caldwell or the Tabacalera William Ventura factory, but that’s the story with the three lanceros I smoked. One was excellent until the final third, one was decent throughout and another wasn’t very good until the final third. I have no idea what to make of all of that, other than that I really don’t want to smoke another and I’m not sure I’d recommend you smoking one to find out. If I could piece together the best parts of two cigars, the end result is excellent. Unfortunately, if I piece together the remaining parts of those two cigars, the end result is anything but. In the end, it’s just frustrating.