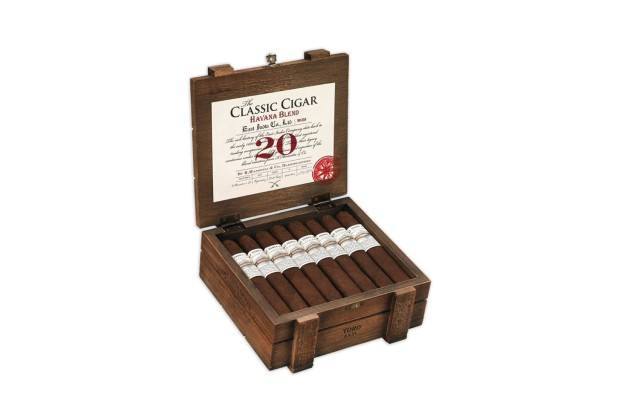 Gurkha’s East India Trading Company is getting a new addition—Classic Cigar Havana Blend. The company says it took 20 attempts to finalize the blend, which includes a Mexican San Andrés wrapper and a blend of proprietary Nicaraguan fillers.

“After a few years of searching for the right wrapper and combination of tobaccos, we created this beautiful San Andrés wrapped Nicaraguan masterpiece,” said Juan Lopez, national sales director for Gurkha, in a press release. “We are very proud to unveil it as our best creation from the East India Trading Company yet.  A cigar worthy of its name: A true Classic.”

The Classic Cigar Havana Blend is made at American Caribbean Tobacco S.A. in Estelí, Nicaragua, the same factory producing the Gurkha Royal Challenge Maduro, which also debuts at the trade show. In addition, the company will expand its Cellar Reserve line with Edición Especial.