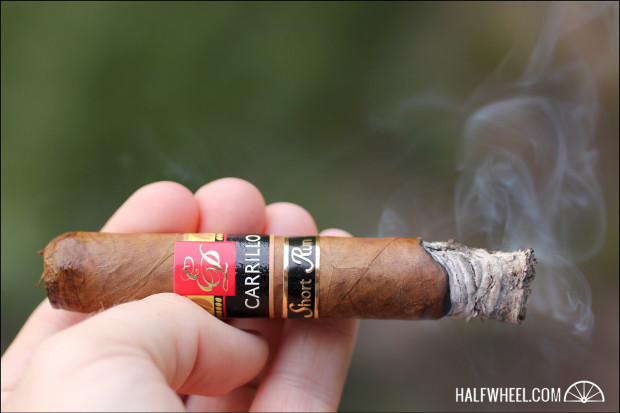 Every spring since 2010, E.P. Carrillo has released a limited edition project through which they are able to show different blends of tobacco and create unique tastes from their core lines, a project called Short Run.

In 2013, the blend incorporated an Ecuadoran Sumatra wrapper for the first time, as well as a Dominican piloto cubano leaf for the binder. While those components can be found elsewhere in the E.P. Carrillo portfolio, it was a new combination for this annual three vitola release.

This might very well be the best cigar I’ve smoked this year – it starts strong, dials itself in quickly, evolves into a distinctly mellower middle third and then reaches new heights in the final third before coming in for an overall smooth landing. There is enough strength, enough complexity and enough transitions to keep demanding cigar smokers more than satisfied and engaged, and all of this in its smallest vitola. Don’t miss the E.P. Carrillo Short Run 2013 Robusto – it’s a real winner.

While it didn’t show up on halfwheel’s Top 25 Cigars of 2013 list, it was my second favorite cigar of the year and one that I had been eagerly looking forward to reduxing, as having smoked all three sizes as part of my original review, the robusto vitola consistently showed the best expression of the tobacco, bringing all the flavors together in near-perfect balance that created a whole truly greater than the sum of its parts, and doing it with an MSRP under seven dollars.

The wrapper on the E.P. Carrillo Short Run 2013 Robusto seems like a love it or hate it leaf; it has a color that reminds me of beach wood or cactus ribs—a lighter shade of brown that just looks dry and worn, much like earth and stone that has been textured by years of natural forces. Personally, I appreciate the look, but I can see where it might not be the most visually appealing cigar in a stocked humidor. It does seem a bit lighter than I remember it and than the pictures in the original review show. The pre-light aroma is subdued, with notes of aged tobacco and wood—very similar to the notes I found when the cigar was new but diminished a bit in strength. The cold draw is firm and similar to what’s found in the nose, just with a bit more distinctive notes.

The first few notes are subdued, offering no big hits of pepper or distinctive flavor notes, choosing to build body in the first half an inch and set the stage for the flavors to be added on in subsequent puffs. The first retrohale is packed with a wood note and fills the nose, but the absence of pepper makes it quite manageable. Notes of earth and leather start to take shape and create a warm blanket of flavor undertones on quicker puffs, while the longer the smoke is allowed to sit on the tongue, the more that notes of chalk start to emerge. 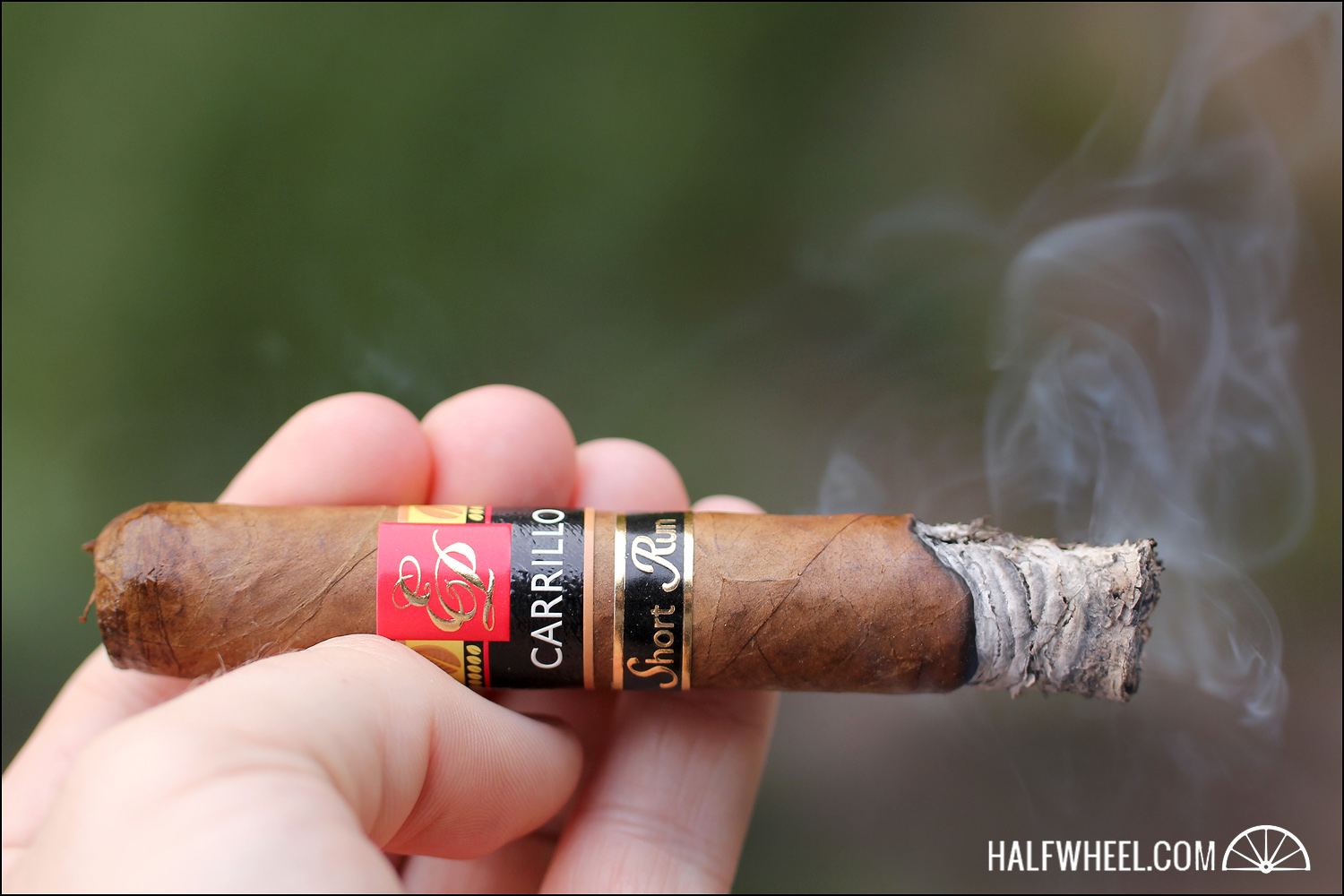 There’s a bit of a change as the E.P. Carrillo Short Run 2013 Robusto makes its way into the second half, as the retrohale offers a much more distinctive note of white pepper, the draw begins to open up and the wood, earth and leather notes become more distinctive and linger on the palate longer. The flavors aren’t quite as sharp as I recall when the cigar was younger, and the leather struggles at times to stand up and stick out, but when it does it creates a very agreeable flavor. The final inches see the flavor sharpen up even more, with the wood becoming brighter and bolder, though the smoke becomes just a bit hotter and derails the progression in the closing puffs.

I still maintain that the E.P. Carrillo Short Run 2013 Robusto was one of the best cigars that I smoked in 2013, though it seems that much of that came because of its relative youth. After seven months of slumber in the humidor, the flavors come across much more subdued and less distinctive, at least in the first half, and while the transitions were still good, they weren't as choreographed as they had been when I first smoked this cigar. The second half does an admirable job of conjuring up the fond memories I have of the cigar from when I first smoked it, but enough has changed that it ultimately falls short in comparison. Thankfully it doesn't take away from the great memories I have of the cigar, and while today it is still a very enjoyable cigar and one that earns a recommendation, I'm certainly not a fan of what time has done to the Short Run 2013's character.