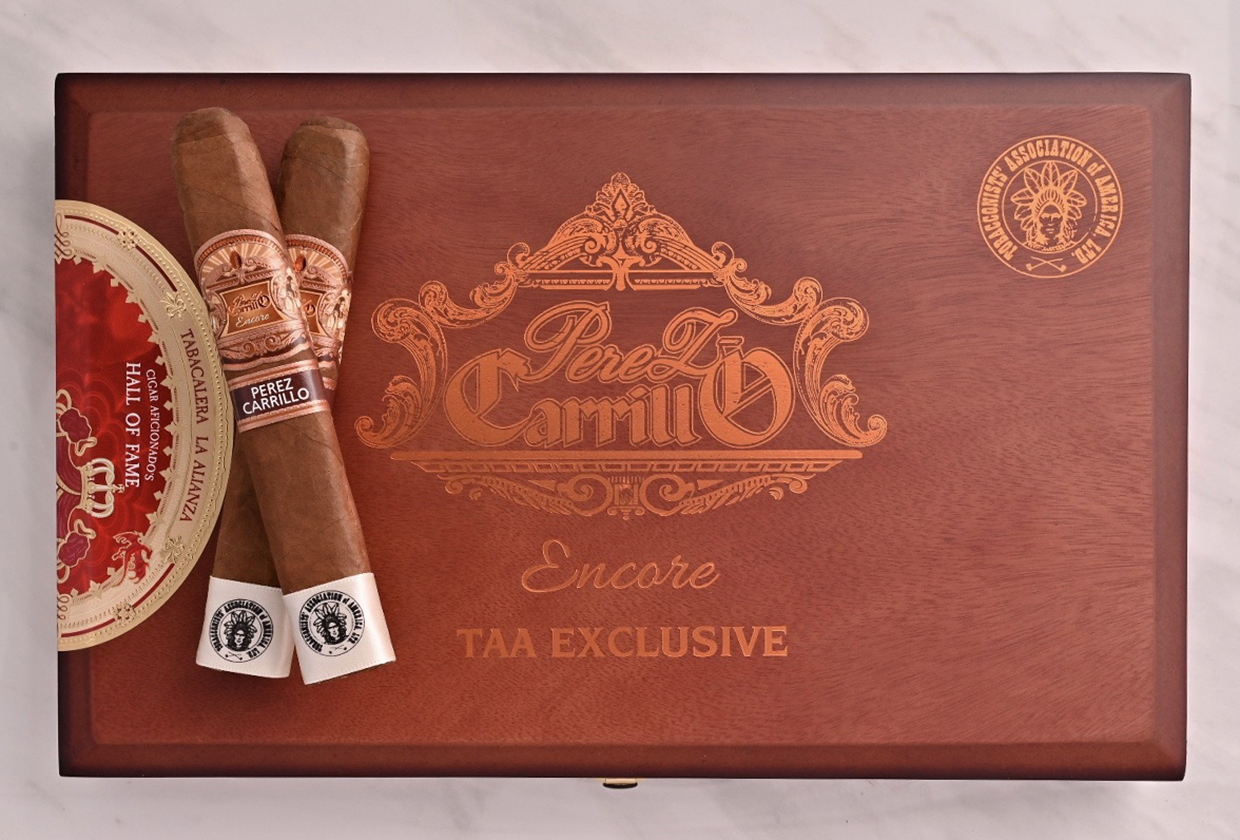 E.P. Carrillo has begun shipping its contribution to the 2020 group of TAA exclusive cigars, the Encore 656.

As the name implies, the cigar is a 6 x 56 toro gordo version of the Encore blend, a Nicaraguan puro that includes some tobaccos aged using tercios, an old school method of placing tobacco in bundles and then wrapping them with leaves from the royal palm tree. The cigars are made at Tabacalera La Alianza in the Dominican Republic.

It’s a limited release, with just 750 boxes of 10 cigars heading to the members of the Tobacconists’ Association of America, a group of about 80 retailers representing approximately 240 stores across the country. Pricing is set at $13.25 per cigar.

Each year the TAA meets in late winter or early spring to discuss industry issues, network and host a group buying event. The organization also includes approximately 40 cigar manufacturers, some of whom offer exclusive cigars to the group, from new and exclusive sizes of existing lines, to completely new blends or early access to new lines coming to market.

In 2020, a total of 14 manufacturers created new cigars for the group:

In addition to producing its own cigar for the TAA this year, E.P. Carrillo’s Tabacalera La Alianza also made Villiger’s TAA 2020 Exclusive and Crowned Heads’s The Lost Angel.