It seems not that long ago that Ernesto Perez-Carrillo, Jr. returned to the cigar business with his eponymously named company, debuting with a limited edition that was quickly followed up by the cigar that is known simply as the E.P. Carrillo Core Line. Some six years later, the E.P. Carrillo catalog has grown to 13 regular production lines and a handful of limited editions and annual series, a tremendous amount of growth for the company.

The wrapper for this cigar is one that Perez-Carrillo talked about over several conversations with us during the 2015 IPCPR Convention & Trade Show. While you’ll recognize it as being a Mexican San Andrés leaf, he added that it is a subido, a term used for the middle level of classification of leaves. He said that it’s a bit thinner than the other two designations and that it offers a distinct color and sweetness that the other two simply don’t. E.P. Carrillo has made some dark cigars in his career, and this is certainly among some of the darker I can remember. The wrapper is an incredible shade, making me think of damp, nutrient rich soil, as calling it chocolate seems to miss the mark just a bit. It’s made even darker by the primarily black bands, and the combination form a background from which the gold and red in the bands can really pop. It’s a textured top leaf with a lot of tooth and a subtle oily sheen; it’s not an overly veiny leaf but what it does have blends in due to their dark color and fairly flat appearance. From the foot there are aromas of sweet woods, subtle berry sweetness and a bit of toast, with a touch of pepper sprinkled on for good measure. The cold draw is just on the firm side and has a subtle beef jerky note with a bit of sugary sweetness providing a familiar and softening taste with no notable spice or pepper.

The draw on the first cigar is just tight enough that it feels like a bit of work is needed to get the cigar burning evenly and as such I find myself focusing more on that than the flavors that the EPC Selección Oscuro is offering, which are predominantly earthy with a bit of deep berry sweetness out of the gate, with the second cigar offering a bit more pepper in the early goings. A bit of old, rustic wood shows up, almost like fence boards that take the flavor a bit off the path I was hoping it might be headed down, though it’s not a bad flavor by any means. The cigar burns at a respectable rate and once the first clump of ash breaks off about 20 minutes and just under an inch in, I begin to get more pepper up front both on the palate and in the nose, which the overall flavor starts to come out of its shell. 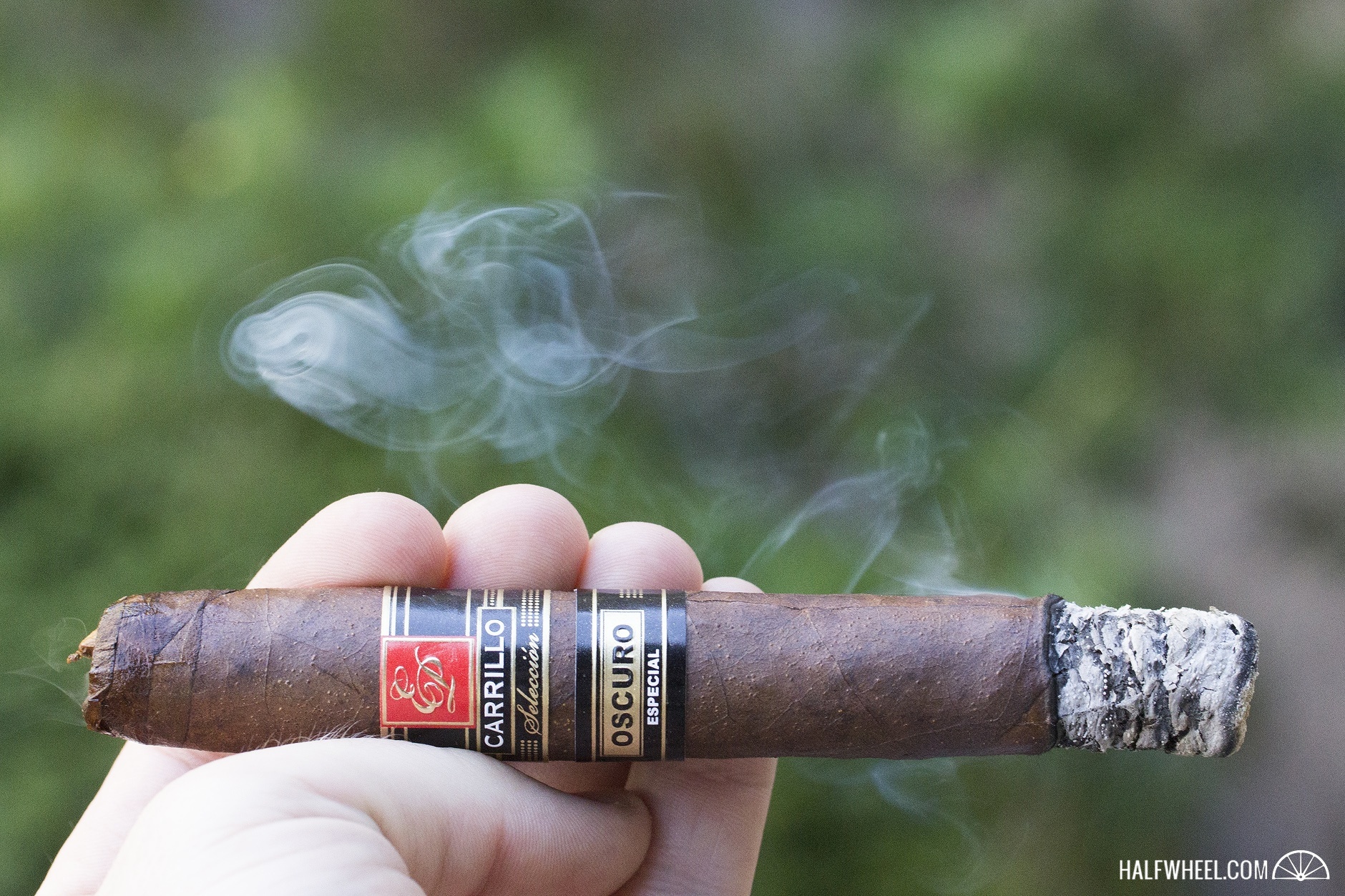 While there hasn’t been much development in the sweetness component of the Selección Oscuro, the earth and pepper continue to shift and evolve with every couple of puffs, while that note of dry wood lingers around into the start of the second third and affects the flavor as you might expect. There are a few spots just before the midpoint where the pepper and earth come together in incredible complexity and balance, almost running the gamut as far as what you would expect to taste from the blend, with sweetness the only thing missing from the mix. The pepper works up to becoming very prominent but shy of full or overpowering by the midpoint, while the earth note gets deeper and a bit heavier but never weighs down the overall blend. While there’s a fair amount going on in the flavor department, the finish seems to be a bit on the short side, quickly dissipating from the palate with just a lingering bit of the smoky aroma left in the nose. One more retrohale shows just how far the pepper has come from where it started, as it is much fuller but still very clean and bright. 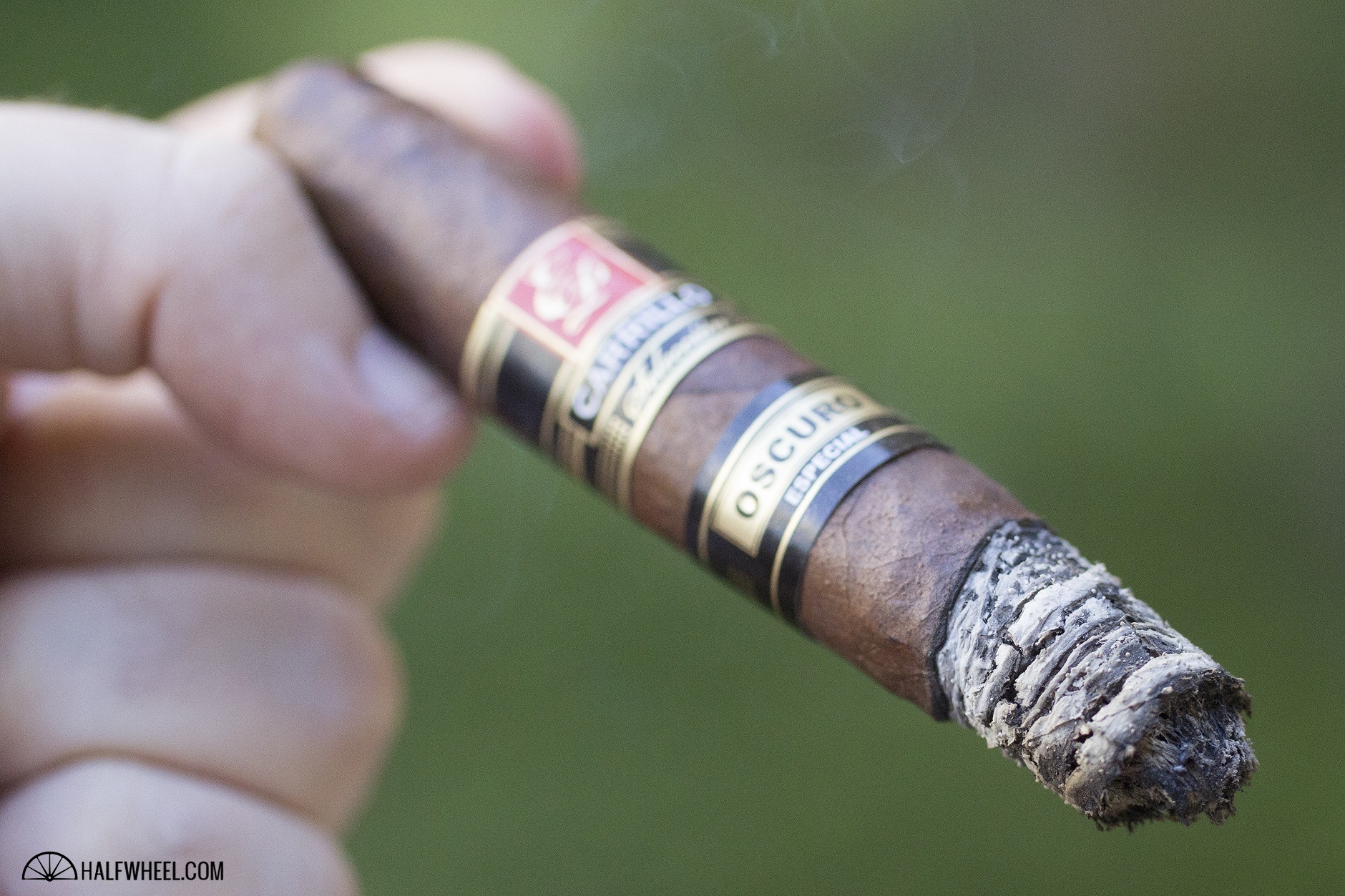 The draw has stayed on the firm side throughout the first two thirds of the first cigar and doesn’t appear to be loosening up with the final third beginning; it’s not a major drawback and doesn’t distract, though it does creep up as a minor annoyance from time to time. Thankfully the second is much better calibrated and makes the Selección Oscuro much more pleasurable to smoke. While the pepper remains a significant component of the flavor, the earthiness and dry soil has moved into the forefront, with a bit of rockiness coming in as well, something fans of San Andrés leaf—myself being one—should find to be quite flavorful. It is a bit rough on the palate, but in the best sense of the word, as there’s really nothing in the blend to soften those flavors at all. The burn line remains impressively sharp and even, with the ash holding on easily for an inch or so at a time. The final two inches continue down the earthy and peppery path that the Selección Oscuro has been on nearly since the beginning, burning down as far as I want to take it. 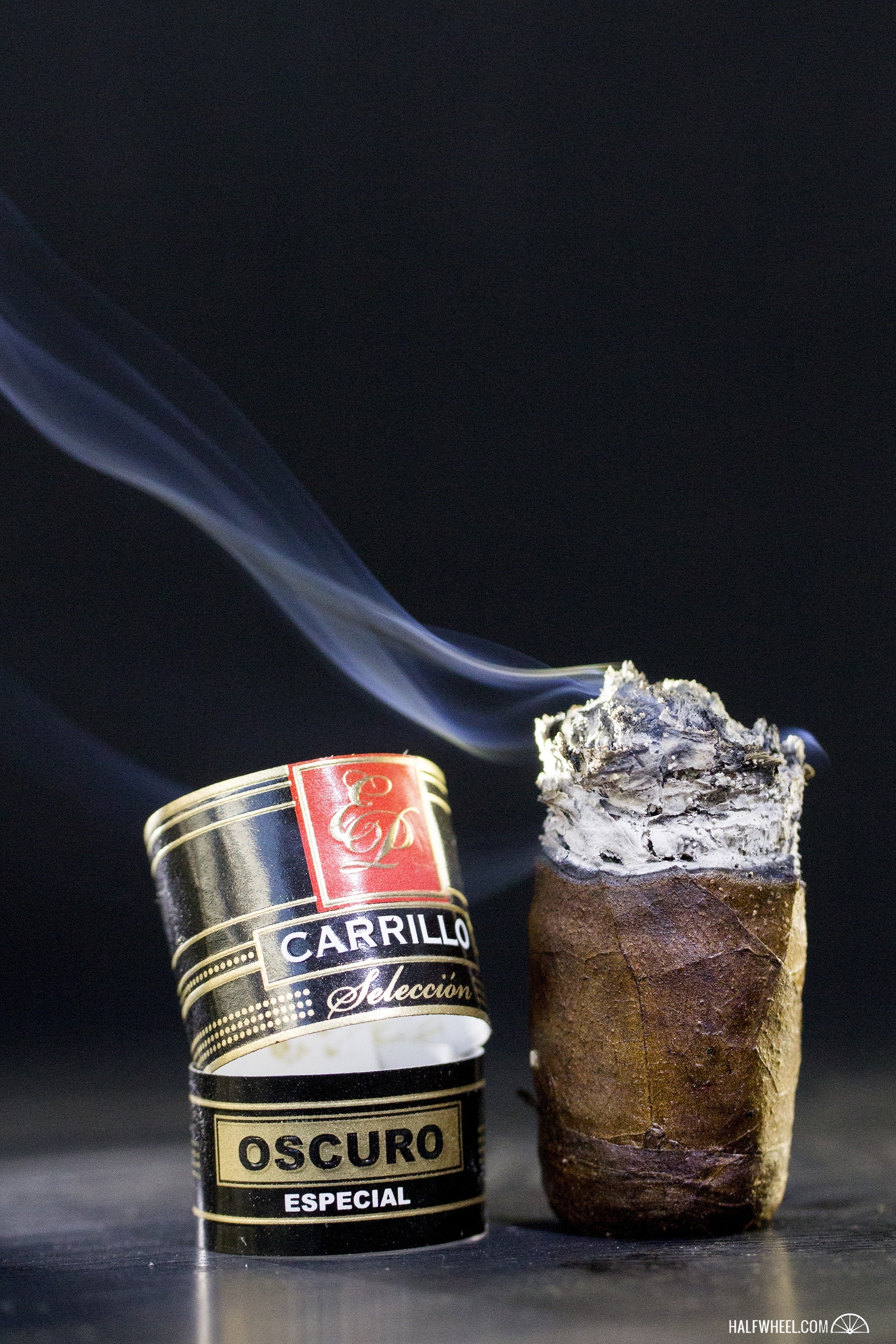 Fans of San Andrés tobacco should be feeling pretty excited by now, as the E.P. Carrillo Selección Oscuro showcases a lot to like about the leaf: earth, pepper, and an overall dry profile that does a good job capturing the terroir of the land. While the sweetness really never materialized, it didn't seem to throw the overall flavor profile off, and I'm hopeful that I might find it on future cigars, as this is almost certainly a cigar I will be revisiting when it hits store shelves.