At the 2016 IPCPR Convention & Trade Show, E.P. Carrillo essentially blew up its portfolio.

Sure, some might suggest it “thoroughly revamped” or “evolved” its cigar offerings, but in my seven years of covering the cigar industry, I’ve never seen a company take a more radical change to its portfolio of cigars than what E.P. Carrillo did this July.

The box score reads something along the lines of: nine new lines, including 12 new blends; four lines—Cardinal, Core Line,  and New Wave Reserva updated with new blends; INCH received a packaging update as well as a new Colorado blend; and four discontinuations. In short, every cigar the company sold prior to July was changed in at least some major fashion with the exception of La Historia, which simply was classified into the new Family Series.

There are five series, or divisions, which the company divided up into a pyramid. 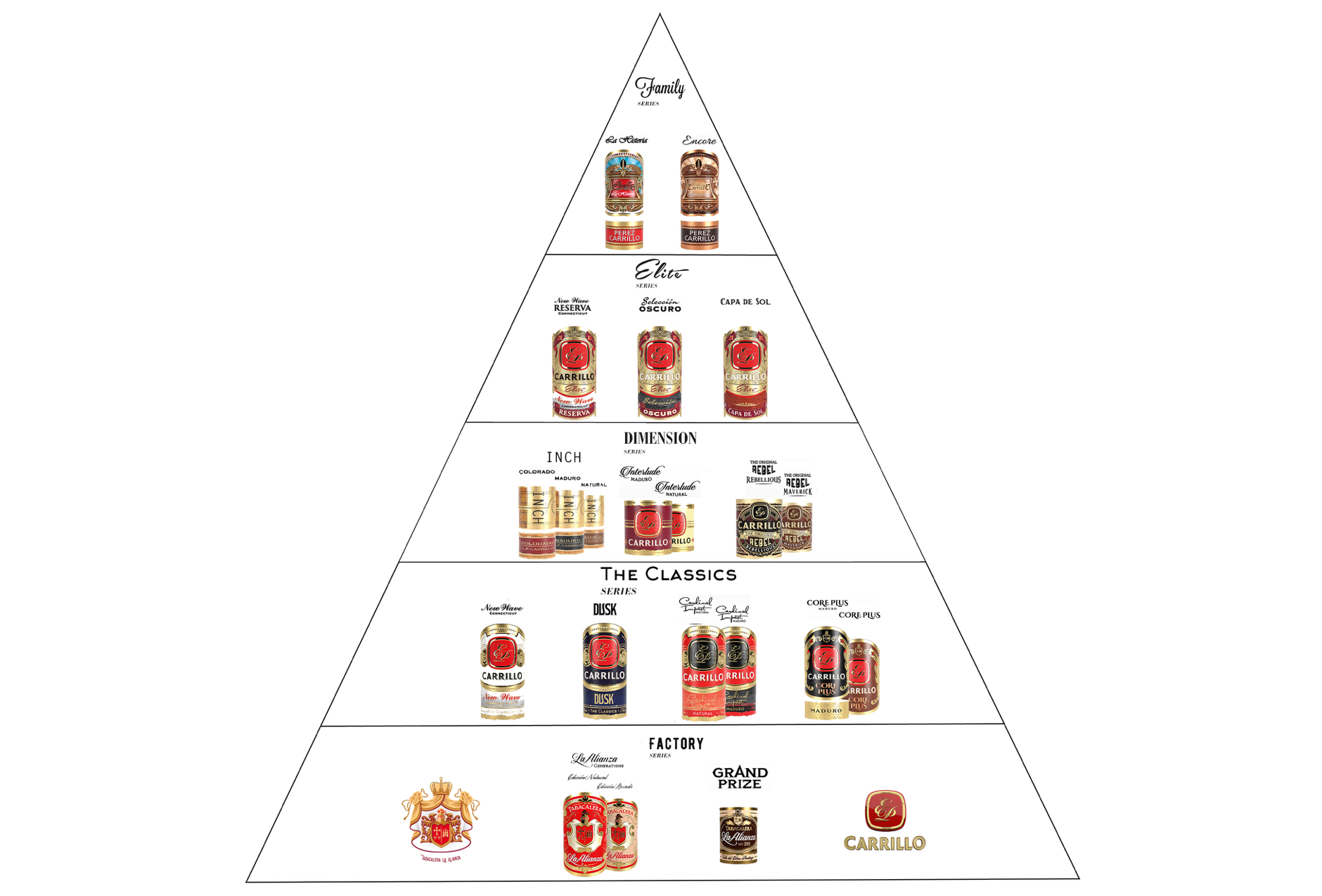 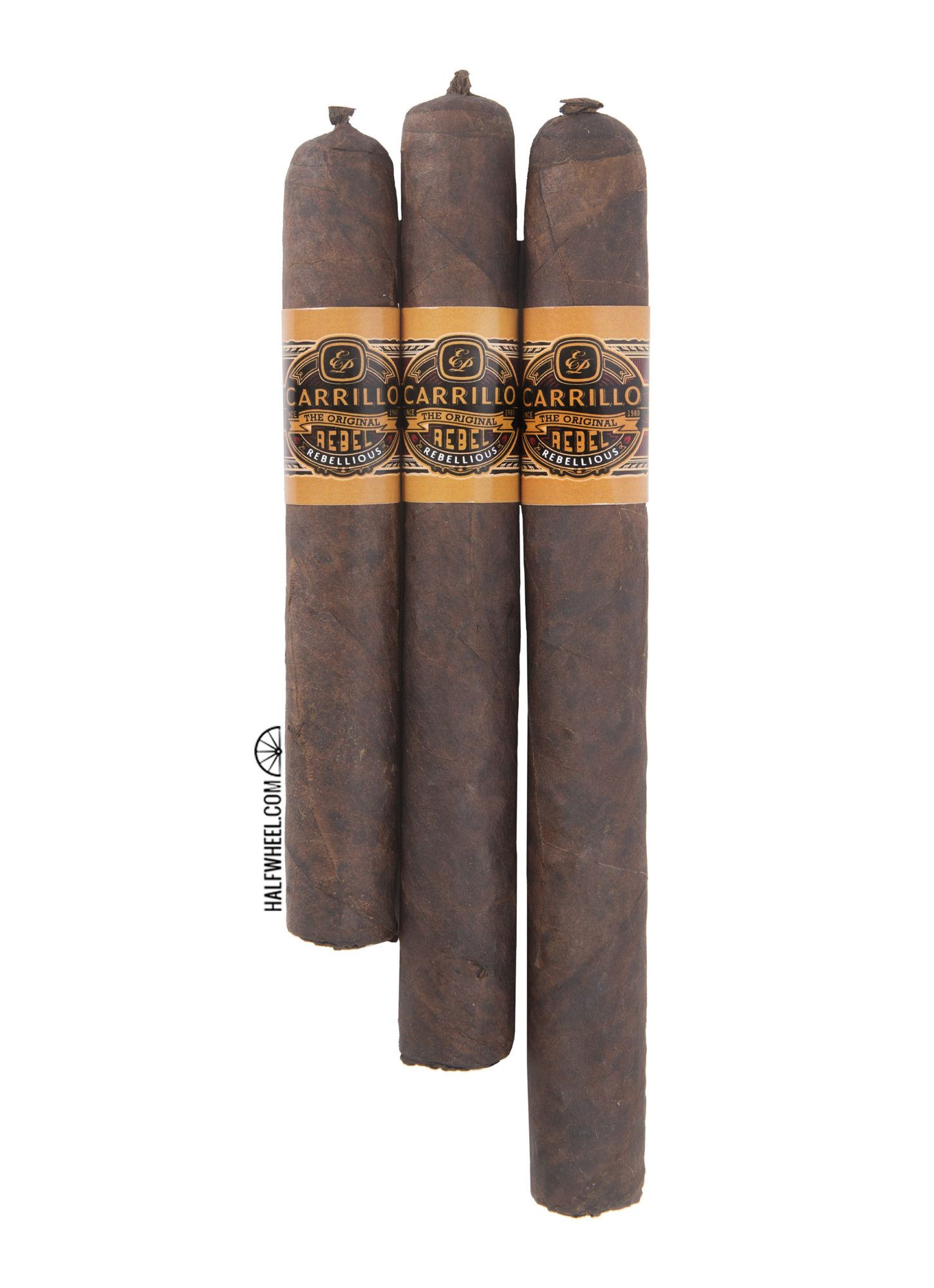 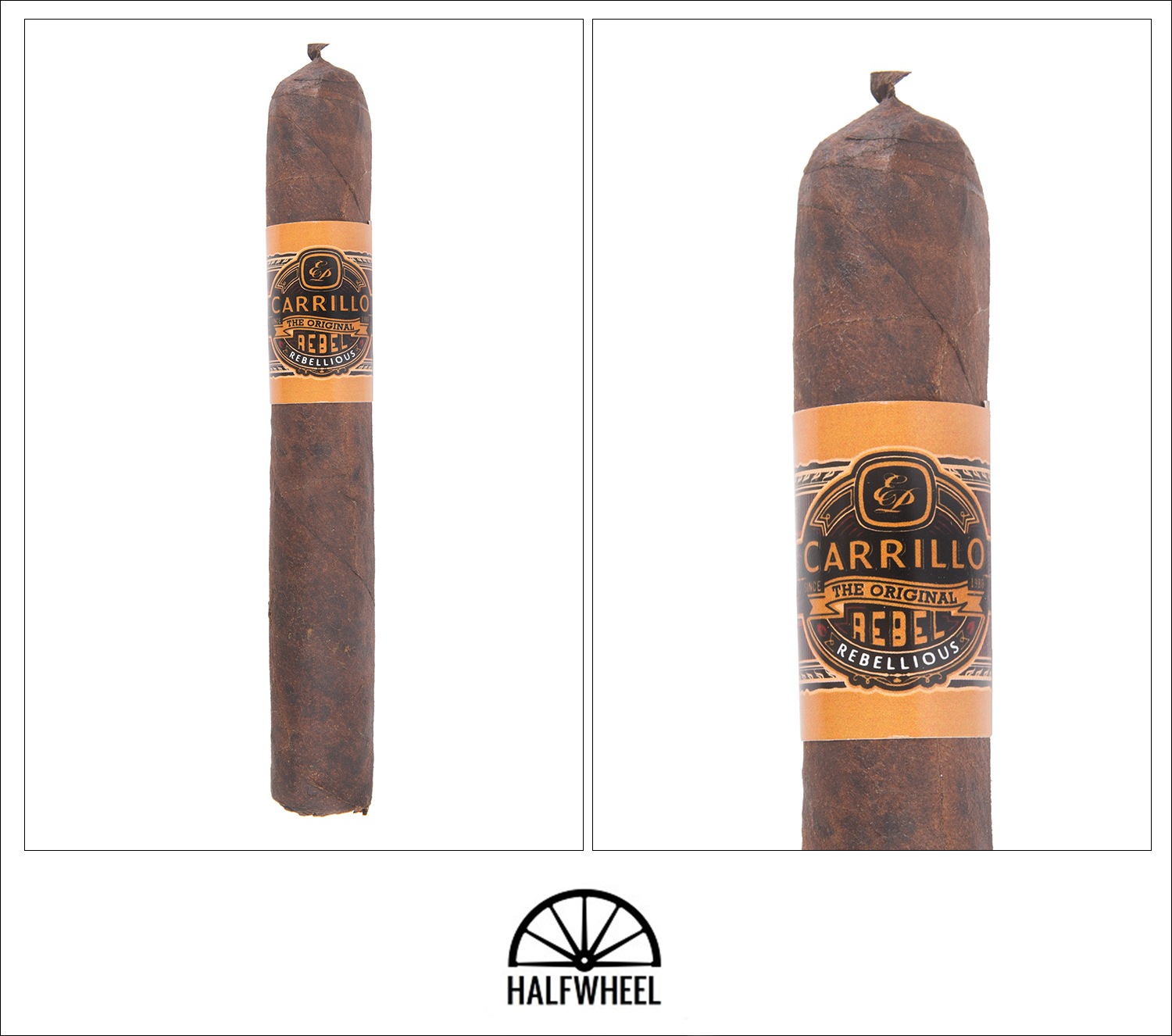 The Connecticut broadleaf wrapper is predictably dark with a bit more purple than the average Connecticut broadleaf wrapper. Aroma off the wrapper has a ton of barnyard with leather and some cocoa, though it’s rather mild. The foot is much sweeter and more detailed: hot chocolate, orange creamsicle and some pasta around the medium level. That level of detail extends to the cold draw, which features cocoa, a blueberry muffin, peach jam, mosaic hops and some spicy chilis.

It begins toasty with some burnt popcorn, a steak-like meatiness and some pepper. On one sample there’s a very sharp pepper running through the center tip of the tongue and another has a cap that is falling apart, but overall, it’s a good start from the E.P. Carrillo Original Rebel Rebellious 54. The first third adds complexity pretty quickly with lemon cracker, manure, some mild woods and some sourness unrelated to the lemon. The burn is very slow, a decent sign of heavy tobaccos, though the strength isn’t that strong, somewhere around medium-plus. 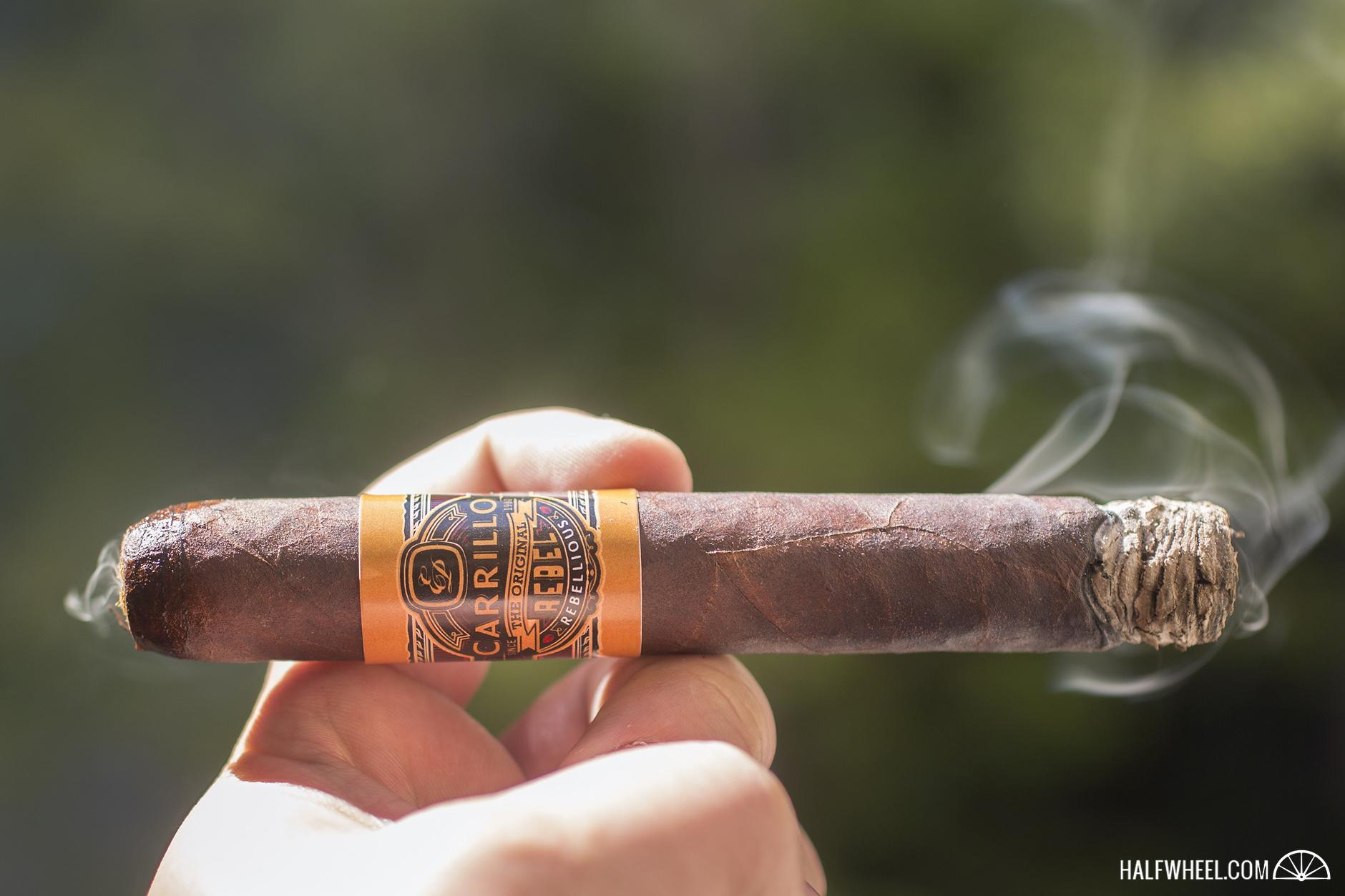 The second third turns earthier with the barnyard notes remaining, now joined by some more generic breads, a mild cinnamon and charcoal. There’s a lot of typical broadleaf flavors on the finish—a mixture of earth and sweetness—alongside some charcoal, sawdust, creaminess and a Sprite-like sweetness. The construction is impressive with the burn issues correcting themselves and the ash holding for well over an inch. My only real complaint with this E.P. Carrillo is the draw is a bit more open than I’d like. Strength has picked up, starting the middle part around medium-full and ending right at the full mark. There’s a ton of sweetness in the retrohale as the cigar enters the final stages. I pick up sweet potatoes, much more creaminess and the earthiness is more generic and much reduced. There’s also still some sourness, though it’s quickly subsided by the big finish which has nuttiness and a lot of creaminess. I am forced to touch-up one sample, but otherwise construction is similar. The flavor and strength both let up just a bit from the middle portion, ending around medium-full. 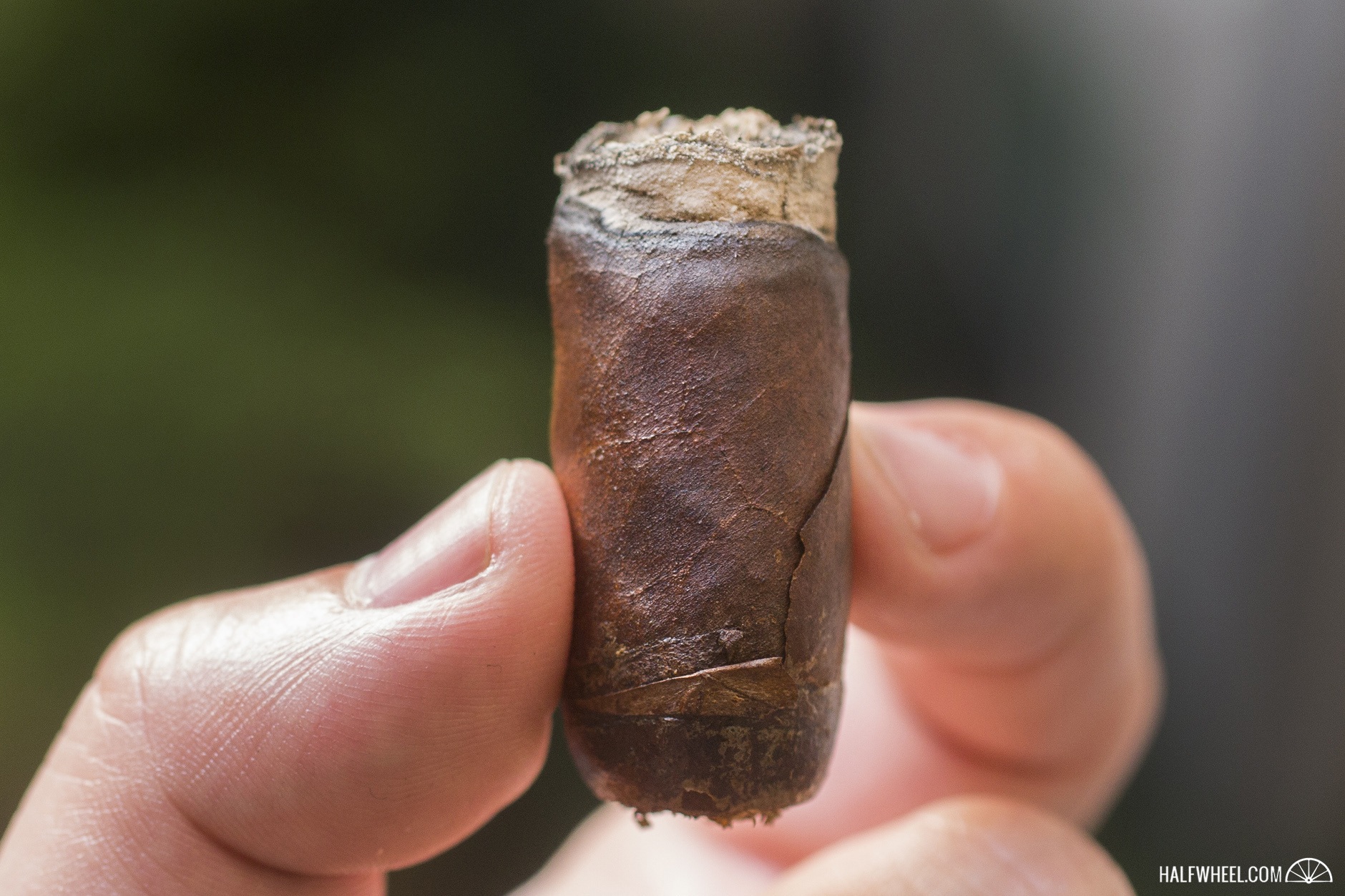 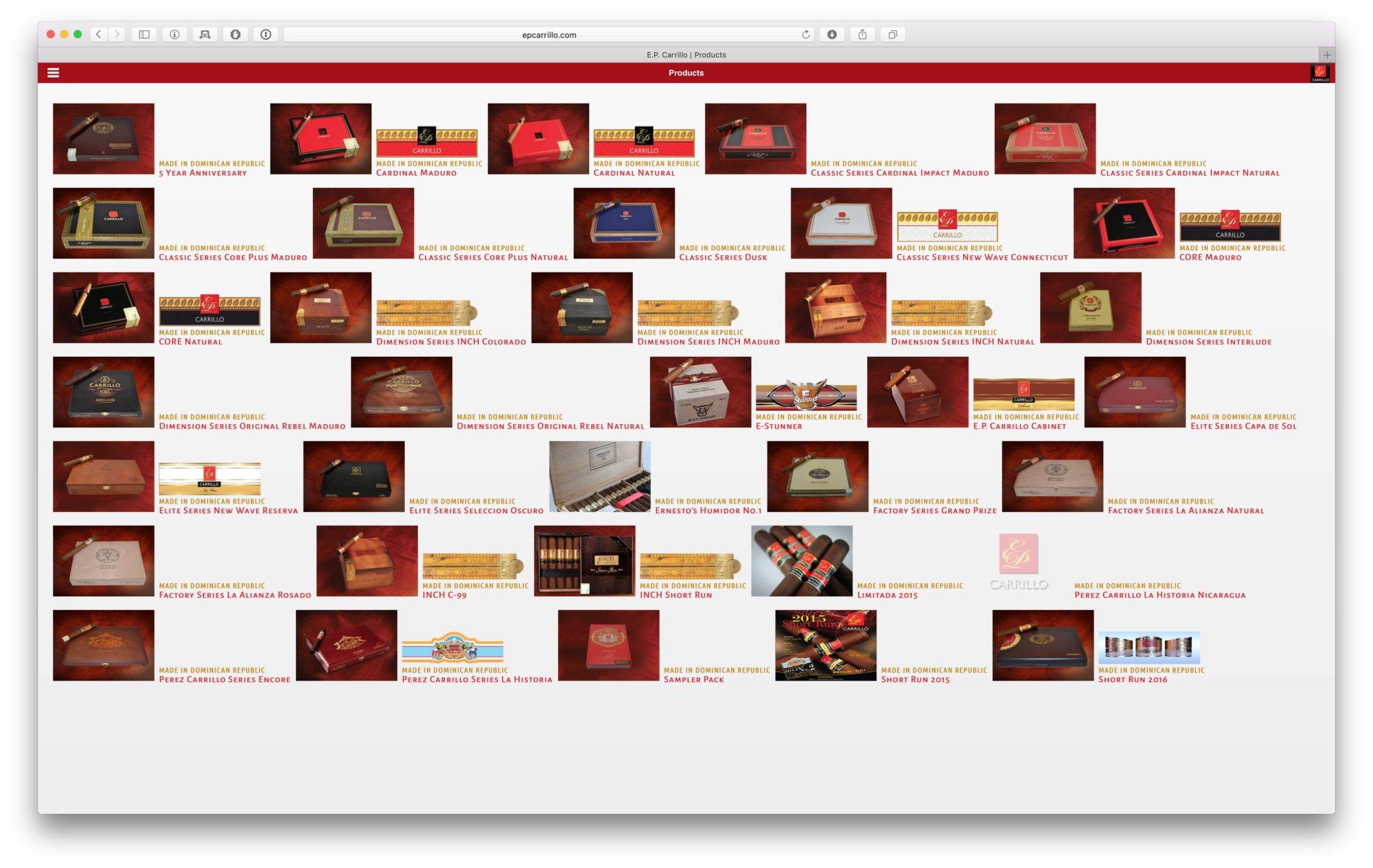 I am a bit troubled. I like Ernesto Perez-Carrillo Jr. and I have absolutely loved some of the cigars his company produced in its first few years. That being said, many of the cigars I’ve smoked from the company in the last two or three years have been bad. While my experiences are not indicative of every cigar smoker, I know there are others out there that have struggled to find the good in many of the E.P. Carrillo-branded cigars of late. If I was (just) a consumer, there’s a good chance I would never try the Original Rebel Rebellious. There are too many good cigars on the market to continue to smoke cigars from a company that more often than not has disappointed you. And yet, I hope many of those consumers aren’t like my hypothetical self. This is a good cigar from a passionate and gifted cigar maker. Is this as good as the Short Run 2010? No—but then again, few cigars of the last seven years have been. At the end of the day, it’s still a good cigar. If you are willing to give E.P. Carrillo another shot, this seems like a good candidate, though in full disclosure, I haven’t smoked any of the other new releases from the company.