In late 2011, it became known that E.P. Carrillo was planning an extensions to its limited Elenecos line, Elencos Oscuro. That December, the company shipped a handful of retailers a single box of the 6 x 54 Elites size as a soft launch for the line.

The following year came and went and without an Elencos Oscuro and eventually the company would privately tell inquiring minds that the release had been cancelled.

The Elencos line traces its history back to late 2010, when E.P. Carrillo released its second Edición Limitada, a 6 x 54 double robusto that was limited to just 10,000 cigars. While the first Edición Limitada had its detractors, the second garnered much more critical acceptance, including a 91 from halfwheel in December 2010. As such, fans of the cigar were hoping that it would be released in greater numbers, with rumors starting to emerge that a wider release would in fact be coming. Early in 2011, E.P. Carrillo announced the Elencos, which took its name from what he named the vitola in the 2010 Edición Limitada release, with the cigars arriving on shelves that April.

As it turns out, the regular Elencos was a limited release. A company spokesperson told halfwheel the company had always planned it to be as such, although it never seemed to be advertised as limited. In the age of 6 x 52 as being the de facto standard sized cigar, the E.P. Carrillo Elencos Oscuro Elites feels very familiar in my hand. It’s covered in a dark and earthy brown wrapper with a network of small veins and a good amount of toothy bumps, both of which give it some texture. It’s beyond a firm cigar, earning the title hard almost immediately upon a gentle squeeze, and shows almost no give whatsoever. From the foot I get a combination of damp soil, barnyard, cold coffee and a bit of chocolate syrup sweetness. The cold draw puts dark chocolate more towards the forefront, shuffling the flavors just a bit but keeping them on the stage together. While the air flow is a bit loose, it’s not concerning.

To say the first impressions of the E.P. Carrillo Elencos Oscuro Elites are a bit off-putting would be an understatement; while it would seem time would have imparted some smoothness and clarity, it’s a jumbled knot of heavy, sour flavors that simply don’t do a single thing for me. Fortunately they vanish fairly quickly, with table pepper fighting its way out of the muck before bright, clean chalk joins hold of the reins, a quick and very welcomed about-face for the cigar, as the flavors now have both order and clarity with a good amount of balance. The draw is just a bit open with plenty of smoke production, and the ash while decent falls off abruptly before it can reach an inch in length. With that first clump gone, the flavor begins a bit of a hollowing out, something I can’t say I recall in many other cigars. While the pepper and chalk stay present, they move to the sides of my tongue as the flavor gets a bit thinner and less commanding of the palate. Meanwhile, retrohales stay very white pepper-forward and aren’t the least bit shy in stimulating the olfactory nerves. I’m not quite sure if it was me or the cigar, but I didn’t get much of a signal that the second third was beginning, other than a visual one, until the pepper ramped up again just shy of the midpoint, while aromas of toast and coffee come through in the aroma. Right around the midpoint, the cigar starts shifting flavors very well, thickening up the smoke and delivering a complex offering that has a bit of earth, black pepper and a faint amount of dark berry sweetness that has been reduced and concentrated into such potency that just a drop does the job. There’s one point where the cigar turns a bit sour and metallic, a fleeting hiccup that lasts for just a few puffs before coffee starts to emerge as well in the final puffs of this portion, adding a bit more complexity to a rapidly developing cigar. Retrohales are still punchy and full, more well-rounded than they were earlier, and while not necessarily as needed as they might be in other cigars, certainly help to add another level of complexity to the cigar. The burn and draw remain above average, with plenty of smoke being produced and only a slightly unstable ash as the lone complaint. 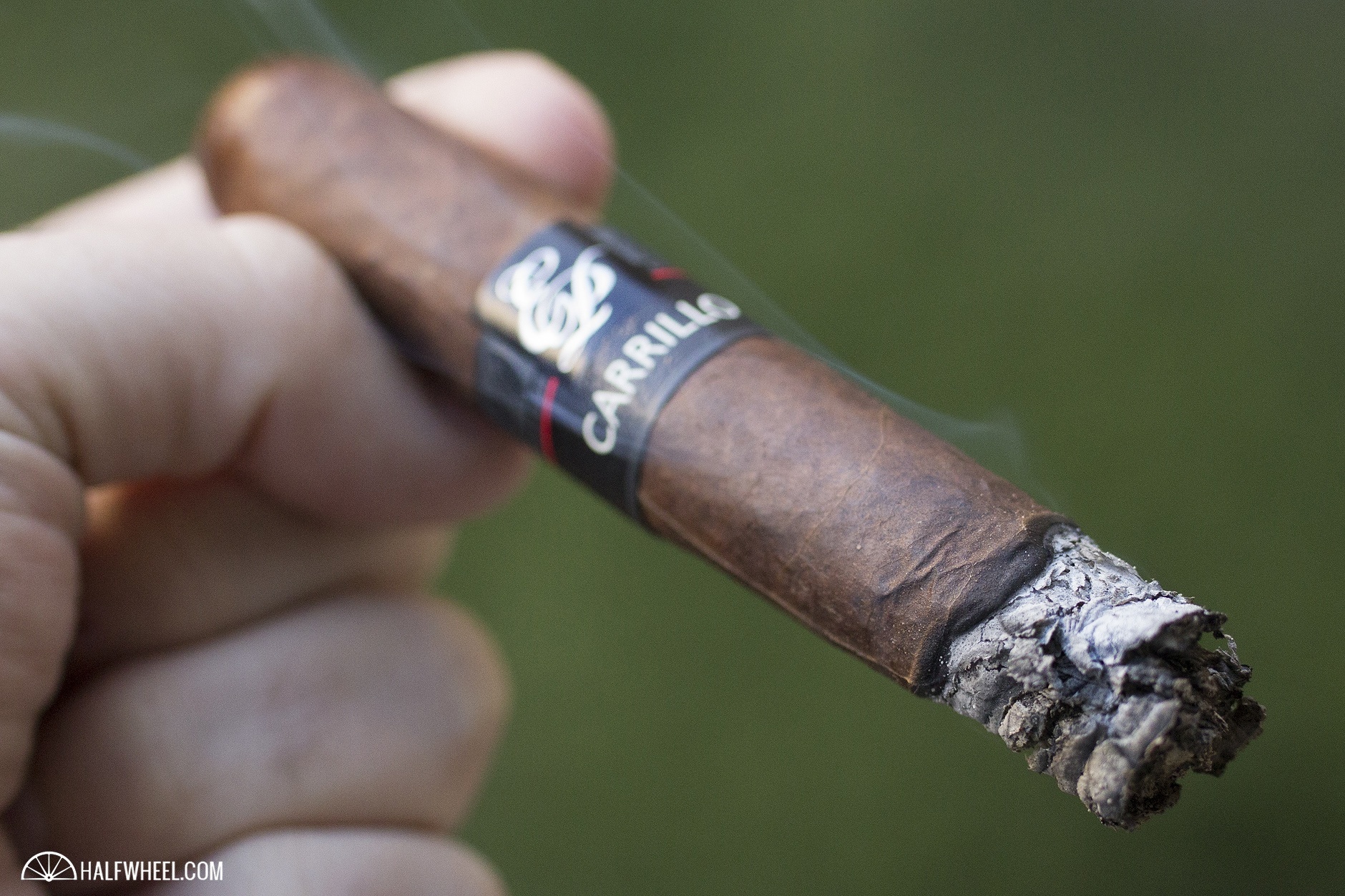 As the burn line crosses into the final third of the Elencos Oscuro Elites, an interesting physical reaction happens: with smoke now much closer to my face than it was before, each puff envelops the senses, sending smoke both into the mouth and nose with an almost gravy-like thickness. The progression of the burn has also brought on a bit of char to the flavor, as the heavy earth and coffee notes simply can’t take the addition of heat and the cigar quickly loses its appeal, starting from a slight bit with about two inches left and steadily building from there. It’s a struggle to get through the final inch or so, so while there is still a decent amount of tobacco to burn, it’s a clear signal to put this stick in the ashtray. In a certain way this feels more like a redux review and less like a Holy Grail Week review, as I find myself constantly comparing it to what I remember from several years ago. It has certainly evolved from the memory I have of it, shedding almost all of its sweetness and coming across much more peppery and punchy from start to finish. Other than the opening couple of puffs that are hard to enjoy and the feeling that I wanted to get more out of the final inch and a half, this is a very enjoyable cigar. While I can’t say that this cigar would fill a void in E.P. Carrillo’s portfolio were it to be released—or in the overall cigar universe, for that matter—it’s an enjoyable reminder of a great experience I had several years ago and a taste of what may have been.