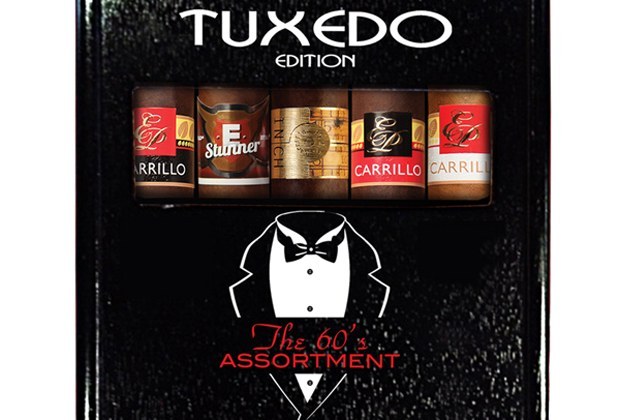 E.P. Carrillo is using a soon-to-be-released sampler called the Tuxedo Edition to unveil a pair of new 60 ring gauge additions to the Cardinal and E-Stunner lines. 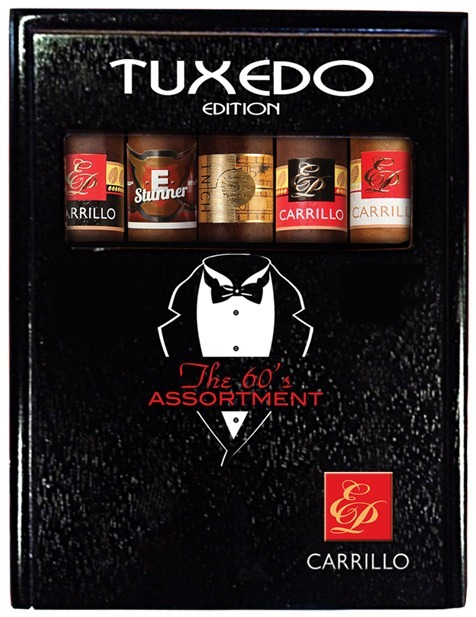 The company has been showing off the sampler on its Facebook page recently, with shipping slated to begin by the end of June. Contained in the sampler are five cigars all with 60 ring gauges: the previously released INCH No. 60, New Wave Connecticut El Decano and Core Line Natural Golosos, as well as these two new additions.

Both the Cardinal 60 and E-Stunner Limousin 60 become the fourth vitolas in their respective lines. The Limousin derives its name from the French breed of cattle by the same name, which keeps the addition consistent with the other vitolas in the E-Stunner line: the Corriente, Siboney and Brahman, all of which are breeds of cattle.