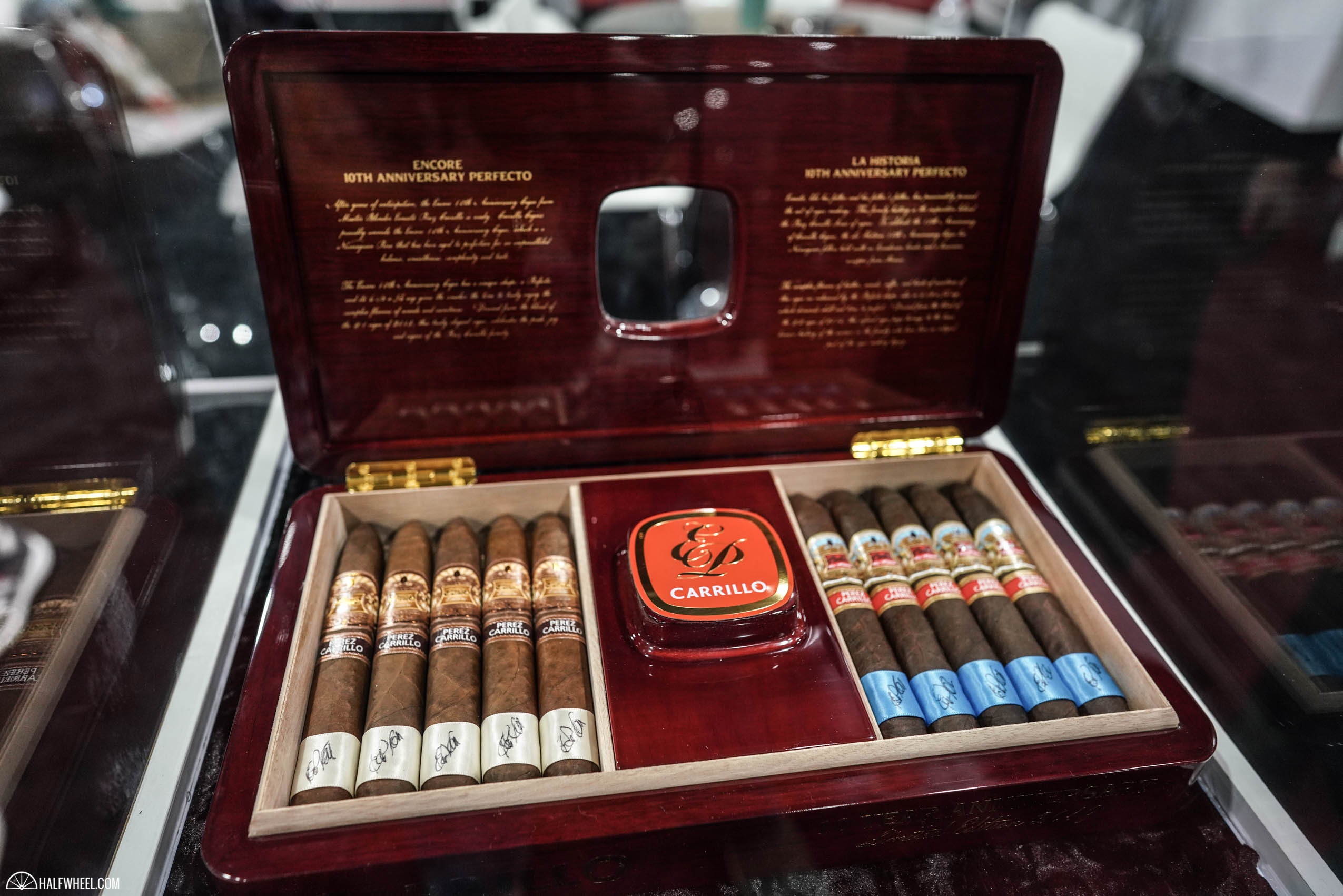 The cigars celebrating E.P. Carrillo’s 10th anniversary are on their way to retailers.

Today the company announced that the E.P. Carrillo 10th Year Anniversary has begun shipping to retailers. Inside each box are 20 cigars, 10 each of the La Historia and Encore lines in a new a 6 1/2 x 56 box-pressed, double figurado vitola.

Encore is a Nicaraguan puro, while La Historia uses a Mexican San Andrés wrapper, Ecuadorian Sumatra binder and Nicaraguan filler. The cigars are being produced at the company’s Tabacalera La Alianza S.A. in the Dominican Republic and feature a foot band  bearing Ernesto Perez-Carrillo Jr.’s signature. While the cigars celebrate 10 years of E.P. Carrillo, the man behind the company has been in the business for more than 40 years. Ernesto Perez-Carrillo Jr. began making cigars—notably La Gloria Cubana—in Little Havana on Miami’s Calle Ocho with his father before working with General Cigar Co. He launched his current company in 2009 with the help of his children, Lissette and Ernesto.