There is perhaps no more impressive collection of cigars under one name than Dunhill’s Selección Suprema.

The line came about in 1935 when Dunhill, the legendary British retailer, asked Cándido Vega Díaz—a man who once owned the El Rey del Mundo brand—to make a special cigar for the store. That cigar was the Don Candido and it began the Selección Suprema line.

It would grow to include a long list of cigars from various factories and brands that were made in unique sizes and with select tobaccos from Dunhill. By the 1960s, there were over 40 different cigars offered as part of the program at one time. In 1984, Cubatabaco began producing cigars under the Dunhill name, something that lasted until 1991.

Since then, the brand has lost some of its luster. It’s now owned by British American Tobacco and distributed in the U.S. by General Cigar Co.

Last year marked the 80th anniversary of the Don Candido and Dunhill decided to celebrate with a special limited edition. It combined the Signed Range name, Dunhill’s most noted modern line, and Selección Suprema. The cigar is produced in the Dominican Republic by General Cigar Dominicana using a shade-grown wrapper from Jalapa, Nicaraguan, broadleaf binder and Brazilian and Nicaraguan fillers. 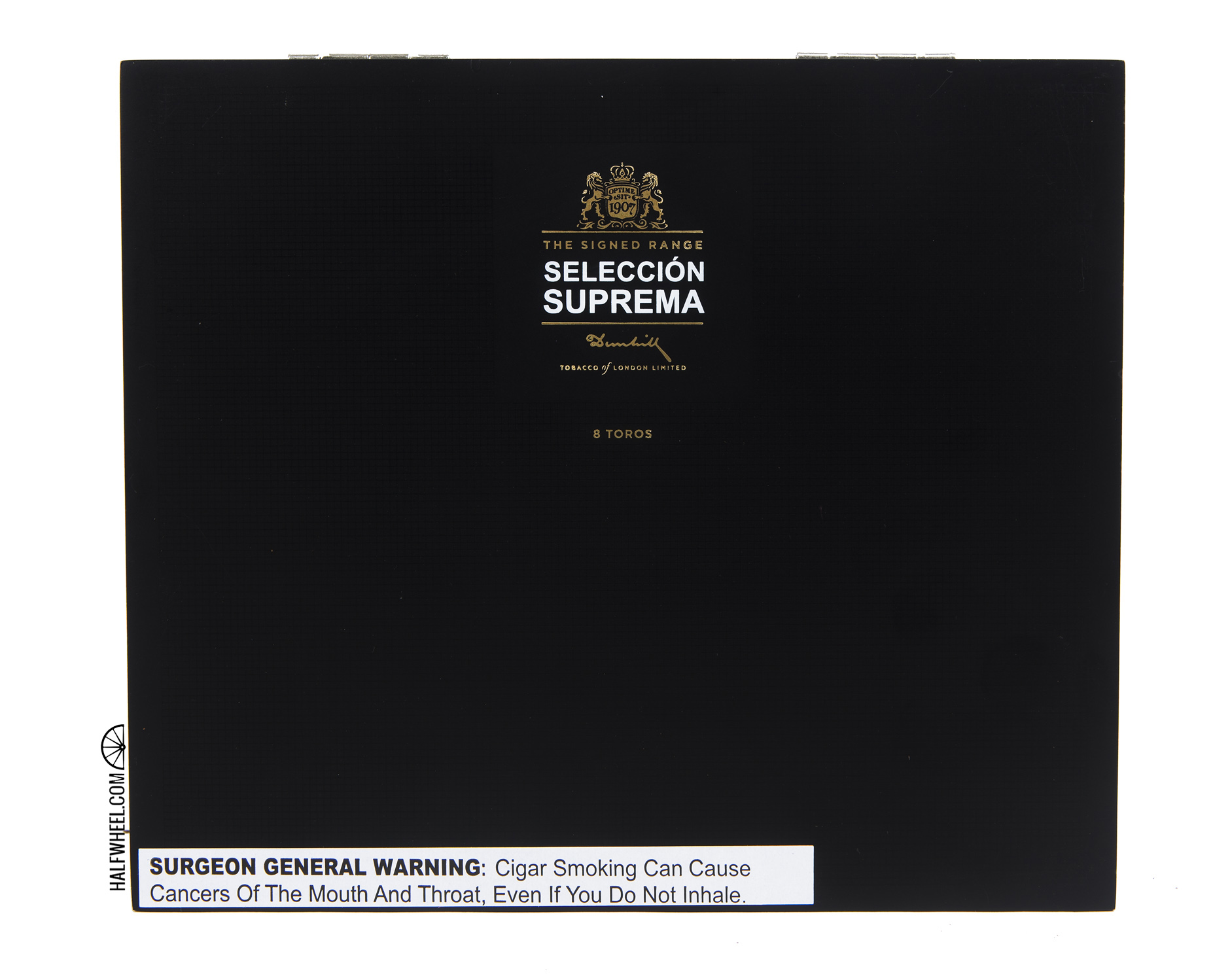 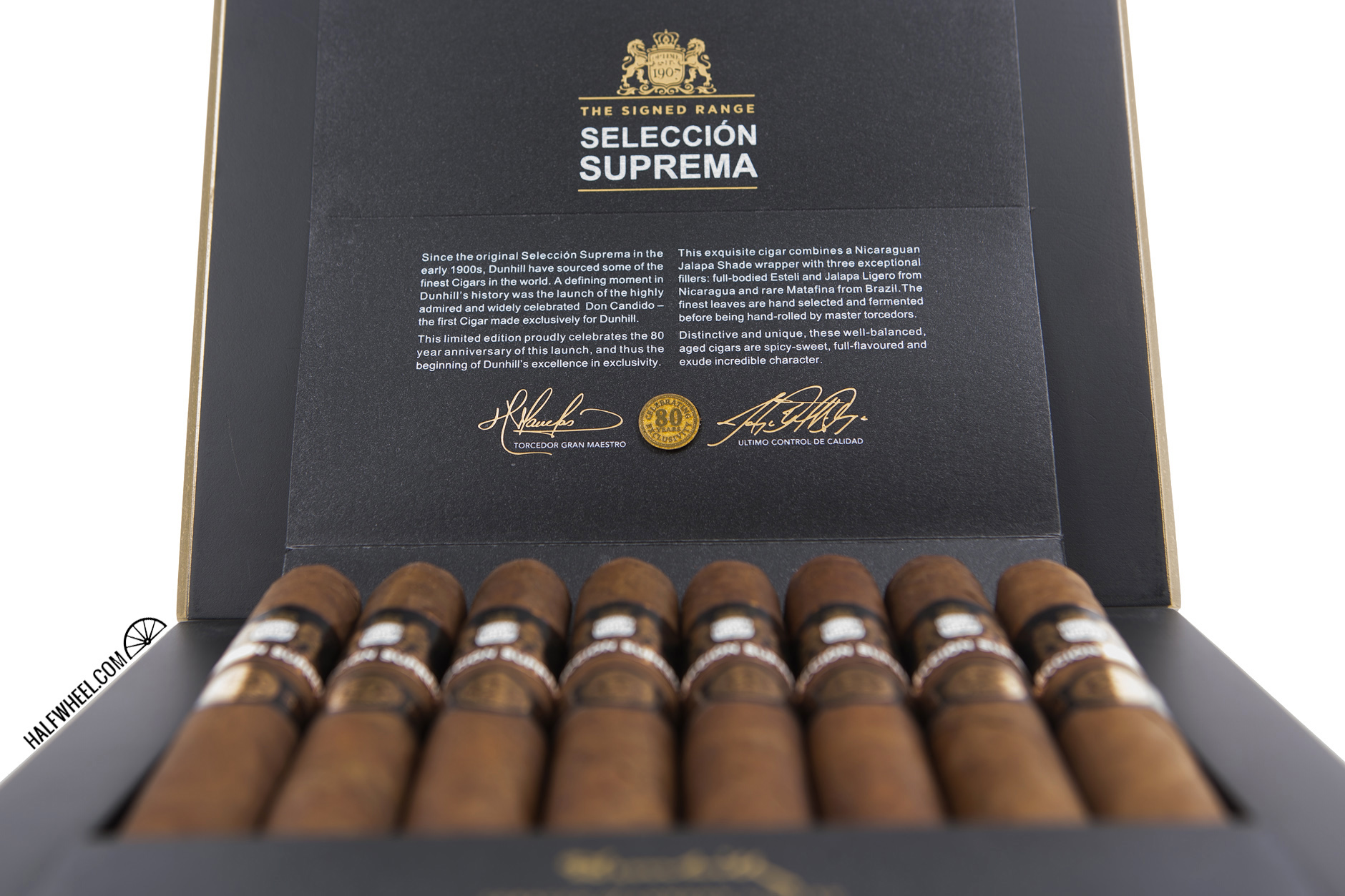 It was rolled in a single, not very traditional, 6 x 50 size and presented in boxes of eight. Like some of the higher-end offerings from General, when opening the lid, the cigars are actually articulated on a tray, which is a nice touch for a $20 cigar. The wrappers are fairly dark and the box that we received didn’t have the most uniform of colors. The bands are a bit challenging to photograph, but in person they actually look really good: a nice mixture of matte and metallic finishes. There’s not a ton of aroma from the Nicaraguan wrapper with just a bit of dry hay. The foot smells very Cuban with some twang, bubble gum, hay and a bit of vanilla ice cream. That Cuban theme continues to the cold draw: hay, twang, bubble gum, a touch of leather and a salty soy sauce.

The sweet bubble gum flavor is present on the first puff, joined by some dry earth, oak, coffee bean and a bit of unsalted popcorn. The first few puffs are a bit challenging due to an open draw, but it eventually provides some resistance and shows a flavor profile that is quite good. Once settled, the Signed Range Selección Suprema tastes remarkably Cuban with a controlled cedar, sugary base, lemon, earth and some Pringles-like saltiness. The flavor and body are both medium-full with a strength around medium. There’s a noticeable uptick in said strength, to medium-full, in the second third of the Dunhill. Flavor-wise, things are still quite Cuban with some sweet cherries on the nose along with sugar cane, roasted coffee bean and a sour lemon. There’s earthiness and sawdust in the back, along with a French onion soup-like meatiness and burnt coffee on the finish. Mild spices are around the tongue, but it’s extremely restrained. The draw tightens up a bit before the halfway mark and then opens back up a bit, providing a bit more smoke. It’s well within my range for the vitola and my complaints of an open draw have long since passed. 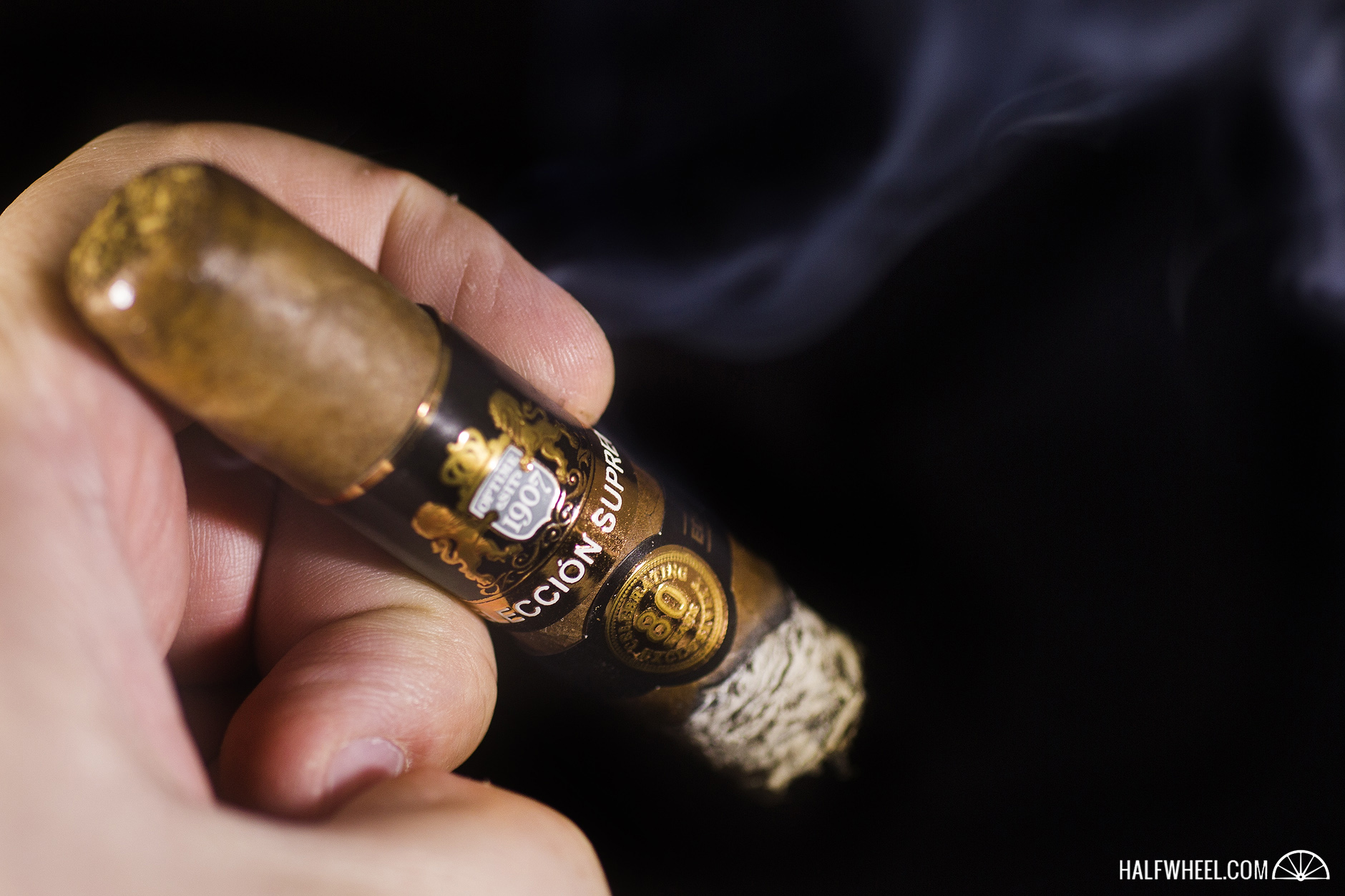 Within a few puffs, the coffee note has driven to the forefront, overtaking the earthiness that is still present. Things are relatively the same, when I slow down a bit there’s some added spices and saltiness in the throat, but otherwise my notes look very similar to the middle portion. With a half inch left the Dunhill quickly turns sour, letting me know it’s time to end the party. Much like the last time I talked about a non-Cuban cigar tasting quite Cuban, it doesn’t necessarily mean you have created the best cigar in the world. This is not a replica of the better Dunhill Seleción Supremas from the 1950s or 1960s, but there really isn’t much that is. I, like many, thought that while honoring the 80th anniversary of the legendary series was a great idea, it was almost a laughable task to create a cigar as good as some of the Selección Supremas were. While I don’t think this is that kind of caliber cigar, it’s an outstanding cigar in its own right. The hype is real; I’ll feed the machine one more time.