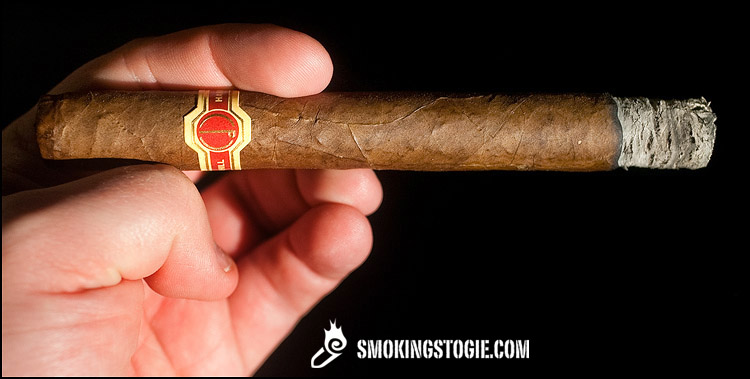 As I have said before, one of the most interesting brands in cigar history has always been Dunhill, and the Dunhill Estupendos is one of the rarest vitolas that they produced. It is also one of the two vitolas that came in a tubo.

The Estupendos came packaged in aluminum tubes, and were sold in boxes of 10. 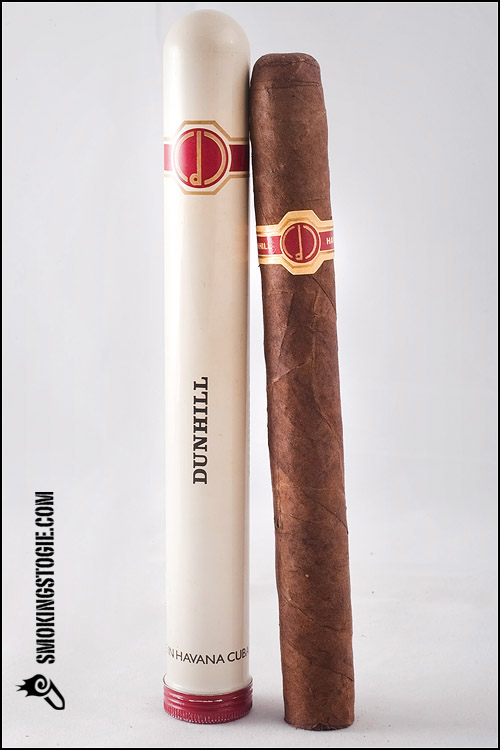 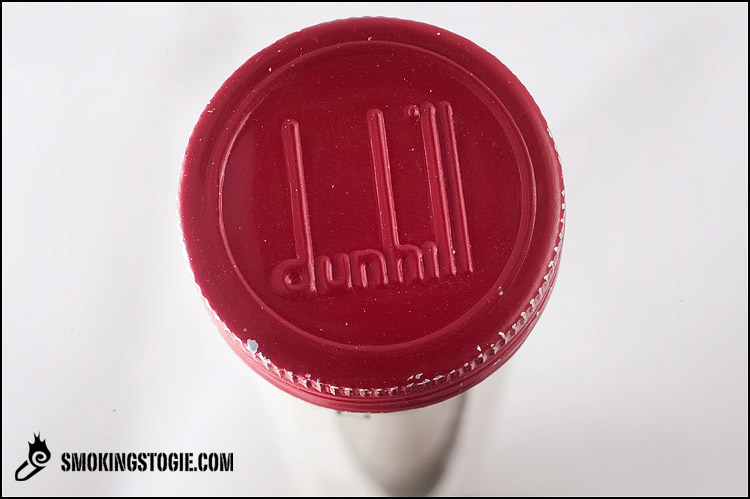 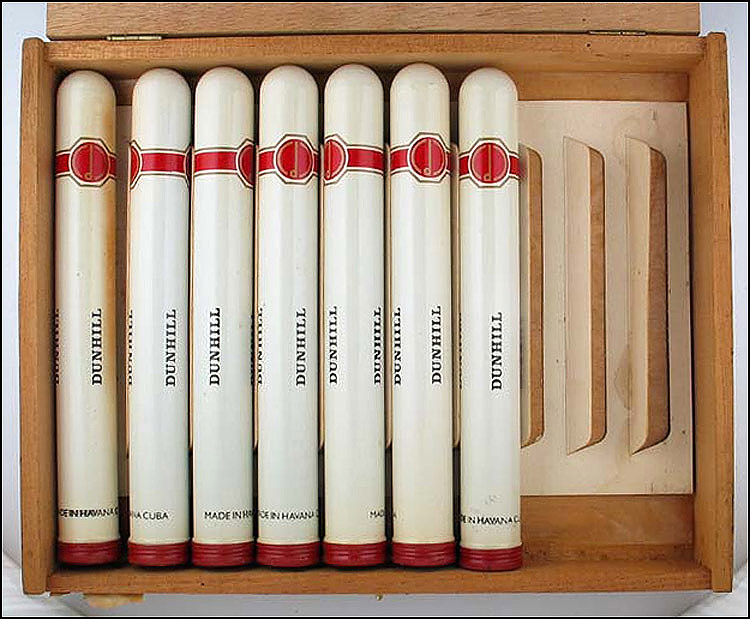 For the history of the Dunhill brand, Wikipedia has a concise one.

Charlie Minato has this to say about the cigars origins.

These were rolled at the old Real Fábrica de Tabacos Romeo y Julieta (852 Belascoain Street.) The factory is now known as Briones Montoto or more commonly “new H. Upmann” as it is currently the home for the production that used to take place at Upmann. Old H. Upmann, offically known as Heroes of Moncada, is undergoing renovations. Dunhills were made at a few factories over the course of history, and tax stamps weren’t used. The most recent Cuban Dunhills, those from the 1980s, were made at Real Fábrica de Tabacos Romeo y Julieta. Much thanks to Christoph Wolters of La Casa del Habano Hamburg for assistance on that. Another interesting tidbit, the old Romeo y Julieta factory (Briones Montoto) is the homeshop to the roller Jaime Parede, better known as “Hamlet.” 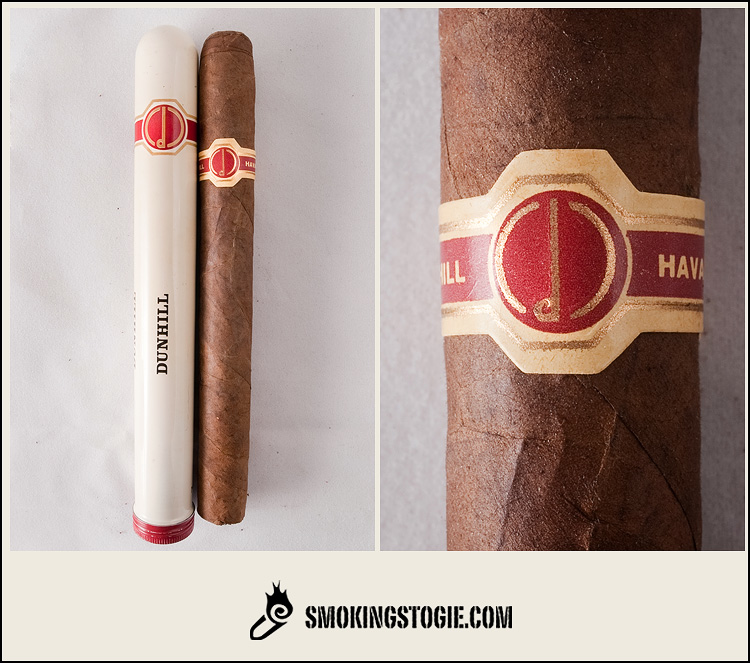 The cigar itself is fairly large, although not the longest in the line, that would be the Havana Club. The wrapper is a dark brown, has quite a few veins, and is pretty bumpy up and down the length. It is firm when squeezed, but not overly so. The wrapper smells slightly of cedar, which is not surprising, considering there is a sheet of cedar in the tube it was stored in, spice and what I swear is apples. In fact, when smelling the wrapper, I instantly thought of spiced apple cider, and that is what I am sticking with. The cold draw is the same spicy cedar with a bit of hay.

The first third starts out with huge flavors right off the bat. I taste leather, cedar, licorice and sweet earth for most of the third, but it calms down as the second third nears.There is not that much spice or pepper, a bit, but not much, and it was a fairly mild start strength-wise.

Around the start of the second third, the profile shifted abruptly and the cigar turned extremely sweet and creamy with notes of nuts, leather and wood. There is more spice present, especially on the retrohale and it is the ideal amount to compliment the flavors without overwhelming them. 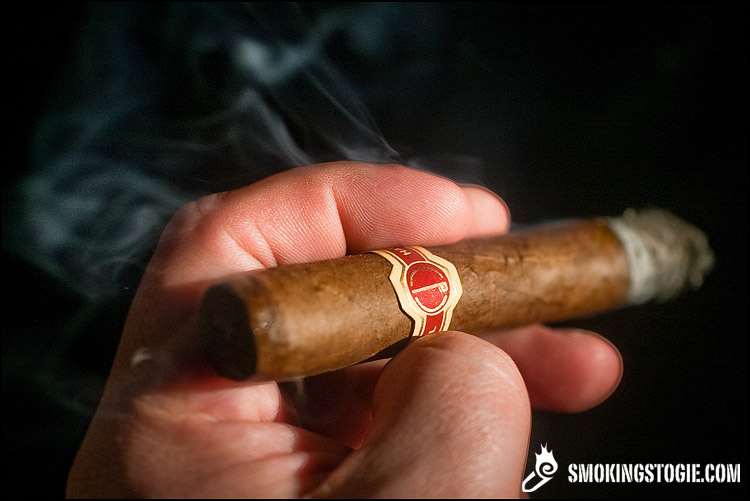 The final third features yet another profile shift, this time with quite a bit of espresso, dark chocolate, and less sweetness. There is an interesting floral note that creeps in towards the end as well. The spice that is present continues to ramp up as the cigar ends and was actually quite strong at the very end, but never strong enough to take away from the flavors. A very dry finish as well. 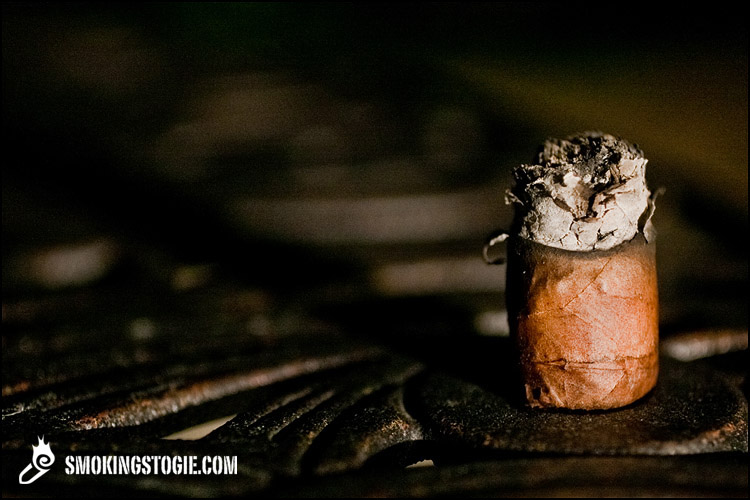 I was absolutely astounded by the multitude of flavors that were present during the smoking of this cigar. There have been very few cigars I have smoked that had the complexity, finesse, smoothness and refinement that I tasted, with each flavor distinctly noticeable. It changed profiles so many times, it was like I was smoking three different cigars, each excellent in its own way. I have smoked quite a few cigars, from fresh off the rolling table to sticks that are almost 100-years-old, and this was one of the best cigars I have ever, bar none.