In 1893, the business now known as Alfred Dunhill Ltd. was officially launched under the name Dunhill’s Motorities selling a line of automobile accessories. That entity eventually grew to become the business we know today, which includes cigarettes, lighters, clothing, fragrances and other men’s accessories.

Notably not included are cigars and pipe tobacco. Last year, British American Tobacco, which owns the rights to the Dunhill name in the tobacco category, decided to discontinue the cigar and pipe tobacco production, instead focusing on cigarettes.

Dunhill’s cigar history is best known for the cigars made in Cuba. Back when the company was still a retailer it would commission special cigars made at various Cuban factories. That stopped after the Cuban Revolution, but in the late 1970s Cubatabaco, the government-owned tobacco monopoly, began producing cigars for Dunhill.

Like Davidoff before it, Dunhill opted to move its cigar production away from Cuba in the early 1990s and in 1993, this cigar was released to celebrate the company’s 100th anniversary.

Centena translates to 100, a reference to the company’s age. The 1989 part of the name comes from the year of the harvest used for the Dominican tobacco.

However, these limited edition versions were aged for three years before being rolled and according to the information sheet that was included in the boxes, the finished cigars were then “matured in dark, cedar lined rooms.” In addition, each box was individually numbered with a Master Blender’s serial number. Covered in an extremely dry, golden brown wrapper that reminds me strongly of parchment, the Dunhill Aged Centenas 1989 is visually appealing, even sans the curly cap that has been lost somewhere along the way. There are three small soft spots between the band and the foot that I can feel and it has some nice give to it when it is squeezed. Aroma coming from the wrapper and foot is a combination of faint cinnamon, hay, cedar, nuts and slight vanilla, while the cold draw brings flavors of bread, apple pie, aged cedar, milk chocolate and earth. Starting off the first third, the Dunhill Centenas features a very muted combination of flavors, none of which are particularly dominant over the others: aged cedar, leather and varnish along with a bit of indeterminate sweetness. Surprisingly, there is a significant amount of spice on my tongue along with some slight white pepper on the retrohale, both of which don’t seem to be going anywhere anytime soon. While the draw is excellent so far, the burn becomes wonky enough that I have to touch it up and the smoke production is on the low side of normal. Strength-wise, the Dunhill starts out extremely light and stays that way, not even sniffing the medium mark by the time the first third comes to an end. 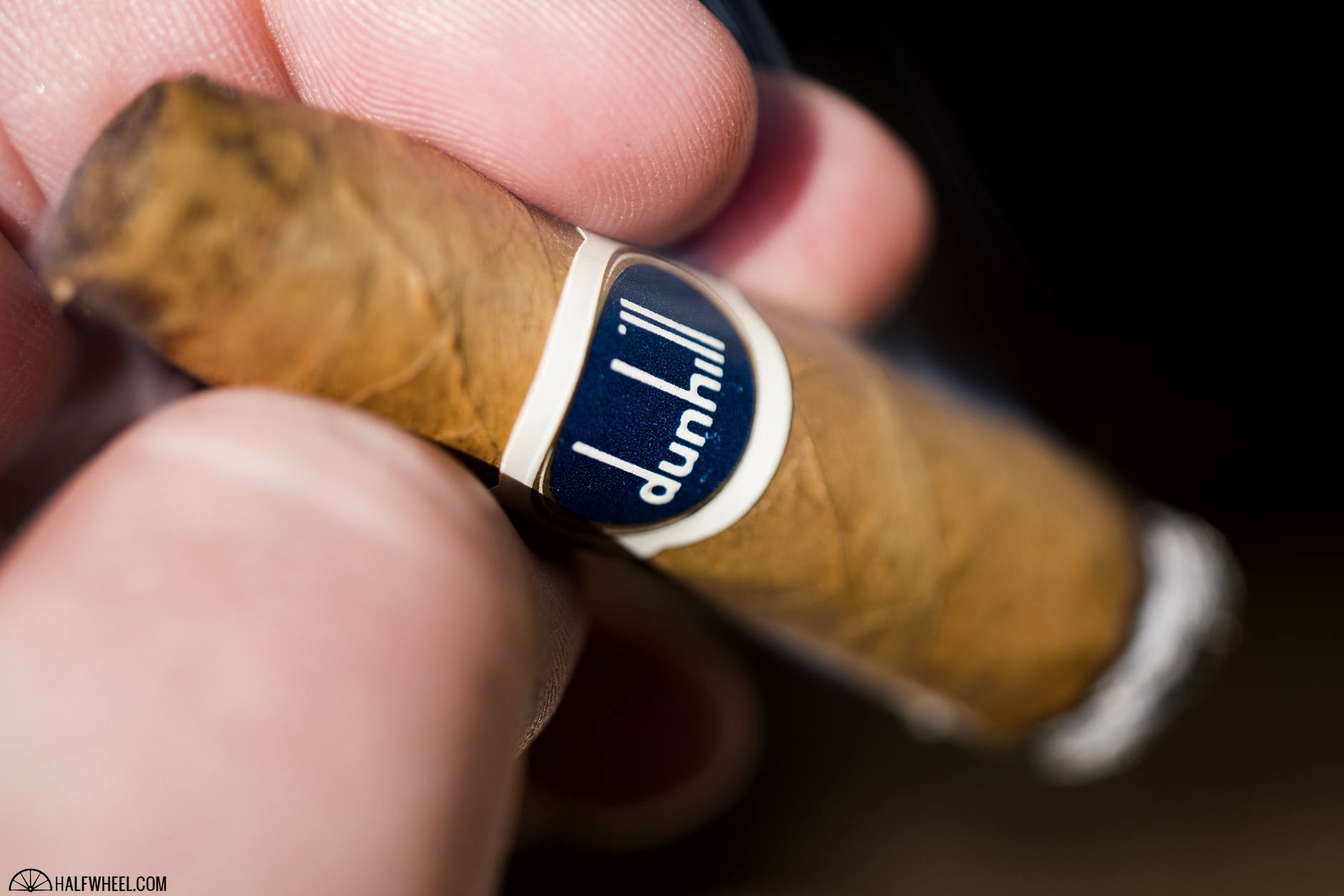 Unfortunately, the second third of the Dunhill Aged Centenas 1989 is identical to the first, with the same aged cedar, leather and varnish notes on the palate as well as the same indeterminate sweetness on the finish. Interestingly, the spice is still very much present on my tongue and the white pepper on the retrohale has increased a touch, although the same can’t be said for the sweetness on the finish, which is still much to restrained to pinpoint. Construction-wise, the draw continues to impress and the burn evens up nicely, while the smoke production increases slightly. By the end of the second third, the overall strength seems to be stuck at the light setting and is giving me no indication it is going anywhere north of that anytime soon. The Dunhill Centenas 1989 holds no surprises during the final third with the same monotonous profile containing virtually nothing but earth, cedar and leather, along there is slightly more generic sweetness on the finish as well. The spice remains a constant attribute—albeit a bit less aggressive as the burn gets closer to the nub—and the white pepper on the retrohale has decreased a bit as well. Unsurprisingly, the strength ends up about where it started, but the construction ends the cigar on a high note, with a great draw and trouble-free burn until I put the nub down with less than an inch left to go.

Everything about this cigar screams extreme age: from the look and feel of the wrapper to the band and even the fairly linear profile, albeit with significantly more spice on my tongue than I would have ever expected. Construction was decent overall with an excellent draw after a simple Dickman cut and great smoke production, although I did have to touch up both of the samples a couple of times. However, the biggest issue was the flavors in the profile, which were not only extremely mild but also at times extremely difficult to pinpoint, leading to a profile that was quite muddled at the best of times and downright boring at the worst of times. In the end, while there is no doubt that I have had worse cigars that have been aged for 25 years, this is not a release I would seek out or spend money on.