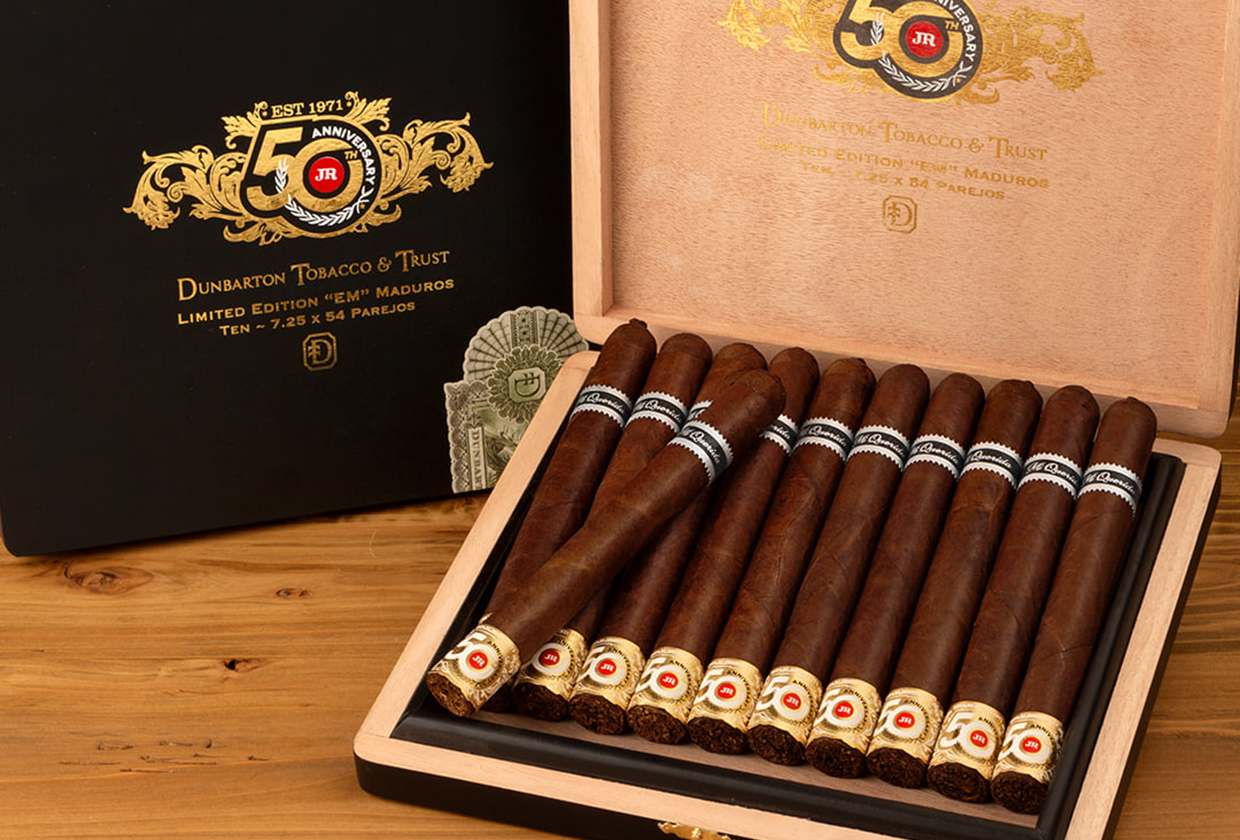 Dunbarton Tobacco & Trust is releasing a limited edition in celebration of JR Cigars’ 50th anniversary, and while it will be a small run, it won’t be the last you’ll see of the blend judging by a Facebook post by company owner Steve Saka.

It’s the Dunbarton Tobacco & Trust Limited Edition “EM” Maduro, which not only celebrates the retailer’s anniversary, but which Saka said is a sneak peek in to a future Mi Querida release that is slated for 2023. Currently, that project is being referred to as Mi Querida Black, a name that comes in part from the fact that the cigars wear black and pewter Mi Querida bands. As for the EM part of the name of the cigar heading to JR Cigar, that is a nod to Ed McVey, a former buyer for the retailer. 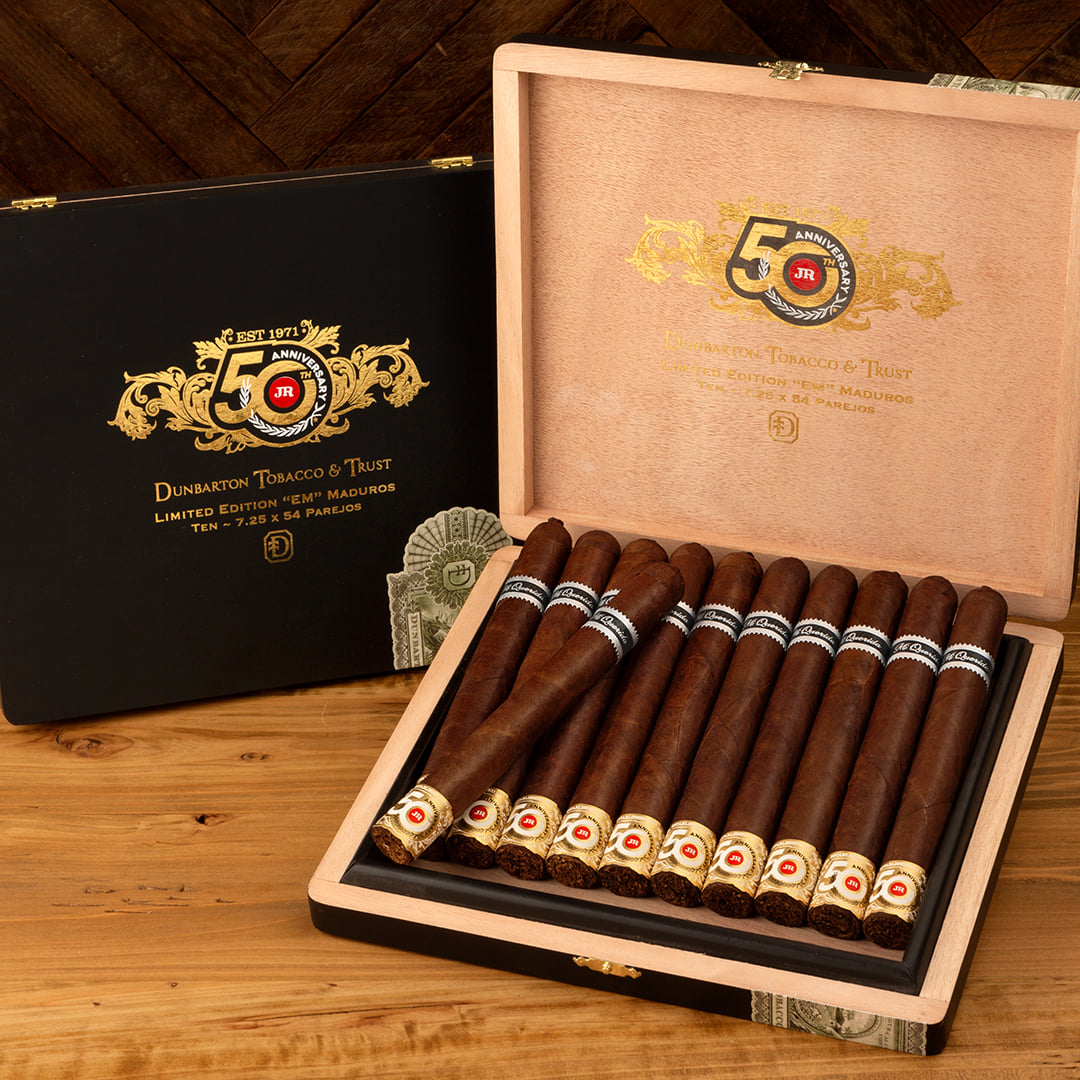 “It is only fitting that this cigar first be used to celebrate JR Cigar’s 50th anniversary as its inspiration was the maduro cigars that Ed McVey, the longtime cigar buyer, and I smoked during our tenure over two decades ago at JR,” Saka said via a press release. Saka previously worked for JR Cigar as an executive consultant.

As for what Saka is sending to JR Cigar, it’s a 7 1/4 x 54 parejo that uses a Connecticut broadleaf No.1 Dark wrapper, a Mexican San Andrés negro binder and fillers from Nicaragua, Honduras and the Dominican Republic. It is being made at the NACSA factory in Nicaragua, with just 500 boxes of 10 cigars created. Pricing is set at $14.95 per cigar and $149.50 per box. Saka noted that additional details about the cigar will be released on Dec. 1 via a Facebook Live event scheduled for 4pm ET.

Update (Nov. 29, 2021) — JR Cigar issued a press release about the cigar today, which included pricing, additional blend information, the factory making the cigar, and quotes from Saka. Additionally, the cigar’s name has been updated to reflect how JR Cigar will be referring to it.