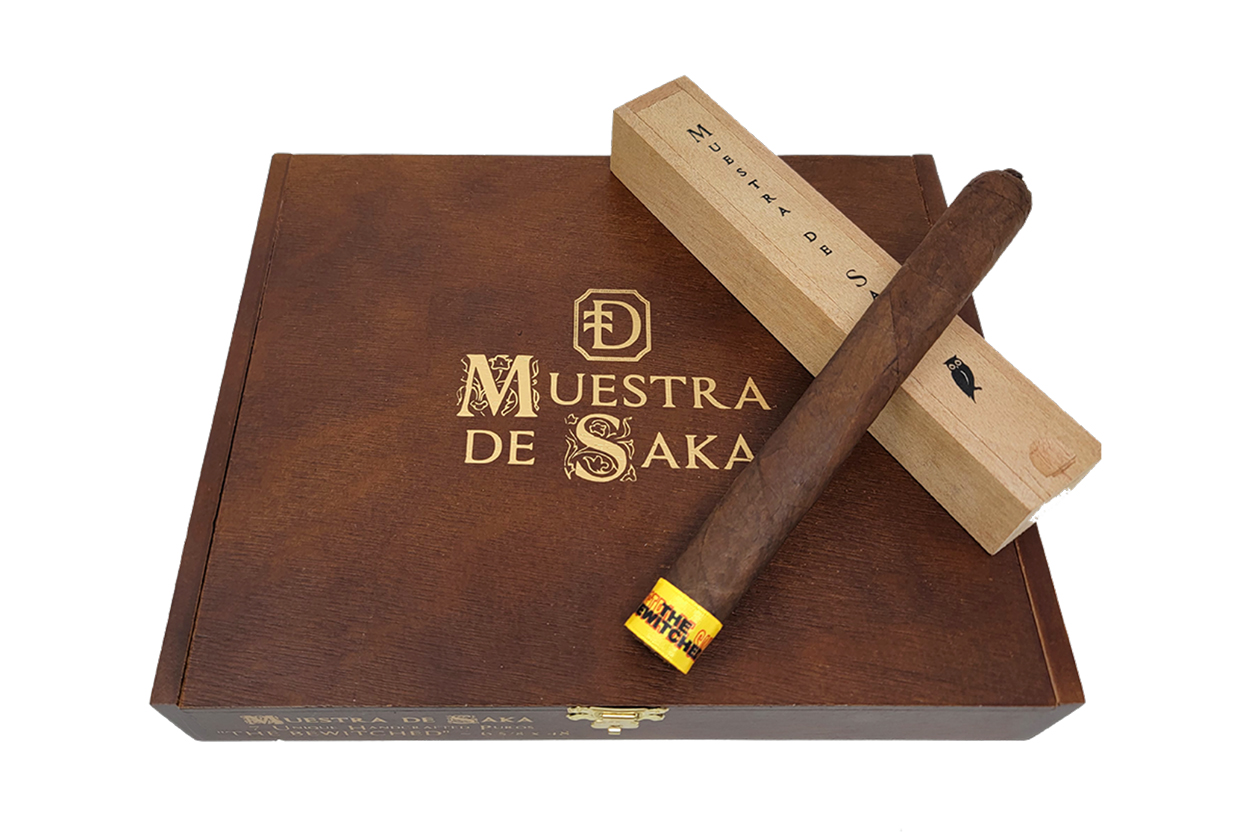 After teasing its release in early February, Steve Saka of Dunbarton Tobacco & Trust has announced details of his newest Muestra de Saka release, which is called The Bewitched.

The cigar is offered in a 6 5/8 x 50 prensado vitola that comes with a spiral cap. The blend features an Ecuadorian habano-seed wrapper, the company’s exclusive Cultivo Tonto San Andreas Negro binder that is grown in Mexico, and a mix of Nicaraguan and American-grown fillers, which results in a medium-plus bodied smoke that Saka described as “entrancing.” The cigars are being made at the Fábrica de Tabacos Joya de Nicaragua S.A. factory. “Originally this was a liga I created to celebrate the Owl Shop of Worcester’s 75th Anniversary,” said Saka in a press release. “For those of you who know Zack and his shop, please know we do so with his blessing. In fact, he is the one who said this cigar was too good to not share it with our other accounts, so please thank him on my behalf. I was ecstatic that Zack blessed my crafting more because from the moment I finished this liga I was spellbound by it, so much so I decided we would call the release ‘The Bewitched’ because of how it so captivated my own palate: So intricate, so harmonious, so refined, so difficult to define, yet so difficult to ignore. Everyone I smoked made me want to smoke another.”

It is those roots that ended up giving the cigar its name, as Saka said that in Nicaraguan culture, owls are regarded as witches. It was that coincidence, along with the store’s encouragement to make more of the cigar, that led to The Bewitched getting its name.

The Muestra de Saka The Bewitched will be come in individual coffins and be priced at $19.75 per cigar. Each box, which will have an MSRP of $138.25, will contain seven of those coffins, and while it will be an ongoing production, the initial run is limited to 2,500 boxes. It is slated to be released this summer, though no specific date has been announced. The company has begun taking orders for the cigar from retailers.

The announcement of The Bewitched’s upcoming release came alongside news that Saka was delaying the release of another Muestra de Saka release that he had named Krakatoa, a nod to the famous volcano that is located in between Indonesian islands and which killed over 35,000 people following an eruption in 1883. Befitting the name, it is described as a “much more peppery, robust and strong presentation,” though Saka did not give any details about the blend, other than to say that he had been working on it for more than two years but was still not satisfied by it.

The Muestra de Saka line, which debuted in March 2017, is a collection of cigars that use various blends, vitolas and factories, and which Saka described as “a line of unique blends and vitolas made in extremely limited quantities that reflect the blending machinations of myself.” The name translates as “sample of Saka.” So far there have been five widespread releases: There is a sixth cigar in the group, the Muestra de Saka U-Boat, a 7 x 50 Churchill that is an exclusive to Rocky’s Cigars in Syracuse, N.Y. It is a modified blend of the Unstolen Valor, and has been released in both 2020 and 2021.